Why “Last Action Hero” Was Almost A Great Movie

Some movies and TV shows just fail to find an audience when they initially come out. Some are even ahead of their time in terms of concepts, themes, and storytelling. It’s how movies like “The Princess Bride,” “The Big Lebowski,” or “Community” go onto become cult classics, despite not getting much acclaim when they came out.

I have a soft spot for those movies too. Everyone has at least one movie that they feel strongly about in a way that doesn’t quite match the popular sentiment surrounding it. It’s not always the case that you love a movie that everyone else hates, although that does happen. In some cases, you just have that one movie or show that confounds you with so many mixed feelings.

A part of you loves it on a personal level.

Another part of you hates it for certain flaws you can’t overlook.

Overall, you’re just not sure what to make of it. For me, this perfectly sums up my feelings on “Last Action Hero.”

First off, if you’ve never seen this movie, I recommend that you check it out. It’s a movie that feels very out of place in an era dominated by superhero movies, Pixar movies, and Oscar bait. This movie was a sloppy convergence of trends in the mid to late 90s. It was an era in which Arnold Schwarzenegger was at the height of his power and every month brought at least one “Die Hard” rip-off.

As a concept, it was still groundbreaking for its time. “Last Action Hero” built a story around a movie-loving kid named Danny getting pulled into a generic, over-the-top Schwarzenegger action flick through the use of a magic movie ticket. Action, comedy, and hi-jinks ensues. It has plenty of objectively great moments that demonstrate why Schwarzenegger movies are so entertaining.

However, at the end of the day, it’s not a great movie.

I say that as someone who watched this movie multiple times in the late 90s. Even then, I understood it had a shady reputation, even among fans of Schwarzenegger. I even remember the jokes some people made about how bad it was. While I don’t think the movie is that bad, it’s still not great. It could’ve been great, but it fell short in critical areas.

Even as a kid, I saw the flaws. For one, it’s too long. The movie suffers from a lot of bloat and side-plots. At times, it drags, especially towards the end. It tries to balance itself out with more action and comedy, but it doesn’t work. If anything, it makes things worse.

In addition to the length, it’s a movie that tries too hard to do too many things. On paper, it has two compelling concepts. One involves a kid actually venturing into an action movie and experiencing what it’s like first-hand. The other involves someone finding out that they’re a fictional character within a fictional world and having an existential crisis about it.

These are both quality concepts that could make for great stories. However, “Last Action Hero” fails at handling both because it tries so hard to blend them together. If it had stuck with just one and pursued it to the utmost, then it would’ve been a very different movie. I also think it would’ve been a better movie. By trying to use one plot to supplement the other, they just end up falling apart in the end.

For its time, it was a bold idea. It went out of its way to parody some of the overplayed clichés that dominated every other action movie at the time, including ones starring Arnold Schwarzenegger. I think if the movie came out today, it would actually work better. Audiences respond more to that kind of meta-commentary than they did in the 1990s, as the success of “Deadpool” can attest.

Even if it did come out today or just five years ago, I still think it would fail to find an audience. It’s just too messy and disorganized. It has everything else going for it, from the plot to the acting to the concept to the effects. It just doesn’t blend together.

That’s a shame because it’s still a fun movie. I often find myself watching the first half-hour and enjoying it. Right around the halfway point, though, I usually turn it off because that’s when it starts to drag.

It still has a special place in my heart and it always will. For that, it’s good enough in my book.

How “Groundhog Day” Helped Make Me A Romance Fan

Many of us remember the movies, TV shows, novels, comic books, or video games that helped make us fans of a particular genre. They’re often profound moments in our lives, sparking a passion that inspires us to explore a world we didn’t know existed.

Movie buffs have that one movie that made them a fan of film.

Hardcore gamers have that one game that helped make them a fan of video games.

Comic book fanboys have that one comic that inspired them to dress up in elaborate costumes at comic conventions. 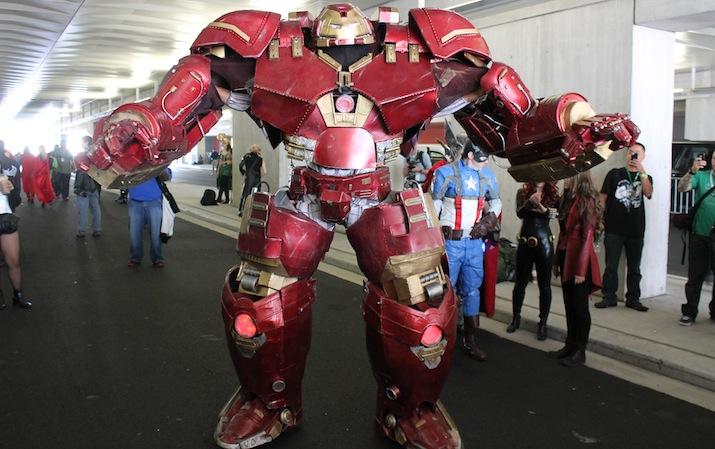 For romance fans, it’s no different. There’s often something that sparks our interest and inspires us to explore love, lust, and everything in between. Sometimes, it’s a book. Sometimes, it’s a personal moment. For me, it was a movie. Since today is February 2nd, I think most can already guess which movie I’m talking about.

That’s right. One of the catalysts that inspired my love of romance was the classic Bill Murray movie, “Groundhog Day.” While I won’t say it’s the sole reason for me becoming a romantic, seeing this movie marked a turning point for me. It marked the first time I enjoyed a movie because of its romantic sub-plot and not in spite of it. While it wouldn’t be the last, its impact is still special. 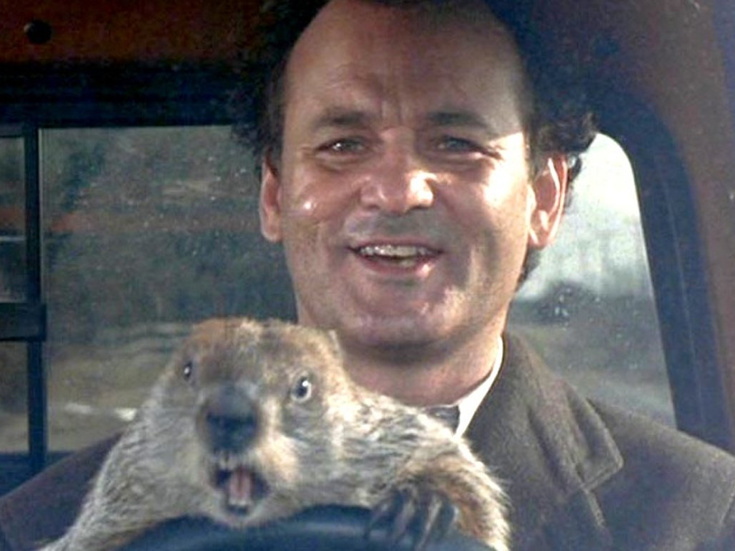 To appreciate that impact, I need to get a little personal about when I saw this movie and how it affected me. I didn’t see this movie when it was out in theaters. At the time, I was still somewhat of a kid. I say somewhat because I was at that point of childhood where people stop treating you like a baby and start preparing you for adulthood.

That also happens to be the time when your media consumption starts to diversify. It’s no longer cartoons and Disney movies. You finally start to watch other TV shows and movies with more mature themes. You don’t make the leap to R-rated, but you’re at a point where singing animals and distressed princesses just aren’t cutting it anymore.

It’s here where I need to give credit and thanks to my awesome mother, which I’ve done before. While my father helped me take sports more seriously, my mother let me watch some more serious TV shows and movies with her. Again, it was nothing too extreme. It was mostly prime-time shows like “Seinfeld” and “The Simpsons.”

While those shows had some appeal to me, they didn’t have too great an impact. Then, one fateful day, I sat down to watch “Groundhog Day” with her. My mom loved the movie and I was already a fan of Bill Murray after “Ghostbusters.” It was just a perfect confluence of circumstances that went onto have a profound impact, even by Bill Murray standards.

For the first time in my life, I watched a movie where the love story didn’t follow the typical Disney formula. More importantly, it was a love story that didn’t bore or disinterest me. I found myself genuinely intrigued by Phil Connors’ adventures in his time loop and how Rita ended up being the key to helping him escape.

I watched as this eccentric character that only Bill Murray could play go from an egotistical asshole to someone capable of genuine love. I’d never seen that kind of character evolution before. On top of that, I’d never seen a female character as likable and fun as Rita before.

She wasn’t just there to give Phil an emotional sub-plot.

She was a well-developed, complex character who I could root for as much as Phil in the end.

For a kid my age, this was an incredible concept that I found myself appreciating more than most. I had friends and relatives my age who liked the movie too, but not in the same way I did. They appreciated the comedy and the always-endearing charisma that is Bill Murray, but the romance was usually secondary. For me, it helped make the movie special on a very personal level. 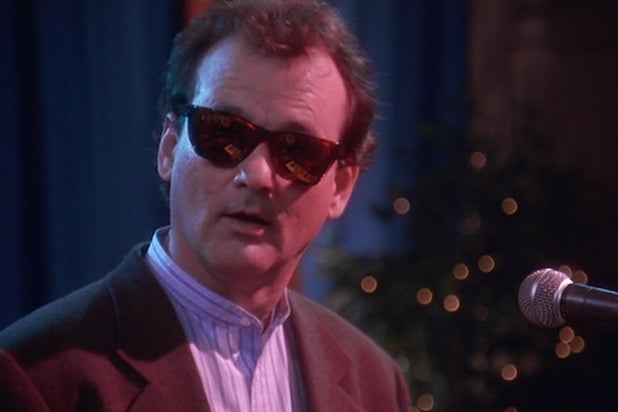 After seeing “Groundhog Day” and its unique approach to romance, I started to appreciate romantic sub-plots in other mediums. I paid more attention to it in the comics I read. I followed it more closely in the cartoons and TV shows I watched. In time, my interest in romance evolved into a full-blown passion. For that, I’ll always be thankful to this movie, my mother, and Bill Murray.

Even today, I can appreciate the unique way “Groundhog Day” went about telling a love story. Even by modern standards, its brand of romance holds up very well. It avoids many of the standard tropes that often plague modern romance in media.

In the beginning, Phil isn’t romantically interested in Rita. She isn’t interested in him, either. There’s no elaborate plot involving love-at-first-sight or friends-becoming-lovers. Instead, “Groundhog Day” takes a more refined approach. It starts with Phil becoming more interested in Rita, but not entirely in a romantic sense. That comes later and the love is more genuine because of it.

It doesn’t happen all at once. In fact, there’s a brief montage of all the ways Phil fails to win Rita’s love. Given the constraints of the time loop, that’s understandable. However, it’s still heartbreaking for Phil because you get the sense that he wants to love someone. He’s all alone in this temporal purgatory. His ego is no longer enough.

Over the course of the movie, Phil evolves into the kind of person that Rita falls in love with. Towards the end, she begins pursuing him and much as he pursues her. It’s not just about the man proving his worth to a woman, as is often the case in every movie featuring a princess. Their love only becomes real when they both pursue each other.

Even by modern standards, which have become a lot less forgiving, the romance in “Groundhog Day” is remarkably balanced. By the end, you get the sense that Phil and Rita genuinely want to be together for all the right reasons. Being trapped in that time loop made Phil a better person. That person is someone Rita fell in love with. Even as a kid, I thought that was incredibly sweet. I still remember how much I smiled when I saw that last scene in the movie with Phil and Rita venturing out into the snow together. Only a handful of movies have ever made me smile like that since and “Groundhog Day” was the first to do it through romance. On top of the many other accolades this movie has received over the years, it succeeded on a very personal level with me.

I’ll never know for sure if I would’ve become a romance fan I am today if I hadn’t seen “Groundhog Day.” I tend to believe that I’m the kind of person who would gravitate towards it eventually. However, I don’t doubt for a second that this movie helped shape me into the romantic I am today. For that reason, Groundhog Day, both the holiday and the movie, will hold a special place in my heart.

Finally, to everyone out there, regardless of whether you’re a romance fan or haven’t seen the movie, Happy Groundhog Day!