To everyone out there who values peace, justice, and equality, I wish you a happy Martin Luther King Jr. Day. To some, this is just a day where kids get an extra day off school. To others, it’s a reminder of just how far we’ve come in the struggle against racism, injustice, and bigotry. Even though it seems like we’re stagnating at times, we’re still world’s better than we were in the days of Dr. King.

It’s hard to for young people today to understand just how entrenched racial attitudes were 60 years ago. For generations, inequality and bigotry wasn’t an aberration. It was the norm. Fighting that was like fighting the tides for a lot of people, but unlike the tides, hearts and minds can change.

That’s something Martin Luther King Jr. believed in. He dedicated his life to confronting hate and pursuing justice for everyone, regardless of race. His legacy lives on today for minorities of all kinds, from the LGBT community to immigrants. It may seem like an uphill battle at times and even after Dr. King’s death, there are still plenty of bigoted attitudes in the world today. Some people cling to those attitudes more than most.

However, it is possible for someone to let go of their hatred. It’s not easy, but it does happen. In the spirit of this day that I’m sure brings out a lot of conflicting passions in today’s society, I’d like to share one of my favorite Ted Talks.

This one is from Christian Picciolini, a former Neo-Nazi and white supremacist who managed to leave his hateful past behind. His story is one that’s especially relevant on a day like today because it doesn’t just reveal how people end up in hate groups. It shows just how difficult it is to get out. It can be done, though, and Mr. Picciolini’s story is one worth telling.

Whatever your politics, prejudices, and attitudes, we are all still human. We all inhabit this planet together. We all want a better future for ourselves and our loved ones. Ultimately, we can achieve much more by working together than by hating one another. That’s what Dr. King fought for and his legacy is worth celebrating, now more than ever.

Usually on a holiday, be it a major one that kids celebrate because it means no school or a more contrived one meant to sell greeting cards, I go out of my way to acknowledge it on this blog. I even try to channel the spirit of the holiday, if only to make the day feel like more than just something people mark on a calendar.

With today being Martin Luther King Jr. Day, though, I feel compelled to do more than just acknowledge it or the spirit behind it. In fact, I feel as though the spirit of this holiday is more critical now in 2018 than it has been in year’s past. When I look at the world today and all the ongoing conflicts unfolding before my eyes, I believe that the message and spirit of Dr. King is more relevant than ever.

Most people know who Martin Luther King Jr. is and why he’s such a prominent figure in modern history. He has a holiday named after him for a very good reason. He was both a leader and an icon of a very volatile time in American history. He was also a strong man of faith, one who actually took the non-violent teachings of Jesus Christ to heart. That’s an increasingly radical concept these days. 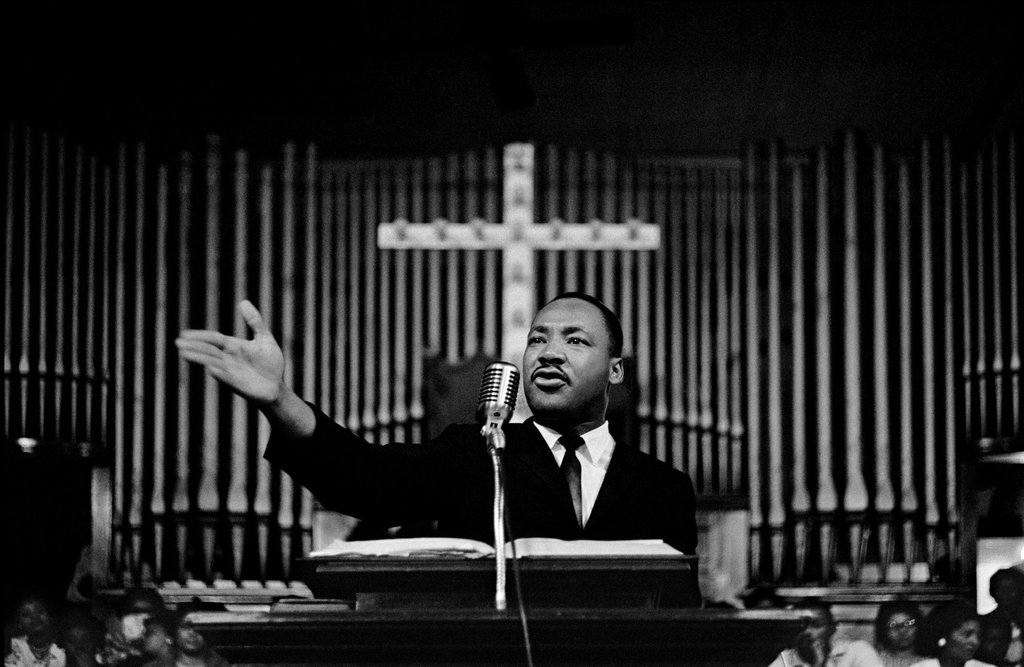 What Dr. King accomplished was remarkable, especially in the face of so much heated opposition. However, it’s how he accomplished it that really sets him apart and makes him worthy of celebrating. Like I said before, he believed in non-violence and he took them very seriously.

According to the King Center, Martin Luther King Jr. had a very specific way of utilizing non-violence to achieve the goals he sought. In his book, “Stride Towards Freedom,” he organized them into six principles.

Take a moment, if you can, to appreciate the sheer heart and idealism espoused in these principles. Remember, Dr. King fought against some of the most extreme racism anyone can imagine. Take the most offensive, vile messages you’ve seen on social media or 4chan. Then, create a society around them and give it political power. That’s what Dr. King was up against.

However, he didn’t seek to defeat that racism through the kind of outrage, protests, and meme wars that seem to dominate the overall rhetoric today. He took these principles of non-violence and employed them. He did this, despite often being threatened with violence.

He still stuck to those principles, though. He believed that his message would transcend the violence. The fact that he now has a holiday named after him and is one of the most celebrated figures in modern history proves that his beliefs were vindicated.

What stood out with these principles and how Dr. King practiced them literally showed the power of these beliefs. Rather than pick fights with racists, he sought understanding. Rather than voice outrage, he chose to voice love. This is readily apparent in his famous “I have a dream” speech that still resonates to this day. Even in 2018, it still gives people chills for all the right reasons.

Read or listen to that speech and then contrast that with how people today are trying to fight racism, sexism, and bigotry. Think about the misguided movements from both sides of the political spectrum that operated under very different principles. Then, look at the results or lack thereof.

This is where the power of Dr. King’s principles really shows. It also reveals just how much we’ve forgotten or negated what it means to seek equality or combat bigotry. It’s articulated in the second and the fifth principle of non-violence. He sought understanding and love over retribution and hate.

This matters today because society today is more and more driven by a toxic mix of outrage culture and attention-driven economics. We’re seeing this in increasingly petty arguments within feminism, racial politics, and political groups. These days, it’s become less about actual progress and more about winning debates.

As a result, our entire understanding of justice and equality has become twisted. It’s no longer a matter of pursuing the equal treatment under the law that Martin Luther King Jr. fought and eventually died for. It’s about fighting and hating the real and perceived source of that inequality.

We see it among both feminists and men’s rights activists who seek to demonize one another rather than promote gender equality.

We see it among racial and ethnic groups who seek to elevate themselves at the direct cost of another.

We see it among religious groups, sometimes within the same religion, who seek to dominate rather than cooperate.

These are antithetical to the message that Dr. King espoused. In his preaching and protests, he didn’t demand that one group be elevated over the other. He didn’t demand that oppressors suffer the same indignity as the oppressed to balance the scales of justice. He understood, probably better than anyone alive today, that fighting injustice with injustice still leaves us with the same amount of injustice.

“Injustice anywhere is a threat to justice everywhere.”

It’s not always the kind of obvious legal injustice that was so prevalent in Dr. King’s time. Today, injustice takes many forms. There are those who seek to actively punish those for daring to express thoughts that counter a popular movement that claims to seek justice. There are those who seek to shame others for not being affiliated with a movement or not going far enough.

We’re getting into dangerous levels of tribalism in that it’s becoming less about pursuing justice and more about being part of a shared agenda. Thanks to the internet, that’s becoming distressingly easy and the broader ideals of Dr. King’s principles seem to get lost under the weight of all the outrage.

In his tireless efforts, Martin Luther King Jr. fought for equality of treatment. He didn’t seek to elevate one group over the other, exchanging one form of oppression for another. He didn’t seek to destroy his opponents. He sought to make them friends and allies. He fought their hatred with love and their ignorance with wisdom. It wasn’t about winning a debate. It was about actually pursuing the spirit of equality.

That, more than anything, is the message we should heed in 2018. Pursuing equality doesn’t mean subduing opponents. It means standing with them on the same level, embracing what us similar and unique. We can never share the same outcomes in life, but we can share in the struggles.

In the end, pursuing equality requires a great deal of humility, as well as a genuine faith that people will embrace justice if you give them a chance. We’re giving ourselves fewer and fewer chances these days. In the spirit of Martin Luther King Jr. and everything he stood for, we would all be wise to give ourselves those changes moving forward. 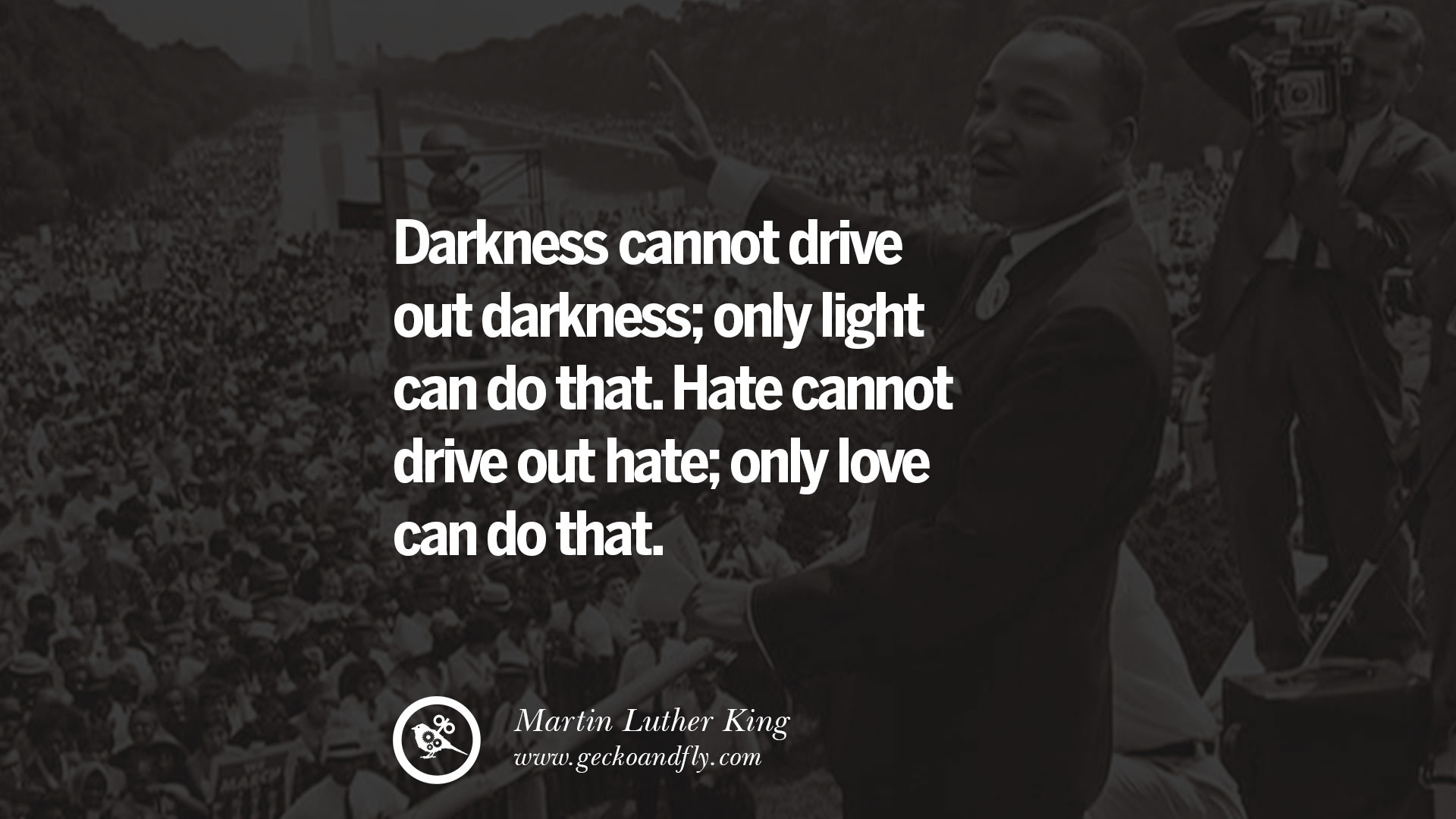