It’s a tale as old as time and no, I’m not referring to “Beauty and the Beast.”

Younger generations clash with older generations. The older people are appalled at how the youth are conducting themselves. They see them doing things and behaving in ways that they never would’ve imagined in their youth. It’s not new. In fact, it’s been happening since ancient times in some form or another.

From discomfort comes assumptions and from assumptions come irrational fears. It’s not always overt, but it’s present in popular perceptions. Personally, I’ve never heard someone over the age of 60 claim that young people today are far more responsible in managing their sexual behavior. I doubt anyone in that age group could say that with a straight face.

However, that’s not what actual, verifiable data says. According to recent research in Psychological Science, young people today are more responsible than ever when it comes to making decisions about their sex lives.

We examined risky sexual choice under the lens of rational decision-making. Participants (N = 257) completed a novel sexual-choice task in which they selected from among hypothetical sexual partners varying in physical attractiveness and in the probability that one would contract a sexually transmitted infection (STI) from a one-time sexual encounter with them. We found that nearly all participants evaluated the sexual-choice alternatives in a coherent fashion consistent with utility-based theories of rational choice. In subsequent analyses, we classified participants’ responses according to whether their sexual preferences were based on maximizing attractiveness or minimizing the risk of STIs. Finally, we established an association between sexual choice in our task and reported real-world sexual risk-taking.

It doesn’t just stop with responsible choices, either. There has been a relatively consistent trend over the past 40 years. Sexual activity, as a whole, has been going down, so much so that it’s a demographic concern. That has corresponded with a decline in teen pregnancy, abortion, and unwanted pregnancy.

These are all good things for society for the most part. There are some legitimate concerns that a lack of physical and emotional intimacy could be detrimental on these young people, but with respect to the rampant promiscuity that older generations often complain about, the reality just isn’t as titillating.

That’s not to say there aren’t irresponsible young people in this world. There certainly are. I’ve known quite a few. Most people have. It’s just not this big, decadent trend. Cable news and popular media love to paint young people as these strange, tradition-hating deviants who seek to destroy our most precious institutions. They are simply wrong.

They’re also trying to sell you a bullshit narrative to get ratings, but that’s another story.

Even in matters not exclusive to sex, older generations still try to find ways to criticize these crazy young people. It’s become more popular in recent years to call anyone under 30 a cohort of over-confident narcissists. Some go so far as to say there’s a narcissism epidemic.

Research says young people today are more narcissistic than ever

‘Somebody high in self-esteem values individual achievement, but they also value their relationships and caring for others,’ she says. ‘Narcissists are missing that piece about valuing, caring and their relationships, so they tend to lack empathy, they have poor relationship skills. That’s one of the biggest differences, those communal and caring traits tend to be high in most people with self-esteem but not among those who are high in narcissism.’

Again, this is a flawed and incomplete narrative. It’s also incompatible with with the notion that young people are somehow more decadent sexually. Among the key traits of narcissism is promiscuity and it’s not just related to the sexual kind.

I know I’ve brought up flawed assumptions about young people and their sex lives before. I doubt old people will stop complaining about the deviant, decadent behaviors of young people anytime soon, even if a mountain of data says they’re better-behaved than their predecessors.

The reason I bring it up now is because this is one of those years when we should all re-assess our perspectives. The grim events of this past year have affected everybody, young and old. It’s affected our society, our emotions, and our sex lives. A lot will change as a result of this year. Generations afterwards will feel it.

As someone who will one day become old and cranky, I hope to maintain a healthy perspective regardless of what happens. I don’t doubt that when I get to a certain age, I’ll see young people behaving in ways that I find shocking. Some of those shocking ways might involve their sex lives. If I ever have kids, that’s going to concern me.

At the same time, I imagine that part of me will envy those young people for having the time, energy, and passions to behave in such ways. On some levels, I think many older people share those feelings. Their youth is a memory. The days of breaking traditions and upsetting their elders is long gone because they’re not elder. It’s just part of life.

We can’t avoid it, at least not yet. I don’t know what kind of state the world will be in by the time I turn 60. I just know I’ll have plenty to complain about. The fact that young people are bucking those complaints gives me hope that it’ll be better than any false perception. 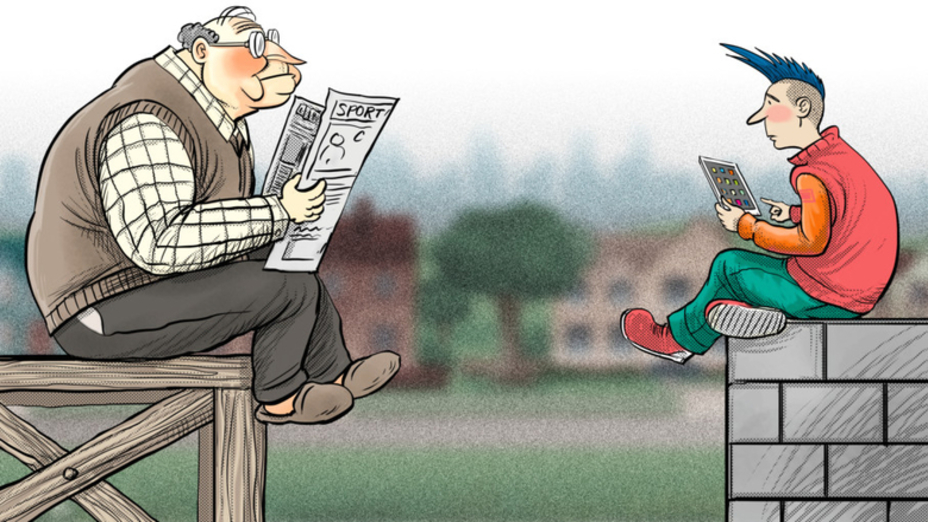