How Less Sex Can Crash The Economy

There’s a funny, but revealing saying by famed economist, Paul Samuelson, on the difficulty of predicting economic trends. It goes like this:

The stock market has forecast nine of the last five recessions.

Other than being a play on numbers, there is a message in this quip that’s worth noting. No matter how many dire warnings accomplished economists give, a recession always seem to hit. It only ever becomes truly obvious with the benefit of hindsight.

I bring this up because I’m about to make some predictions about the future of the economy and I’m not an economist. I don’t claim to have more credibility on the matter than anyone else who has read every Freakanomics book ever written.

However, since the economy affects us all, it’s still worth talking about. Since the economy can influence our sex lives in ways I’ve discussed before, I feel like I can comment on the subject and even do a little speculation. Again, I want to make clear that I’m not an expert. This is just me making connections I feel are worth making.

When it comes to the economy, it’s not physically possible for anyone to make sense of all the data and connections that govern our affairs. Human beings are just too unpredictable and the amount of data involved is just too vast. Some points of data, though, carry more weight than others.

One of those points has to do with population and demographics. It’s a topic that’s becoming more and more relevant these days. Just this year, the birth rate in the United States dipped to a 30-year low. That’s somewhat remarkable because people tend to have more children when the economy is doing well and by most measures, the economy has been pretty good these past couple years. 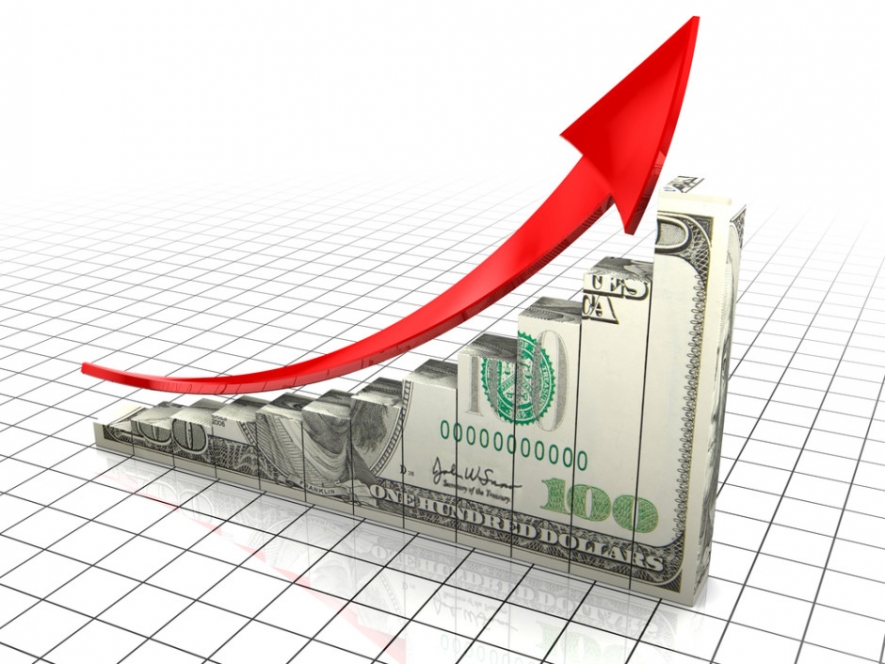 This isn’t just an American problem, though. Many industrialized countries throughout the world are experiencing very low birth rates, some of which well below the replacement level rate that would keep a population stable. The reasons for this are many, but most boil down to cost. It’s just very expensive to raise a child these days and that cost is only going up.

Beyond the cost, though, there’s another factor at work that’s driving these declining fertility rates. People, in general, are just having less sex. That may seem obvious, given the data surrounding birth rates, but there are other aspects of the data that may reveal other factors.

For one, the decline in sexual activity is actually hitting the younger demographics, who are historically and biologically the most eager to engage, so to speak. I’m still old enough to remember when every other week seemed to bring dire news about teenagers having too much sex and horrifying their parents. Now, they’re not doing, but still finding ways to horrify their parents.

While I’m sure it still comes as a relief to some parents, it’s already causing concerns among demographers. However, I believe there’s a much larger concern about the economy, as a whole, that’s just starting to emerge. It has less to do with there being fewer babies and more to do with the nature of modern economies.

The days of economic health being measured by how many widgets a factory could produce are long gone. These days, most modern economies are built around consumer spending. Around 70 percent of the economy is consumer spending. That is not a trivial portion.

To illustrate why that could be a much greater problem down the line, I’ll need to make a few connections between sex and the economy. It’s not quite as kinky as it sounds, but those connections matter if you’re going to speculate about the future with any measure of accuracy.

Think, for a moment, about just how much economy activity goes into people seeking out sex and dealing with its associated byproducts, namely children. Whether you’re a man, a woman, or something in between, that pursuit drives a great deal of our economic activity.

Men work hard at jobs that don’t always pay that well to buy clothes, cars, and gifts with the hope that it’ll improve their chances of finding a partner. Women do the same, spending a great deal of money on cosmetics, clothes, and beauty treatments to attract desirable lovers. The money people spend on beauty products alone pumps a lot of money into the economy.

Even if the goal of these purchases isn’t directly linked to someone’s pursuit of sex, this activity does link to that fundamental pursuit that has driven society and our species for centuries. We work hard, establish functioning lives, and buy the things that prove to one another that we’re desirable lovers. It’s part of the many incentives that drive any economy.

It’s those same incentives, though, that can lead an economy into a cycle of destruction. Those cycles are behind every major financial crisis, but the one created by less sex and low birth rates may end up having a far greater impact. Some of those incentives are economic, but it’s the social incentives that might compound the issue.

Some of those incentives involve how modern marriage functions. More than a few people, myself included, have pointed out that marriage is not a very good deal, especially for men. If you look at it from the perspective of a simple contact, the flaws are pretty obvious.

Imagine, for a moment, that someone presents you with a contract. You will enter into a partnership in which you pledge emotional, financial, and intimate support for an undefined period of time. However, if the other party wishes to dissolve the partnership at any time for any reason, they can do so and get half your assets, as well as custody of your children.

Read over the fine print carefully. Would you sign that contract? Who in the right mind who isn’t drunk on irrational passions would? I think most people would see that as a bad deal and one that they have plenty of incentive to avoid.

On top of those incentives, there’s another round of them that has been growing recently. These come directly from the ongoing anti-harassment movement that has helped expose horrible sex crimes, but has also given men a powerful incentive to avoid women.

As a man, and I know this is anecdotal on my part, I find myself feeling very anxious around women who I don’t know or aren’t close family. I worry that one wrong gesture or one wrong comment will lead to an accusation that will subsequently ruin my life. I don’t want that and I don’t think any man wants that.

That’s not to say those incentives are powerful enough to make men stop feeling attracted to women, but I do think they’re sufficient to make men more reluctant to seek out intimate relationships with women. From an economic standpoint, the potential cost is very high, whether it’s paying for a child or for having your life ruined by an accusation.

From these incentives, the resulting economic situation won’t just be different. It will be unsustainable when you take into account the declining fertility rates. It doesn’t even have to be an economy where nobody gets married and has kids. It can just be an economy where most men and women stay single and don’t build much of their economic activity around pursuing sex.

In that economy, the only major purchases would be shelter, electricity, internet, and entertainment. As expensive as some of those can be, they’re not going to match the same amount of spending that comes with caring for children or for people just trying to get laid.

In the short-term, that means the economy will be dominated primarily by products and services that just help single men and single women relax on a Friday night after work. In the long-term, however, the consequences are much greater.

From there, a cycle of fewer consumers starts feeding a process of declining spending. On top of that, fewer workers means it’s impossible to sustain a large welfare state, which leaves more people impoverished with even less money to spend. It began with declining birth rates, but it only accelerated when people just had less sex.

In the end, the economy as we know it now, just can’t function anymore. I’m not saying it’ll completely collapse, but it would have to adapt a lot in order to function with these incentives. I’m not sure what those adaptations would entail, whether it involves a universal basic income or using artificial wombs to augment the population.

I’ll say it one more time because I think I need to belabor this. I’m not an expert. This is just speculation on my part. This is what I feel could be the endgame for our economy, as we know it, if the current incentives hold. It’s a near certainty that there will be changes, but it’s impossible to predict what those changes will entail.

From my perspective, though, I think the implications are clear. A society where people are having fewer children is hard enough to adapt to, but we’ve already been doing that to some extent. One where people have less sex or flat out avoid it, though, may end up being much harder.

4 responses to “How Less Sex Can Crash The Economy”