Let’s face it. We all have embarrassing memories about how we learned about sex. It might as well be a law of physics among youth. At some point, you’re going to learn about sex. Shortly after that, you’ll probably learn something you didn’t want to learn from a parent, teacher, or priest.

For me, one particular memory stands out and it’s one I suspect most people my age share, as well. It happened in health class during middle school, just as puberty kicked in. It had nothing to do with male or female anatomy. I already knew about that, thanks to my parents. This particular lesson was more basic in that it had a simple message.

It wasn’t as much a lesson as it was a warning. Everyone in that class had been learning about sex, at least as much as any public school was allowed to teach us. We were all at that age when we started thinking, wanting, and obsessing over it. Then, this distressing caveat gets thrown into the mix and suddenly, these overwhelming desires we can’t turn off take on a whole new context.

I’m not going to lie. That was pretty terrifying. The idea that doing something you were hardwired to do, and needed to do for the propagation of the species, could kill you was akin to being forced into a cage match with a chainsaw-wielding John Cena.

It’s one thing to avoid angry predators, sharp cliffs, and confined spaces with O.J. Simpson. It’s quite another to avoid the natural horniness that comes with being human. It gives the impression that sex is so dangerous and so risky that we might as wear hazmat suits while doing it.

Thankfully, I was mistrustful enough of my health teachers to learn more on my own. Even with lousy, dial-up internet, I was able to find out that a some of the dangerous claims my teachers had given me about sex, disease, and all those other lurid topics was not entirely accurate.

Granted, I understood why they used those kinds of tactics on young, hormonal pre-teens like me. Back then, AIDS was a death sentence. A diagnosis with AIDS was like a diagnosis of terminal cancer. When it started claiming the lives of celebrities like Rock Hudson and Eazy-E, even hormonal kids took note of the danger.

It was still a dick move, though, using those kinds of scare tactics on hormonal teenagers. I remember entire classes dedicated to teaching kids the horrors of AIDS and other nasty diseases that we could get if we didn’t have sex in the way the Catholic Church or the Saudi Arabian government approved. In case you’re wondering, yes, some schools still use these tactics.

Ignoring, for a moment, the outright cruelty of scaring kids like that, it’s worth noting that the situation with AIDS and other diseases is very different. Medical science has advanced. Innovations in antibiotics, anti-viral drugs and vaccines have improved treatment or even cured some of those terrible diseases that my teachers used to scare me with.

While AIDS still has no cure, it’s not a death sentence anymore. Just ask Magic Johnson. There’s even a pill called Truvada that, when taken daily, can prevent the spread if the HIV virus. While it’s still a huge problem in places like Sub-Saharan Africa, we’re at the point in modern medicine where it can be managed.

However, it’s not going to stop there. At some point, medical science will cure diseases like AIDS. We’re already closer than you think and I’m not just referring to recent advances in technology like CRISPR.

Just this past month, a research team at the Scripps Research Institute developed a method that effectively blocks the HIV virus from infecting new cells. They’re calling it a “functional cure” in that, while it doesn’t remove the virus from the body, it effectively stops it from spreading.

This news comes shortly after the National Institutes of Health announced that they had produced an anti-body that blocks 99 percent of all HIV strains. If the results are replicated, that means a functional vaccine is not that far off. Add tools like CRISPR to the mix and it’s entirely possible that there are children alive today that will never have to worry about diseases like AIDS.

Given the amount of suffering this disease has caused, that’s an undeniable good. However, it removes a major tactic from the arsenals of sex educators who don’t want teenagers experimenting with their genitals. Now, I can understand that worry to some extent. Teenagers do have a history of doing stupid things and not just with their genitals.

I ask these questions only half-jokingly. I also ask them with the full understanding that I may have kids of my own at some point and I too might vomit uncontrollably at the thought of them having sex. Given our collective capacity for excuse banking, I don’t doubt that anxious parents and teachers will come up with some sort of scare tactic to discourage teenagers from having sex.

It’s just going to get a lot more challenging in a world where diseases like AIDS are no longer a factor. History is certainly not on the side of those clinging to such puritanical attitudes. As I’ve mentioned before, the advent of modern antibiotics played a major part in the sexual revolution of the 1960s. A cure for AIDS might incur the same.

That naturally doesn’t sit well with the uptight regressive crowd that belabors personal responsibility and bemoans any level of sexual freedom that goes beyond what the Catholic Church sanctions. In years past, they could refer to diseases and unwanted pregnancy to justify those attitudes. Once those factors are removed, what will they have left?

Never mind the fact that teenagers are already having less sex now than previous generations. In the minds of parents, priests, and health teachers, it’s still too much. I could bemoan how much of that reflects our poor, unhealthy attitudes towards sex, but that’s not going to change minds or sell sexy novels.

A part of me genuinely worries that there will be some people who actively oppose treating diseases like AIDS. There’s already a precedent. There are people out there who oppose the widespread use of Gardasil, a vaccine meant to treat HPV, a common virus that is often transmitted during sex and known to cause cancer. 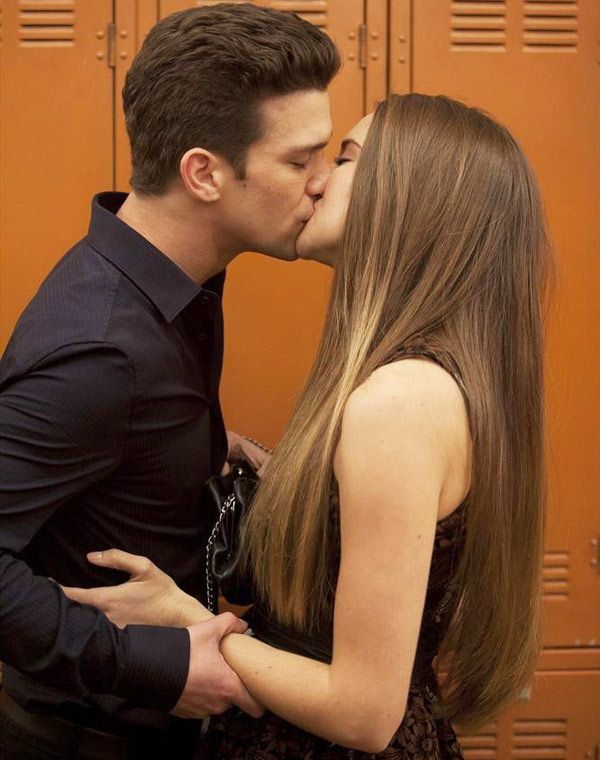 Think about that for a moment. There are people in this world who are willing to risk young people, including their own children, getting cancer rather than risk them having care-free sex. That shows the lengths certain people will go to in order to ensure sex still has serious consequences. It says something about these attitudes when they feel they need those consequences to get their message across.

In time, some of these regressive attitudes may fade. These days, most people aren’t going to be publicly scorned for not being a virgin on their wedding night. Some parts of the world still cling to those attitudes, but most people in the developed world don’t have to worry about the Spanish Inquisition bursting into their bedroom and arresting them for having sex just for fun.

Better education will help improve attitudes and addressing the orgasm gap will go a long way, as well. It’s hard to know for sure what a future health class will look like in a world without AIDS or major disease. That world isn’t here yet, but it’s fast approaching. Parents, priests, and puritans of all stripes need to prepare. However, we should worry about how far they’ll take those preparations.