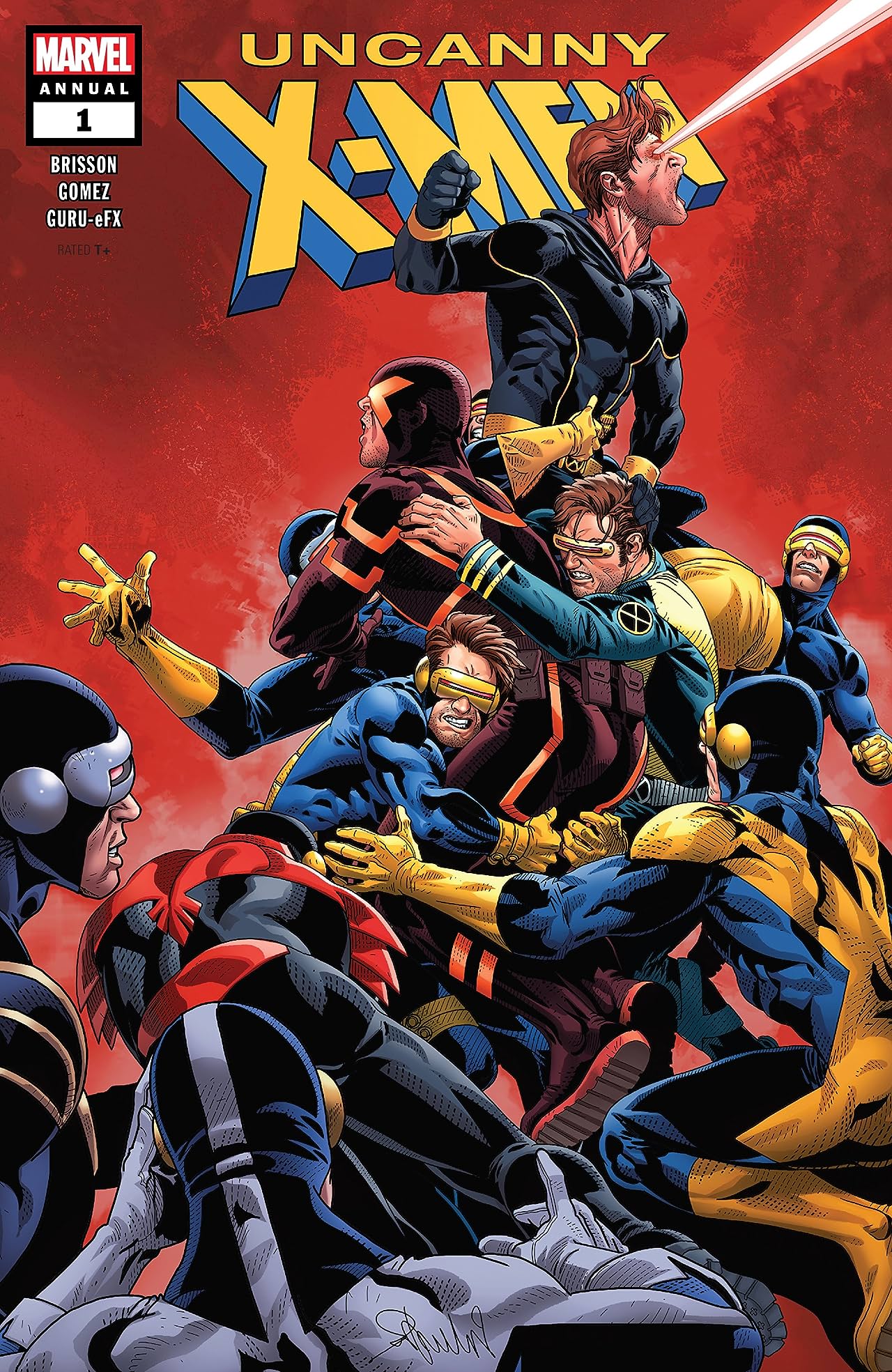 Every Wednesday, a new crop of comics enters this world and makes it just a little more awesome. Being a lover of comics in addition to a lover of love, I try to select one comic from this fresh batch that I feel offers the most awesome for just a few bucks. At a time when the economy is always on a verge of tanking, it’s hard to find a better value.

This week’s pick was an easy one with “Uncanny X-men Annual #1” and not just because I’m hopelessly bias towards the X-men, in general. This issue marks a critical development in the overall landscape of the X-men and the Marvel Universe, as a whole. As the beautiful cover art by Salvador Larroca indicates, it’s all about Cyclops.

That may not seem like a big deal for those who don’t regularly follow the X-men comics, but trust me when I say that this is a huge development. That’s because for the past three years, Cyclops has been dead in the X-men comics. In an event aptly called “Death of X,” Scott Summers met an inglorious end at the hands of the Terrigen Mists, the alien gas cloud that gives the Inhumans their powers. Writer, Ed Brisson, makes it a point to highlight this throughout the issue. Aside from just telling the story of how Cyclops came back from the dead, he takes some time to demonstrate why he’s the leader of the X-men. He even puts him in a position to show why he’s a hero and why other heroes follow him.

Without spoiling too much, the story builds beautifully off the events of both “Death of X” and “Extermination,” which is another brilliant X-men story by Mr. Brisson that I highly recommend. It even references moments from “Phoenix Resurrection,” another story I’ve given high praise. The connections and details in this comic fit beautifully. It shows that there was a lot of effort and thought put into this story. 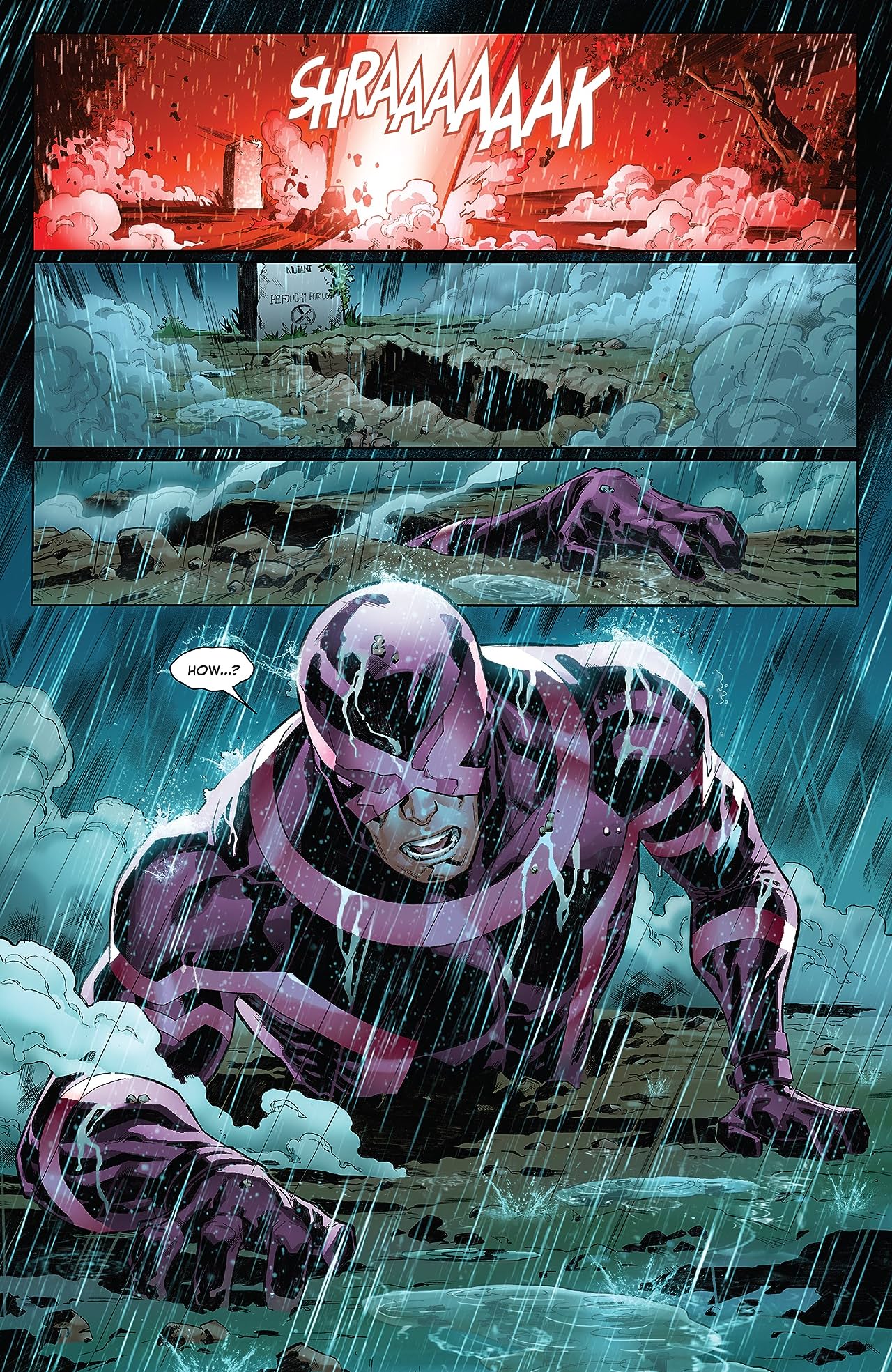 As someone who has read more comics than most will ever admit to reading, I can safely say I know when a writer isn’t trying very hard. For the past couple years, a new crop of writers that include the likes of Mr. Brisson show that there’s a new round of passion surrounding the X-books and it clearly shows in “Uncanny X-men Annual #1.”

Beyond making appropriate connections to recent continuity, the story checks all the right boxes in terms of telling a quality X-men story. It even checks some extra boxes in terms of showing a character at his best when they sorely need it.

Cyclops is one of those characters who always seems to generate heated debates among X-men fans. He’s also someone a long list of talented Marvel writers have mishandled over the years. The fact he’s part of the worst love triangle of all time is proof of that. This issue cuts through those complications and just gets to the core of what makes Cyclops great. 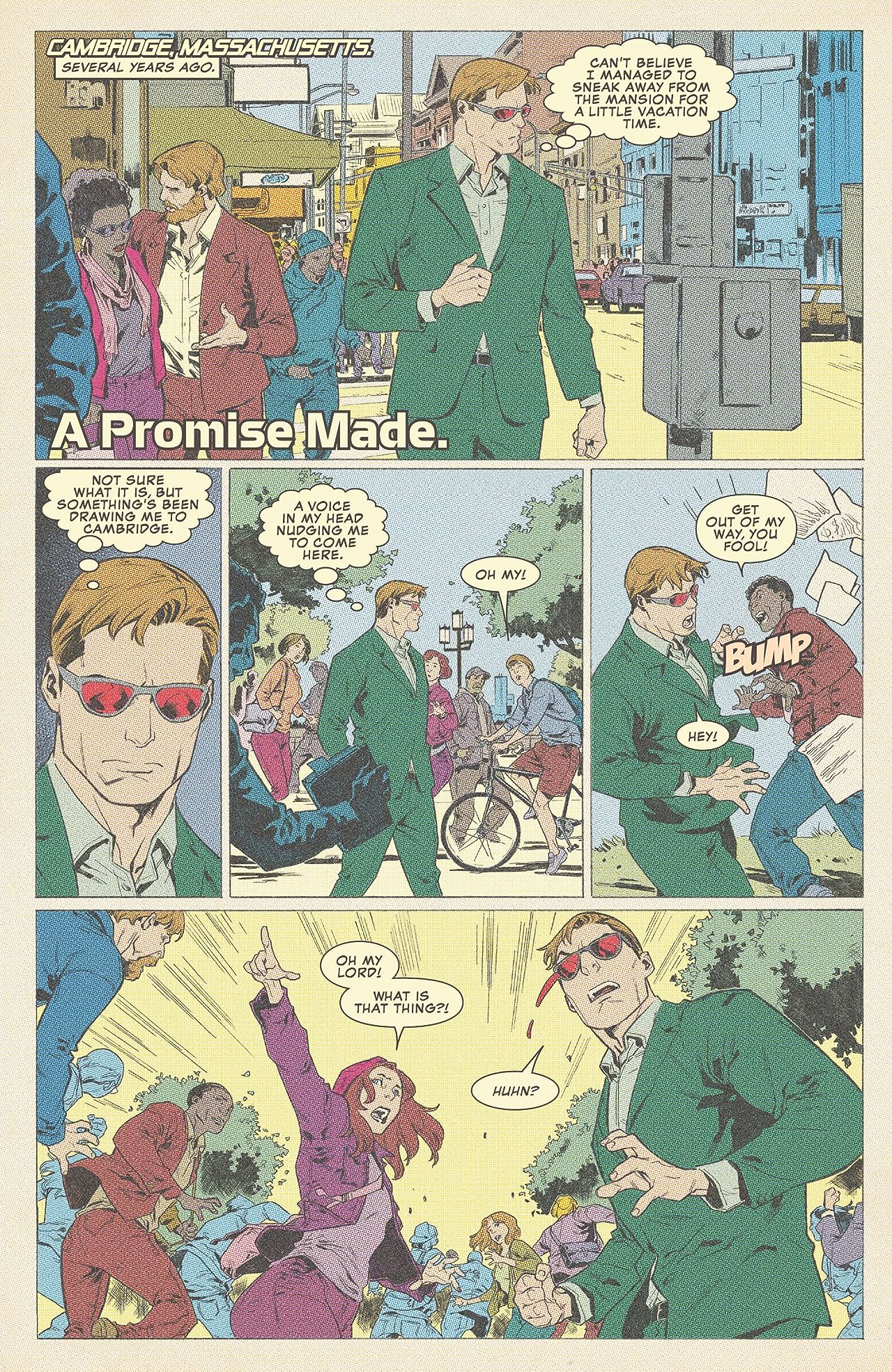 This issue is one of those comics that will definitely have a ripple effect for future X-men comics. Any time a major character comes back from the dead, which happens a lot in X-men comics, it’s a big deal. It often marks a turning point for the course of the story and lays the groundwork for the future of the series.

By the time you finish “Uncanny X-men Annual #1,” you really feel as though you’ve just witnessed one of those turning points. On top of that, there’s a sense that this character who has been so maligned over the years for all the wrong reasons is back to his old self. If that doesn’t get your inner X-men fan excited, then you’re just being difficult.

For Cyclops fans, X-men fans, and Marvel fans in general, “Uncanny X-men Annual #1” is one of those rare books that actually gets you excited about the future. At a time when you can’t go more than a day without something terrible trending on social media, that’s worth the price of a comic book.