The War On Boredom: Generation Z Already Bored With The Internet?

There’s a recurring theme in the history of conflict, crises, and panics of all kinds. Most of the time, there are obvious signs. From the Great Depression to the Great Recession of 2008 to telling signs that something was up with Harvey Weinstein, there were ominous hints that something much bigger was going on. By not heeding those hints, we made things worse in the long run.

Granted, those hints are obvious through the lens of hindsight. I don’t mean to make it sound like predicting a crisis is easy. If it were, then nobody would ever lose money in the stock market and terrorists would be out of a job. It’s an unfortunate, but unavoidable theme in human history. The various signs of looming issue are subtle and the implications require more foresight than our brains permit.

That doesn’t mean we shouldn’t make an effort to sniff out a crisis before it happens. The cost of being wrong is usually far less than the anguish of being right, albeit with a few notable exceptions. I’ve been talking about a particular crisis that may very well be in the early stages as I write this. It doesn’t involve harassment, wars, or economic collapse, though. It involves boredom.

I’ve speculated that boredom may be the plague of the future. I’ve even hypothesized that Generation Z, the current cohort that is barely out of their teen years, may be prone to the kind of nihilistic mentality that further compounds the effects of boredom. I sincerely hope I’m wrong, but I’ve yet to see anything to discount my points.

Call it the boredom wave. Call it the coming War on Boredom. Call it whatever you want. It’s an issue that we’ll have to address on some levels. As more and more of society becomes automated by machines and streamlined by artificial intelligence, more and more people will have more and more free time on their hands. 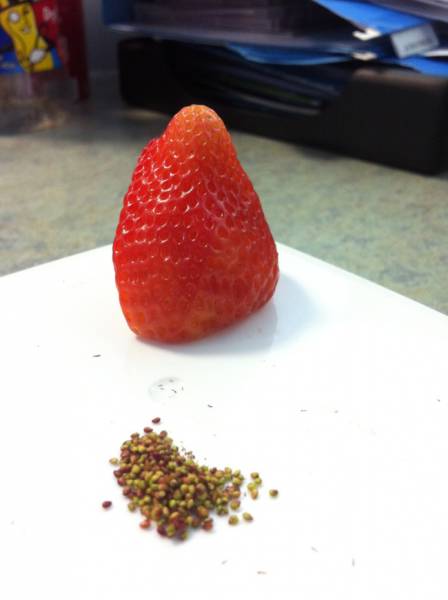 Even if we get to the point where society has a universal basic income so that nobody has to work or toil, we still have a problem. What are people going to do with all that free time? What happens when there’s so much of it that the boredom becomes infuriating? It’s hard to say, although there have been some disturbing signs.

Recently, though, another sign emerged, courtesy of The Daily Beast. In a recent article, Taylor Lorenz explores some revealing anecdotes about how the emerging youth in Generation Z is getting bored with the internet activities that have kept Millennials so entertained for the past couple decades. If the War on Boredom is to be a real conflict, then this could end up being the catalyst.

Say what you will about the veracity of these anecdotes. There’s a reason anecdotal evidence is considered weak evidence by the legal and scientific community. These stories still offer distressing insights with equally distressing implications. This is just one that the article highlighted.

“When I’m bored while I’m on my phone and I’m switching between different apps… I’m just searching for something to do,” said Addie, a 15-year-old in Long Island. “It’s like walking around your house in circles.” Often, they’ll find nothing on their phone entertaining and simply zone out and daydream.

Now, I’m sure every previous generations, from Millennials to the Baby Boomers, will roll their eyes at that complaint. I can already hear the condemnations of this emerging generation. A part of me, a Millennial, even feels that way.

They say things like, “You kids have no idea how great you have it! You’ve got a gadget in your pocket that gives you unlimited access to the entire library of human knowledge and an endless stream of entertainment, from books to videos to pictures of cats. How the hell can you be bored by that?”

However, that’s easy to say for those who are old enough to remember a world without the internet, smartphones, or streaming media. I didn’t have internet access in my house until I was about 13-years-old and even then it was a dial-up connection that was painfully slow and prone to cutting out suddenly. In terms of combating boredom, my generation had different tools and different methods when we were kids.

To us, as well as the generations before us, the usage of smartphones and the entertainment content of the internet is still amazing to us. I still remember what it was like being at the complete mercy of what was on TV and having to play video games with no online multiplayer or DLC. Those time seem so distant now, but the teenagers of Generation Z have no such perspective.

From their point of view, smartphones have always existed. The internet has always been this ubiquitous thing that they’re a part of. It’s not a modern wonder to them. It’s a trivial, mundane part of their lives. People like me can’t see it like that because we still remember a world without it.

As a result, Generation Z isn’t going to see all the entertainment and media as a wonder. They’re going to see it as part of their normal and no matter what form normal takes, it’s still going to be boring to some extent. That’s part of what makes normal what it is. The article itself even acknowledges this.

It’s tempting to think that these devices, with their endless ability to stimulate, offer salvation from the type of mind-numbing boredom that is so core to the teen experience. But humans adapt to the conditions that surround them, and technical advances are no different. What seemed novel to one generation feels passé to the next. To many teens, smartphones and the internet have already lost their appeal.

It goes even further, distinguishing how Generation Z sees their smartphones and contrasting it with their Millennial predecessors. When someone my age or older sees a teenager on a phone, we don’t usually assume they’re just bored. We think they’re just another self-obsessed teenager who can’t resist checking their social media feeds every half-second.

While it’s much easier and more self-serving to assume that teenagers are just that self-obsessed, it’s probably more likely that boredom is a larger factor here. I would take it further than that. I would go so far as to claim that this is one of those signs that we foolishly overlooked in the future.

These teenagers have access to the same technology and media that has kept other generations so engaged and enthralled. However, they’re seeing it and they’re bored by it. Anyone who knows anything about boredom understands that when boredom reaches a certain level, you’ll go to extremes to feel any kind of stimulation.

With that in mind, what kind of extremes will Generation Z resort to in their efforts to combat boredom? If they can’t get it from their phones or their computers, how will they combat this issue? To them, it’ll be a war. To every other generation, it’ll seem asinine. However, it may very well consume the social and political landscape of the future.

3 responses to “The War On Boredom: Generation Z Already Bored With The Internet?”