This is the time of year where having to wear sweatpants really starts to get to me. I’d like to make it clear that if and when I ever become a successful erotica/romance writer, I intend to retire in a tropical climate. If I’m going to live out my golden years in comfort, I’m going to live them in a place where I can walk around my house naked all year-round.

Yes, the end of winter is in sight. In my particular part of the country, it hasn’t been too bad. Hell, it’s been pretty damn nice compared to past years where I’ve had to shovel two feet of snow before breakfast. I don’t want to jinx it so I won’t let myself be too optimistic. I’ll just say that for me, shoveling lots of snow is right up there with dry-heaves and explosive diarrhea in terms of unsexy activities.

Whatever the case, and whatever some groundhog in Pennsylvania says, the end of winter is near. The time of bikinis, speedos, and more casual nudity is almost here. It still can’t get here fast enough, but I’m willing to be patient. I know that good thinks, like bikinis and casual nudity, are worth waiting for.

To help make the wait a bit more bearable for everyone, here’s another entry in my “Sexy Sunday Thoughts” column. Whether you’re trying to stay warm in the winter or looking to stay cool in the summer, a little sexiness helps improve everyone’s mood. Like thong panties, they’re welcome in any season. Enjoy!

I love music as much as the next guy who doesn’t get violently ill whenever Rebecca Black sings. However, I’ve noticed over the years that a lot of music tends to have the same themes. Either someone is trying to get laid, lamenting about how they’re not getting laid, or actively in the process of getting laid. Sometimes, it all happens within the same song.

I’m not saying these songs are bad. I’m just saying they could stand to mix it up every now and then. Aren’t there enough songs about breakups and finding love? Then again, Taylor Swift’s success probably answers that question.

“Tits are like pizza. They’re good in every form.”

Men can be extremely picky. I once roomed with a guy who always had to put four packets of sugar in his coffee, no more and no less. Anything else was considered heated toilet water. Those kinds of peculiarities are rampant among men.

However, when it comes to tits, we might as well be a bunch of hippies singing U2 songs. No matter what the shape, size, or color may be, men love tits. Like pizza, it’s a universally enjoyable thing.

“Penises are like beer. They’re an acquired taste, but they all function in a fairly similar manner.”

Now I’m not saying there’s a double standard here. Men will go to great lengths to see tits. They would sit through the longest, most god-awful movie of all time if it meant seeing Jessica Alba’s tits. With penises, it’s different though.

Women, and gay men by default, don’t go to those kinds of lengths just to see a penis. However, like certain kinds of alcohol, it’s possible to acquire a taste for it. Once you do, you become pretty damn loyal to that particular brand of penis. It’s a beautiful thing.

“A morning erection says a lot about how well a man slept, as well as what he dreamt about.”

Morning wood can be annoying at times. I can’t count how many awkward mornings I had in college when I woke up with a goddamn kickstand in my pants. However, I don’t deny that mornings that begin with an erection are usually preceded by a particularly restful sleep. In some respects, it’s my mind and body letting me know that I’m doing something right. 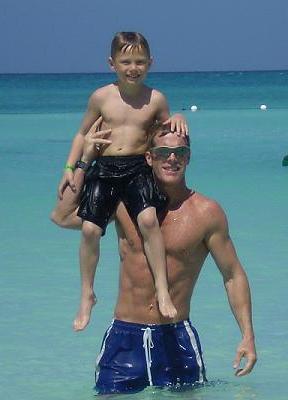 “If our genitals came with an app, we’d eventually find a way to break both.”

Maybe this is a fear over how future biotechnology may affect our genitals in the future, but given the way we abuse our smartphones, I shudder to think what would happen if our genitals were linked to it. Whether you’re a man or a woman, you’re equally capable of abusing your body parts as much as your devices. What will happen when we end up abusing both? It will be downright traumatic.

“True love is never having to apologize for an ill-timed fart.”

There are any number of signs to let you know you’re in love. Sometimes, the simplest ones are the most obvious. When we’re uncertain and afraid, we’ll try to control everything right down to the number of sweat beads on our head. However, when we are certain that we’ve found a lasting love, we’re okay with just letting our bodies do what they need to do. Again, it’s a beautiful thing.

That’s it for now. To those who miss casual nudity around the house as much as I do, just hang in there just a little bit longer. Our time is coming. The days of itchy sweatpants are numbered.