Advances In Male Contraception And What It Means For Women 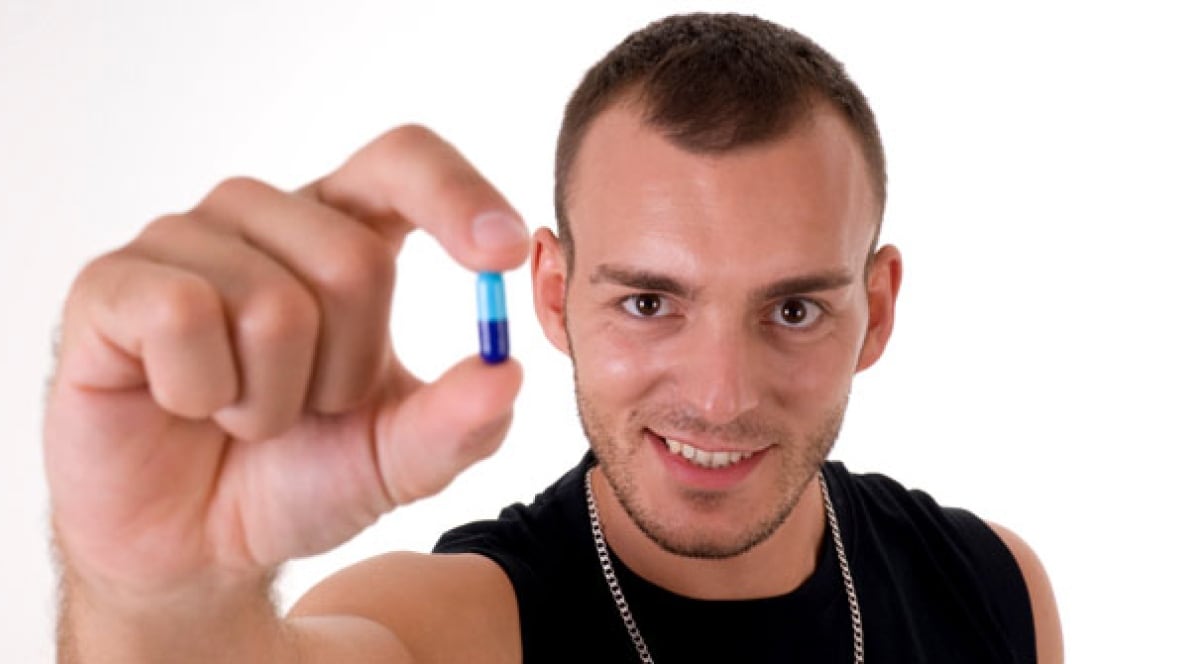 I wasn’t planning to do a follow-up on yesterday’s big post about male contraception. In fact, I originally had an entirely different set of topics to discuss this week. However, some issues are just so relevant and so tantalizing that I can’t resist. I know contraception isn’t an overly sexy topic, but let’s face it. It has some very sexy implications.

It’s not hard to see why. Contraception does affect our sexual behavior as a society and a culture. The fact that the Catholic Church hates it is proof enough of that. Their hate doesn’t change the fact that contraception is as old as civilization, if not older. The problem is that, with the exception of condoms, most of these methods focus on the women.

Now there are logical reason for this that have nothing to do with some grand patriarchal conspiracy and everything to do with the inescapable tenants of male/female biology. Radical feminists may claim otherwise, but high school level biology is working against them.

It’s due to these biological restrictions that the modern history of contraception is closely tied to the modern women’s movement. It’s no coincidence that the advent of reliable birth control in the 60s also coincided with the women’s movement that began in the mid-60s.

From a logistical point of view, it makes sense. Contraception didn’t just give women more control over their fertility than they have at any time in human history. It leveled the playing field. Now women could participate in the economy and not be subject to the frequent interruptions of pregnancy, which could even prove fatal in some cases.

Again, the Catholic Church hates this. The idea of genders being equals does not sit well with certain institutions that would rather see women as breeding factories who regularly pump out new adherents/workers/tax-payers/soldiers/consumers. However, if we’re to create a more equal society with more balanced romances, then contraception is key.

That balance has already played out in ways that modern generations don’t even realized. Despite what the anti-gay marriage crowd would have you believe, modern marriage is very different from what it has been for most of human history.

The biggest difference, by far, is the concept of marrying for love. As an erotica/romance writer, that’s pretty jarring because marrying for love is often part of the narratives we craft when molding romantic stories.

However, for most of human history, we didn’t marry for love. We often married whoever our parents told us to marry. Love was even seen as disruptive to this institution. So whenever someone talks about “traditional marriage,” they might as well be referring to a loveless marriage.

This concept couldn’t have worked without contraception because it gave couples control over their fertility. Men and women could spend time to find out whether they were romantically and sexually compatible. If done right, then it makes for a more loving, intimate bond. However, as the divorce rate indicates, there’s room for improvement.

That brings me back to Vasalgel, a potential game-changing contraceptive that the Catholic Church is sure to hate. What the birth control pill did for women in the 60s, Vasalgel could do for men today. It effectively levels the playing field in a way human civilization has never experienced.

It’s exciting and somewhat scary, but it is coming. The effectiveness of Vasalgel has already been proven to work in monkeys with no ill-effects. There are now monkeys in labs that can hump all they want and never have to worry about a monkey baby mama. Those are probably some very happy monkeys.

Within the next three to five years, after further testing with the FDA, this product could become available for men everywhere who also want to avoid baby mamas. Unlike condoms or pills, Vasalgel is as close to idiot-proof as you can get when it comes to contraception. For certain men, that’s very important for reasons I hope are obvious.

As a brief refresher, Vasalgel works in a way that’s not unlike a non-hormonal IUD for women. It involves injecting a special gel into the vas deferens of a man, which are the tubes that carry the sperm from the testes. This gel allows seminal fluid to pass through, but not the sperm. Without the sperm, there’s no possibility for conception. Even the anti-abortion crowd can’t complain about this.

There are no hormones involved so it doesn’t mess with any biology, which has been a big problem with past male contraceptives. It’s also easily reversible, requiring only another injection into the vas deferens to dissolve the gel. After that, the man can go back to making babies like a wannabe Dugger. 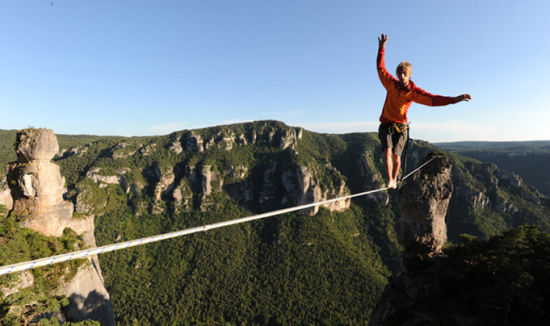 Once injected, Vasalgel lasts for approximately 10 years. That’s 10 years of men never having to worry about a woman showing up on their doorstep with a baby and a legal document saying they owe them back child support. Ask any guest on Maury Povich why that’s very important to many men.

Beyond giving lawyers one less recourse to screw men out of their money, there will likely be other major impacts on men, women, and society as a whole. Think about it. What will this do for men and male sexuality in general?

Make no mistake. There will be an impact. We saw it with the birth control pill for women. We’ll definitely see something similar with men. I already painted a scenario in my last post for a man who doesn’t want to worry about having children. For this post, I’d like to focus on the women.

In order to do that, I’ll have to remind women of a few unpleasant, unspoken truths that some men harbor towards women. Remember last year when I did a post where I tapped into the mind of a misogynistic man? Well, there’s one key component to that mentality that needs to be highlighted.

One of the unspoken, but rarely-discussed attitudes that men have towards women has to do with using their horniness against them. Men hate it when women use their insatiable desire to have sex to manipulate them. As men and as human beings, we can’t turn off our horniness. It’s what drives us to jump through all the hoops that women make us jump through, even when they have serious legal ramifications.

Vasalgel changes that in a big way by removing that traditionally easy method that women can use to manipulate men. If a man uses Vasalgel, then it doesn’t matter what the woman does to get him into bed. He won’t get her pregnant. He won’t give her that baby that’ll entitle her to a healthy chunk of his paycheck. It wouldn’t just put Maury Povich out of business. It would change the way women have to relate to men.

Suddenly, women can’t extort men in a way that is far too easy, as many professional athletes can attest. They can’t hook up with him with the sole purpose of extracting valuable children from him. If they want access to his money and resources, they actually have to put in the time, effort, and passion to make him want to be with her. What a concept, right?

Beyond baby mamas for pro athletes, Vasalgel could have an even greater impact on the sexual behavior of youth. Many of us, minus those in Texas, endured sex ed in high school. We learned all about contraception, diseases, and all the ways that getting knocked up when you’re young can ruin your life.

Well, to this point, only the teenage girls could do something about that. For the teenage boys, they could never be sure whether the girl they were trying to hook up with was on birth control. It’s not just stressful in a way that makes it hard to get a boner. It gives the girls a significant amount of leverage over the boys. Give any gender that kind of leverage and you’re just asking for trouble. 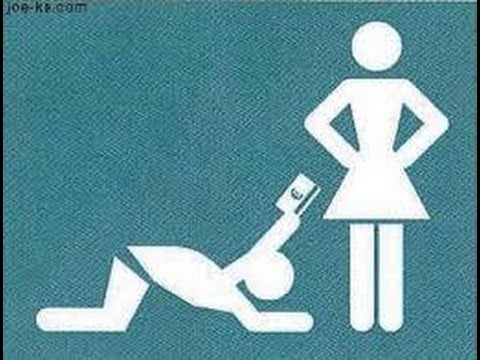 Throw Vasalgel into the mix and things change. Suddenly, a teenage boy knows that he won’t be getting any girls pregnant for the duration of high school or college. He can be as irresponsible as he wants, banging every drama student and cheerleader in his path, and never have to worry about knocking them up in a way that’ll make some girl’s father hunt him down with a shotgun.

Once again, this levels the playing field. This means girls are the ones who can’t be sure if a man has Vasalgel or not. That means they actually have to talk to each other about who does what to avoid getting pregnant. It’s sure to be an awkward conversation, but the mere fact that they talk this stuff out is important for two people who are thinking about having sex.

Assuming that Vasalgel makes it through the necessary testing phases, it could very well be available for the coming generation entering their teen years. Granted, those teen years will surely be awkward for many different reasons, but not having to worry about unplanned pregnancy will definitely help.

This means that we’re on the cusp of a major dynamic shift between genders. What will happen to the way men and women relate to one another when they both have equal control over their sexuality? It’s not just a thought experiment anymore. We’re going to find out very soon. As an aspiring erotica/romance writer, I look forward to the possibilities.