Does (Too Much) Knowledge Drive You Crazy? “Rick And Morty” Says Yes!

Greetings, and wubba lubba dub dub! If you remember that wacky string of words from a previous article, then you know, in part, what this will be about. That’s right. I’m going to talk about “Rick and Morty” again.

I promise it involves a serious issue and one I’ve touched on before. I know that’s hard to do when “Rick and Morty” contains characters named Mr. Poopybutthole, but I’m willing to rise to that challenge because I think this show illustrates that issue better than most, while still being hilariously subversive. 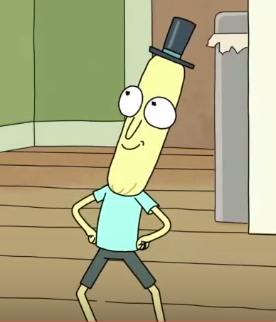 In some ways, the issue stems from problems I already highlighted with the crippling effects of boredom. It’s an issue Rick Sanchez deals with many times in the show and it’s just one of the reasons why I pegged him as someone who might relate to an emerging generation that will have to deal with more boredom than any generation before it.

However, this may even go beyond boredom in the sense that it strains our sanity more directly. In a world that’s already full of traffic jams, internet trolls, and reality TV shows featuring spoiled toddlers, that’s already pushing it. It all boils down to one simple question.

“Does too much knowledge drive us crazy?”

It’s a question that “Rick and Morty” tries to address in the least subtle way possible. In an episode called “Morty’s Mind Blowers,” which inspired this article, Morty briefly gains ultimate knowledge by gazing into the eyes of an alien turtle. I swear on Pamela Anderson’s tits that’s not made up. That really happened.

Naturally, this drives Morty nuts, which is saying something because it’s hardly the first time he’s been horribly traumatized. This is a different kind of trauma, though. Having all that knowledge, plenty of which strains his teenage brain more than it can handle, leaves him completely unhinged. He carries himself as someone who will need heavy medication and a padded cell.

Rick, being the lovable asshole he is, just shrugs this off and offers a simple solution. He’ll simply remove Morty’s memory of the experience from his brain. In fact, he reveals that he does this quite often, so much so that there’s a whole room full of Morty’s memories that he’s removed during their mind-bending adventures. Again, not a word of that is made up.

It’s an extension, of sorts, on a concept I’ve discussed earlier in dealing with trauma. I think most would see, to some extent, the merit of removing traumatic memories from someone’s brain. It spares them undue suffering and helps them function. On the basis of limiting someone’s pain, I think it could be argued that it’s a moral thing to do.

If, however, we use that same moral concept of reducing suffering, then what does that mean when excessive knowledge strains the human psyche to untenable extremes? If such knowledge inevitably leads to suffering, then it might take more than just removing memories to fix it.

It’s a distressing, but documented phenomenon and not just in shows like “Rick and Morty” either. There is a body of research that shows a correlation between mental illness and individuals with genius IQs. While correlation and causation are very different concepts, so much so that they’re easily confused, it’s hard to ignore the pattern here.

Those with obscenely high IQs know more you, me, or 99 percent of the average population. They see the world in a way that’s so different that it’s hard to relate to them on a fundamental level. It goes beyond the comical social awkwardness we see in shows like “The Big Bang Theory.” It can be downright debilitating for some people.

It speaks to the inherent limits of our caveman brains. As I’ve said many times before, our brains are not wired to process ultimate knowledge. They’re wired with two purposes in mind, namely survival and reproduction. While I enjoy writing stories about the latter, it’s hard to get around the former.

Knowing a lot means thinking a lot. Thinking a lot means realizing things that most people never even contemplate, either because they’re too busy trying to get laid or too stupid to wrap their head around it. In that sense, idiots may have an advantage when it comes to sanity, but what happens when it gets harder to be a happy idiot in this world?

As I write this, our society is being influenced by something called the Flynn Effect. In essence, it’s like Moore’s Law in that it documents a general rise in our collective IQ as civilization advances. That has huge implications and not just for the viral video industry that lives off the theatrics of idiots.

I’ve noted that it’s getting a lot easier and cheaper these days to educate people without sending them to the hormonal torture camp that is high school. This generation, as well as the next one, is the most educated generations of all time. Is it possible that as people get smarter, they’ll be more prone to mental illness?

It’s a difficult question to answer, especially when you throw brain augmentation like those being developed by Neuralink into the mix. It may very well be the case that Morty wouldn’t have needed his memories removed if he just had some sort of brain implant that allowed him to process all the knowledge he had. That may be what keeps everybody sane in the distant future.

It’s impossible to know for sure, but the conclusion of “Morty’s Mind Blowers” isn’t very hopeful. Near the end, Morty tries to absorb all the other memories he’s had purged from his brain over the years. Once he has them all back, he decides there’s only one solution. He tries to kill himself. Yes, it gets that dark. 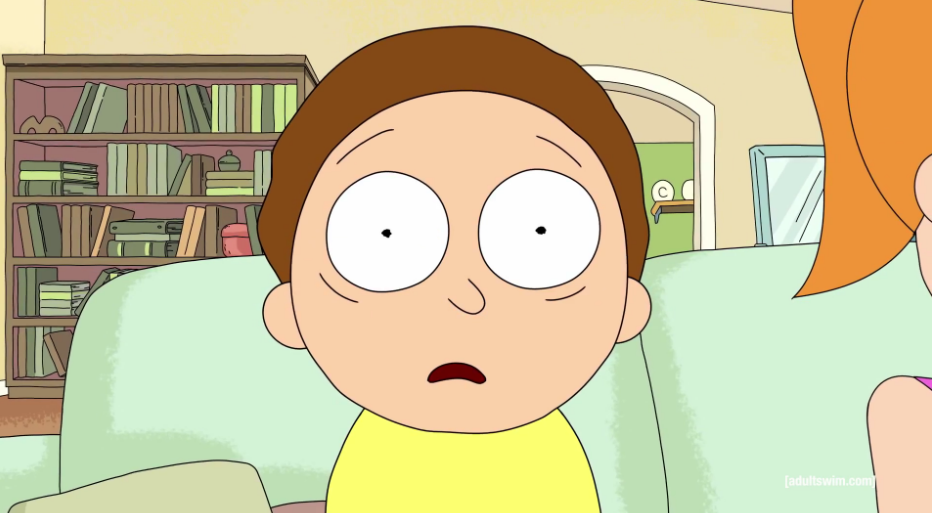 Naturally, he doesn’t succeed and not because someone talked him down. He doesn’t succeed because his sister, Summer, shows up and we find out that Rick actually had a plan for something like this, as he often does with everything.

To solve the issue, and effectively render all the conflict in the episode pointless, Summer purges Rick and Morty’s memory of the events of the entire episode. She then restores them to what they were at the beginning and makes it seem as though they fell asleep watching TV. There’s no real resolution, no greater insight, and no real lesson learned. This isn’t a 50s sitcom. This is “Rick and Morty.”

That resolution, as crass as it might be, might be the most we can do at this point. Our caveman brains are still painfully limited, even as our ability to craft and share knowledge grows. At what point do we reach a tipping point where so much knowledge starts to drive us crazy?

We don’t know for sure and the development of brain augmentation is sure to complicate things, but shows like “Rick and Morty” highlight just how hilariously unequipped we are to deal with this stuff at the moment. For now, we might be best taking Rick’s own advice and simply not thinking about it.

In that sense, maybe reading some of my sexy stories will help. It’s just a suggestion.

One response to “Does (Too Much) Knowledge Drive You Crazy? “Rick And Morty” Says Yes!”