Why Most Superheroes Are Woefully Incompetent (By Design)

I’ve been meaning to do a post like this for a while now. It’s a topic I’ve actually tried to discuss on comic book message boards. Unfortunately, most comic book message boards too readily devolve into debates about who can lift Thor’s hammer, who Wolverine is sleeping with, and whether or not She-Hulk shaves her pubic hair. Yes, it gets that bad.

Ignoring, for a moment, the immaturity of certain crowds on message boards, there are certain issues pertaining to comic books and superheroes that are too easy to overlook. I say this as someone who is plenty eager to overlook the flaws in a story if it means seeing Starfire, Wonder Woman, Emma Frost, and Storm of the X-men kick ass and look damn sexy while doing it.

One of those flaws, ironically enough, deals with the actual pragmatics that come with being a superhero. Granted, those practical details are usually an afterthought in most superhero comics. Why would anyone give much thought to that when they could instead focus on giant monsters, killer robots, and the Hulk’s penis?

Some of the problem has entirely to do with fans like me. I freely admit that, as a fan, I’m part of the problem. Superheroes, whether they’re in comic books, cartoons, or blockbuster movies, aren’t created with the intent of being really good at their jobs. They’re created as a product to sell. That means they have to be compelling, engaging, and part of a meaningful story.

That’s why we don’t care if Spider-Man fails miserably to stop a criminal or if Superman fails miserably to keep Lex Luthor locked in prison. So long as it’s part of a story, we keep buying in. We increase our emotional and financial investment. It keeps the narrative going and, by default, the money for the company producing the merchandise.

That’s also why there will never be a superhero who is too good at fighting crime, defeating enemies, and solving problems. After a while, they do too much good and the world they live in just doesn’t have enough flaws to be interesting anymore. Who wants to read about Spider-Man anymore after he’s effectively solved New York’s crime problem and spends his days taking photos of hobos pissing on trees in Central Park?

On some levels, comic book companies and movie studios of the world knows this. They’ll never admit it outright, but in the back of their mind, they have to know that they can never let a hero be too competent. Even Superman has to slip up every now and then. Make no mistake though. He definitely has throughout his 70-plus year history, sometimes in laughably disturbing ways.

There’s a very simple reason for this and unfortunately, it’s neither heroic nor sexy. I’ll give you a hint. It’s valuable, it’s green, and it fits perfectly in a stripper’s G-string. If you need more than one guess, you should probably see a doctor.

Yes, I’m talking about money. If anything, it’s kind of ironic, given the values that many superheroes hold and how broke many superheroes often are. They’re created to embody our greatest values, but they’re sole purpose, from an image standpoint, is to make money for the company that owns their rights.

Fortunately or unfortunately, depending on how you look at it, superheroes do succeed in that respect. According to The Hollywood Reporter, Spider-Man alone makes over a billion dollars a year in merchandising. That’s not a typo. I said billion. Batman is a very distant second with a little less than half-a-billion.

Superheroes are big business these days, both in terms of making money and spending it. According to rumors by Bleeding Cool, the next two Avengers movies could collectively cost a billion dollars. Again, that’s not a typo.

Whether tragic or triumphant, the heroes of old were part of a finite narrative that had an ending. King Arthur dies. Hector dies. Jesus Christ triumphs over the Satan. If these were comics, they would never survive in the modern market because they’re too complete. Modern superhero stories can never truly end.

Even iconic comics like Watchmen, which was supposed to have a definitive end, but DC Comics nixed that by incorporating it into their mainline superhero comics. Granted, this thoroughly pissed off Watchmen’s creator, Alan Moore, but he’s been pissed off for any number of reasons for the past 30 years so that’s not saying much.

Instead of ending, modern superhero comics are prone to a tricky phenomenon that most comic book fans know all too well. It’s called retroactive continuity, also known as a “retcon.” This is basically the literary equivalent of a mulligan.

Has Spider-Man become too convoluted, mature, and dark? A retcon will make him a lovable loser again. See “Brand New Day.”

Has Batman become too campy and goofy? A retcon will make him dark and gritty again. See “Batman Begins.”

Have the Fantastic Four become too flat and boring? A retcon will make them a team of jaded young millennials. See 2015’s “Fantastic Four,” although pretty much every Fantastic Four fan would strongly advise against it.

Thanks to retcons, superheroes never age. They can always be reinvented, re-tooled, and adapted for a new audience. Granted, that won’t stop some audiences from whining about it, but it effectively ensures that the narrative never ends and the particulars of the story at every point in the timeline are subject to change.

This can be a good thing sometimes, such as when a retcon gives us a great character like the Winter Soldier in the Captain America comics. However, it can also splatter painfully disturbing details on an established narrative that didn’t need it. Just talk to Spider-Man fans about a story called “Sins Past” and watch them become visibly ill.

In the end, however, it often means that characters never really progress beyond a certain point and the problems they hope to solve never go away. The Joker always escapes. Lex Luthor always returns. Spider-Man’s girlfriend gets killed, injured, or impregnated by his worst enemy. It’s as frustrating as it sounds.

Most superheroes will gloss over this detail by taking a stand against killing. That’s perfectly understandable on some levels. The morality of killing someone is one of those few moral issues that don’t generate too much debate, unless it involves Nazis in video games. However, in some respects, the anti-killing is both an excuse and a sales tactic.

Batman is, by far, the best example in this respect. Despite being the alpha and omega of an ordinary man achieving extraordinary feats without superpowers, Batman still cannot and will not stomach killing any of his villains. No matter how many times they escape, kill, or torment others, he refuses to kill them.

Ignoring for a moment the debate on whether he’s responsible for the deaths those villains subsequently inflict, there’s one other issue that makes Batman’s anti-killing stance more a marketing gimmick than a morality stand. Batman’s villains are iconic characters in their own right.

Just look at the list of famous Batman villains. Then, remember how many of them are popular Halloween costumes. Also keep in mind one of them earned Heath Ledger an Oscar and another got Margot Robbie to put on hot pants. Creating characters this iconic isn’t easy. That’s why comic companies and movie studios are so reluctant to kill them. 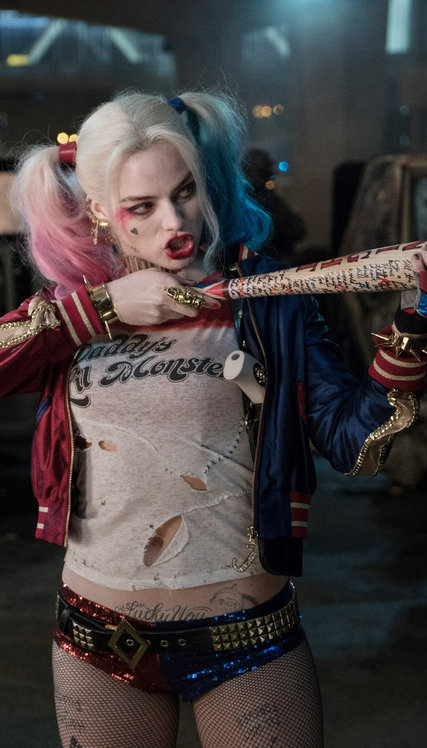 It’s not that it’s impossible. It’s just that it ends the story and the ability for big companies to make a boatload of money off them. That ensures every modern superhero is a walking paradox. They can never truly achieve their goal, but they can never stop trying either. It’s not because it’s the right, moral thing to do either. It’s because movie studios and publishing companies still need to make money.

That’s not very heroic, to say the least, but that’s the world we live in. Until money and movie rights stop driving superhero narratives, we’ll never see a truly competent superhero.

5 responses to “Why Most Superheroes Are Woefully Incompetent (By Design)”