Jack’s World: How I Got Into Shape And My Advice To Others Trying To Do The Same

The following is a YouTube video for my YouTube Channel, Jack’s World. Since it’s the week of Thanksgiving, I thought it would be timely. It covers my history with getting into shape, the challenges I faced along the way, and my advice for those who seek to do the same. I’ve talked about this challenge before, but I thought it warranted a more comprehensive video. Enjoy! 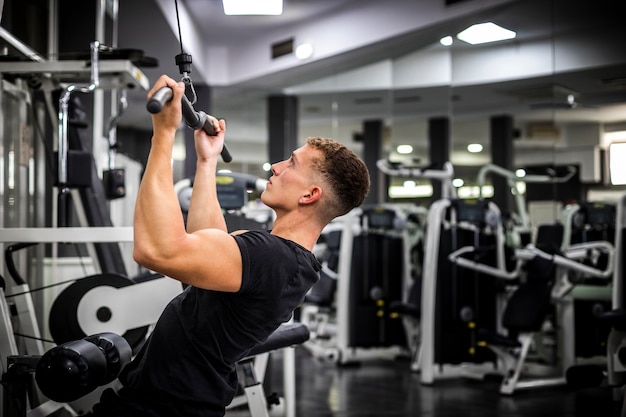 I know it’s just a few days into 2020. I also know that this is the time most people try to uphold their New Years Resolution to get in shape and get healthier. I completely respect that resolution. In fact, I encourage and applaud it. I’ve made a concerted effort to get into shape. I can personally attest that it’s worth it.

However, I noticed something when I went to the gym yesterday that’s worth noting.

As always, it was crowded a few days after New Years. I expected that. I try to plan around it. While I still applaud people for making the effort, I question their approach.

To illustrate, here’s what happened. I saw someone sitting at a weight bench doing butterfly curls, but stopping for a few minutes after every set to check their phone. I don’t know if they were discussing something urgent. For all I know, this person was a doctor trying to communicate life-saving medical advice.

Even if that were the case, it’s not the kind of thing that’ll help you get into shape. If your workout is easy enough for you to text in between sets, then it’s too easy. You’re not pushing yourself. You’re not burning calories. You’re not building muscle. You’re barely getting your heart rate up.

I also saw other people just sitting on the weight machines, doing a set every several minutes or so, but still focused more on the TV that was hanging from the wall than actually pushing themselves. Again, if you’re able to focus on a TV show in between sets, then your workout is too easy.

I know you shouldn’t push yourself too hard, especially if you’re new to working out. I made that mistake more than once when I started working out. I injured my foot and my back the first week I went to the gym. I also learned quickly that if your workout isn’t intense enough, then you’re not going to get much benefit from it.

I feel like in the age of the internet where a simple Google search will show you everything you need to know about getting a good workout, nobody has excuses. If it helps, just check out this video for simple workout tips and let that be your guide.

If your focus is on losing weight and shedding fat, check out this video. It offers a nice tutorial on how to make a trip to the gym successful.

Again, and this is probably the simplest advice I can give, if your workout isn’t intense enough to keep you from texting someone, then it’s not intense enough.

Tagged as exercise, fitness, general health, getting in better shape, getting into shape, going to the gym, gym, gym trip, health, how not to work out, learning to work out, New Years Resolution, weight loss, weight training, working out