Polygamy Vs. Consensual Non-Monogamy: Is There A Difference?

When it came to dissecting the absurdities of language, nobody did it better than George Carlin. Beyond being one of the funniest comedians of all time, Carlin could break down certain concepts in a way that was as insightful as it was hilarious. His brilliant analysis of what he called “soft language” is more relevant now than it was when he was still performing.

Given the rise of outrage culture, I often wish George were still alive today so that he could tear the absurdities down, as only he could. We can only imagine how he would’ve tackled issues like fake news, alternative facts, and toxic masculinity. At the very least, his legacy of attacking soft language lives on.

The face of a man who didn’t buy such bullshit.

Whatever the case, no matter how many colorful words people utilize, the underlying theme is the same. There are certain aspects of reality that bother some people, so they decide to re-frame it in a way that feels less serious and more palatable. It’s rarely overt. There’s rarely an official announcement or anything. Most of the time, it’s just a trend that people forget is absurd.

This leads me to the emerging concept of “consensual non-monogamy.” It’s kind of what it sounds like. It’s a form of a non-monogamous relationship in which both partners grant one another permission to seek sexual or romantic entanglements with others. Sometimes it involves certain rules and boundaries that are openly negotiated. The key is that there is consent and understanding at all levels.

This is not a new idea. If it sounds a lot like polyamory, an idea I’ve touched on before, that’s because it is for the most part. It’s a non-monogamous relationship that people pursue for any number of reasons. It’s actually one of humanity’s oldest forms of relationships and some even argue that it’s more natural than monogamy.

I’m not going to argue how natural or unnatural such practices are, but I think this latest manifestation of soft language requires scrutiny. Like every other kind of soft language, these sorts of linguistic quirks don’t evolve randomly. There’s often a method behind the absurdity and while I’m not as brilliant as Carlin, I have a pretty good idea of why it’s happening.

In terms of definitions, there isn’t that much difference between polyamory and consensual non-monogamy. Logistically, though, there are a few complexities that differentiate the two practices. They’re minor, but relevant to the extent that inspired soft language.

While there hasn’t been much research into consensual non-monogamous couples, the little we do have paints a fairly comprehensive narrative. In these relationships, there is a “primary” partner who holds the role of spouse/lover. This is the partner with which they love and seek to share their lives with. They’re the ones whose names are on emergency contact forms, loan applications, and wills. 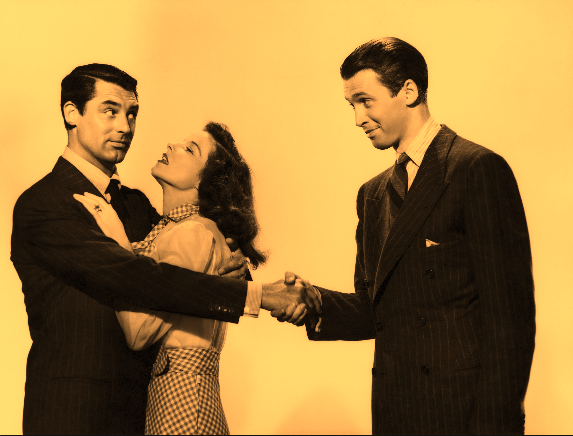 Beyond the primary partner are all the girlfriends/boyfriends with which the sexy stuff occurs. The extent and motives behind these encounters are communicated and understood with the primary partner. Every couple is different so the boundaries vary. Some couples have to be together when they’re getting sexy with others. Some are okay with it happening more randomly.

Polyamory, for better or for worse, is one of those terms that has a certain level of linguistic baggage. It’s less associated with the free-spirited couples who get their own reality show and more with outdated traditions associated with polygamous marriages. Think “Big Love” rather than “Friends With Benefits.”

Now, I know I’ll upset those in the polyamorous community for just hinting at that association. For that, I apologize. I know most who identify as polyamorous or consensual non-monogamous don’t like being associated with the kinds of practices that are often associated with horrific crimes. That gets to the heart of where this soft language comes from.

Even if the principles are the same, those sexy free-spirited couples have a valid incentive to set themselves apart from polyamory. It doesn’t matter the disturbing practices of extreme religious cults are only a small subset of polyamorous relationships. They’re distressing enough for most reasonable people.

I dare you to find something more creepy.

As a result, a less broad term emerges. Consensual non-monogamy may have a few extra syllables, but it feels more technical and official. It’s harder to apply to the more distressing aspects of polyamory because it emphasizes consent, a concept that has only become more heated in recent years.

You can’t have child marriages or even arranged marriages of any kind under consensual non-monogamy. It would undermine the whole “consensual” part of the term. In that context, it’s understandable that this kind of term would emerge. There’s nothing in the definition of polyamory that weeds out those negative associations. Rather than actually confront it, soft language acts as a filter.

Given the frequency with which the negative aspects of polygamy still occur, it’s hard to blame those who practice consensual non-monogamy for wanting to set themselves apart. As those relationships become increasingly acceptable, there will be an increasing desire to frame it in a particular way and “consensual non-monogamy” checks all the right boxes.

It implies choice and personal freedom.

Even if the definitions aren’t that different, consensual non-monogamy still does just enough to set itself apart from polyamory. In terms of soft language, it adds some critical, but necessary complications to something that is still subject to plenty of taboos. In a perfect world, such a differentiation wouldn’t be necessary. Sadly, that’s not the kind of world we live in.

I like to think even Carlin would understand that some amount of soft language is necessary. Whether you call it consensual non-monogamy or polyamory, how we think about these ideas are going to affect our attitudes towards it. If consensual non-monogamous couples don’t want to be associated with crackpot religious cults, then they have every right to set themselves apart.

That said, it’s also entirely possible that more soft language will emerge as consensual non-monogamy becomes more mainstream. Love, sex, and relationships are complicated and human beings are uniquely talented at complicating things. Years from now, we may not call it consensual non-monogamy. We may use something along the lines of “mutually non-binding romantic intimacy relationship agreements.”

At that point, hopefully someone will have picked up on the absurdities. George Carlin may no longer be with us, but that doesn’t mean we should tolerate more bullshit in a world that already has too much of it.