Everybody has at least one unpopular opinion that draws ire from the vast majority of people. I’m not referring to extreme political stances, though. Those who identify as full-fledged communists, anarchists, or theocrats are more defined by an ideology than an opinion. I’ve shared plenty of opinions in the past, some of which I’m sure qualify as unpopular.

Regardless of what those opinions entail, I’ve tried to make my point and most of the time, I can find a substantial group of people who share my views. It’s part of why I enjoy doing what I do. However, there’s one particular opinion I have that might be the most unpopular position I’ve ever held.

It has nothing to do with politics or ideology. It has to do with comics and superhero movies, another popular topic I’ve discussed many times before. I’ve shared it before in other forums and in almost every case, I have a hard time finding anyone who agrees with me. Knowing how dangerous it can be to share unpopular opinions on the internet these days, I’m going to take a chance and share it here.

I believe that Jennifer Lawrence’s take on Mystique is one of the best version of the character in any medium.

I’ll give X-men fans, comic book fans, and fans of superhero movies a moment to stop fuming. Take all the time you need. Believe me, I’ve heard and read all the vile insults you want to throw at me. Before you flood the comments section with a fresh batch of frothing hate, please hear me out because I feel like there’s a point worth making here. 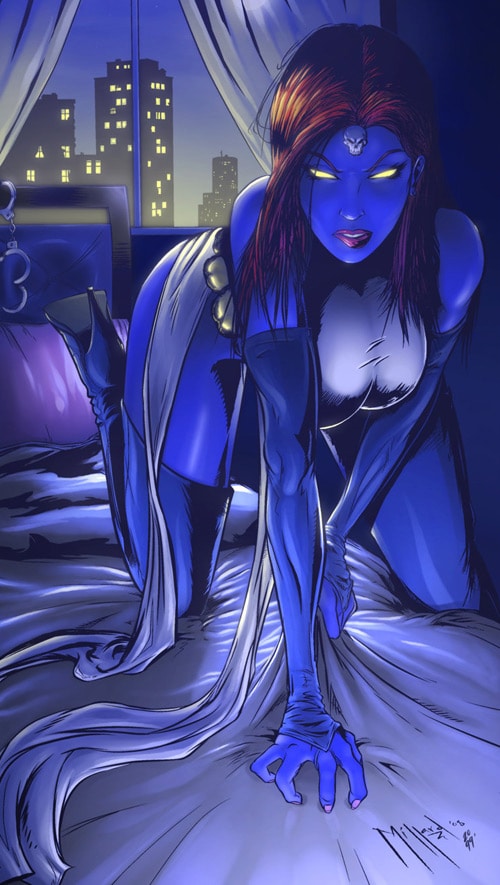 If not, please take this stunning image as a consolation prize.

Before I get into the details of the comics and movies, I freely acknowledge that Jennifer Lawrence is one of those high-profile celebrities for which many have mixed opinion. Ever since she rose to fame, she has been a polarizing figure. People either love her or hate her with very little in between.

Regardless of how you might feel about her, as an actress, there’s no denying that she played an instrumental role in revitalizing the X-Men movies, beginning with “X-Men: First Class.” As Mystique, she succeeded a very popular version in Rebecca Romijn, who set the precedent for blue-skinned shape-shifters who favored nudity. However, there was one important distinction with Ms. Lawrence’s version.

Unlike Ms. Romijn, and every other version for that matter, Ms. Lawrence’s take on Mystique included a backstory that provided unprecedented depth for the character. That story, and the depth that came with it, proved critical in the role that this Mystique would play in “X-Men: Days Of Future Past.” I would go so far as to argue that both movies work largely because of how Ms. Lawrence carried this character. 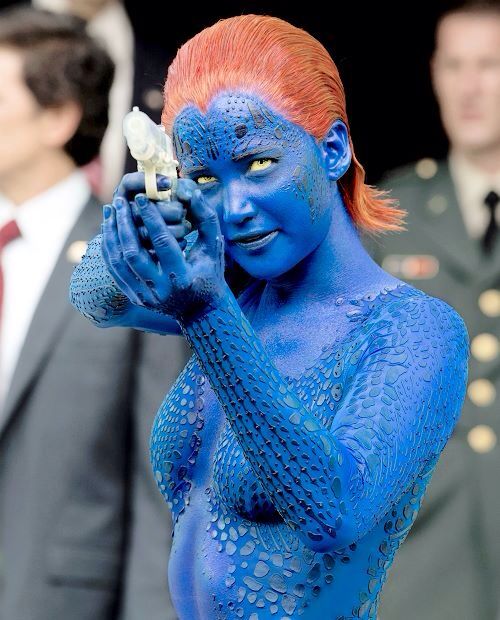 I can probably find more than a few people who agree that Ms. Lawrence’s Mystique was important in making her first two movies in the role work. Where I probably lose those people is when I go a step further and claim that this version of Mystique is superior to most other versions.

Some might call that hyperbole and maybe it is, to some extent. I still contend that there is an argument to be made and anyone familiar with Mystique’s history in the comics can appreciate it. I doubt I’ll change anyone’s mind, but it’s that very history, or lack thereof, that helped make Ms. Lawrence’s take on the character so compelling.

Mystique, like many other comic book characters, has a history that is more convoluted than most. She’s been around since 1978, but in all that time, her character has never been developed beyond a certain point. In fact, in the grand scheme of Marvel’s vast universe, it’s remarkable that she has managed as well as she has with so little backstory. 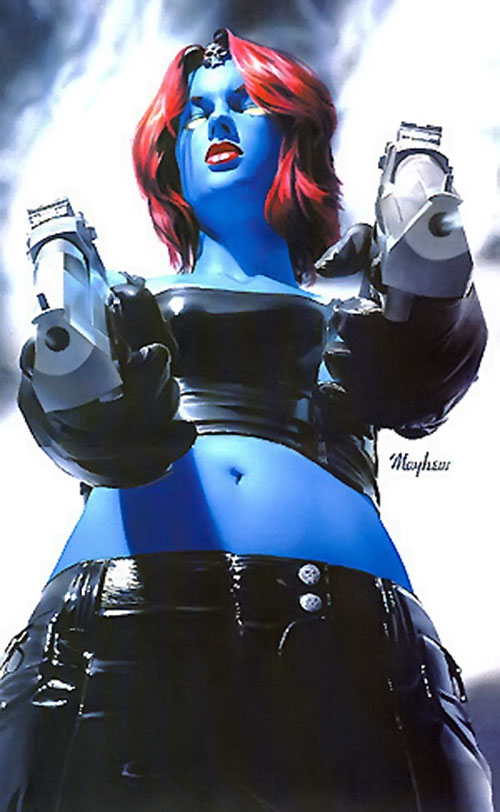 There’s no canonical information about where she was born, who her parents are, or even how old she is. She has never appeared as a child or a teenager. She’s always been an adult who goes by the name, Raven Darkholme. It’s not even clear that’s her actual name. Being a shape-shifter, it’s impossible to tell.

Beyond her unexplored history, Mystique’s personality has been pretty flat over the years. She’s a villain. That much is made clear. However, her brand of villainy is not nearly as refined as others. She’s basically a sociopath whose only purpose in life revolves around tormenting the X-Men, especially Wolverine.

How she goes about it varies, but why she does it rarely gets explored. Granted, there have been times when she has joined the X-men, but it never lasts and often ends with her betraying them. It has happened so often that it’s somewhat predictable. Even when it seems like she has undergone some major growth, she always ends up regressing back to her psychotic ways. 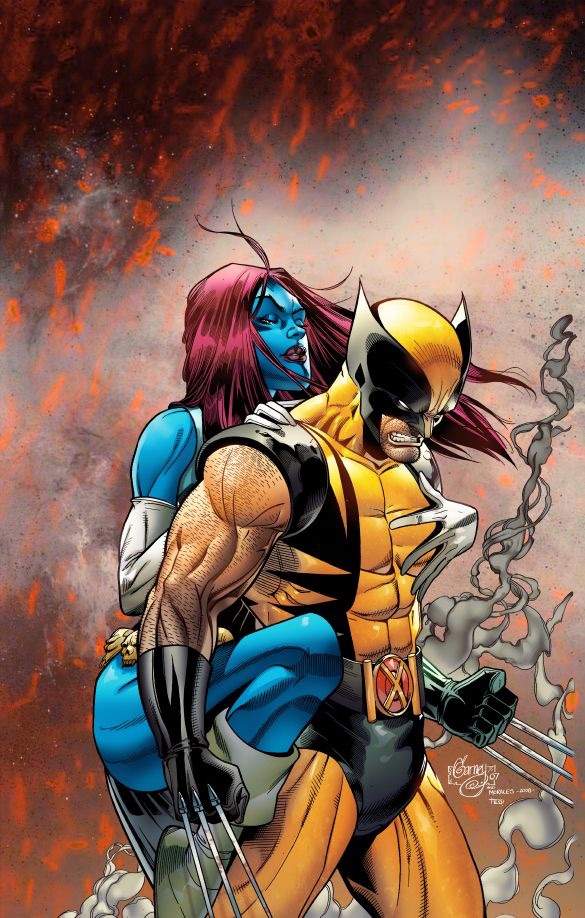 She still looks sexy every step of the way.

That’s not to say she has no depth. Being the biological mother of Nightcrawler and the adopted mother of Rogue has been a major source of drama over the years. Her romantic and sexual entanglements have also been colorful to say the least, albeit not always in a good way. However, this drama rarely ever adds depth to her villainy.

While Rebecca Romijn’s version had some nuance, especially in the second movie, she didn’t deviate much from her comic book counterpart. For three movies, she was one of Magneto’s top henchmen and little else. Jennifer Lawrence’s version of Mystique dared to be more than that.

The first minutes of “X-Men: First Class” did more for Mystique’s backstory than three movies and four decades of comics had done to that point. It established her as a mutant who’d run away and had nowhere to go, something that has real-life parallels for certain minorities. From there, she develops a close sibling bond with James McAvoy’s Charles Xavier, which does plenty to develop his character as well.

However, what truly makes this version of Mystique special is how she grows over the course of several movies. Like her comic version, she shifts her allegiances repeatedly. She starts off as an ally of Charles Xavier. Then, she leaves and follows Magneto. Eventually, she returns to Xavier’s side, but not without undergoing major personal upheavals.

In both “X-Men: First Class” and “X-Men: Days Of Future Past,” she finds herself at a crossroads on multiple occasions. Sometimes, she walks a more villainous path. Other times, she’s more virtuous. They’re all contingent on difficult choices and, regardless of where they take her, there’s an underlying sentiment to those choices.

In “X-Men: First Class,” she chooses Magneto because she believes Charles wants her to hide her true form. In “X-Men: Days Of Future Past,” she choose Charles because she realizes the consequences of her actions. Friends and enemies alike try to influence her. When she finally makes a choice, it feels like something a real character would make.

In the comics, you can always assume Mystique will make villainous choices and be right most of the time. With Ms. Romijn’s, you can assume she’ll choose whatever Magneto chooses and be right, as well. The choices of Ms. Lawrence’s Mystique are truly uncertain and for a character defined by her shape-shifting traits, that’s more than fitting.

It wouldn’t be accurate to call Ms. Lawrence’s Mystique a hero. In “X-Men: Apocalypse,” she resents that label. It wouldn’t be accurate to call her a villain either, even though she doesn’t always side with the X-Men. She adapts to whatever her situation requires, like anyone would expect of a skilled shape-shifter. It’s an understandable, and even admirable, take for a character in a superhero movie.

While her ultimate fate was tragic, as revealed in “Dark Phoenix,” her journey has been remarkable. Regardless of how the events of “Dark Phoenix” played out for everyone else involved, it’s still the most complete story that Mystique has ever had. That’s why I feel Jennifer Lawrence’s take on Mystique is the best we’ve seen to date. 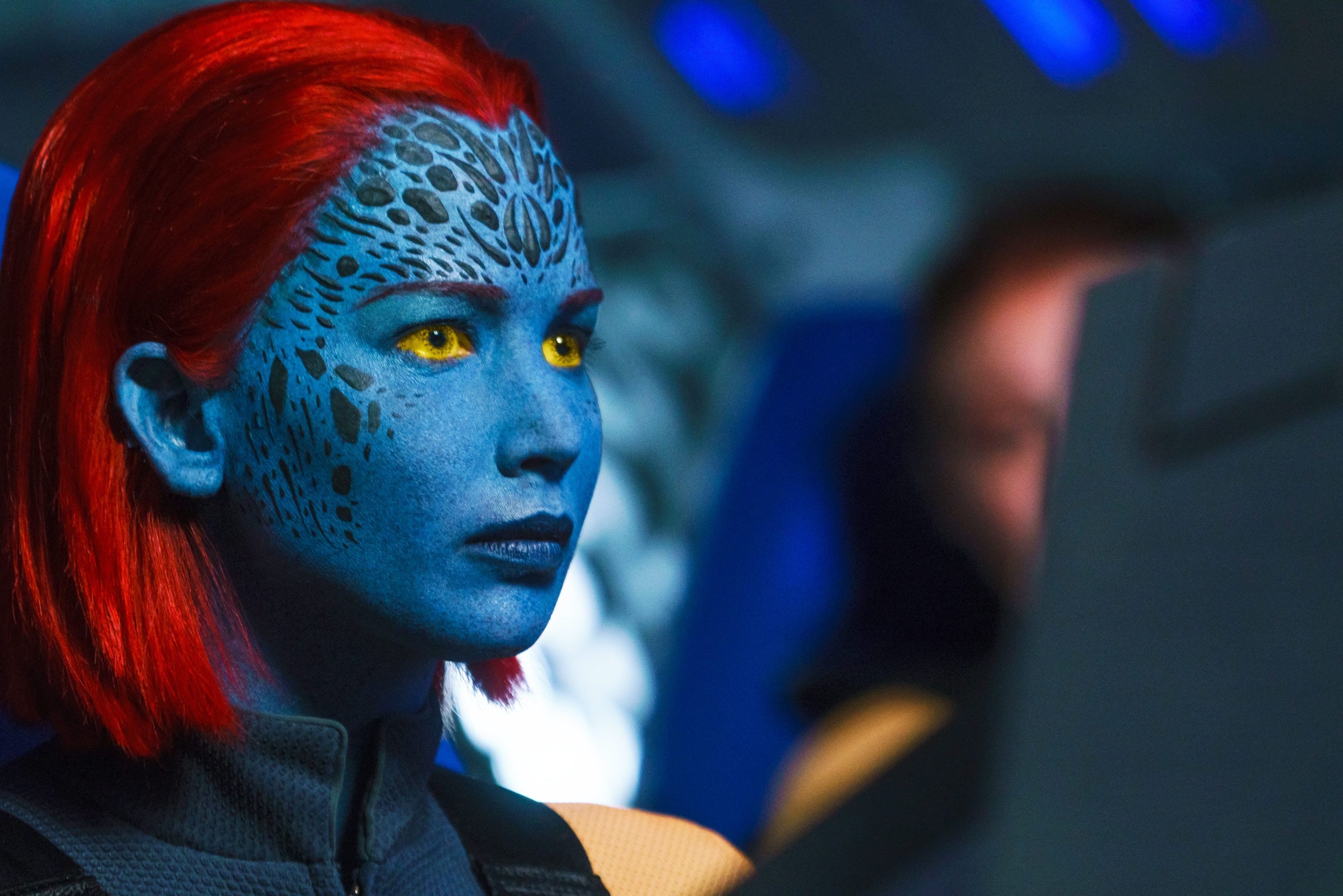 That’s not to say she’s without flaws. I don’t doubt that her diminished role in “X-Men: Apocalypse” undercut her development. Even with those flaws, she’s still more balanced than anything the comics or previous X-Men movies have given us. Whatever happens with the X-Men as they joint he MCU, I hope Ms. Lawrence’s Mystique inspires the future of the character for years to come.

To all those who disagree with me, and I’m sure there are many, I welcome your comments and thoughts. I only ask that you keep it civil.