There are many guilty pleasures on the internet these days, although only a few require a total clearing of your browser history. I don’t deny enjoying some of those pleasures, but there is one in particular that I’ve grown fond of in recent years. It’s one of the few that requires extra thinking, but in a fun, non-tedious sort of way.

I’m referring about fan theories, also known as the biggest chunk of Reddit that doesn’t involve celebrities answering random questions about their genitals. Now, I didn’t realize how much I loved fan theories until I started exploring them. Like pumpkin spice lattes, they’re one of those strange novelties you don’t know you like until you try them.

I didn’t even know they were a thing until Cracked.com started doing articles about them. I was among those who didn’t bother reading too much into a TV show, movie, or song. I just took them in, singled out the ones that had beautiful women in bikinis, and enjoyed the extra butter in my popcorn. Fan theories inspired me to dig a little deeper and sometimes, it can change the overall experience for the better.

Granted, some fan theories are going to be much more absurd than others, as many “Game of Thrones” fans will attest. Some are so absurd that creators have to come out and shoot it down, as a “Friends” co-creator had to do when a theory involving Phoebe and meth-fueled fantasies gained popularity. Yes, these theories can get that crazy.

Sure, those crazier fan theories are good for a laugh, but I prefer fan theories that add nuance and depth to the story. Even if they require a few contrivances here and there, I find that they enhance the overall impact of the narrative. Sometimes, they can even clarify some ambiguous plot points.

As a general fan of stories that have impact, both in the heart and in the loins, there are certain fan theories that resonate with me more than others. That’s why I’d like to list my top five favorite fan theories and why I think they improve the overall story. If nothing else, I hope it gets people to watch a little closer at the media they consume. They may surprise themselves by how a little imagination can add to the experience.

Fan Theory #1: James Bond Is A Title, Not A Name

This fan theory is beautiful in its simplicity. It doesn’t require a huge stretch of the imagination. If anything, it helps connect a few dots that you didn’t even know where there. No matter which version of James Bond you prefer, from Sean Connery to Daniel Craig, this theory fits into it.

The concept is simple. James Bond, like the 007 designation itself, isn’t the name of an actual person. It’s a title. This doesn’t necessarily mean that every James Bond movie ever made fits into the same continuity. It just means James Bond is less a person and more a concept.

He represents the epitome of a spy, a badass, and a smooth-talking ladies man. In every era, from the Cold War to today, there’s a need for men like that. James Bond represents the ideal for those men. Like Navy Seals, only a few have what it takes. Those select few earn the right to go by that name that makes women of all eras swoon. I find that inherently poetic.

If you subscribe to this theory, it even enhances other movies. It ties directly into a theory about the movie, “The Rock,” and somehow it makes Sean Connery even more badass. The sheer reach of this theory is part of why it’s my favorite.

As a die-hard comic book fan, which I’ve made clear on many occasions, this theory is near and dear to my heart, if only because it further immortalizes the legend that is Stan “The Man” Lee.

As anyone who has seen a Marvel movie since 2000 knows, Stan Lee often appears as a cameo in every movie. From a hot dog vendor in “X2: X-men United” to a Fed Ex guy in “Captain America: Civil War,” he seems to pop up everywhere, regardless of which studio owns the movie rights.

Well, this fan theory takes those appearances and turns them into something more than just a fun gimmick. It says that Stan is actually playing the same character in all his appearances, namely that of Uatu, The Watcher. Those who know Marvel lore understand why this is a big deal and why it makes so much sense.

The Watcher is like a cosmic historian, documenting and cataloging every major event in the Marvel universe, going back to the beginning. He’s been known to change appearance and show up unexpectedly throughout the comics. Who better encapsulates that spirit other than Stan “The Man” Lee?

This is actually one of those theories that became so popular that it was effectively confirmed in “Guardians of the Galaxy Volume 2” wherein Stan Lee is shown interacting with the Watchers. It could mean that this theory might expand the breadth of the entire Marvel Cinematic Universe, a feat that only Stan himself could hope to accomplish.

I don’t deny it. I’ve seen every Star Wars movie to date in the theaters and I love every one of them, Jar Jar Binks notwithstanding. I know there’s a popular Jar Jar fan theory that helps make “The Phantom Menace” somewhat more interesting, but I don’t think it does much to enhance the overall saga.

That’s why this theory about R2-D2 and Chewbacca is much more intriguing. It claims that at the end of “Revenge of the Sith,” R2 did not get its memory wiped. Why would it? It witnessed the rise of the Empire and the fall of Anakin Skywalker. That’s very useful information for the future rebellion.

However, R2 and anyone else associated with the old Jedi order needs to lay low once Palpatine comes to power. That’s where Chewbacca comes in, who already established a relationship with Yoda in “Revenge of the Sith.” By becoming an agent of Yoda and the rebels, he can coordinate with R2 to spread intel among the rebellion right under the Empire’s nose.

It also explains how he ended up with Han Solo, a smuggler who constantly annoys the empire with his criminal activities. By being on Tattooine, he can keep an eye on Luke along with Obi-Wan while relaying intel.

More than any other theory, it provides connective tissue between the prequels and the sequels. It also makes R2 even more lovable, which in and of itself is quite an accomplishment.

Fan Theory #4: Andy’s Parents Are Going Through (A Nasty) Divorce 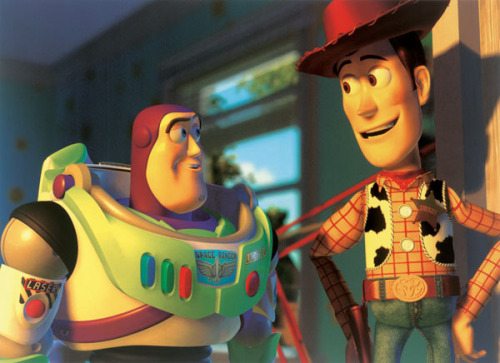 Honestly, who doesn’t love “Toy Story?” I question the emotional health of anyone who doesn’t. It’s such a fun, upbeat story full of heart and emotion. It helped make Pixar the gold standard for animated movies that make adults cry like children.

Well, get some tissues because this fan theory makes “Toy Story” just a little bit more emotional, if you can believe that. It helps make sense of why Andy is so imaginative, preferring to play with toys for hours on end in his room. The answer is simple, but solemn. His parents are going through a nasty divorce.

While there’s nothing in the movies that directly hint at it, the absence of Andy’s father is somewhat telling. Some eagle-eyed fans have even pointed out that Andy’s mother isn’t wearing a wedding ring. That hints that there’s something amiss in his home life. Either Andy’s father left his family or he got kicked out of the house. It also explains why the family was moving in the first movie.

I like this theory because it adds some context to Andy’s home life. It makes me understand why he loves his toys so much. He creates these wonderful worlds in his mind to escape and cope with a tough situation. Compared to what he could’ve done, I think it’s both healthy and refreshing.

Fan Theory #5: The Dinosaurs In “Jurassic Park” Are NOT Dinosaurs 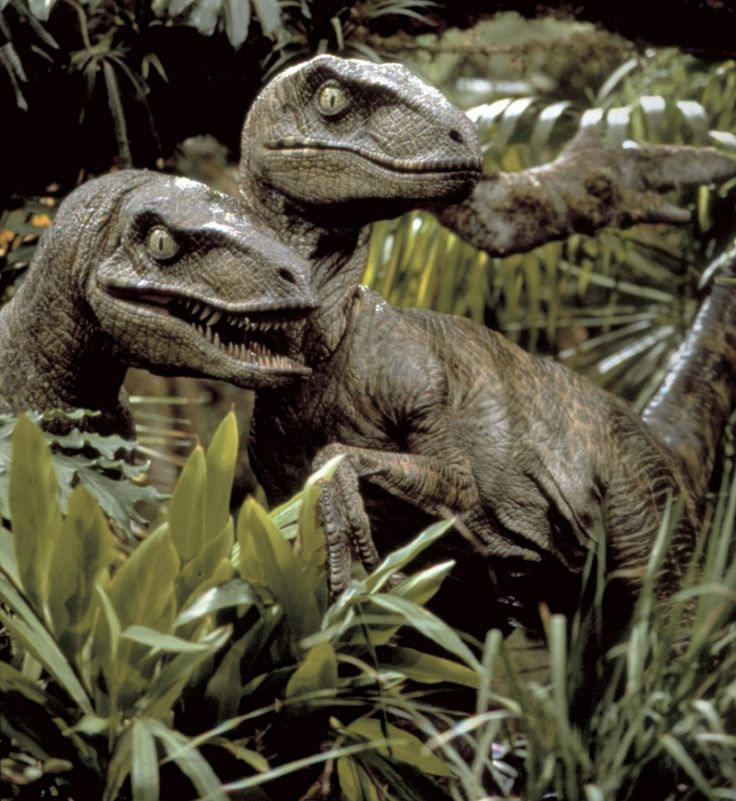 The appeal of “Jurassic Park” is pretty easy to understand. In terms of summer blockbusters, it checks all the right boxes. It involves cute kids, running from monsters, and wondrous imagery that doesn’t entirely rely on CGI. It’s so wondrous that you don’t care that the dinosaurs in that movie look nothing like actual dinosaurs and the science behind making them is impossible in the real world.

That’s why this fan theory is so compelling because it adds an extra layer to that wonder. Simply put, Jurassic Park has no dinosaurs. All those creatures you see in every movie aren’t based on any actual creatures that once lived. They were all genetically engineered to simply look like what people think are dinosaurs.

While that may help make sense of why the creatures in the movies don’t resemble anything we see in the fossil record, it adds an even greater amount of intrigue to “Jurassic Park” because it gives Dr. Hammond a more subtle motivation. Why would he even ask a couple of paleontologist to visit his park in the first place?

This theory gives a more clear-cut answer in that Hammond knew that if he could fool a couple of paleontologists, then he knew he was onto something. He could call the creatures in his park dinosaurs instead of some zoo for genetic monstrosities. Remember, he wants to appeal to family and kids.

This theory, like the Stan Lee/Watcher theory, actually got some level of confirmation in “Jurassic World.” In that movie, Dr. Henry Wu flat out says that “there are no dinosaurs in Jurassic World.” Everything was engineered to up the spectacle. It’s one of those theories that makes too much sense, but in a good way.