A Relationship of Unequals: Penny and Leonard of “The Big Bang Theory” Earlier this week, I talked about the importance of romantic relationships between equals. It’s too common these days that strong female characters have to overpower male counterparts. That makes finding examples of a romance among equals, even if it’s as simple as an X-men comic, more important as our culture evolves. By that same token, it’s just as important to acknowledge relationships between apparent unequals. That brings me to one of my favorite shows on TV right now, “The Big Bang Theory.”

Now let me make this clear, just in case I didn’t make it clear enough already. I love this show. It’s one of my favorite shows on TV. It’s funny, it heartfelt, and it’s has lovable, compelling characters. That’s the most you can ask of any TV show these days. However, there’s one component of this show that bugs me and it has to do with the never-ending romance of Penny and Leonard.

I know that this is, by far, the most important romance of the show. From the show’s first episode, this romance has been the driving force behind many plots. It’s perfectly understandable. A cute girl moves in across the hall. A lonely, single guy is going to notice. There’s nothing wrong with that being the foundation of a relationship. There are many wonderful love stories, real and fictional alike, that begin this way. It’s what happens after the beginning that make Penny and Leonard an unstable relationship at best and a toxic one at worst.

We’ve all heard it before. Opposites attract. It’s a common theme in many romance stories and it definitely works in some respects. It’s cute and concise so of course it isn’t entirely reflective of reality. Even science doesn’t offer a clear-cut answer. According to Psychology Today, research involving relationships among opposites tend to have mixed outcomes. It can work. It can also fail. In the fictional world of TV and within the limits of a half-hour show, those failings often get overlooked with Penny and Leonard.

Let’s look at the basics first:

There’s definitely some appeal to seeing these two come together. Love finds a way, right? Well, love is only part of the equation here. Love is an important element of a relationship, but making that relationship work requires a lot more.

As I’ve written about before, doomed romances tend to have a common theme. Chief among those themes are the inequalities among the characters. It’s one thing for a princess to fall in love with a smuggler. It’s quite another to make that relationship work, given the differences between these characters. When two people come from different worlds and have different interest, it can hinder communication between them. Any relationship expert with any degree of competence will agree. Poor communication is toxic to a relationship.

Communication between Penny and Leonard is rarely clear. It leads to many of the hijinks within the show. Early in Season 2, they send each other a lot of mixed messages by dating other people. Penny dates one of her stereotypical dumb jock types while Leonard dates another stereotypical nerd type. Having already gone on a date at this point in the show, there’s no excuse for ambiguity. They know where they stand.

Later in Season 3, it gets even more erratic. In Episode 19, “The Wheaton Recurrence,” Leonard tells Penny he loves her. Her response, “Thank you.” It leads to yet another break-up between them, which is a recurring theme. Yes, they eventually come back together. Yes, Penny eventually does admit she loves him, albeit several seasons down the line. Along the way, the inequalities become more and more striking.

Now I know there’s a double standard in that scenario. A man asserting sex with a woman is still taboo, but the comic ineptitude that Leonard demonstrates makes this taboo a moot point here. It further reinforces that Penny is the one with all the power in this relationship. She can end it, start it, and guide it as she sees fit. Leonard, being so meek, can never assert himself convincingly.

These sorts of inequalities don’t just create bad dynamics. It also makes jealousy a whole lot worse. In Season 6, Episode 8, “The 43 Peculiarity,” Penny and Leonard are together again. Then, Penny gets an attractive male lab partner while going to community college and this is enough to freak Leonard out. While it is funny at how he deals with it, this kind of jealousy hints at another troubling trait that is toxic to relationships.

Jealous, namely the unhealthy variety, can go beyond simple envy, which we all have whenever we see someone driving a nice car. The jealousy in this instance becomes possession. Leonard sees his relationship with Penny as a precious piece of property that he must guard from those who may steal it. He doesn’t trust Penny. He knows she has a promiscuous past. He lets it get to him.

Penny is just as guilty of this as well. In Season 6, Episode 3, “The Higgs Boson Observation,” Leonard connects with Sheldon’s new female assistant, Alex. Penny flat out admits this bothers her. Despite her having so much power in this relationship, she still gives the impression that she owns Leonard’s affection for her.

When jealousy becomes possessive, it’s usually a sign that a relationship is entering dangerous territory. Jealousy is supposed to remind us of how we feel about our partners, not that we own them. That’s the biggest flaw with Penny and Leonard. Their relationship is something they both think they own. They can’t discern the concept from the person.

What makes this even worse is how Penny’s power extends beyond this relationship. Throughout the show, her promiscuity is well-documented. It fits into the “blond” stereotype that Penny seems to embody at every turn. Again, there’s nothing wrong with that, but it does expose what I think is the most egregious inequality of this relationship.

If she wanted to, Penny could end the relationship and find someone else just like Leonard or someone the exact opposite of him. Due to her looks and her social skills, she can find another relationship fairly easily. Leonard, being so socially awkward and weak, cannot do this. While he certainly could find someone else, his poor social skills limit him in ways that don’t limit Penny. 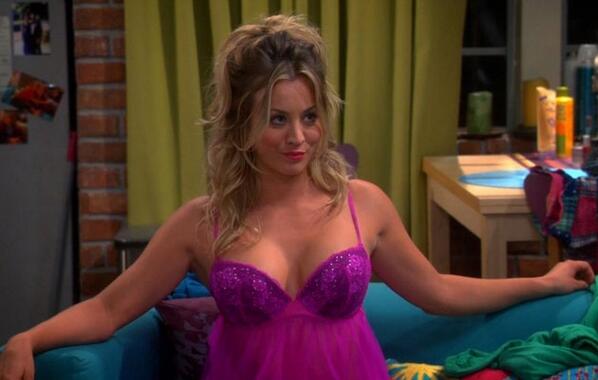 Naturally, these flaws don’t derail the relationship on the show. TV always takes liberties with certain relationship dynamics. Authors do the same. I know I have, but I like to think the stereotypes I use in books like “Skin Deep” aren’t as egregious or excessive as we see in “The Big Bang Theory.”

I don’t doubt the appeal of Penny and Leonard’s relationship. It certainly helps make the show entertaining. However, when I take a step back and look at the dynamics of this relationship, I see in it a lot of flaws that reflect outdated themes. I hope to avoid these flaws and explore new themes in my books. At the very least, “The Big Bang Theory” can offer a guide on what to avoid.

19 responses to “A Relationship of Unequals: Penny and Leonard of “The Big Bang Theory””