Why You Should Be Pessimistic About Optimistic News On Vaccines 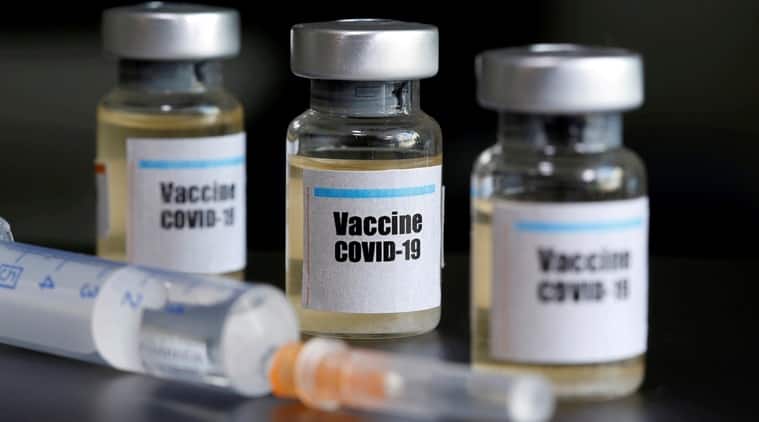 In general, I’m a pretty optimistic person. I try to focus on the positives, even when I’m surrounded by a lot of negatives. It’s part of my personality. Granted, I wasn’t always like that. As a teenager, I was a pretty miserable, jaded, self-loathing cynic. There’s a long story behind that, but it’s not important right now

The reason I make that disclaimer is because the past few months have killed my sense of optimism. Actually, that’s an understatement. The impact of this massive global pandemic has taken my optimism, shot it five times with a shotgun, and ran it over eight times with a fully loaded pickup truck. My optimism is dead. It will be for the foreseeable future. That’s what this pandemic has done.

At this point, I question the sanity of anyone who has clung to any sense of optimism. Thousands of people are dead. Infections are in the millions. Things are getting worse every day. That’s not an opinion. That’s just basic goddamn math.

Now, I’m not trying to turn everyone into a pessimist, nor am I trying to crush everyone’s hopes. The point I want to make here is that there are just some things that hope cannot help, no matter how many inspirational quotes you read. Yes, hope and optimism can go a long way in many fields. A global pandemic just isn’t one of them.

To that point, I want to highlight the recent “optimism” surrounding vaccine research. I admit I too have been following this closely, too. How can you not? Even a cynic would agree. The best way to end this pandemic and get our lives back is with a vaccine. That’s somewhat distressing, given all the negative press vaccines had leading up to this moment.

At the same time, it’s remarkable how much the world has united behind this effort. I can’t remember a time when so many countries and so many organizations were this unified in their effort to achieve something. I want to find hope in that, but there are still a few intractable problem. This time, it has to do with both math and physics.

Making a vaccine is hard. There’s just no way around it. Even if you know the exact molecular sequence, producing it on a mass scale and distributing it to a large number of people is also difficult. It’s not a matter of will. It’s a matter of resources and logistics, the likes of which can’t be solved overnight or even within a year.

For that reason, when you see a positive story about a vaccine for COVID-19, you should be very pessimistic. Just look at this recent story from the Associated Press regarding Moderna’s vaccine research.

There’s no guarantee but the government hopes to have results around the end of the year — record-setting speed for developing a vaccine.

There were no serious side effects. But more than half the study participants reported flu-like reactions to the shots that aren’t uncommon with other vaccines — fatigue, headache, chills, fever and pain at the injection site. For three participants given the highest dose, those reactions were more severe; that dose isn’t being pursued.

Some of those reactions are similar to coronavirus symptoms but they’re temporary, lasting about a day and occur right after vaccination, researchers noted.

“Small price to pay for protection against COVID,” said Dr. William Schaffner of Vanderbilt University Medical Center, a vaccine expert who wasn’t involved with the study.

He called the early results “a good first step,” and is optimistic that final testing could deliver answers about whether it’s really safe and effective by the beginning of next year.

On the surface, it looks rosy. It hints that a vaccine is getting closer. It may even arrive at the end of the year. They’re even saying that research is moving at record speed. It all sounds so great.

Don’t get your hopes up.

Don’t expect this pandemic to be over by Christmas, either.

Notice that I bolded the phrase “a good first step.” Also, note how few details about the research are actually listed or linked to. It just notes how many people were involved and how many will be utilized in the next step. That’s both a sign and a red flag.

It’s a common problem whenever the media tries to report on science. Actual scientific research, namely the kind reported in journals, is not the kind of thing you can fit into a simple news blurb. You can’t fit it in an article, let alone a tweet. Most scientific research, especially of the medical variety, involves a lot of numbers, intimate details, and chemical constructs that most people aren’t equipped to understand.

It’s not that the news media has to dumb it down for us, the public. It just can only report on the broadest details. Those details often include the various complications and shortcomings of the research. Make no mistake. Those complications are there. If they weren’t, then the scientific research wouldn’t be necessary. It’s why becoming a doctor is so difficult and laborious.

I don’t doubt for a second that most of these doctors want to end this pandemic. Some are probably hopeful that they’re close. However, you can’t be a good doctor without sticking to rigorous science. Breakthroughs don’t happen all at once. Those light-bulb moments we see in movies and TV shows aren’t even close to what happens in real life.

In real life, medical breakthroughs still take years if not decades. The sheer complexity of disease and our methods for treating it preclude easy fixes to big problems. In terms of problems, pandemics are as big as they come. If ending it required only one breakthrough, it would’ve been found by now and thousands of lives wouldn’t have been lost.

That’s why you should never look at vaccine news in terms of a breakthrough. Even headlines that inspire hope in this field can only ever tell part of the story. Unfortunately, science is hard and so is creating effective medicine. You can’t rush it. You can’t encourage it. It’s at the mercy of hard limits that you can’t bullshit your way around. That’s what makes it hard. It’s also why it works.

Remember that the next time you see headlines about the prospect of vaccine research. Don’t assume it’s going to finish tomorrow. Don’t assume a miracle will speed it up. That’s not how science works and that’s not how this pandemic will end. For now, the best we can do is endure, brace ourselves, and retain our sanity until things eventually do change for the better.