Every now and then, we need something simple, uplifting, and wholesome to boost our spirits. Whether you’re a child, an adult, or a teenager struggling through the rigors of puberty, we just need something positive to cling to, if only briefly.

I certainly need that from time to time. I can’t think of anyone who doesn’t. The world can be a chaotic, ugly place. It’s easier than ever to focus on the bad and overlook the good. However, that good is still out there and, in the spirit of sharing that good, I’d like to present a small comic strip that always brings a smile to my face.

I’ll give everyone a minute to wipe the tears from their face or manage their “allergies.”

Yes, that was a comic strip featuring Thor and Fred Rogers.

There are already many unbelievably wholesome stories about Fred Rogers and the impact he had on countless children. The legend of this man’s uncanny kindness, empathy, and compassion is certainly a story worth telling and it has in a number of recent movies.

Like many, I grew up watching Mr. Rogers’ show. In recent years, I’ve rediscovered his remarkable story and his amazing acts of humility. When you need something uplifting to boost your spirits, those stories just find a way to touch my heart on a profound level.

This comic strip doesn’t just reaffirm that. It makes a perfect case that, regardless of how you define worthiness, Mr. Rogers shows just how far true humility will take you. It’s a message I think we can all appreciate right now.

How NOT To Fight For Net Neutrality

It’s neither unusual, nor surprising when the government does something stupid. It’s also fairly common to see those same governments make decisions that are not popular with the people. Governments are human-led institutions and humans are flawed creatures to begin with. As such, there will always be moments where government action incurs significant outrage.

The latest example of this has to do with net neutrality, a topic with a boring name, but enormous implications. If you’ve been near a news feed at all over the past few weeks, you know that recent government decisions regarding this topic have generated a lot of headlines and that’s rarely a good thing. Outside wars and moon landings, more government headlines usually implies more trouble. 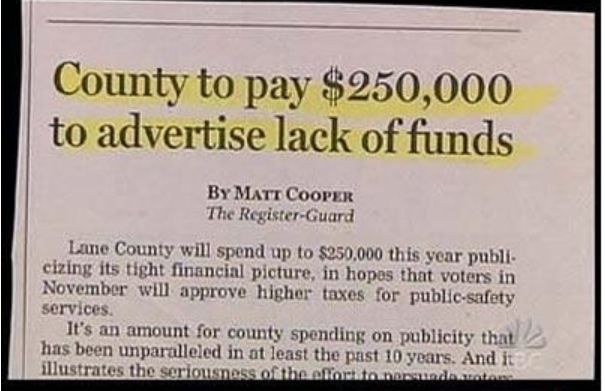 However, I don’t intend to make this article about the merits of net neutrality or why it’s important. There are already people much smarter than I am who have broken this issue down and organizations much better-equipped than I am to help people do something about it. Let them be your guides in navigating the nuts and bolts of this issue.

Instead, I want to focus on one particular element of the debate that isn’t being discussed, but has been painfully obvious. It has less to do with the actual controversy surrounding net neutrality and more to do with how some are reacting to it. To say those reactions have been heated would be like saying Johnny Depp is mildly eccentric.

When the FCC rendered its controversial decision on December 14, 2017 to reverse the net neutrality provisions that had been put in place back in 2015, it generated a negative backlash almost on par with a major tax increase and a new sex scandal. Celebrities were quick to voice their opinions. Here are just a few.

Welcome to crumbling America. Another day, another horrible decision. #NetNeutrality

There's no other way to put this: The Republicans on the FCC who just voted to repeal net neutrality are trying to screw over the American people so a few massive corporations can make more money. pic.twitter.com/QyiSYaNeGE

Those reactions, for the most part, were fairly tame. They expressed dismay, concern, and anger over the decision. That’s entirely okay. That’s even appropriate, given the nature of the decision.

However, some reactions were a lot more severe. On top of that, they were a lot more personal as well, directing the anger and animosity towards one particular person. That person, whose name has become synonymous with all that is wrong and ugly about the world, is Ajit Pai.

Now, without getting into the details of who this man is and why he did what he did, I need to make one thing clear. I’m not out to defend this man or endorse his politics, nor am I looking to add to the pile of hate that he’s gotten over the past few weeks. I just want to note the sheer breadth of that hate. This is just a sample of that hate.

If my dog suddenly had the ability to talk to me that'd be so rad. But then I just imagine him saying 'You know I think Ajit Pai has a point' and then I'd have to put him down. 😦

waiter: would you like your entire bag of dicks at once, or shall i cram them down your throat one at a time, sir?

Step on a lego @AjitPaiFCC

Chairman Ajit Pai, IMO you are a dishonest, bought-and-paid-for shill. In the words of ee cummings: "[You are] an ass upon which everything has sat on except a man". You should be ashamed at your contribution to the destruction of what is an important civil right.

The level of hatred got so absurd that Pai himself actually took the time to read some of these tweets and after getting into an argument with Mark Hamill, no less. I’m not sure if whether it’s him having a sense of humor about the whole situation or he’s just entered that state of learned helplessness that renders him incapable of caring.

Whatever his reaction and whatever further reactions anyone may have to Mr. Pai, there is one important detail that is getting overlooked in this situation. It’s a detail that both Mr. Pai and those that hate him need to acknowledge. It may not make much difference at this point, but here it is.

Hating and insulting Ajit Pai will NOT change his mind or undo his decision.

If I could yell that into a bullhorn and direct it into the ears of every person on the internet, I would because it’s a critical detail for anyone that actually cares about the topic at hand. Insulting the man who helped render the decision and directing all that outrage into personal attacks will not undo what has already been done.

The decision is made. Whether you think it’s a good thing or the worst thing to ever happen in the history of modern civilization, it’s too late now. It’s in the past and unless you’re Dr. Who or have a flux capacitor handy, no amount of outrage or hatred can change that.

If anything, that may make it even worse. There’s a sound, psychological reason why overt personal attacks don’t work in debates. Anyone who has any debating experience or has taken any classes in the subject learns fairly quickly that these kinds of attacks are considered logical fallacies for a good reason. They don’t further the argument, nor do they change or shape the minds of others.

In fact, “South Park” did an entire episode recently about just how counterproductive these sorts of attacks can be. They showed with their trademark vulgarity that just insulting someone only makes them more defensive and more determined to justify their actions, no matter how irrational they may be. This is also why debates with creationists are so counterproductive.

If there are legitimate reasons to oppose Mr. Pai’s decision regarding net neutrality, and I believe there are, then insulting or attacking him is the quickest way to ensure that neither he, nor his supporters will listen. They’ll just dig in even more, clinging to every reason and excuse they can to justify their decision. At that point, neither yelling nor rational discourse will have any meaningful effect.

I don’t deny the passion and the sincerity of those who decry the recent FCC decision. I get why they’re singling out Mr. Pai for such scorn. He’s the chairman of the FCC. He’s the one who signed off on this decision. It’s his name on the dotted line. He’ll bare a larger chunk of responsibility than most once the consequences of his decision set in.

Be that as it may, that doesn’t mean anger and hatred are the best ways to combat that decision. I know that sounds like the kind of touchy feely crap that has no place on the internet these days, especially on the unfiltered platforms like social media and 4chan. However, there is some merit behind a less heated approach and it has precedent.

It comes courtesy of a man most of us knew growing up as kids. His name is Fred Rogers, host of the long-running children’s program, “Mr. Rogers’ Neighborhood.” Beyond being a wholesome kids show, Fred Rogers might have been the nicest man to have ever endured these harsh modern times.

He did this by being caring, compassionate, and completely genuine in everything he did. When there was something terrible happening, he didn’t focus on the negatives. He looked to inspire hope. He did it after the September 11th attacks. He did it every day on his show for decades. He also did it in front of Congress.

Back in 1969, Congress was looking to cut federal funding to PBS, calling it an unnecessary expenditure of taxpayer money. Mr. Rogers, who relied on public broadcasting to get his show to the masses, decided to take action. He didn’t do this by using John Oliver’s approach of incessant and childish mockery. Instead, he used the same caring, compassionate rhetoric he used to inspire children.

It worked too. In fact, it worked so well that instead of cutting PBS’ budget, it actually got increased after Mr. Rogers’ testimony. He did all that without a single mean tweet, angry rant, or public shaming campaign. He just reached out and connected with these powerful people with sincerity and heart and they responded.

That is how you exact meaningful change in a tense debate. That is how you get someone to listen to your arguments, even if they’re not inclined to accept them. Insulting or yelling at them only gives them reason to shut you out. Show a little heart, as Mr. Rogers did every day, and people will respond.

I don’t know if it’s too late to use that approach with Ajit Pai, but I do know that the debate over net neutrality isn’t over. There will be other chances to confront the issue and change the course of the debate. There will be other people not named Ajit Pai who will end up making this hard, unpopular decisions.

When that time comes, anger and outrage will do little to move the conversation forward in a meaningful way. There’s a right way and a wrong way to convince people of what the right thing to do is for a complex issue, such as net neutrality. Even if the ways of Mr. Rogers aren’t enough, the ways people are using to attack Mr. Pai can only do more harm than good.