These are tenuous times for gender relations. Between the rise of the anti-harassment movement and the revelation of egregious crimes committed by once-respected celebrities, society is undergoing to significant upheaval in how we approach sex, relationships, and harassment.

Some claim this upheaval is overdue and I don’t disagree. There is a well-documented history of powerful people getting away with egregious behavior. In general, it’s a good thing when society seeks justice and accountability for everyone, regardless of gender, race, religion, sexual orientation, etc.

With that good, however, often comes obstacles that need to be navigated carefully and flawed human beings have a mixed history in those efforts to say the least. We’ve already seen some of that in how some have responded to the anti-harassment movement. Some are going so far as to avoid women entirely to minimize the risk. This is an extreme reaction, but one in keeping with the law of proportional backlash.

It has been frustrating for those who genuinely seek to improve gender relations. It has also made for easy sources of outrage with one side calling the other misogynist, patriarchal bigots and the other calling them regressive, whiny leftists. There’s a lot of room for arguments and plenty of opportunities for shouting, especially in the age of social media.

It’s still a relevant question for people caught up in the current state of gender politics, avoiding accusations of sexual misconduct and maintaining amicable relations among the genders. Crimes should be prosecuted and punished. Good people, whether they’re men, women, or something in between, should be free to engage with one another without fear of getting caught up in fervor.

Recently, the reigning sexiest man alive, Idris Elba, offered an easy solution to all those arguing about the current state of gender relations that many have rallied around. In an interview with Vanity Fair, he had this to say to those worried about navigating the anti-harassment movement.

“It’s only difficult if you’re a man with something to hide.”

It’s a simple, logical, almost mundane piece of advice. Many loudly cheered it as a welcome change of pace from the more complicated responses given by Matt Damon and Henry Cavill. When you’re the sexiest man alive and a top choice for the next James Bond, it’s easy to offer a simple solution that carries significant weight.

Now, I have a lot of respect for Mr. Elba. He’s a great actor and, by all accounts, one of Hollywood’s most likable personalities. In a perfect world, his words would not be controversial and require no further scrutiny. Sadly, we don’t live in that world.

I won’t go so far as to say that Mr. Elba is dead wrong. I won’t say he’s more than half-right, either. More than anything else, his comments are incomplete. They’re coming from a famous celebrity who also happens to be a tall, dark, handsome man whose success often leads to a considerable detachment from reality, as often happens in Hollywood.

If Mr. Elba had just said that men who have something to hide will probably face more difficulty than others, then he would be spot on. Whether you’re a famous celebrity or some ordinary person living their lives, having nothing to hide makes you far less likely to be on the wrong end of a sexual assault accusation.

In the era of smart phones, social media, and hacked emails, it’s considerably harder for anyone to hide their misconduct, sexual or otherwise. If anything, celebrities and powerful politicians are the only ones with the resources to hide their misdeeds and even that isn’t always enough. For non-celebrities, though, the resources are far more limited and this is where the merit of Mr. Elba’s words comes up short.

There are many ways to break down why simply having nothing to hide is not the most effective strategy for navigating the current landscape of gender politics. To best illustrate why it’s so shallow, though, we need only know the story of Brian Banks. 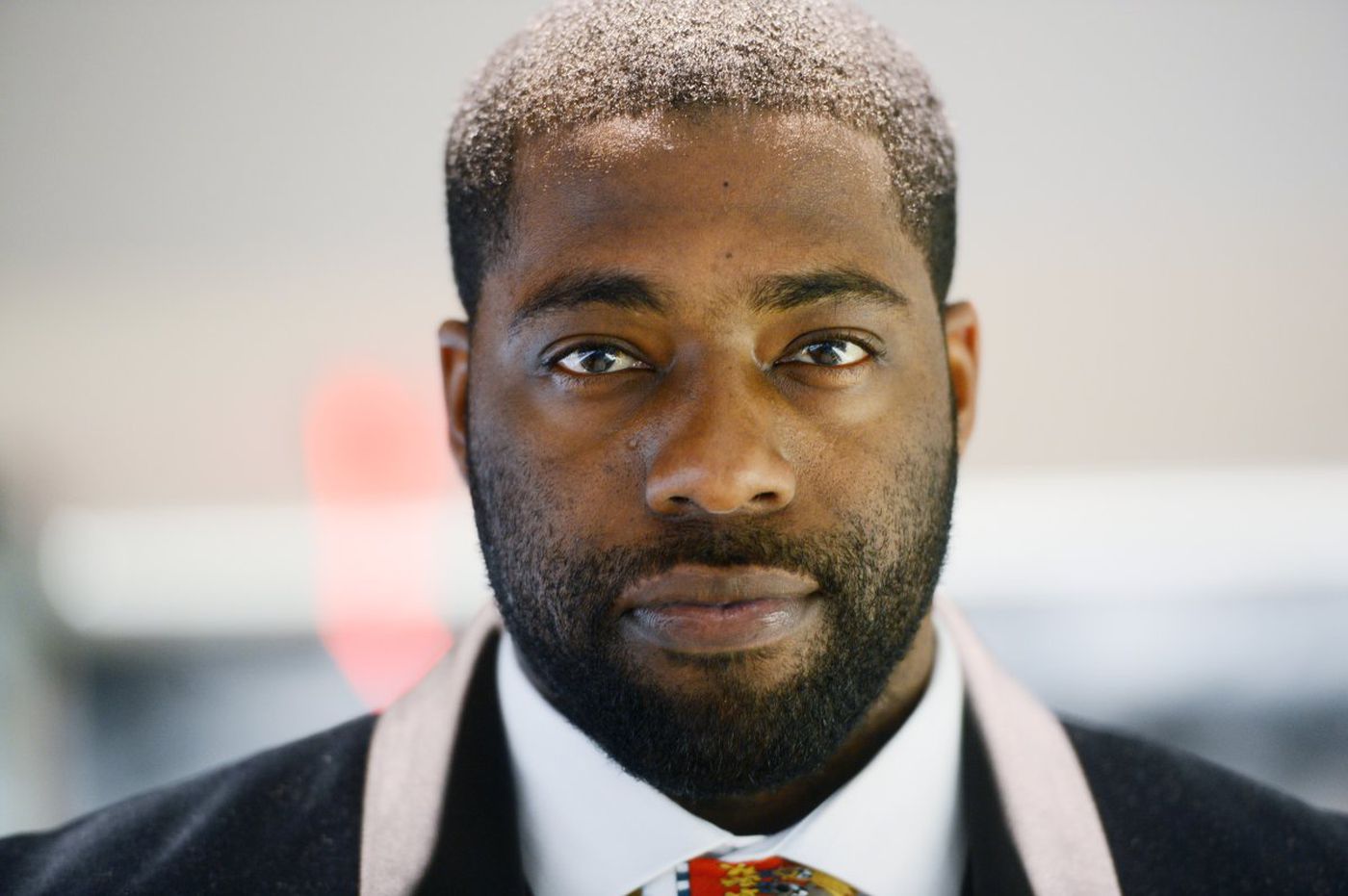 This guy’s story will upset/move you. You have been warned.

If you’re not familiar with that name, then chances are Mr. Elba isn’t either. His story is a tragedy with a bittersweet ending. Back in 2002, he was a promising a promising football player from Long Beach, California who had already committed to playing college football at USC.

Then, a classmate of his accused him of raping her in a stairway. Rather than face the possibility of 41 years to life in prison, Banks accepted a plea deal that included five years in prison, five years of probation, and having to register as a sex offender. By every measure, his life and his once-promising future was over. On top of it all, Banks was completely innocent.

That’s not just what a court eventually ruled. The accuser actually confessed that she made it up, adding that it was part of an effort with her mother to sue the school for money. It’s every bit as deplorable as it sounds. By the time this came out, though, it was 2012. He still served five years in prison for a crime he didn’t commit and lost out on his once promising football career. 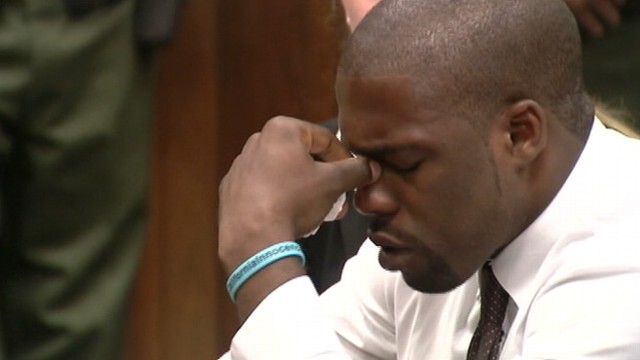 Brian Banks followed Mr. Elba’s advice to the letter. He had nothing to hide. That still wasn’t enough, though. His life was still derailed and had the accuser not confessed, he probably wouldn’t have been able to rebuild his life to the extent that he has.

It’s easy for someone like Mr. Elba to give that advice and just as easy for him to practice it. As I noted before, he’s rich, successful, handsome, and respected. If someone tried to falsely accuse him of sexual misconduct, he wouldn’t have a hard time fighting it. Beyond his reputation as the sexiest man alive, he has access to the best legal defense that obscene wealth can buy.

People like Brain Banks don’t have that luxury. Exceedingly few individuals do. Banks plead guilty to a crime he didn’t commit because, without those resources, there was a real possibility that he would’ve gotten a much worse sentence. He’s actually fortunate that he managed to escape the fate he did. Others, however, weren’t so lucky.

Brian Banks’ story, alone, is tangible proof that Mr. Elba’s advice is incomplete. Sadly, there are other stories like this and some of them have far less pleasant outcomes. According to the Innocence Project, there are an estimated 20,000 innocent people serving prison sentences for crimes they did not commit. They too had nothing to hide, but were convicted anyways.

There’s men like Randolph Arledge, who served 29 years for a rape and murder that he did not commit. The evidence that convicted him was based entirely on informant testimony.

There’s also the story of Marvin Anderson, who had no criminal record when he was convicted of a brutal rape for which he served 20 years in prison.

There’s also the case of Ted Bradford, who spent 10 years in prison for a rape he did not commit. There wasn’t even any physical evidence tying him to the crime.

There’s the case of David Johns Bryson, who served 20 years for heinous crime involving kidnapping and rape. A combination of bad forensic science and misguided police tactics did him in.

These men are not celebrities. They’re not rich movie producers or well-connected politicians. They’re just ordinary men trying to live their lives. They had no more to hide than anyone else. That still wasn’t enough. In some cases, they were the victims of mistaken identity. In others, they were the targets of a vindictive accuser. In every case, their lives were irreparably damaged.

I still don’t doubt Mr. Elba’s sincerity. Even those who applaud his words probably don’t realize the flaws in his advice. Names like Brian Banks probably don’t ever cross their mind. Even if it did, Mr. Elba’s words present a clean, concise response to those who express concern about the larger impacts of the anti-harassment movement. For those looking for an easy recourse to a difficult problem, it has a lot of appeal.

That’s the biggest problem with simple solutions to complex problems. The narrative of the anti-harassment movement, or any social movement, cannot accommodate that much complexity. If it did, the narrative wouldn’t be as compelling. As I’ve noted before, the idea that there’s this brave movement of empowered women standing up to serial abusers has all the makings of a feel-good Hollywood story.

The reality, though, is far less ideal. Men like Brian Banks found that out the hard way. If the work of the Innocence Project is any indication, there are probably plenty more who never had anything to hide, but still got convicted. For them, Mr. Elba’s advice will only compound one kind of injustice with another.