Answering (And Understanding) Where The “Good” Men Have Gone

Human beings are social creatures. We’re biologically wired to pursue social and emotional bonds. It’s one of the most fundamental traits for being human. Being a fan of romance, I certainly appreciate it. For that same reason, though, I think it’s telling when people encounter barriers in seeking those bonds.

In recent years, one particular question has been asked any number of ways. It’s often asked in many different contexts, which in turn inspires many different answers. The implications are still the same.

Where have all the “good” men gone?

Now, I put “good” in quotation marks for a reason. I hope that reason becomes apparent soon enough because adding that qualifier to the question frames it as a blanket statement about an entire gender. As a man, who sees himself as “good” by most standards, I feel I have a personal stake in addressing this question. However, I suspect the answers I provide won’t go over well with certain women and even a few men.

Before I answer, it’s important to add a specific context to what makes a man “good.” When the question is often asked, it’s often done from the perspective of women seeking men for marriage. We no longer live in an era where women have their spouses chosen for them or must seek marriage as a means of survival. Despite what some regressive individuals may say, I believe that’s an objectively good thing.

The complications arise when we start to establish the criteria of what makes a “good” man worthy of marriage. Most people, regardless of gender, understand there’s a difference between the person you hook up with and the one you marry. Ideally, this is a person you want to share your life with, for better or for worse. This is someone you genuinely love and go out of your way for.

The primary reason why this question is being asked, namely by women seeking a male spouse, is because they’re having an increasingly difficult time finding someone who meets that criteria. It shows in the data. According to Pew Research, about half of the adult population in America is married, which marks significant decline compared to what it was 50 years ago.

There are many theories as to why this is occurring, some more offensively absurd than others. Even the not-so-absurd theories have become mired in gender politics, which has a tendency to denigrate everyone in the grand scheme of things. I certainly have mine and I don’t think the answers are simple. Every person is different. People are complicated, in general, and so are the societies they live in.

However, this question about “good” men frames the issue a problem ascribed to men. It implies that the issue has nothing to do with a the overall desire to seek long-term romantic bonds. Like I said before, humans are emotional creatures wired to seek romantic bonds. The problem is that the men worthy of such bonds just aren’t there anymore. That’s why women are asking the question to begin with.

As a man, who hopes to one day find someone to marry and love with all my heart, I can offer my take on the answer. Simply put, those good men exist. They’re just not where you’re looking to find them. Even if you are, you might not even realize that those men are good because you don’t give them a chance.

Now, I understand that answer is basic and simplistic. It’s the sentiment of one person who just happens to contemplate romance than most straight men are likely to admit. Everyone’s situation is different, but there is a bigger forest to see and my opinion is only one of those trees. To see that forest, it’s necessary to understand the question better.

Thankfully, there has been research done on this topic. According to a study done in the Journal of Marriage and Family, a major factor driving this question could be a combination of demographics and math. To understand how, this is how they compiled the data.

Focusing their analyses on single heterosexual women, the researchers used data from the American Community Survey (2008-2012; 2013-2017) to predict the likely characteristics of these women’s husbands if they had husbands and then compared those characteristics to what’s actually available in these single women’s dating pool. More specifically, the researchers generated “synthetic spouses” for the single women in their sample by first matching them with demographically similar women (e.g., same race, education, military status, income) who happened to be married. The “synthetic spouses” were designed to reflect the characteristics of the husbands of the similar-married women. Thus, assuming women of similar demographics are looking for similar characteristics in their partners, this method offers a starting point for documenting the characteristics single women might be looking for in a partner.

The long and short of it is simple. The women in the study had criteria for the kind of man they want to marry. However, when that criteria was applied to the male population, there was a significant disparity. Over half the male population was eliminated on the basis of income alone. Essentially, the supply of men who meet this standard for marriage is not sufficient to meet demand.

That’s not to say that it’s the fault of women for having standards that are too high, although I know some have made that argument. While I agree that there are some women who make wholly unreasonable expectations of men, I think they’re the minority. I would argue those changing standards have less to do with gender politics and more to do social and economic factors.

Both women and men are able to be more independent today than they were 50 to 100 years ago. A basic consequence of independence is that you can afford to elevate your standards. When you have the money, time, and resources, you’re less likely to settle for less. It’s the same reason why you willingly pay extra for a better phone or faster internet if you have the means.

A much bigger factor, in my opinion, has to do with the economics and imbalances in marriage. Over the past several decades, the wealth gap has grown and the ability to make a comfortable living, which the women in the study prioritize, is getting considerably difficult. For a man, especially if he doesn’t have a college degree, it’s getting harder and harder to meet those criteria.

At the same time, the investment in relationships has only grown. It’s no longer enough to be a steady, dependable partner. Along with our newfound independence, men and women alike seek something greater from their spouse. That something often requires money, time, and resources. Between student loan debt and the rising cost of living, those assets have become increasingly scarce. 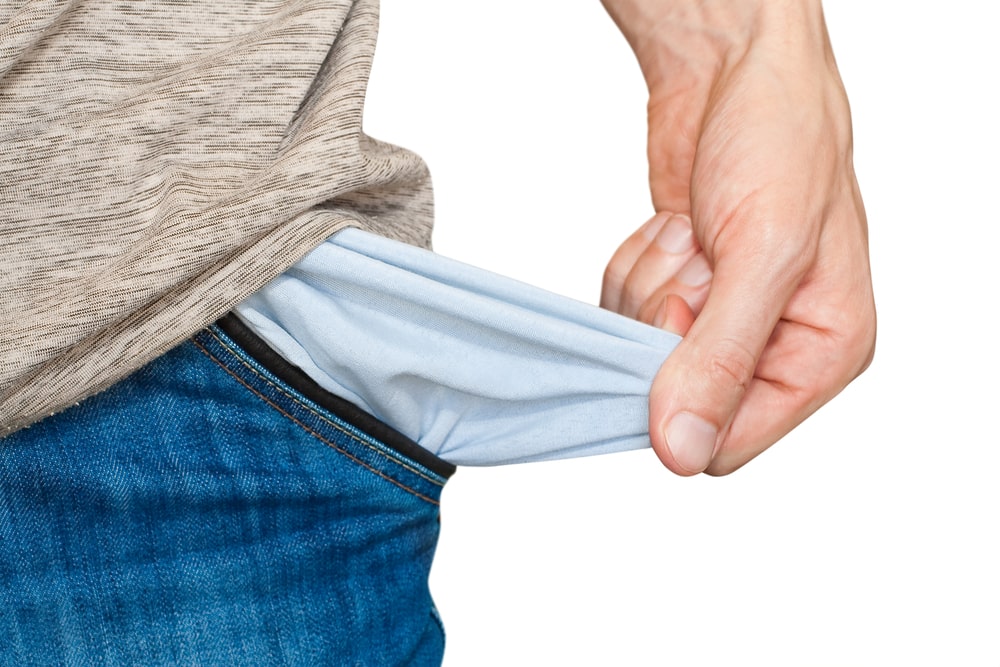 On top of that, the price of failure has gone up considerably as well. While both parties suffer significant loss when a relationship or marriage fails, men tend to take a bigger hit from a material standpoint. Between alimony laws and child custody, men stand to lose a lot if they don’t measure up to the woman’s ideals of a good spouse.

None of this even attempts to factor in the effects of other trends in gender politics, such as the anti-harassment movement. The criteria for a “good” man doesn’t even matter if it becomes overly difficult to be intimate with someone without fear of being accused of something. Even without such complications, the underlying question still evokes troubling answers.

Those answers still aren’t complete. There are still going to be women out there who cannot find a suitable partner for reasons beyond her control. There will also be genuinely good men out there who struggle just as much to find a partner of their own. As a romantic, I believe love does inspire people to make these connections, even when we insist on making it more difficult.