Every relationship is different. How they come together and how they stay together varies from couple to couple. Some work perfectly fine a traditional, monogamous setup. You marry one person and that’s who you make love to, till death do you part. There’s nothing wrong with that and plenty of great love stories can be told from it.

However, that approach doesn’t work for everyone and there’s nothing wrong with that, either. It’s just more challenging to tell a non-monogamous love story without it becoming overly pornographic. That didn’t stop Matt Hawkins and Jenni Cheung, with help from artist Linda Sejic, from telling a genuine, compelling love story about non-monogamy in “Swing: Volume 1.”

When I reviewed this graphic novel last year, I highlighted how it perfectly balanced the romance with the sex appeal. The first part of the story was about how its two protagonists, Cathy Chang and Dan Lincoln, fell in love. Then, after settling into married life, complete with two kids and decent careers, they sought to recapture that passionate spark that helped bring them together.

It culminated with them navigating the colorful world of open relationships. At the same time, it laid the foundation for a deeper romantic journey in a future sequel. Having waited anxiously for over a year, I can safely say that “Swing: Volume 2” was worth the patience. This book doesn’t just continue Dan and Cathy’s journey. It takes the sexiness and romance to new heights.

The story picks up where the first book left off. Dan and Cathy got their first state of the non-monogamous lifestyle and they liked it. That’s made abundantly clear through Yishan Li and Linda Sejic’s art in first several pages. However, that’s not the end of their romantic journey. It’s just another step in the process.

Now that Dan and Cathy are in this sexy new world, their next challenge is successfully navigating it. Having a few threesomes is fun, but the swinging world of non-monogamy is much bigger. It’s also a world that requires Dan and Cathy to confront certain aspects of their relationship that they’ve never had to deal with before.

While Dan admits that he’d been with multiple women, Cathy has only been intimate with one man. She lived a more sheltered life, which was nicely established in the first book. The second book builds on that, showing that there are parts of her sexuality that she hasn’t explored. That desire to explore this world is what helps drive the plot and the drama in “Swing: Volume 2.” 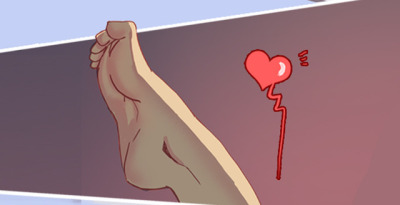 A taste of that drama.

Yes, there is drama. It’s not all fun sexy time all the time. While those times are certainly present, Hawkins and Cheung make this exploration feel genuine and believable. From how Cathay and Dan establish a set of rules to how they struggle to find compatible partners, the various details of the story come off as something that can happen in the real world.

There are triumphs and setbacks. Some of those setbacks make for the funniest moments of the story. Like any relationship, an open relationship takes a great deal of work. Dan and Cathy find that out the hard way on more than one occasion. That only makes the fruits of their labor satisfying, both in terms of plot and sex appeal.

Compared to the first book, “Swing: Volume 2” has a lot more sex appeal and I’m not just referring to Li and Sejic’s graphic, yet tasteful depictions. There are plenty of scenes that involve exposed body parts, intimate love scenes, and overt innuendo that anyone’s inner 13-year-old will recognize. However, it never comes off as crude or gratuitous.

The overall tone of “Swing: Volume 2” is very much in keeping with the sex positive themes of its predecessor. It also does something important with those themes. As the story unfolds, we see how Cathy and Dan’s relationship evolves. Before, they were just a typical married couple looking to spice things up. Now, their relationship has gained greater complexity and, most importantly, it’s better because of it.

Both characters get an opportunity to narrate parts of the story. We get insights into their thoughts and feelings, revealing how they each approach this new facet of their relationship. Dan shows his share of insecurities, at times. Cathy’s reservations also crop up, as well. There are times she feels things that she doesn’t express and that causes some tension.

They make an effort to establish rules and boundaries. Many of them feel like concepts that actual couples who have navigated the world of open relationships would exercise. When the rules work, Dan and Cathy’s relationship benefits. When they don’t, even when it’s not intentional, it causes problems.

The problems never get overblown, but they don’t get brushed aside either. If “Swing: Volume 2” has an overarching theme, it’s that the world of open relationships is difficult. It’s not for everyone. It’s not the kind of thing that’ll fix a trouble relationship, either. Dan and Cathy make very clear that they love each other. Venturing into an open relationship wasn’t meant to fix that. It was meant to make their lives more exciting.

Without giving away too many spoilers, I’ll say that Hawkins and Cheung once again succeed in making all these dramatic elements work. There’s never a point where “Swing: Volume 2” feels too focused on sex or too focused on romance. It seamlessly blends the two together so that they complement one another, as any good love story should.

There is personal growth for both these characters.

Along the way, you don’t just find yourself rooting for them or their relationship. You can’t help but be curious to see where this journey takes them. Like real relationships, there’s no endgame or culmination in mind. This isn’t that type of story. The lives of Dan and Cathy stay firmly grounded in a realistic setting. That’s part of what makes it so impactful, as a story.

That’s not to say that “Swing: Volume 2” is without flaws. There are parts of the story that feel a bit truncated. A few dramatic moments don’t come off as intense as they’re set out to be. There are also other characters that don’t get fleshed out as much, despite them showing potential in the first volume.

It doesn’t stop the overall story from fitting together seamlessly. The story effectively builds on the foundation that the first one established while ramping up the passion along the way. It’s compelling, heartfelt, and sexy. Between the mature themes and the beautiful artwork, “Swing: Volume 2” stands out as a fitting slice-of-life style comic in a sea of superheroes and spectacles.

If I had to score “Swing: Volume 2,” I’d give it a solid 8 out of 10. If you’re looking for something different, mature, and even a little risqué, then this book will check all the right boxes and then some. I’m not saying it’ll give all monogamous couples second thoughts, but it’ll give more than a few some interesting ideas.

To purchase “Swing: Volume 2,” please do so through Comixology, Amazon, or your local comic shop.

2 responses to “Swing Volume 2: Evolution Of A (Uniquely Sexy) Romance”