A Compelling (And Balanced) Insight Into Open Relationships: A Review Of “Swing”

When it comes to my love of comics, I sometimes give the impression that I’m overly narrow with my tastes. Given how much I’ve made my love of X-men, Wonder Woman, and Superman known, I wouldn’t blame anyone for believing my collection consists entirely of the kinds of superhero comics that big movie studios are using to rake in billions at the box office.

While I don’t deny that comics featuring mutants, aliens, and super-powered demigods make up a significant portion of my collection, there are a few other comics that stand out. I’m the kind of person who will go out of his way to look for something different every now and then, if only to take a break from seeing Batman fight killer clowns.

Most of the time, I don’t find anything that warrants more than a quick skim. Then, there are those rare, special occasions when I do find a comic that stands out and does it without resorting to superpowers, spandex, or ripping off Jack Kirby. Those books are as rare as they are special and I’m proud to report that I’ve uncovered such a title.

It’s called “Swing,” written by Matt Hawkins and Jenni Cheung with gorgeous art done by Linda Sejic. It’s not a superhero comic. It’s not a comic published by Marvel or DC. It’s a publication by Image Comics, a publisher known for supporting creator-owned comics and letting creators maintain the rights to their creations. It’s also a publisher that dares to tell stories about mature themes that would offend any Disney-owned company.

In other words, it’s the perfect place to tell a story about love, sex, and open relationships. Those aren’t just the underlying themes of “Swing.” They’re topics I’ve discussed on multiple occasions. I’ve even incorporated it into one of my books. How can a comic like this not appeal to me? Moreover, I feel like I’m uniquely qualified to review it, if only to determine whether the story deals with these themes in a compelling way.

This isn’t a case of a student falling in love with a teacher or a teacher becoming infatuated with a student. Dan and Cathy come off as two functioning adults who develop a very healthy attraction to one another for all the right reasons. It’s the kind of romance that most people can easily picture unfolding in the real world. 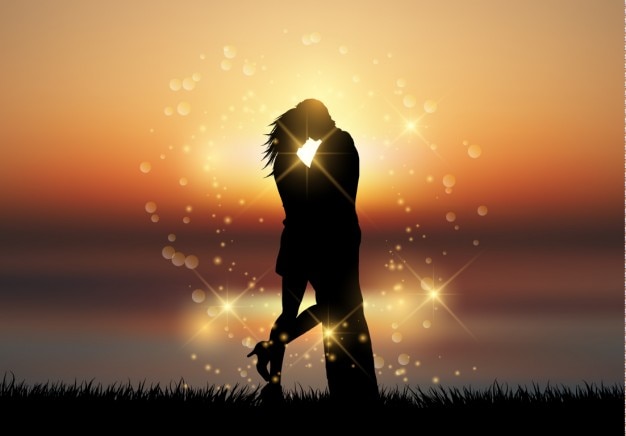 That’s a critical element for the drama that later unfolds between these characters. By most measures, Dan and Cathy’s romance follows much of the standard model for romance. They meet, they feel attraction, they fall in love, and they immerse themselves in that passion. Yes, that passion involves sex, but never in an overly gratuitous way. The sex, in this case, is a product of the passion and not the end result.

Then, like many other real-world romances, that initial spark fades after life gets in the way. Cathy becomes pregnant, she and Dan get married, and they build a stable family life together that involves considerably less sex. According to traditional models of modern romance, this is where the story ends. However, this is where the story in “Swing” starts to escalate. 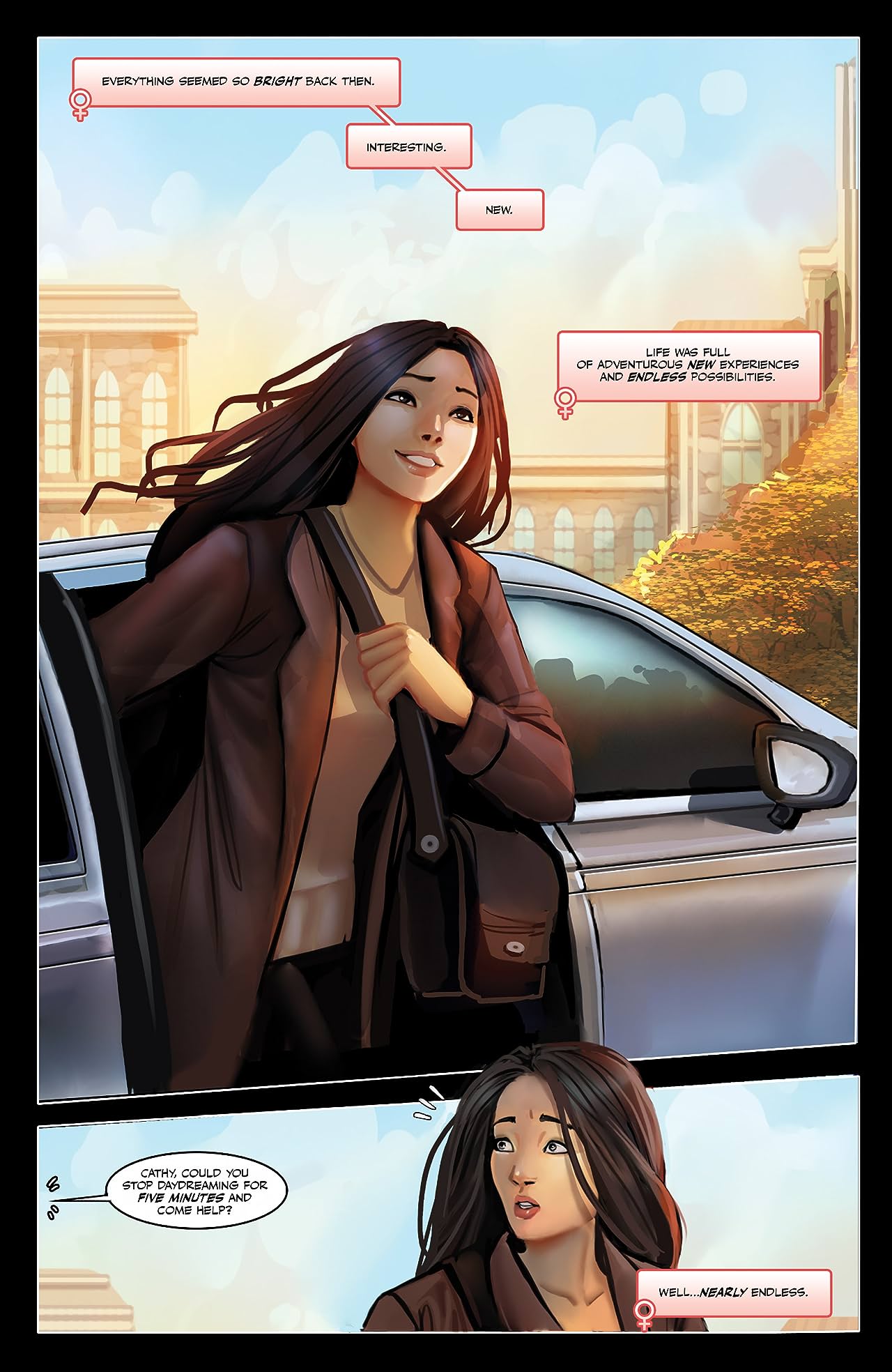 Cathy is not content to let stable family life define her love life. She wants to maintain that passion. She wants to still experience an exciting sex life. However, she and Dan just aren’t on the same page anymore. It makes for some awkward/hilarious moments, but it also helps establish that Dan shares those wants too. They both seek to sustain that passion, but they’re not sure how at this point in their relationship.

It effects them both and not just in terms of their sex life, although that does make for a few other awkward/hilarious moments. This is where polyamory enter the picture. Within their respective lives, Dan and Cathy aren’t immune to temptation. Dan attracts cute girls. Cathy attracts cute guys. They never cheat, though.

They make clear that they love each other. Resisting the urge to sleep with co-workers not that hard, but recapturing some of that passion makes it seem so much harder. They’re sticking to the script of what they think a married couple with children is supposed to be, but it’s just not working for them.

That’s when Cathy brings up the idea of swinging. It’s an idea that seems crazy and evokes plenty of mixed emotions in both of them. Again, the feelings come off as real. There’s uncertainty, anxiety, jealousy, and outright paranoia at times. Both of them feel it, but both of them also want that passion again.

Together, they start to explore the world of swinging. It doesn’t directly lead to the kind of decadent antics once reserved for the letters section of Hustler Magazine. Dan and Cathy’s journey is a bit bumpier than that, but never stops feeling sincere or genuine. Without spoiling the outcome, I’ll just say that “Swing” sets these two lovers on a path that’s both intriguing and sexy.

This comic achieves something remarkable, both as a love story and one built around mature themes. It presents both monogamy and polyamory in a way that’s balanced. Neither is overly glorified. The benefits and flaws of both are laid out for all to see. There aren’t any moral judgments or social agendas being pushed. It’s a personal journey between two characters with a shared desire.

It’s not just sex positive in how it presents sexuality. It’s positive in how it conveys romance, as well. The love Dan and Cathy share is healthy, mutual, and strong. The sexual component helps complement that. One doesn’t depend on the other, but one certainly helps the other.

The story in “Swing” does not attempt to redefine romance. Through Dan and Cathy, it reveals the inherent struggle two people have when they want to maintain the passion in their lives, but aren’t sure how. If there’s an underlying message to the overall story, it’s that the pursuit sometimes requires nuanced thinking. 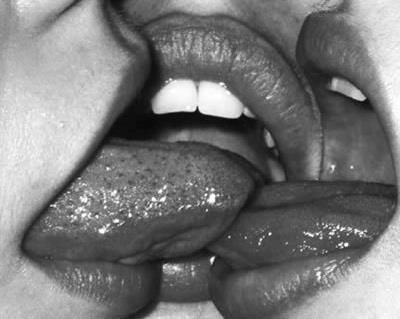 Hawkins and Cheung clearly put a lot of thought and effort into balancing the romance, the sex, and the inherent kink that comes with polyamory. Thanks to Sejic’s masterful artwork, there’s an undeniable beauty to that balance. Whether you’re a fan of love, sex, or comics that aren’t afraid to depict female nipples, “Swing” brings something special to the table.

If I had to score this comic, I would give it a solid 8 out of 10. I can’t give it too high a score because the story is incomplete. That’s a given since this was just Volume 1 of “Swing.” At the same time, there were other parts of the narrative that weren’t as well-developed.

Dan and Cathy’s surrounding cast didn’t get much depth beyond Cathy’s mom. Dan’s backstory isn’t really touched on, even though his personality is nicely fleshed out. In addition, the pace was uneven at times, but never to the point of being confusing. As a whole, the flaws are minor and do little to detract from the finished product.

As a fan of comics, romance, and all things sexy, “Swing” really surprised me in the best possible way. Regardless of how you feel about polyamory or open relationships, there’s a good story here that’s brought to life with amazing artwork. There will always be a place for comics with superheroes in spandex uniforms, but “Swing” fills a special role that even the greatest superhero can’t hope to fill.

3 responses to “A Compelling (And Balanced) Insight Into Open Relationships: A Review Of “Swing””