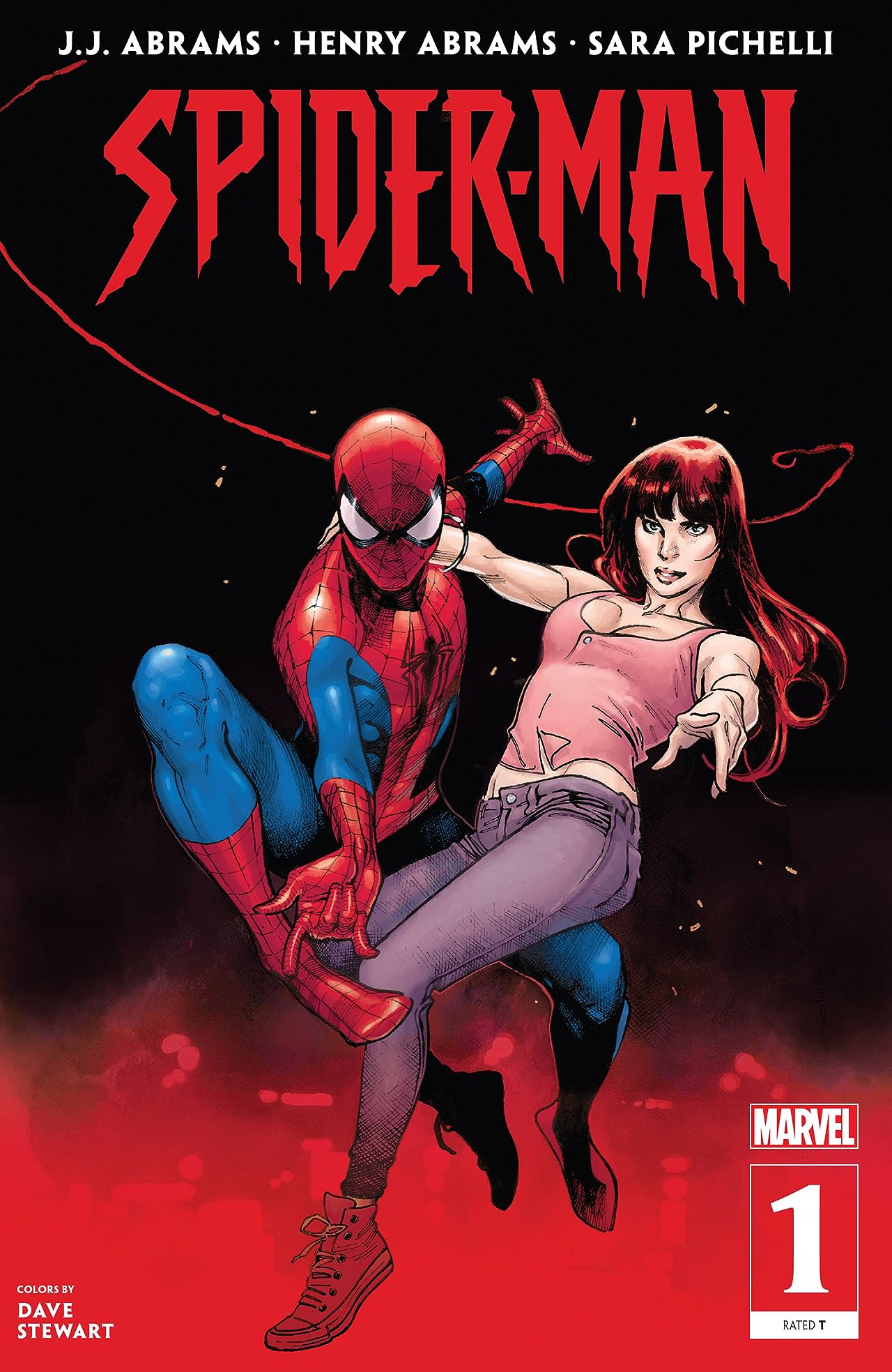 It’s an unwritten rule in superhero comics. Certain characters are only ever allowed to grow, evolve, and mature to a limited extent. Whereas some like Iron Man, Hulk, and Captain Marvel are allowed to grow and mature, others tend to revert to a rigid status quo that keeps them in a certain state, often for marketing purposes. Few characters are beholden to this rule as Spider-Man.

Whether he’s Peter Parker or your friendly neighborhood wall-crawler, Spider-Man is rarely allowed to grow beyond the down-on-his-luck, can’t-hold-a-job, struggles-with-relationships situation he’s been in since the Nixon Administration. Granted, he can still have plenty of fun, entertaining adventures in that state, but it can get predictable and monotonous after a while.

Then, every once in a while, you get a book like “Spider-Man #1” by J. J. Abrams, Henry Abrams, and artist Sara Pichelli that dares to shake things up with the standard Spider-Man formula. It’s not in the same continuity as the mainline Amazing Spider-Man books, but that’s exactly what helps it stand out. It has a chance to do something different with Spider-Man’s story and it takes full advantage of it.

Using the same approach as “Into The Spider-Verse,” this book tells a new kind of story that puts Spider-Man into a whole new situation. For once, it’s unpredictable. There’s no status quo to revert to. It has to build an entirely new world for Spider-Man. Both Abrams and Pichelli prove they’re up for the challenge. This new world is not for the faint of heart, especially if you’re a fan of Spider-Man never being allowed to mature past 30. It’s a world where Spider-Man’s responsibilities finally caught up with him. He was able to save the day. He was able to defeat a villain named Cadaverous, a name that isn’t quite as ridiculous as it sounds, but he paid a high price.

That’s because this version of Spider-Man wasn’t just late for work, late for a date, or missing his rent payment again. This Spider-Man had a lot more to lose. He had a family. He and Mary Jane are married and not just trying to schedule dates. They have a son named Ben. Peter Parker has every reason to come home safe, intact, and triumphant.

I won’t spoil too many details, but I’ll just say that doesn’t happen. In this case, saving the day doesn’t necessarily mean keeping Galactus from eating it. Yes, Spider-Man does save lives. However, the life he can’t save ends up changing his life, his responsibilities, and his ability to shake hands. That last one wasn’t a joke, by the way. In other versions, including many alternate realities, some being more ridiculous than others, this sort of loss would’ve broken Spider-Man. It would’ve broken his family too. It’s one of Spider-Man’s most famous foils. When he loses too much, he quits being Spider-Man. While it rarely lasts, this is a world with different dynamics. He actually has a reason to not be Spider-Man anymore.

His son, Ben, gives him even more reason and not just because of the losses they’ve endured. Unlike some of Spider-Man’s other alternate reality kids, Ben is not nearly as endearing or likable. He’s young, he’s impulsive, and he’s angry at the world. Essentially, he’s not the kind of kid you’d want to continue Spider-Man’s legacy.

At the same time, Ben shows that he still has some of the traits that make Spider-Man the iconic hero he is. He’s not a lost cause. He’s not some brooding loser who looks for excuses to be miserable. He even comes off as genuinely relateable, more so than Peter Parker in some respects. You may not entirely sympathize with him, but you can still understand him.

This kid is every bit as haunted as his father. Unlike his father, though, he’s a kid who doesn’t have years of being a battle-hardened superhero under his belt. Even if he inherited his father’s super-powers, he didn’t inherit his ability to cope with loss. He didn’t have his proverbial Uncle Ben moment because so much of his situation was beyond his control. Overall, “Spider-Man #1” is a different kind of Spider-Man story, but not just because it takes place in an alternate continuity. It doesn’t directly mirror old, time-tested Spider-Man tropes. It also doesn’t paint Peter Parker as someone who simply crumbles when he loses too much. He, Ben, and the supporting cast around him simply do their best to move forward with their lives.

For a superhero comic that tends to regress to the status quo more than most, it’s both refreshing and engaging. For once, we have a Spider-Man story we can’t expect to end with him sleeping on his Aunt May’s couch because he missed his rent again. We have a different Peter Parker with an emotionally unstable son trying to make the most of a tough situation.

On top of that, the villain responsible for that situation is still out there. We don’t know much about it or whether he’s related to any of Spider-Man’s long list of enemies, but that only adds to the intrigue. Abrams and Pichelli are taking Spider-Man’s story in a new direction and there’s no telling what might happen. As someone who has read more Spider-Man comics than most, I find that genuinely refreshing.