Closing The Orgasm Gap With Lingerie

There are a lot of things that divide men and women these days. There’s the anti-harassment movement, representation in media, and people who get too much of their romantic advice from Hugh Grant movies. I’ve written about a few of these issues and even I admit, there are times when it feels like there’s no way to bridge the divide between genders.

On simple, but critical effort that both genders can do to help the situation involves the orgasm gap. Yes, this is going to be another article about orgasms, but in a serious way. The orgasm gap is a very serious issue, as I’ve highlighted before. How can the genders possibly get along when one side is taking more trips to O-Town than the other? 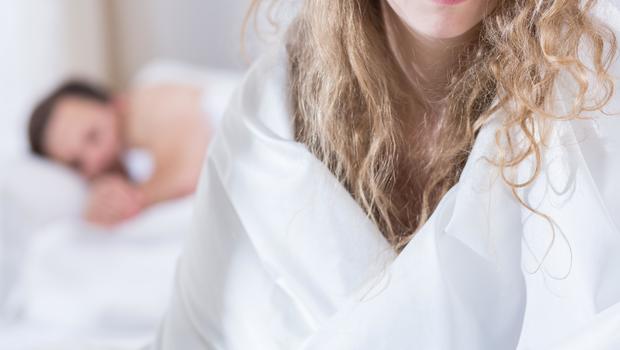 The factors behind the orgasm gap are many, including forces such as cultural attitudes, poor understandings of anatomy, and lackluster effort. However, I don’t want to bemoan the extent of problem. Instead, I want to focus on the solutions. That usually gets people more excited about this very serious issue, among other things.

There are, indeed, small things that men and women can do on a personal level to close that orgasm gap. However, where those things fall short, technology and sexy innovations can help fill the void. Sex toys are an obvious possible solution and I’ve even singled a few out for praise.

Unfortunately, not everyone is comfortable using a sex toy or even talking about sex toys, in general. I understand and respect that. Some of these issues are not easy to talk about, to say the least. That’s why those serious about closing the orgasm gap have to get a bit more subtle.

That’s where companies like Lorals come in, which hope to do for women receiving oral sex what Michael Jordan did for sneakers. Much like the Ta-Ta towels, they hope to take something simple that most people are already comfortable with and use it to facilitate an intimate act that could help close that gap that hinders the shared joy of both genders.

I’m singling Lorals out because their approach is unique, as well as subtle. Rather than use sex toys, which often have to be ordered discretely and sometimes require a quick clearing of one’s browser history, this company is reinventing lingerie in the name of closing the orgasm gap. I’ll give everyone a moment to wipe the tears of joy from their eyes.

Melanie Cristol, the founder of the company, is using that unique comfort we have with lingerie and tweaking the design so that it doesn’t just look sexy. It makes the act of stimulating a woman’s lady parts, whether by touch or tongue, a lot easier and enjoyable. As an aspiring erotica/romance writer who favors all form of sexy stimulation, I wholly support such an effort.

How it does this is simple, but deceptively cunning. Instead of the traditional fabric used in lingerie, Lorals uses thinner materials like latex to allow for easier stimulation. It’s like a condom, but disguised like lingerie. James Bond himself would be impressed and a little turned on by such cunning.

In an interview with Fast Company, Ms. Cristol offered some insight into the product and the purpose behind it.

The new product she’s invented–called Lorals–is lingerie made from thin latex similar to the material used in condoms.

It is designed to feel luxurious against the skin, but is so thin and stretchy that it allows for oral and finger penetration.

Even if you’re not that impressed by something that emphasizes a woman receiving oral sex, there’s another reason why she and Lorals took this approach. It may seem like just having special lingerie wouldn’t do much to improve our sex lives, but if you know the specifics of the orgasm gap, you’ll understand why she’s attacking it this way.

Ms. Cristol is aware of those specifics more than most. Rather than belabor studies or providing impromptu anatomy lessons on female physiology, I’ll let her explain why lingerie that facilitates oral sex is a key tool in battling the orgasm gap.

One study conducted by the author of the The Sex Diaries found that 81% of women orgasm during oral sex, which is about three times more often than during intercourse. But in a survey Cristol conducted, she discovered that 80% of women turn down oral sex when they wanted to say yes. “Women turn down oral sex for many different reasons,” she says. “They might be concerned that they haven’t showered yet, have just come back from the gym, or are on the tail end of their period. They might be worried about how their sexual partner feels about tastes and scents.”

Men, on the other hand, appear to be less inhibited. They are two times as likely to receive oral sex as women, according to the Canadian Journal of Human Sexuality.
With Lorals, Cristol wanted to create a product that would help women overcome some of their self-consciousness. Lorals are black and designed to look like any other sexy lingerie, but they are disposable.
The idea would be for a woman to have the undies on hand, and be able to put them on right before the act of oral sex. Of course, this means adding another step to the process of sexual activity, but Cristol believes it should be fairly easy to introduce this new behavior into the process.

After reading that, I hope others will join me in applauding Ms. Cristol’s efforts. She wants to expand the script that men and women use in approaching sex. There is, indeed, an imbalance when it comes to technique and tendencies with sexual activity. There’s an understandable eagerness when it comes to men receiving oral sex, but a frustrating hesitation with women receiving it from men. Some of that comes back to our sexual attitudes, which are always evolving. However, rather than simply wait for those attitudes to mature to the point where the joys of oral sex are perfectly equal, this unique brand of lingerie should help accelerate the process.

With this new brand of lingerie, though, the incentives are definitely there because they can directly contribute to our effort at closing the orgasm gap. If this product gains sufficient popularity, then lovers will be more inclined to equitably share in the range of sex acts that get them to O-Town and back.

This new brand of lingerie won’t entirely close the orgasm gap, but it does have the potential to make a dent. When it comes to narrowing that gap, every bit counts. There are all sorts of gender-driven conflicts in this world, but if we can at least make it so no gender need worry about who is getting more orgasm than the other, then I believe we’ll all find it easier to get along with one another.

One response to “Closing The Orgasm Gap With Lingerie”