Sex Cults: The Kinky (And Often Dark) Side Of Religion

Certain things don’t go well together, but still find a way to be potent, albeit for all the wrong reasons. I’m not just talking about people who dip their french fries in mayonnaise or banana peppers on pizza either. Certain combinations are just uniquely powerful and not always for the right reasons.

That brings me to religion, a topic I try to avoid like a rash on my scrotum. While I have written about religion and how it affects our sex lives before, I generally don’t like to bring it up on this blog. In my experience, few things kill the mood quicker than discussions about religion. It might as well be the antithesis of every Barry White.

I also feel compelled to point out that I have some deeply religious friends and family members. While I may not share their theology, I go out of my way to respect their beliefs. I don’t try to debate them or de-convert them. They have every right to believe what they believe with all their hearts and souls.

With those disclaimers out of the way, let’s talk about sex cults. I hope I have your attention now because this is one of those potent combinations I mentioned. More often than not, religion and sex are constantly at odds. For some, achieving orgasm and achieving spiritual enlightenment are the same thing. One just requires fewer tissues.

There seems to be a never-ending battle to temper, mitigate, or manage certain sexual desires in the name of religious zeal, often resulting in major taboos. That’s understandable in that sexuality is one of the things that influences the lives of every person on this planet, regardless of language, location, race, or attitude. It’s like a giant mountain. It can’t be circumvented. It can only be navigated.

Sex cults, on the other hand, do more than just navigate. They don’t just try to manage the sexual proclivities of its adherents either. In essence, they attempt to channel sexuality into forging stronger, more faithful adherents. Since people have sexuality hardwired into them at birth, you could argue they work smarter rather than harder.

In theory, this doesn’t have to be a bad thing. Not every sex cult needs to micromanage how its adherents use their genitals. Some are outright gleeful about sex. However, there are many that take it to unhealthy and unsexy extremes, which undermines the mood for everyone except the cult leader.

Speaking of which, one of the most common themes in a sex cult revolves around the leader, specifically with respect to how their genitals are somehow more holy than everyone else’s. This is how men like David Koresh and Warren Jeffs manage to convince dozens of pious women to do their religious duty, which requires them to make their bodies accessible to the cult leader in whatever holy or unholy way he sees fit.

That’s not to say there haven’t been female cult leaders. There have and yes, they can be every bit as perverse as the men. At the core of any sex cult, manipulation of sexuality is usually a secondary goal, at least officially. No successful religion, or any organized social movement, succeeds by being that transparent from the beginning. Most cult leaders, male or female, won’t say outright that the entire basis of their cult is built around exploiting our most basic desires. They may not even believe it themselves. In fact, I would argue that most people, aside from admitted frauds, that they sincerely believe that they’re not just exploiting peoples’ spiritual sensibilities so they can more easily get sex from adherents.

In their own minds, those in a sex cult may be convinced that what they’re doing is spiritual and holy. Even if it is something as basic as an orgasm, they’ve ascribed some sort of spiritual significance to it. As an erotica/romance writer, I can kind of understand that.

There’s power in that kind of feeling, especially in cultures where it’s so easy to induce shame in others for simply having sexual feelings. I’ve mentioned before how sexual repression can really mess with someone’s psyche and not just with respect to their sex life. Building a cult around this powerful feeling that so few of us can escape isn’t just cunning. It’s distressingly practical. 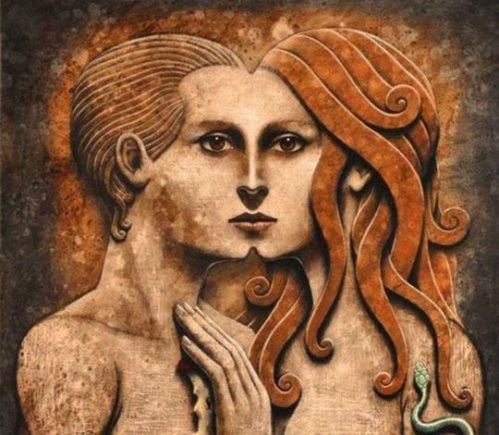 There are a whole lot of factors that go into creating a cult, but most of them come back to control. Most religion, especially the successful and sincere ones, only go so far with control. When properly done, it can actually be beneficial to society. Cults, especially those of the sexual variety, take it ten steps further.

A sex cult won’t just try to control the when, how, and why you have sex. It won’t just try control how you feel about sex. It will actively shape, re-shape, and warp, if necessary, your entire perceptions about sex, intimacy, and everything in between. Again, it won’t do this directly. It’ll usually hide behind a vast excuse bank of morality, piety, and peer pressure.

More often than not, a sex cult will make you depend on the cult to get the release that your caveman brain still craves. I’m not just talking about the orgasm either. A sex cult will also try to provide the sense of intimacy, love, and community that most people get without sacrificing an animal or a piece of your penis.

It’s usually at that point where it’s hard to tell the difference between piety and subversion. Once people get locked into a cult that gives them a strict, but clear structure for how they get their sex, and all the sweet extras that come with it, they’re effectively locked in. Some may argue that they’re trapped, but I don’t suspect that most adherents will see it that way. 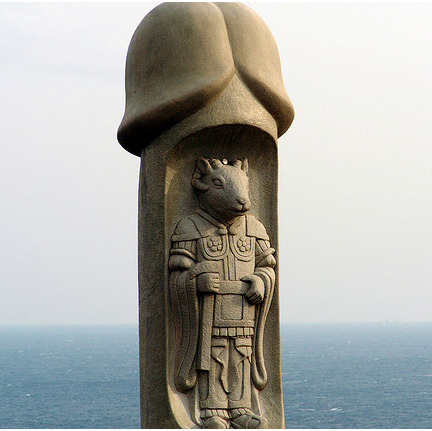 Now, I don’t bring up sex cults to warn people about them. I’m also not trying to point out the signs that the charismatic preacher who claims salvation comes through his penis might be a cult leader. Like I said before, most religion is fairly harmless and even beneficial to society. Sex cults, like any other cult, just hijacks a basic, yet powerful part of our being and exploits it.

It’s nefarious, but also fascinating. I built the entire premise of one of my novels around it, namely “The Final Communion.” In that novel, a young woman named Grace Maria Goodwin navigates a sex-fueled ritual that her deeply-religious community uses to control its adherents. Many of the themes I incorporated into this story come from my fascination with sex cults.

I’ve thought, at times, about expanding on novels like “The Final Communion.” I might not be able to develop a full-fledged sequel for Grace’s story, but I think there are untapped stories surrounding sex cults that are either too controversial or too distressing to contemplate.

It’s because they’re distressing, though, that we shouldn’t ignore it. So long as sex is such a powerful driving force in our lives, cults and even organized religion will continue to use it to exploit people. Religion, in and of itself, isn’t a bad thing, but when it starts to undermine our sex lives, then we should be concerned.

2 responses to “Sex Cults: The Kinky (And Often Dark) Side Of Religion”