On Nice Guys, Women, And Whining

We’ve all heard it before. We’ve either experienced it, know someone who has, or seen at least fifteen movies built around the concept. There’s a guy sitting myself, his head held low as his lips quiver with sorrow. He’s sad. He’s lonely. Nobody likes him and women would rather endure amputation rather than touch his cock. When anyone asks about it, he tells the same boring story.

“I’m a nice guy! Why don’t women want to be with me? I’m not some jerk or asshole. What’s wrong with them?”

On some levels, we have sympathy for guys like that. Yes, I know there are women who feel this way too, but a generation of teen movies, romantic comedies, and high school drama has conditioned us to hear a male voice every time we hear this overplayed diatribe of angst.

Since I’m not in a position to undo that conditioning, I won’t try. Just bear with me because this is an important message to anyone who has either said those words or heard them from someone else. I don’t want to underscore the depths of that loneliness and angst. I’ve been there too. However, there is a context worth pointing out here.

Call it what you want. We really don’t have a label for it. I call it it “The Nice Guy Whine.” Unlike the wine you can drink, this one doesn’t get better with age. It’s one of those overplayed tropes that play out way too much in both the real world and in fiction. Movies like “10 Things I Hate About You” and “She’s Out Of My League” try to make it interesting and sexy. It doesn’t make the whining any less annoying, though.

They’re frustrated, isolated, and in utter despair. They’re nice guys. They do the right things. They’re generally well-behaved, law-abiding, and friendly. They don’t hurt anyone or go out of their way to make trouble. They’re just genuinely nice guys. So why won’t the beautiful women they want to get with hook up with them?

We want to find love. We want to be with someone. In terms of core needs, that’s right up there with food, water, and sufficient WiFi. When we don’t get that connection and intimacy, we get lonely and upset. That’s to be expected. Our brains and bodies know we need that intimate connection. When we don’t get it, it tries to do everything possible to get you to seek it, even if it means the occasional awkward boner.

So what’s going on here? Why is it that nice guys just can’t get any? Well, as someone who once asked those same questions and did plenty of Nice Guy Whining himself, I’d like to offer a clear and concise answer. For all the fictional characters and real people in this world who’ve whined like I have, listen up. This might be the most important thing you hear that doesn’t involve the IRS.

“Being a nice guy isn’t enough. The vast majority of the planet is full of nice people. By whining about it, you’re indirectly insulting every man or women who doesn’t want to be with you because you make it about them and not you.”

Reading that out loud, I’m sure it sounds harsh. Trust me, it’s not meant to be that harsh. It’s supposed to reveal a simple truth and it’s actually uplifting on some levels when you think about it.

It’s true. Most of the people in this world, including the guys, are nice. We only think it’s full of mean assholes because they’re the ones who make the news, get reality TV shows, and star in movies, albeit for all the wrong reasons. 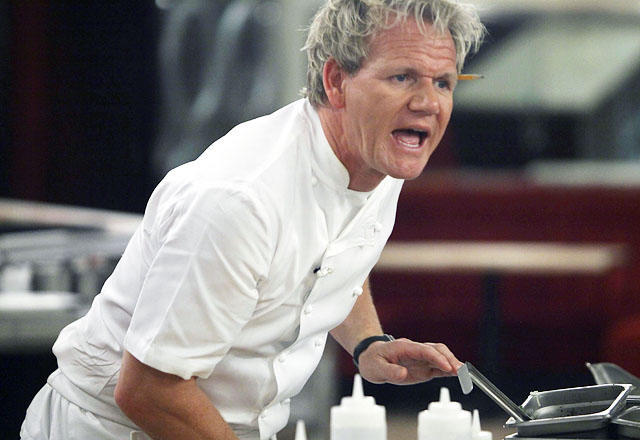 The fact that these assholes get our attention is actually proof that most people are nice. Things don’t get our attention unless they’re rare, dangerous, or shaped like female breasts. Even science bears it out. People today are generally nicer and more decent to one another than they’ve ever been.

Why does this matter? Well, it matters because by whining about being a nice guy, you might as well be whining about the sky being blue or water being wet or tits being awesome. You act as though the mere fact you’re alive and not dissecting animals in your basement is reason enough for your dream girl to be with you.

Step back for a moment and think about that. You’re a nice guy. I don’t doubt that. Even so, why should that be your primary appeal to a woman? What else do you have to offer? What sort of skills, passions, and personality traits do you bring to the table? I’m not saying you’re devoid of those things. I’m just saying these are questions you haven’t bothered answering.

I ask them with the full understanding that I’ve done plenty of whining like that too. There were plenty of times, especially in my teenage years, when I whined about the girls I liked not wanting to be with me. For a time, it left me very depressed and extremely isolated. It was not a good feeling.

However, I’m not good at lying to myself so I was able to answer that question on my own. In addition to having a debilitating acne problem, I had piss-poor social skills and did not take care of myself. I like to think I was pretty nice in general, but how does that make up for the utter lack of benefits I would bring to a woman?

I know I have much more to offer now because I’ve actually worked on myself. I’ve taken the time to develop new skills and abilities. In addition to being nice, I’m very physically fit. I run at least 15 miles a week. I lift weights. I try to watch my diet. By most measures, I’m a physically attractive man.

In addition to my looks, I’ve got other benefits to offer. I have a car. I have no credit card debt. I have a steady job. I’m very skilled in terms of writing passionate, sexy stories meant to moisten panties. Believe it or not, these are skills that women find attractive. Just being nice is only a base requirement. Everything else on top of that are premium features.

It may sound cynical, the idea that being nice isn’t enough and you actually have to sell yourself somewhat. It gives the impression that people only want to be with you because you can do something for them. Well, how is that any different than what you want from them? It’s a bit crass, I know, but it’s entirely pragmatic when you think about it.

Part of being a social creature is bringing something unique to the table. Maybe it’s a skill. Maybe it’s a personality. Maybe it’s a certain type of energy that stands out from the others. Whatever it is, it’s part of the overall package that is you and you actually control what’s in that package. You have the ability to make yourself appealing. There’s nothing, other than sheer laziness, to stop you.

By just whining about being a nice guy, it’s like you’re trying to shame others for not having lower standards. You give the impression that someone is evil just because they prefer a smartphone with more features than an old flip phone.

In a sense, that undercuts your whole “nice guy” persona because wanting to do the absolute minimum to achieve the maximum desired results isn’t very nice. If anything, it’s as big a dick move as any Biff Tannen wannabe ever pulled off.

With that, all those whining nice guys out there have their answer. You know why being a nice guy isn’t getting you anywhere with your current crush. I even told you how to fix the situation. It may be harder for some than others, but the opportunity is there. You just have to take advantage of it. I’ll even add that most women, in my experience, will be attracted to men who takes advantage of those opportunities.