To those of you out there who think you’re having a bad day, this may lift your spirits in all the wrong ways. To those of you who consider themselves huggers who are fond of intimate contact, as I most certainly do, this will be an exploration of your worst nightmare.

I’ve argued before that our current culture makes it painfully difficult for human beings to be intimate with one another. We have technology that puts screens between us, cultural taboos that prevent us from seeking each other out, and religious dogma that will make up elaborate myths to keep people from seeking satisfying intimacy. As bad as it is, it could still be much worse.

According to the ever-reliable sources on Wikipedia, solitary confinement is defined as:

A form of imprisonment in which an inmate is isolated from any human contact.

On the surface, it doesn’t sound nearly as bad as being shanked to death or having fingernails ripped out. However, as is often the case with the worst forms of torture, it’s not the wound that kills you. It’s the festering scar that gets infected and kills you slowly that makes it really nasty.

Solitary confinement is the absolute antithesis of what it means to be a social creature. This is very important to consider because human beings are very social animals. Our brains are hard-wired to seek contact and coordination with others. From the time we’re infants to the time we’re senile old geezers, we naturally seek to be around one another.

First, it’s our parents and siblings. Then, it’s our friend and fellow neighbors. Then, it’s our lovers, our children, and our extended family. At every stage in our biological and social development, intimate and casual contact with other human beings is vital.

Using my favorite tool, caveman logic, this makes perfect sense. Unless we’re Arnold Schwarzenegger on meth, we have no chance of taking down a sabretooth tiger. If we work with other humans, creating tools and forming strategies, then we can do more than just hunt down animals. We can actually hunt them so well that we drive them to extinction.

Being effective social creatures is pretty damn important from an evolutionary standpoint. That’s why simple gestures like hugs have so many physical and mental benefits. It’s also way, according to Health.com, people who socialize more tend to live longer. It’s pretty much beyond dispute. Social interaction is good for us on some basic level.

The practice of solitary confinement kicks that concept in the balls and lights it on fire. It takes people, including those who may not be mentally healthy to begin with, and sticks them in a situation that drives a knife into the core of their psyche. It’s like trying to put out a fire with gasoline. It’s death by a billion paper-cuts. It’s bad is what I’m saying. 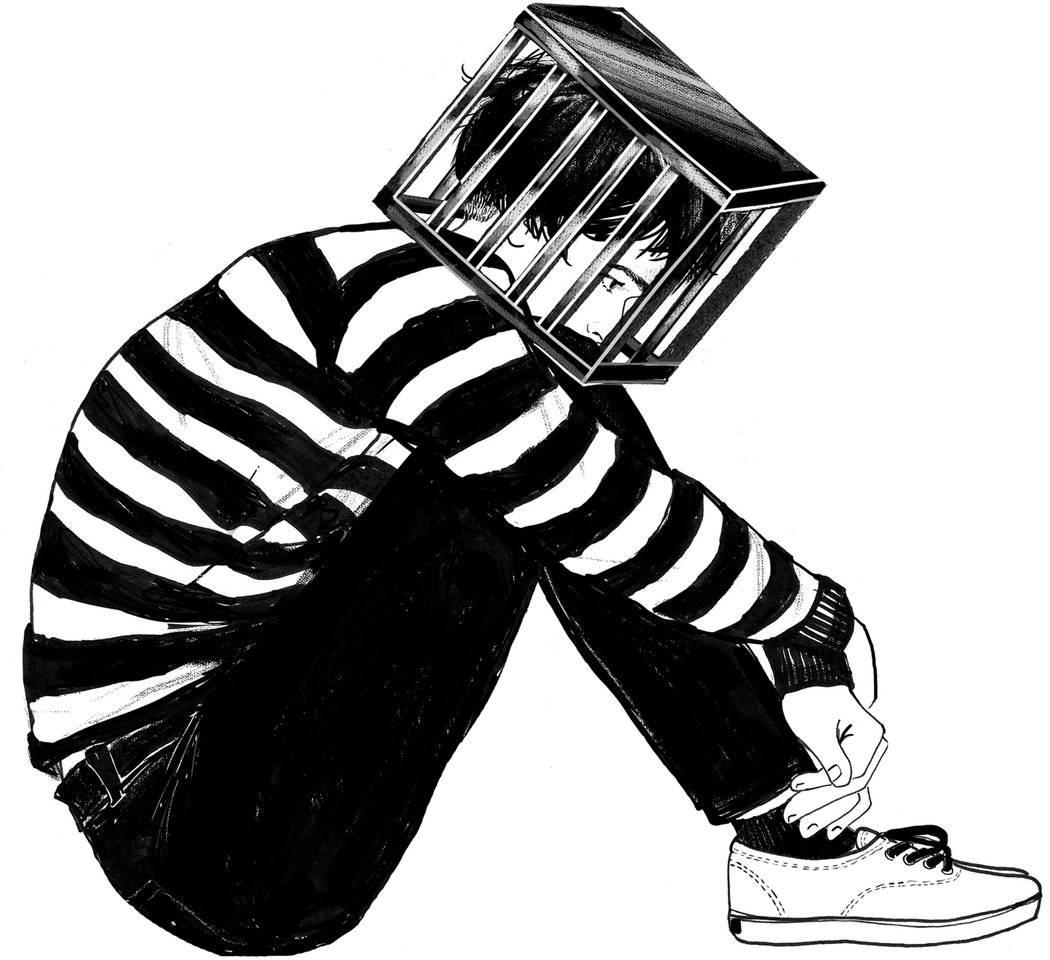 Now in the interest of balance, let me acknowledge that there is an element of cold pragmatism to solitary confinement. There are indeed individuals in this world whose brain function is so damaged, so dangerous, and so deranged that putting them around other people is a problem. As bad as solitary confinement is, there are times when it’s the best of the worst possible options.

The primary use of solitary confinement is to isolate these deranged individuals from others. In the past, it was even seen as a more human alternative to flogging and hanging. That may have been true for a certain period in history, but we’re not in that time period anymore and the non-Taliban crowd of the world doesn’t wish to go back.

As a society, I feel we should treat progress the same way I treat my aspiring writing career. We should always strive for improvement. Let’s not let ourselves stagnate or get complacent. There are just some things that are worth improving and this is one of them. We stopped hanging people. We stopped flogging them. We stopped using duels to settle legal disputes. Why can’t we do the same with solitary confinement?

There are organizations out there who classify solitary confinement as torture. The ACLU is one of them and their position on the practice is pretty clear.

In recent years, a concerted effort has emerged to combat this practice and seek alternatives. According to the National Religious Campaign Against Torture, multiple states have passed legislation to curtail or regulate the practice. More legislation may follow and as a self-professed hugger, it can’t come soon enough.

Now there will be opponents who argue that not everyone suffers the same horrific effects of solitary confinement. There is even some research to back this claim. Even if this research is valid, this doesn’t justify the practice. Just because some people can handle being tortured and go onto live normal lives doesn’t mean it should be permitted. Not everyone is James Bond or Jack Bauer.

Whatever future research may or may not conclude, we don’t need to wait for the test results on certain aspects of human nature. We’re social animals. We hug, we interact, and we make love. It’s part of what makes us the most successful species on this planet. Solitary confinement is a kick in the balls to that success and I say our balls need not be subjected to such punishment.