An Ode To Hot Teachers

Being a teenager sucks. Going to high school sucks. Going through puberty sucks. Unless you’re a star athlete or a cheerleader with the body of a young Carmen Electra, chances are your adolescence in general sucked.

Mine sure sucked. As I’ve said before, I was socially inept shut-in who did little to take care of himself. On top of that, I had a horrible acne problem that eventually required medication. I wasn’t just a pain to be around. I wasn’t much to look at either. That basically guaranteed that my teenage years were going to suck, despite having great parents, great siblings, and an environment that gave me every opportunity to be less miserable.

I get the impression that my experience is not typical. Teenagers are walking cocktails of hormones, emotions, and ignorance. Everyone, from the nerds to the jocks, finds a reason to be miserable at some point. The fact anyone survives it at all is nothing short of a miracle.

I highlight this misery because I want to establish a certain context here. Life as a teenager, going to high school and enduring the monstrous transformation that is puberty, is fraught with misery. Anything that makes it just a little bit easier is akin to giving a starving child a lifetime supply of chocolate cake.

Hot teachers are a sliver of gold in the mountain of horse shit that is adolescence. In some ways, they’re a rite of passage. You only really feel like you’re growing up when your genitals start doing strange things around a teacher you find attractive. It can be awkward, as anyone who has ever had to hide a boner in the middle of algebra class can attest. Then again, awkwardness with teenagers is par for the course.

I believe that hot teachers are a gift to the world, if not an act of mercy to all those whose adolescence was more miserable than most. They remind miserable, emotional, melodramatic teenagers that there’s still beauty in the world. It’s not all just acne, homework, and standardized tests. For teenagers of every generation, their value cannot be overstated.

As a tribute to the hot teachers of the world, I’d like to share another personal story. Unlike some of my previous stories, though, this one doesn’t involve actual nudity. It does involve thoughts of nudity though. How can it not? It involves my teenage self.

It’s true though. I too once had a hot teacher, one I still remember fondly to this day. She was a rare beacon of light in the never-ending torment that was high school. She actually made me less miserable in high school. That’s something that therapy, anti-depressants, and Taco Tuesday can’t boast. She’s kind of a personal hero is what I’m saying.

Out of respect for her privacy, I won’t reveal her name. For the sake of this story, let’s just call her Ms. Diana. I had Ms. Diana for a history class in my sophomore year. At the time, I was 16. My acne problem was just starting to become a crisis. My hormones were just starting to go into overdrive as well. I remember having to hide at least one awkward boner a day. Ms. Diana didn’t help in that effort, but with her, I didn’t mind.

Ms. Diana was one of those young, energetic teachers who loved to talk fast and fill the room with energy. She wasn’t the kind of teacher who would just give presentations, pass out worksheets, and lay out lists of facts. She actually tried to keep people engaged. She tried to get people excited. She might as well have been the high school equivalent of a lion tamer.

She was also hot. I hope that goes without saying. I don’t just mean hot, in terms of personality. I mean Ms. Diana was hot in that she would’ve looked awesome in a bikini and not because she had a beauty regiment on par with Gwenth Paltrow, complete with jade egg for a healthy vagina. 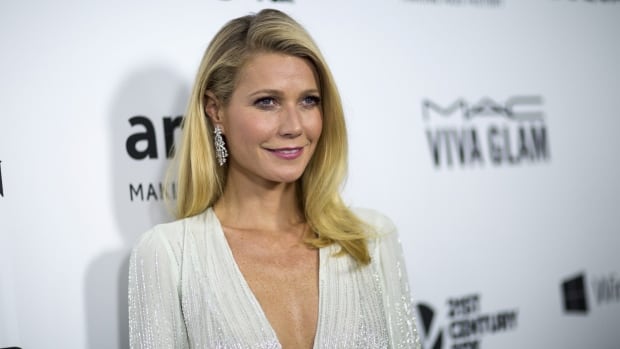 No, Ms. Diana’s beauty was a natural beauty. She didn’t need makeup. She didn’t need designer clothes. She came into class wearing something she probably bought on sale and she still made it look sexy. That’s a special kind of beauty, even by teenage standards.

That beauty definitely resonated with my teenage self. I can’t remember a class where I paid more attention and felt more engaged. I can’t say that about a lot of the teachers or classes I’ve taken. I also can’t say those classes got me thinking and feeling things that I didn’t feel without an internet connection. It was a strange, but beautiful thing.

Now I never went out of my way to tell Ms. Diana that I found her very attractive. That’s not because I wanted to avoid a scandal that would end with one of us being interviewed by Wolf Blitzer though. I didn’t tell her because it wasn’t necessary. It wasn’t necessary because I wasn’t the only hormonal teenage boy in that class and some of those boys did not have filters between their brains and their mouths.

It was very much an open secret in the school. The boys thought Ms. Diana was hot. Nobody really argued about it. Nobody denied it either. I get the sense she knew that. I don’t think she would’ve agreed to teach teenagers if she didn’t to some extent. Maybe she knew she could keep her students’ attention by being hot. I’m not saying it’s a little coy, but you can’t argue with results.

This eventually culminated in an incident I still laugh about today. It happened one day after lunch. We were filing into class. I was there a few minutes early and so were a couple of my male classmates. Then, out of nowhere, this exchange happened:

Male Student: Hey, Ms. Diana! Is your dad a terrorist?

Male Student: Because you’re the bomb!

I laughed. We all laughed. Even Ms. Diana laughed. This after September 11th, by the way. The fact that we laughed about it should hint at just how hot Ms. Diana was and how much me and my fellow male students appreciated her.

To this day, Ms. Diana holds a special place in my heart and my memory. At a time when so many memories from that era were bleak and forgettable, she was a shining star that came along at just the right time for an awkward teenage boy. I like to think that the feelings she inspired in me helped inspire my future aspirations as an erotica/romance writer.

I doubt that’s what Ms. Diana intended to teach me. I’m pretty sure she just wanted me to pass my tests and exams. Thankfully, I did. That other inspiration was just a bonus. Maybe one day when I become a famous erotica/romance writer, I’ll thank her. She deserves as such for helping me survive high school.

Until then, I remain forever grateful to Ms. Diana. On behalf of all those who had lurid thoughts about their teachers, I thank those wonderful teachers who look good naked who helped inspire both minds and genitals. You may not think it, but you helped us in ways that went beyond teaching us. You helped make our teenage years slightly less miserable. For that, you should be proud.

With that, I leave you with the ultimate ode to hot teachers, courtesy of Van Halen.