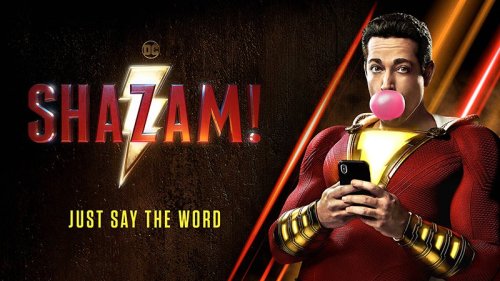 When a particular genre becomes over-saturated and overdone, it’s tempting to try and reinvent the concept in hopes of striking a new chord. It’s especially tempting when so many others have risen the bar to such an insane extent that success can only be measured in billions instead of millions.

It would’ve been easy for a movie like “Shazam” to give into such temptation. With the recent success of “Aquaman” and “Avengers Endgame” set to break all sorts of box office records, it seems like this movie has to do something extreme, just to stand out. How else would it succeed in such a crowded market in a golden age of superhero movies?

That was my greatest concern before I saw “Shazam.” As much as I loved the trailer, I was worried that this movie would try so hard to stand out that it would overlook the part of actually being a fun cinematic experience. That sort of oversight has been plaguing the DC Extended Universe since “Man of Steel.” This picture sums up the issues nicely.

Well, having seen the movie, I’m happy to say that none of those concerns were founded. In fact, I’m elated to report that “Shazam” is another big win for DC Comics and superhero movies, as a whole. However, it didn’t win because it reinvented the genre or did something radically different. It won because it followed the basic formula for quality superhero movies and had fun along the way.

It helps that the core appeal of Shazam, as a character and superhero, is that it approaches heroics with a childlike playfulness. Billy Batson, the alter ego of the titular hero, is not some jaded adult like Batman. He’s not even a boy scout idealist like Superman. He’s just a kid and one who got dealt a bad hand, for that matter. Being both an orphan and a troublemaker, he sees the adult world through very different eyes.

That’s a novel perspective, to some extent. Every other superhero movie, even going back to the era of Richard Donner’s “Superman,” has framed the idea through an adult lens. It always starts out as something simple. An individual gets superpowers, they start carrying out simple acts of heroism, and those acts eventually get complicated, as often happens with adult issues.

With a character like Billy, things never get that complicated. Again, he’s a kid. Even in his heroic form, he sees conflict with a childlike simplicity and “Shazam” captures that simplicity perfectly. The movie doesn’t deviate much from the details and themes of the source material. Concepts like the Rock of Eternity and the Seven Enemies of Man are present and accurately portrayed.

Such details may not matter to those unfamiliar with the comics, but such accuracy is largely a bonus. What really makes this movie work is how it follows Billy’s journey and not just the one he undergoes as a hero. His evolution when he’s not a magically-endowed superhero is arguably the most meaningful aspect of the story.

When we first meet Billy, it’s hard to discern whether he has the spirit of a hero. He’s no upstanding boy scout. In fact, he’s very much a troublemaker who’s willing to thumb his nose at police, break the rules when it benefits him, and run away from anyone who tries to help him. However, he never comes close to crossing that might send him down a darker path. 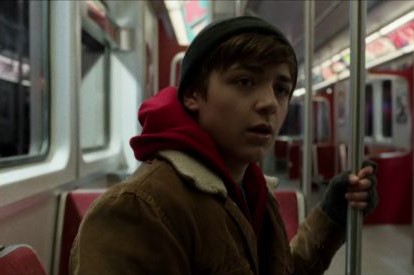 It’s that trait that sets him apart from his villainous counterpart, Dr. Sivana. While he’s no Thanos, he demonstrates that he’s a lot like Billy in a few key aspects. He’s given a chance to become a hero, but is unable to refuse the temptation that often comes with immense power. That failure haunts him and pushes him down a darker path.

For a time, it seems as though Billy could walk a similar path. When he first gets his powers, he reacts in ways that most would expect of a 14-year-old boy. He tries to buy beer. He tries to make money. He even ventures into a strip club. It’s hilarious and cute, but it also establishes the perfect tone for a movie that avoids complicating the standard superhero narrative.

Within that narrative, there’s a hero who makes choices and learns from his mistakes. There’s also a villain who makes choices and refuses to learn from them. When they eventually clash, it’s a flashy spectacle with simple, understandable stakes. It’s no Battle of Wakanda, but it doesn’t have to be.

The look of someone who DIDN’T get to work with Josh Brolin.

From the moment he first gets his powers to the final showdown with Dr. Sivana, Billy develops into his own hero, but never loses his childlike mentality. He’s not forced to grow up too fast, nor does he have to abandon the civilian life he’s trying to establish. Whereas being Bruce Wayne is often an inconvenience for Batman, being Billy Batson is necessary for Shazam.

This shows in the seamless characterization provided by Asher Angel, who plays young Billy, and Zachary Levi, who plays Shazam. At no point does either manifestation feel like a different character. They both wield the same childlike charisma as they navigate their superhero journey. The same lovability that made Levi so great in shows like “Chuck” help him and Angel bring out the best in Billy Batson.

When the movie begins, it’s not clear that Billy has what it takes to be a competent hero. Trying to determine his worth is like trying to determine if some random 14-year-old will one day play in the NFL. The odds are against them, but the potential is still there. By the time the credits roll, the message is clear. Billy has the spirit that Shazam was looking for and you can’t help but root for him. At its core, “Shazam” checks all the right boxes for the classic hero’s journey. Billy Batson is perfectly poised to take that journey and not just because he’s one of many orphans who become superheroes. The movie doesn’t try to subvert these tried and true tropes. If anything, it embraces them and dares to have a little fun along the way.

It’s easy to share in that fun. The humor is exactly what you would expect of a movie that involves 14-year-olds getting superpowers. It’s serious when it needs to be, but never too serious. Given the grim and gritty settings of other DC Extended Universe movies, it’s a breath of fresh air that the superhero genre badly needed.

It’s not without its flaws. Some details of Billy’s life are underdeveloped and glossed over. There were also inconsistencies with Dr. Sivana as well, but none were egregious to the point where they derailed the movie. It simply stuck to a simple formula, mixed in a few twists along the way, and made the most of what it had to work with.

If I had to score “Shazam,” I would give it an 8 out of 10. It didn’t reinvent superhero movies or raise the bar. It was simply a fun, entertaining movie that gave a character with little star power a chance to shine. It even managed to accomplish all this without trying too hard to make him like Batman. For a DC Comics movie, that alone is a major accomplishment.