Movember Memories: Recounting The Time I Let My Beard Grow For Three Months

Greetings, and a very happy Movember to everyone. What is Movember, you ask? It’s not a holiday, a new social movement, or some exciting business opportunity that requires your credit card number. It’s actually an engaging, month-long event that helps raise awareness for objectively good causes.

Specifically, those causes involve serious issues affecting men, such as prostate cancer, testicular cancer, and suicide. In the same way Breast Cancer Awareness Month brings attention to a serious health issue that affects women, Movember does something similar for men. However, participating involves more than just talking about these issues.

Men who participate in this effort show their support by growing mustaches. For an entire month, they channel their inner Ron Swanson to show support for those affected by this issue. It may not seem like much, but it has had a positive impact. In 2012, the Movember Foundation raised $95 million dollars. Also, like Ron Swanson, it demonstrates the power of the mustache.

If you haven’t already, please consider donating to the Movember Foundation. Whether you’re liberal, conservative, feminist, libertarian, socialist, communist, or even an anarchist, it’s a great cause that helps a lot of people. I know gender politics is very heated these days, but providing support to those who need it should not be controversial.

In the spirit of Movember, I’d like to share a personal story that I think is fitting for this cause. It has to do with me and my relationship to facial hair. It’s something nearly every man has to deal with as they grow up. Everyone goes about it their own way. Some have to figure out the hard way that there’s a right and wrong way to manage it.

That’s exactly what I had to go through one fateful fall during my first semester of college. It was an exciting time. The nightmare that was high school was over. My acne problem had finally passed. I had been accepted into my top choice school. I finally had a chance to live on my own and get a taste of real independence. These were exciting times, indeed.

I celebrated that independence in many ways, but one of the first was that I stopped shaving entirely. For me, that was a big deal because I liked letting my facial hair grow. At first, it was just a good way for me to cover my acne. After a while, I just liked the way it made me look. Like my father and uncles, facial hair made me look distinctly masculine. It also gave me some badly-needed confidence.

While living at home, my mother often made me shave or trim my beard. Usually, she wouldn’t let me go more than two weeks without some kind of trim. I understand why she did it, but I still wanted to develop my own manly look. In college, I got that chance and I took it. 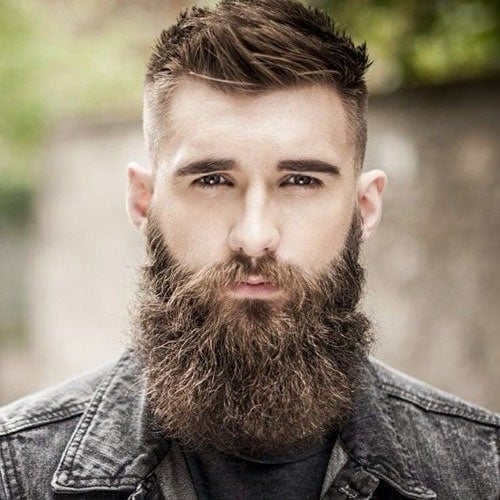 For three straight months, I did not shave. I didn’t use any blades, clippers, or trimmers. I just let my beard grow. Compared to all the other crazy things I could’ve done during my first semester in college, it was pretty tame. For me, though, it was a genuine thrill because I got to decide for myself how I wanted to look.

As a result, I learned a lot of important lessons about facial hair. For one, it can get dandruff. That actually became an issue at one point. It wasn’t enough to make me shave it, but after about two months, I had to actually put shampoo in my beard to keep the dandruff from getting too bad.

The next thing I notices is that when food gets caught in it, you tend not to notice until hours later. When a good chunk of your diet consists of noodles and cafeteria food, that is somewhat of an issue. One time, I got a box of buffalo wings for a football game. It got so messy that there were sauce stains in my beard for the rest of the day. Considering how much I love that smell, I didn’t see that as a bad thing. 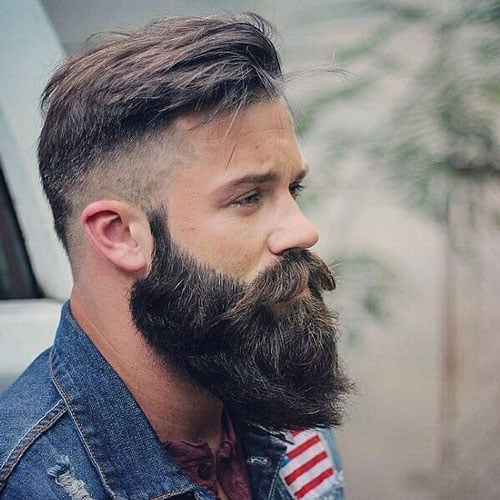 Then, the weather got cold and I learned something else about having a thick beard. It will freeze up in a cold rain. A week before Thanksgiving, some freezing rain hit the area and I actually felt miniature icicles form in my beard. It was a weird feeling, but I didn’t see it as a detriment.

Shortly after that, though, I finally caved and trimmed it. I didn’t shave all of it off. I just trimmed it. My reason for doing so had less to do with the effects of the hair and more to do with the overall look it gave me. In addition to not shaving my beard, I didn’t cut my hair either. In doing so, I learned that unkempt hair over my entire face just wasn’t a good look for me.

I won’t say I looked bad. I’ll just say that I looked a bit too much like a first-year college student who enjoyed not being told when to shave. At one point, I looked like a crazed mountain man who lived in a cabin without running water. You can get away with that look in college. In the professional world, however, it’s a bit tougher.

After trimming it for Thanksgiving, I finally got into the habit of trimming it regularly. For a while, I just trimmed it with clippers every two weeks. Eventually, I got around to actually shaving parts of it. At one point, I did shave all of it off, but that did not look good on me. By the time I graduated college, I found a look that I embraced.

Currently, I maintain a healthy patch of facial hair that I try to keep trim. I haven’t let my beard grow that much in a long time. For Movember, though, I occasionally let my mustache get extra thick. I think it looks good on me and it helps me convey the kind of masculinity I want.

I don’t know if I’ll ever let my beard grow that thick again. Maybe at some point down the line, I’ll give it another shot. It may look better on me now than it did in college. If I do, I’ll be sure to share the results.

In the meantime, I encourage everyone to participate or contribute to Movember. Again, please take some time to donate to the Movember Foundation. There are serious male issues worth confronting. You don’t have to grow a thick beard like I did. You just have to let your manly mustache do the talking.