“Spider-Man: Far From Home” Review: An Amazing Movie With One Spectacular Flaw

In this golden age of superhero movies, Spider-Man occupies a special place. Aside from being one of Stan Lee’s most famous creations, this franchise has undergone many triumphs, failures, scandals, upheavals, and everything in between. No matter where it stands among other franchises, Marvel just isn’t Marvel without Spider-Man.

The first “Spider-Man” movie helped revolutionize the superhero genre alongside “X-Men.” It’s not unreasonable to say that the Marvel Cinematic Universe wouldn’t exist without that first movie. That’s why when Spider-Man entered the MCU with “Spider-Man: Homecoming,” it carried a lot of weight.

With “Spider-Man: Far From Home,” both the standards and the stakes are higher. This movie is coming off the historic success of “Avengers Endgame” and is poised to close out Phase 3 of the MCU. It’s tasked with building on the foundation of its predecessor and dealing with the dramatic aftermath of the battle against Thanos. That’s a tall order for any franchise.

Look at this face and tell me I’m wrong. I dare you.

At the same time, it feels like Spider-Man has to be the franchise to pull this off. Between its special place in the genre and its cast of emerging stars, including the inherently lovable Tom Holland, “Spider-Man: Far From Home” feels like the only movie worthy of such a task. It has everything going for it. The question remains. Does it succeed?

In my humble opinion, I say it does, but not without some major flaws.

In terms of the big picture, “Spider-Man: Far From Home” is a quality Spider-Man movie that checks a lot of boxes, both for the franchise and for the MCU. It seamlessly weaves itself into the evolving narrative of the MCU in wake of “Avengers Endgame.” The first five minutes of the movie touch on the lingering aftermath of that climactic battle. It even injects some of that trademark MCU humor into some heavy moments.

On a more personal level, Peter Parker’s story builds upon the drama of Tony Stark’s death in “Avengers Endgame.” Throughout the movie, Iron Man’s presence looms large. Spider-Man is essentially stuck in the shadow of another hero who really affected his journey as a character in “Spider-Man: Homecoming.” It makes for plenty of dramatic moments that guide Peter throughout the story.

In terms of it genre, “Spider-Man: Far From Home” even succeeds in maintaining the increasingly high bar that Marvel Studios has set for its villains. While Jake Gyllenhaal’s Mysterio won’t rank as highly as Josh Brolin’s Thanos, he proves himself a daunting foe who doesn’t just test Spider-Man. He comes very close to breaking him.

I would even go so far as to say that Gyllenhaal’s take on Mysterio is worth the inflated ticket price. He makes “Spider-Man: Far From Home” work on multiple levels. I would argue that he’s the primary reason why the movie succeeds, despite its critical flaws.

Now, this is where I’m probably going to diverge from the those who have given this movie such glowing reviews. I may even upset some of my fellow Marvel fans who recoil at the idea of an MCU movie faltering. However, I believe the flaws are there and are being overshadowed by factors beyond the scope of the movie.

To me, the biggest failure of this movie isn’t in how it tells Spider-Man’s story. It’s in how it develops Peter Parker’s story. The battle between Spider-Man and Mysterio is beautifully developed. It’s what happens when Peter is out of his mask where the story stagnates and it has everything to do with Zendaya’s character, “MJ.” 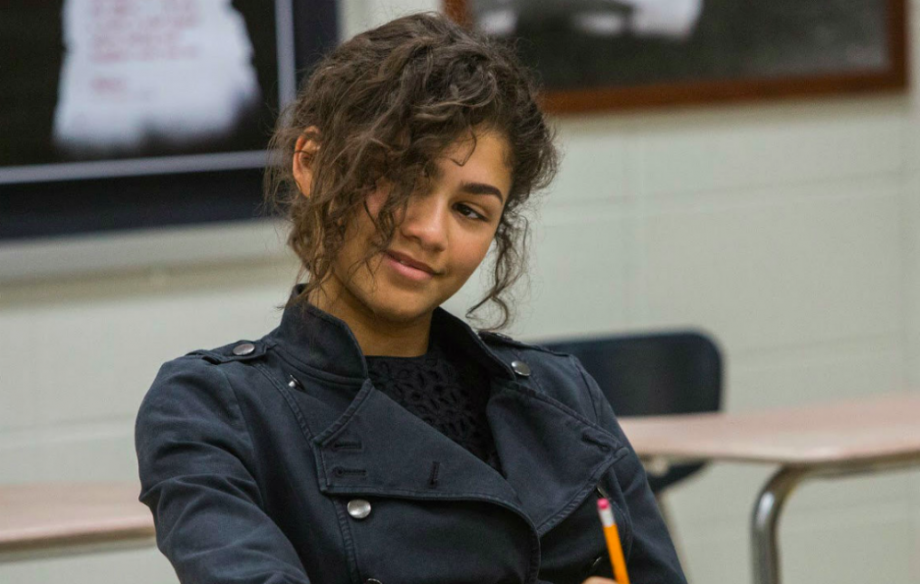 I put “MJ” in quotes because she is definitively not Mary Jane Watson, Spider-Man’s most famous love interest in the comics and the character that Kirsten Dunst portrayed in the first three Spider-Man movies. That’s not the issue, though. “Spider-Man: Homecoming” established her and Peter’s friends as something very different from the comics. It wouldn’t be the first time the MCU made such changes.

The problem with MJ, Peter, and their shared role in “Spider-Man: Far From Home” is how poorly their romantic sub-plot plays out. It’s not a trivial sub-plot, either. A good chunk of the plot involves Peter following this elaborate plan to tell MJ how he feels about her. On paper, it’s pretty romantic. In practice, it’s a catalyst for too many cringe-worthy moments.

There’s no polite way to say it. The romance between Peter and MJ in this movie is awful. I won’t say it’s as awful as the nonsensical babble we saw between Peter and Gwen in “Amazing Spider-Man,” but it’s pretty close and for the high standards of the MCU, it’s just unacceptable. 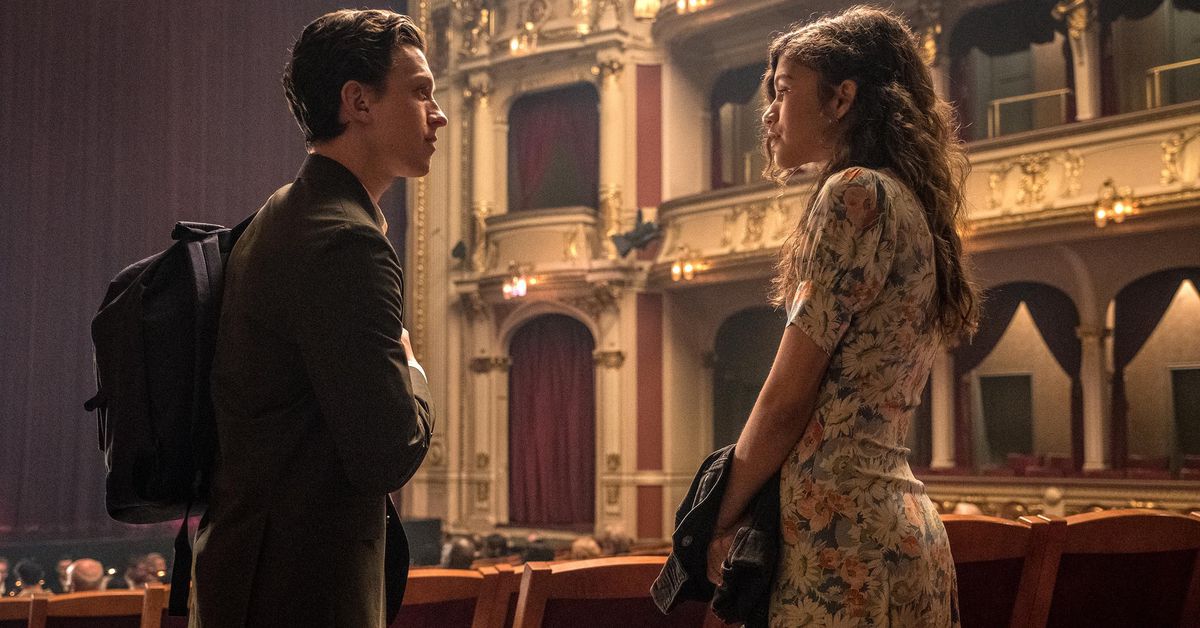 In essence, there’s no real chemistry between Peter and MJ. Given how critical this relationship is for the plot of the movie, that’s not a trivial oversight. It frames their actions and their decisions as something petty and selfish. There’s never a sense that Peter and MJ make each other better. If anything, they’re liabilities to one another. 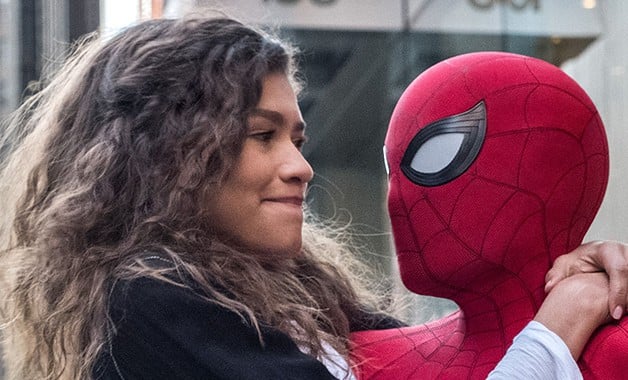 In both the comics and the previous movies, this is not how the romantic sub-plots play out. While Spider-Man’s relationships have always complicated his efforts to be a better superhero, they ultimately make him stronger. They make his decision more heroic and his triumphs more satisfying. In “Spider-Man: Far From Home,” the romance was more a handicap than a challenge.

Compared to how other romantic sub-plots in the MCU, Peter and MJ’s is by far one of the weakest. It’s established that they’re attracted to one another. That’s the critical first step in any romantic sub-plot. However, “Spider-Man: Far From Home” skips the part where they actually start caring for one another before they develop deeper feelings.

Again, that’s not a trivial oversight. Compare that to other relationships like Starlord and Gamora, Pepper Potts and Iron Man, or even Thor and Jane Foster. It starts with attraction. The characters flirt and tease one another. Then, at some point, that flirting turns into genuine care. They show concern and emotion when they see one another in danger. From there, deeper feelings emerge.

None of that happens with Peter and MJ. Their interactions lack drama, which limits the personal stakes for Spider-Man’s battle against Mysterio. It helps that there are other personal stakes besides MJ that guide this struggle. If anything, those stakes would be a lot more powerful if the sub-plot with MJ were completely removed.

As bad as this romantic sub-plot is, “Spider-Man: Far From Home” still works because so many other elements of the movie are well done. Mysterio is a great villain who really capitalizes on the post-Thanos landscape of the MCU. Peter’s supporting cast, from his teachers to his Aunt May to his best friend Ned, all get a chance to shine. They help give this movie the right impact.

Compared to other Spider-Man movies, “Spider-Man: Far From Home” definitely exceeds the quality of the two “Amazing Spider-Man” movies that came before it. I would also say it’s slightly better than “Spider-Man 3,” albeit barely. If I had to score this movie, I would give it a 6 out of 10. It’s great, but not amazing.

For the MCU, especially after “Avengers Endgame,” the standards for a great superhero movie have never been higher. This movie met many of those standards, but a major flaw in a key sub-plot kept it from exceeding those standards. While I doubt this will hinder the franchise, I believe it’s a flaw that will only get worse if it’s not addressed in the sequels.

If you see the mid-credits scene, then you know what I’m talking about.