Five Common Expectations Of Men That I Would Change 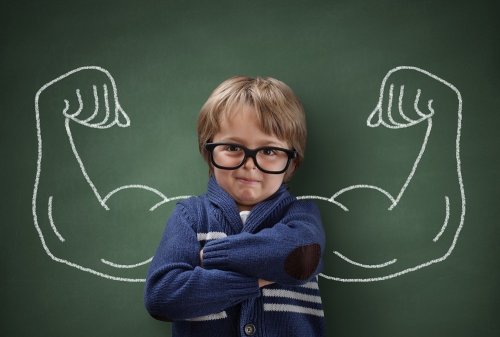 I love being a man. I’ll go on record as saying I appreciate masculinity and its many values. While masculinity in general has gotten a bad rap in recent years, albeit for absurd reasons, there are many things to enjoy and admire. At their best, good men can achieve great things and effect positive change in the world.

I’ll also go on record as saying that appreciating masculinity does not require that we undermine femininity. That really should go without saying, but in these sensitive times, it’s too easy for mixed messages to go viral. Saying men are good is not the same as saying women are bad or vice versa. That’s just common sense and I genuinely wish it were more common.

Now, that’s not to say being a man is all fun, games, and fart jokes. It does have its share of downsides and I’m not just referring to the biological part of it. Yes, getting kicked in the balls really hurts. Yes, sweating and smelling more often can be annoying. Those aspects of masculinity simply come with the package.

There are other, less concrete ways in which being a man can be frustrating. They have less to do with hormones and more to do with certain expectations. I’ve explored some of those expectations with respect to how men pursue love and the egregious double standards by which men are judged.

Others far smarter than me have discussed some of the bigger issues surrounding how men are treated in modern society, from attitudes about how disposable they are to how sexual assault against them is treated like a joke. Those are serious, legitimate issues that certainly warrant further discussion.

There are also smaller, less-obvious expectations of men that I are just as asinine and are worth changing. They’re necessarily stereotypes or cultural traditions. They’re just subtle norms that rarely get scrutinized. I think, in the name of pursuing greater balance and equality for everyone, these lesser-known aspects of being a man should be part of the discussion.

What follows are five subtle, but common expectations about men that I would like to change or at least reconsider. Some are just standard norms while others reflect certain attitudes and practices. I realize that some are harder to change than others, but they’re worth acknowledging. If anyone has something they’d like to add to this list, please let me know in the comments.

Expectation #1: Having To Wearing A Suit (Even In Blazing Heat) I look good in a suit. Distinguished men who wear well-made suits are often seen as the pinnacle of male fashion. It’s why you’ll rarely see James Bond fight nameless henchmen in anything less fashionable than imported Armani. While I’m all for men looking good, I feel like men’s choices for high-quality fashion are really limited.

This is especially true in the summer when men are still required to wear suits while women can wear equally fashionable, but far more functional dresses and blouses. I enjoy wearing a suit as much as any fashion-minded man, but it’s downright unbearable when it’s hot. You don’t even have to be outside to feel it. Just being a building with bad air conditioner is enough.

I’m no fashion expert, but I feel like the emphasis on suits for men is over-emphasized. Women’s fashion is more diverse and offers greater flexibility for certain occasions. I acknowledge that some of that fashion is also uncomfortable and impractical. Why should anyone suffer that much for the sake of looking good?

I know there’s only so much anyone can do to change fashion trends, but a little innovation in the field of men’s formal attire would definitely help. At the very least, just having clothes that make summer heat more bearable for everyone will help everyone be more comfortable.

Expectation #2: Not Going To A Doctor (Even When We Should)

In my experience, men not going to a doctor is part stereotype and part attitude. There are more than a few taboos surrounding men’s collective aversion of doctors. Whether it’s due to male bravado or just the underlying assumption that men don’t need doctors as much as women, I think this expectation does more harm than good.

I say that as someone who has been guilty of avoiding doctor visits in the past. At one point, it caused me genuine pain because I refused to go to a doctor for what I thought was just allergies. It turned out I had a bad case of strep throat that I made considerably worse by not going sooner. I don’t care what your gender is. When some expectations lead to needless suffering, they’re worth re-evaluating.

With people, in general, becoming more health conscious, I think the time is right for men to embrace going to the doctor with the same care as women. It’ll won’t just help men become healthier, overall. It’ll help affirm that men’s suffering deserves to be treated with just as much urgency as that of women.

This is one of those unwritten rules that really ought to be articulated more frequently. Whatever your professional field, be it construction, law, or flipping burgers, there will be times when overtime is necessary. In my experience, which I freely admit is anecdotal, I get the impression that men are expected to bear that burden first and without question.

That’s not to say that women avoid overtime. I know many women who put in longer hours at their jobs than their male co-workers. There’s just a general assumption that a man is going to do more of it and if he doesn’t, then there’s something wrong with him.

The same goes for taking time off. Most people don’t seem to bat an eye when a woman asks for a few days off. They won’t even ask why. If a man makes a similar request, it raises more curiosity and he’s expected to justify it. Again, this isn’t the case everywhere, but even without bringing maternity leave into the mix, men are just expected to work more and work longer.

Some of these expectations are more pronounced in the United States where paid parental leave is not mandated by law. In general, workers in the United States take less time off and work longer than other industrialized countries, which further compounds the issue. Even with regional differences, the attitude about men having to bear a greater work burden is worth reassessing.

After all, I think everyone would benefit by having more time off and not overworking themselves regularly. It’s better for everyone at every level of society.

Expectation #4: Always Knowing What A Lover Likes (Without Having To Ask) 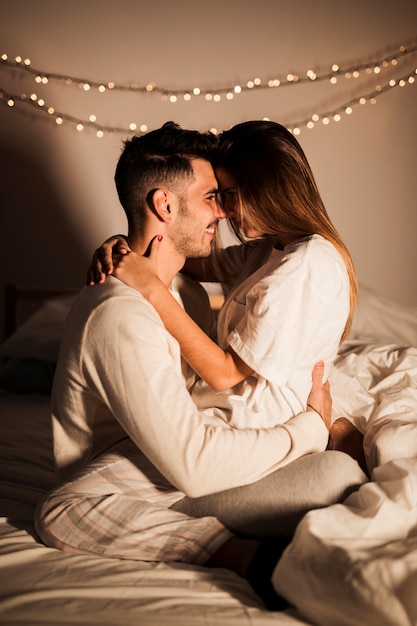 It makes for a great sexy story. I’ve written more than a few of them. While it’s a great fantasy, it obscures a less sexy reality in which men aren’t mind-readers. It doesn’t matter how attractive or naturally endowed a man might be. He’s not going to know exactly how his partner wants to be pleased, by default. They have to actually communicate.

It sounds so logical, but fantasy often fuels those lofty expectations. I’ve known women who get downright frustrated when their boyfriend doesn’t do exactly what they want in bed to satisfy them, but admit they’ve never actually told them. They’ll often drop hints. They’ll even be playful about it. If a man asks for too many specifics, though, then something must be wrong with him.

As a fan of romance and intimacy, I’m very much in favor of lovers enjoying a satisfying sex life. However, the idea that a man should automatically know what satisfies their partner is just not fair. It’s true that some men really don’t know how women’s bodies work, but it’s also true that everyone is different in terms of what pleases them. Nobody is going to be satisfied if nobody communicates.

Again, it’s just common sense that misguided expectations do plenty to complicate. I can attest that most men want to satisfy their lovers. Anything that helps us do that is always welcome.

Expectation #5: Needing To Yell In Order To Be Serious

For certain people, yelling might as well a local dialect. Like Frank Murphy going off on a profanity-laced rant, it might as well be casual conversation. However, for the non-Frank Murphys of the world, there are certain expectations about people who yell and it feels like men have to start the race behind the curve.

I’ve seen in in personal and professional settings. A man will make an argument, but it’s not considered serious. If a woman made the same argument, it’s given more weight. There’s an assumption that if a woman brings it up, then it must be a major issue. It only reaches that same level for a man if he’s willing to yell his case.

To some extent, it’s a double standard. A woman yelling angrily is treated as an aberration while a man yelling with the same anger is just standard operating procedure. At the same time, a man who doesn’t yell or show some kind of escalated anger carries its own set of assumptions. Men have to be angry for it to be serious and if they’re not yelling, it must not be serious.

It often happens during debates about hot-button topics. It can even happen in a simple argument about pizza toppings. There are plenty of important issues that warrant yelling, but I believe expecting one gender to yell more than another only compounds those issues.

We live in a flawed world full of flawed people. Sometimes, we have to temper our expectations. In others, we try to hold one another to a higher standard. Men and women yell at one another enough for trivial reasons. We’re never going to stop yelling. At the very least, we should play by the same rules.