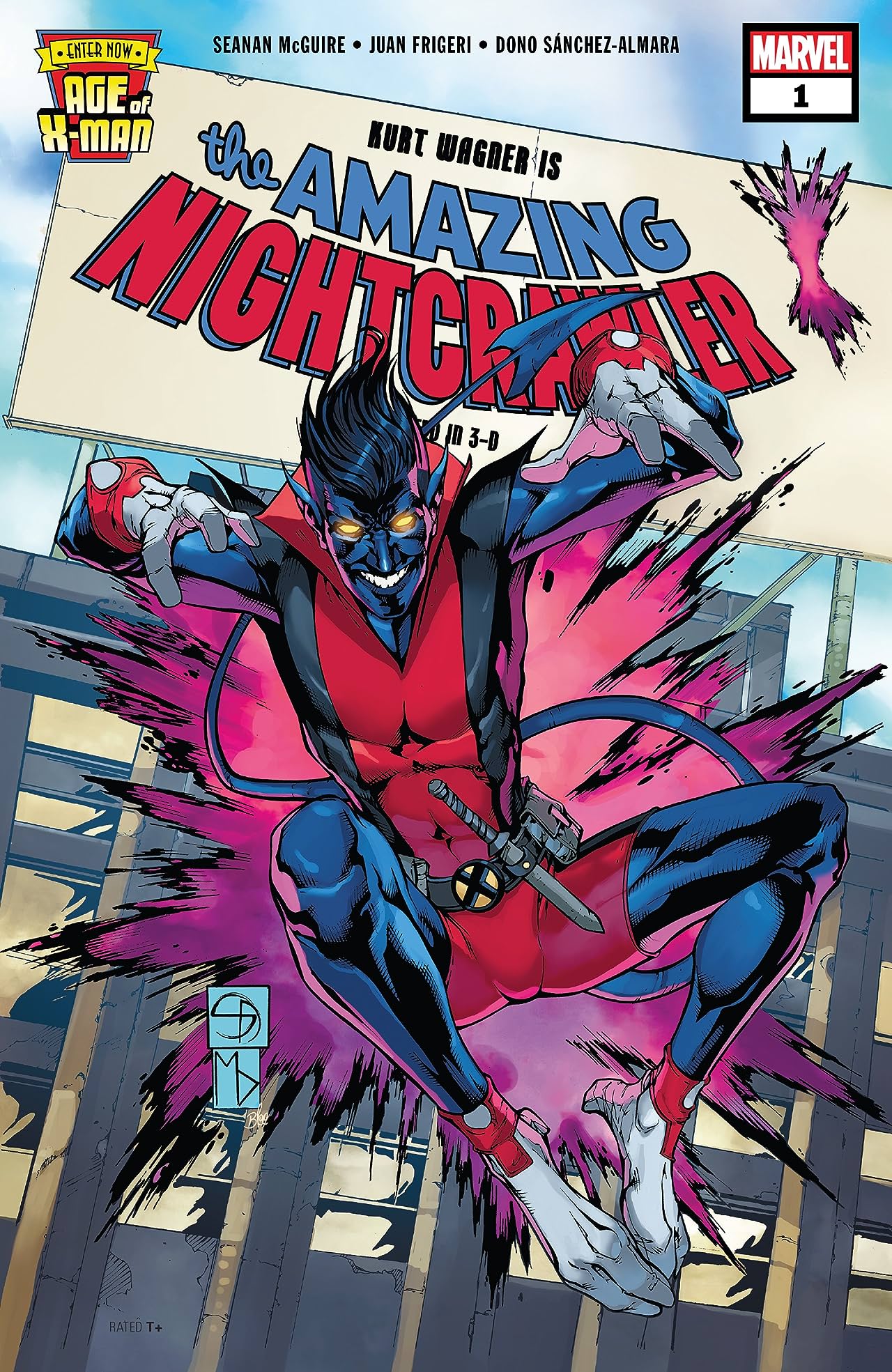 Every Wednesday brings comic book fans a set of new, colorful adventures in a gloriously literal way. Whether you’re a fan of superheroes, fairy tales, zombie apocalypses, or beautiful warrior women in chain mail bikinis, there’s something for everyone. Within that diverse collection of awesome, some books stand out more than others.

This week, it was genuinely difficult to single one comic out for my weekly quick pick. Every comic tries to stand out these days in some form or another. However, in that noble effort, the one comic I feel succeeded most was “Age of X-Man: Amazing Nightcrawler #1.”

It’s somewhat tricky picking a book that’s just a mini-series that’s meant to tie into a larger ongoing event, namely “Age of X-Man.” Anyone who follows comics, especially superhero comics that seem to have major event books every other month, knows that tie-in comics are often hit-or-miss. Most are misses, but “Age of X-Man: Amazing Nightcrawler #1” is definitely one of those rare hits. You don’t have to know everything about what’s going on with “Age of X-Man” and why the mutants of the Marvel universe are living in a world where giant robots aren’t trying to kill them. All you need to know is that the X-men now live in an alternate universe where mutants are celebrated, idolized, and respected. Thanks to the reality-warping power of Nate Grey, Charles Xavier’s dream isn’t necessary anymore.

Within that Utopian world, don’t just live in peace. They’ll full-fledged celebrities. Among the celebrities of that world, Kurt “Nightcrawler” Wagner is at the top. He’s basically this world’s Leonardo DiCaprio, Chris Pratt, and Hugh Jackman, all rolled into one. Considering how often his story revolves around people being afraid of his appearance, it’s a huge shift.

This isn’t a Nightcrawler who constantly runs from angry protesters who think he’s a demon in need of an exorcist. He’s an A-list celebrity, complete with managers, directors, fans, and a slight detachment from reality. I say slight because the story that transpires in “Age of X-Man: Amazing Nightcrawler #1” feels like something only a celebrity can experience. Writer, Seanan McGuire, is both coy and cunning in how she explores Nightcrawler’s life in this world. She even borrows from some of the dystopian imagery of the famous Age of Apocalypse story-line that was so iconic for the 90s era X-men. In this world, those dystopian fears aren’t an ever-present concern for the X-men. They’re just fodder for a movie.

In that world, Nightcrawler isn’t overly concerned about mutants being hunted and oppressed. For him, it’s a huge change of pace because in many of the X-men’s struggles, he finds himself on the front line of those conflicts. Look no further than stories like God Loves, Man Kills to see why he’s often the face of those conflicts.

In a sense, Nightcrawler is one of those mutants who has nothing to lose by fighting alongside the X-men. Even if mutants were outlawed and hunted, some of the more normal-looking mutants could escape easily and hide their status. He can’t do that because of his appearance. While that hasn’t stopped plenty of women from finding him sexy, it does define a big part of his character.

In “Age of X-Man: Amazing Nightcrawler #1,” the script is completely flipped. Now, Nightcrawler has everything to lose. He’s a beloved celebrity. Throughout the story, we see that he handles celebrity better than most. He’s not quite on the same level as Tom Hanks, but he’s close. It’s the kind of struggle that many celebrities deal with. They can have everything, but still feel empty inside. It’s part of what leads them to engage in self-destructive behavior. While Nightcrwaler is no Bojack Horseman, what he ends up doing could cost him dearly. Those who read “Age of X-Man” understand those stakes.

This is one of those rare books that portray an iconic character in a new way. Nightcrawler has always been one of the most likable, endearing characters in the X-men, if not all of Marvel comics. In a world where characters kill their own children, marry clones of their dead girlfriend, and inadvertently kill 5 billion aliens, Nightcrawler is a breath of fresh air.

For once, he’s in a position where he can make mistakes and lose more than just his place on a superhero team. He’s one of those characters who, through a mix of charisma and faith, always seems to do the right thing on instinct. Now, here he is, in a position to make big mistakes that cost him dearly.

It’s an intriguing story that puts a beloved character in an unfamiliar situation. If you’re a Nightcrawler fan, a casual X-men fan, or just think blue fur is sexy, “Age of X-Man: Amazing Nightcrawler #1” checks all the right boxes. Even if you’re just curious about what happens to superheroes in a non-dystopian world, this comic has a lot going for it.

While it’s unlikely that this utopian world will last indefinitely, it’s still interesting to see how certain characters handle themselves in such a world. So much of what defines them is a result of them always having to struggle. By living in a world where all is good, we find out who they really are. Nightcrawler is still lovable, but in the world of Age of X-Man, he’s got way more to lose than most.