Why Do We Root For Characters Like Bojack Horseman? 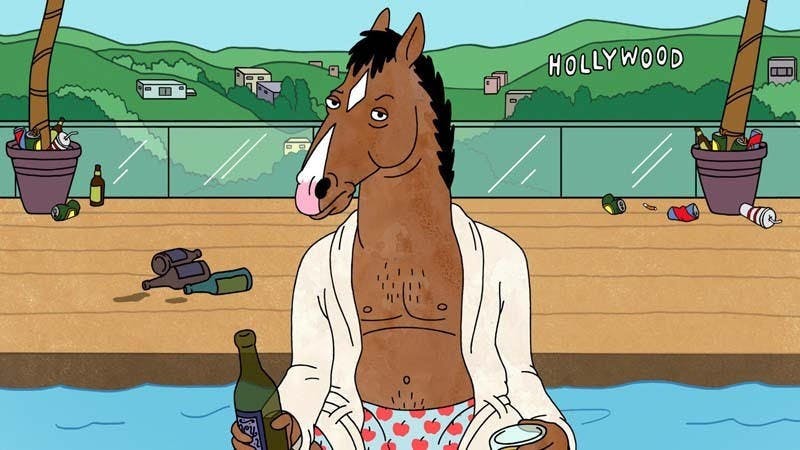 Why do we root for people who do awful things?

Why do we root for the crazed killer in a slasher movie?

Why do we celebrate anti-heroes over traditional, upstanding heroes?

Why do we want people who do irredeemable things to be redeemed?

These are questions are similar in that they have a common theme, but they apply to a wide variety of situations. It feels like those questions have become more relevant in recent years as the standards for quality TV, movies, and characters has risen, which I’ve called the Walter White effect. While it can make for compelling stories, the questions themselves have distressing implications.

I’ve found myself contemplating those questions more seriously after the final season of “Bojack Horseman.” While I love this show and have praised its themes in the past, the final season really pushed the envelope on how far a show could go in telling stories about broken characters.

There’s no getting around it. From the first episode to the series finale, it’s abundantly clear that Bojack Horseman is not a respectable person. He’s a self-centered, narcissistic, alcohol, ego-centric asshole who has hurt people, exploited people, and taken full advantage of his celebrity status. If we knew someone like this in real life, we would never root for them. We’d probably root against them.

However, as I watched this show over the years, I still found myself rooting for Bojack. In following his story, learning about who he is, where he comes from, and how he deals with his problems, I genuinely hoped that he would find some semblance of peace in the end. Even as his sordid deeds started to come to light in the final season, a part of me didn’t want to see him fall, especially when he’d made so many strides.

Bojack isn’t the only character with this issue. There are countless other characters in popular culture, such as Don Draper and Wolverine, who do many awful things throughout their story. I’m a fan of those characters, especially Wolverine. At the same time, I can’t ignore the fact that he’s done terrible things that are on par with Bojack’s crimes.

At the same time, I root for Wolverine. I also find it easier to root for him over Bojack because while Wolverine is largely a product of what others have done to him, Bojack is a product of his own awful decisions.

Bojack has no special powers or excuses, outside being a celebrity. He has his share of issues and circumstances, from verbally abusive parents to substance abuse to legitimate mental illness. However, throughout the show, he’s still the one who makes the choices that ultimately hurt him and his loved ones. Moreover, he spends a great deal of time avoiding the consequences or downplaying them.

This is why I think the final season of “Bojack Horseman” was so impactful. While I did often root for Bojack throughout the show, the final season made it a point to remind everyone of the terrible things he’s done. The show is brilliant in how it has everything collapse around Bojack, but not because of circumstance. Once again, his own terrible choices and endless excuses are what do him in.

Seeing him face real, actual consequences for his decisions helped give the show a sense of balance when it ended. Bojack didn’t have a happy ending. Very few characters did. At the same time, he wasn’t killed or endlessly punished. It just left him in an uncertain state where he faced consequences for his past choices. Now, he has to make new choices moving forward.

It’s not satisfying for anyone who’d been rooting for Bojack. At the same time, it’s cathartic for that part of us who wanted him to face consequences for the awful things he’d done. Even so, the fact we rooted for him in the first place is oddly jarring and I think it speaks to a part of our nature that’s difficult to understand.

On some level, I feel like people want to see horrible people redeem themselves. Redemption stories are powerful in both the world of fiction and the real world. I think it’s in our nature to want to see good in everyone, even when they’ve done awful things. The power and desire to forgive is real.

Those deeds are all things that Bojack did over the course of “Bojack Horseman.” There are many others, some of which he never faced consequences for. Even though he’s an extreme example, even by fictional character standards, we still root for him. We still want him to find redemption. I think that says more about us than it does about him.

Awful people will do awful things, but when we see them trying to make things better, it’s hard not to cheer them on. I believe its in our nature to want to see others be the best they can be. The challenge is balancing that inclination to root for them and the need to punish shitty behavior.

Bojack’s story is over, but there are plenty of other characters like him that we root for. It’s not wrong to root for them, but it’s important to maintain a proper perspective. Redemption can be a powerful story. However, can there be any redemption without consequences?

I don’t know the answer. If you have some insights, please share them in the comments.

One response to “Why Do We Root For Characters Like Bojack Horseman?”