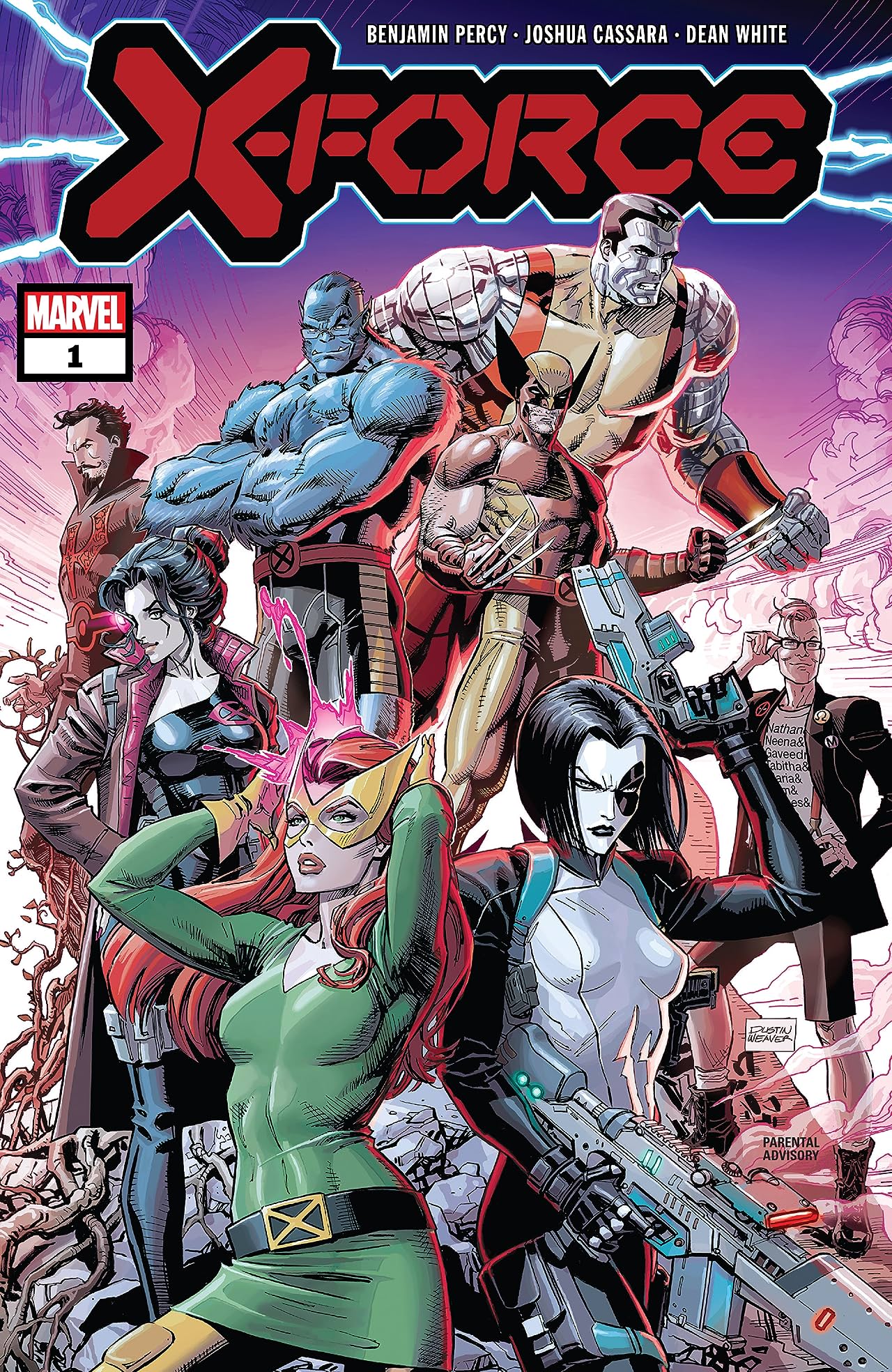 Even the cleanest communities need a functioning sewer system. That’s something that even the most wide-eyed, Utopian-seeking idealists understand. Throughout the history of the X-Men comics, Professor Charles Xavier and his X-Men have had to learn this lesson on many occasions. While they don’t outright abandon the idealism at the heart of Charles Xavier’s dream, they understand that less ideal methods are necessary.

That’s where X-Force comes in. Whereas the X-Men are the public photogenic faces of their heroic exploits, X-Force is the secretive, less scrupulous team that fights the ugly battles that need fighting. They are, in essence, the sewer system of Charles Xavier’s dream. Where heroes and idealism fails, they step in.

It’s a tradition that has gone through many eras, dating back to the X-Men’s heyday in the early 1990s. The threats and the circumstances have changed, but the tactics don’t. Even though the X-Men and the entire mutant race are in the best position they’ve been in since the Clinton Administration, there’s still a need for X-Force.

Writer Benjamin Percy, along with an impressive cast of artists, establishes the extent of that need in “X-Force #1” and does so in an appropriately brutal fashion. Charles Xavier may have set up an ideal environment for mutants to thrive, but that environment is still vulnerable to major threats who don’t stop at throwing killer robots at them. 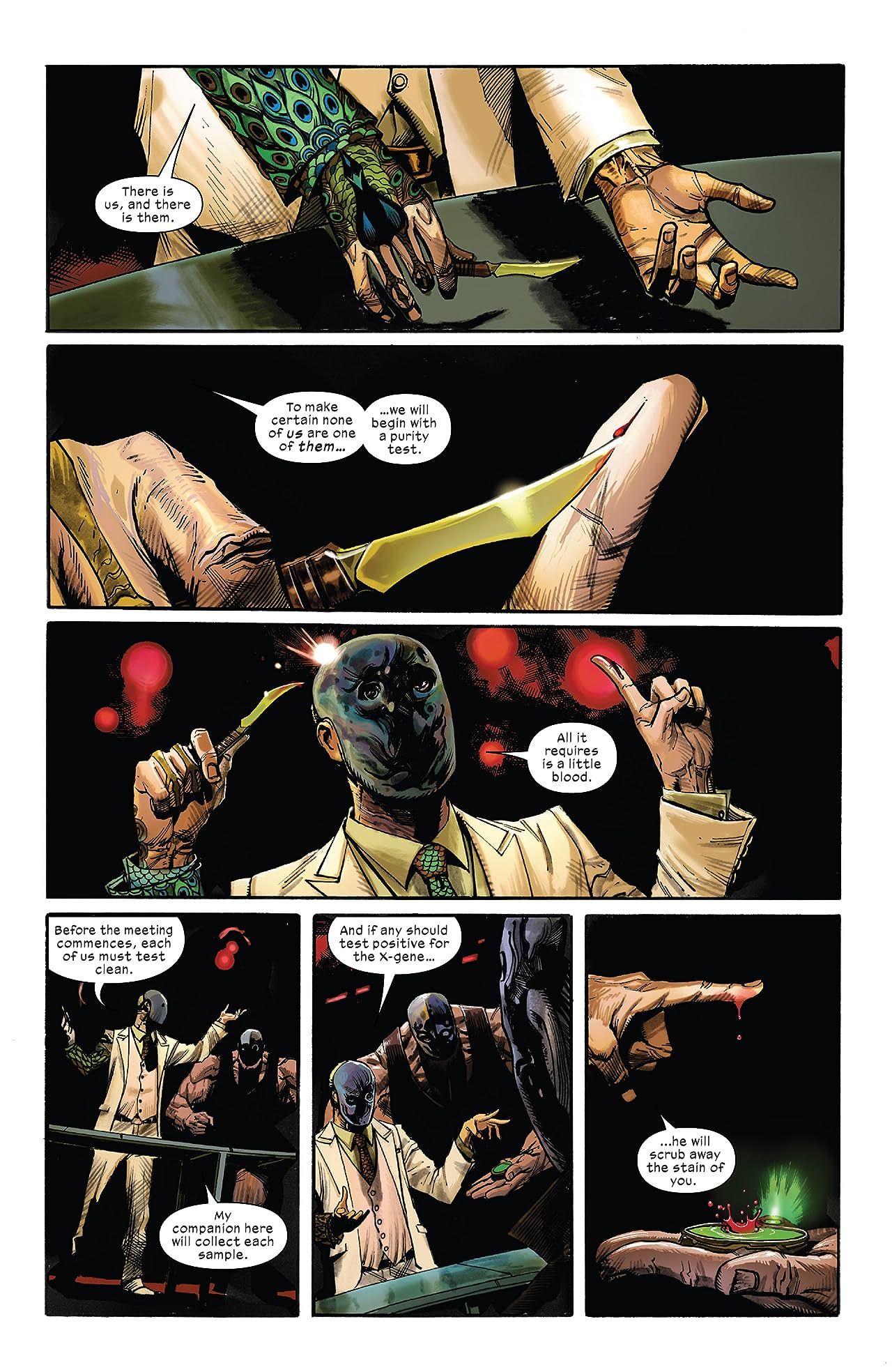 The nature of these threats are vague, as is often the case with X-Force, but their motivations are clear. The new order that Jonathan Hickman built in “House of X” and “Powers of X” has shaken up the geopolitics of the Marvel universe. Mutants are no longer a disorganized hodgepodge of scared mutants, costumed heroes, and Deadpool. They’re a sovereign nation with valuable resources.

While this has set mutants up to prosper like never before, it also makes them a much bigger target. Instead of hunting mutants in dark alleys, there’s an entire country full of them and not all of them have trained in the Danger Room. It doesn’t take long for a shadowy group of masked mutant-haters to take advantage of that.

Initially, it’s hard to know how serious this threat even is. There have been all sorts of shadowy organizations who wear funny masks and dream of slaughtering every last mutant with a smile.  A few have a notable place in the X-Men’s history. However, they’ve never had to face mutants that are this well-organized.

These aren’t just mutant struggling to survive anymore. They have a living island to protect them. They have standing in the international community and they didn’t even need to threaten the planet to get it this time. On top of that, they have powerful psychics, living weapons, and Emma Frost’s sex appeal on their side. How can anyone threaten them? 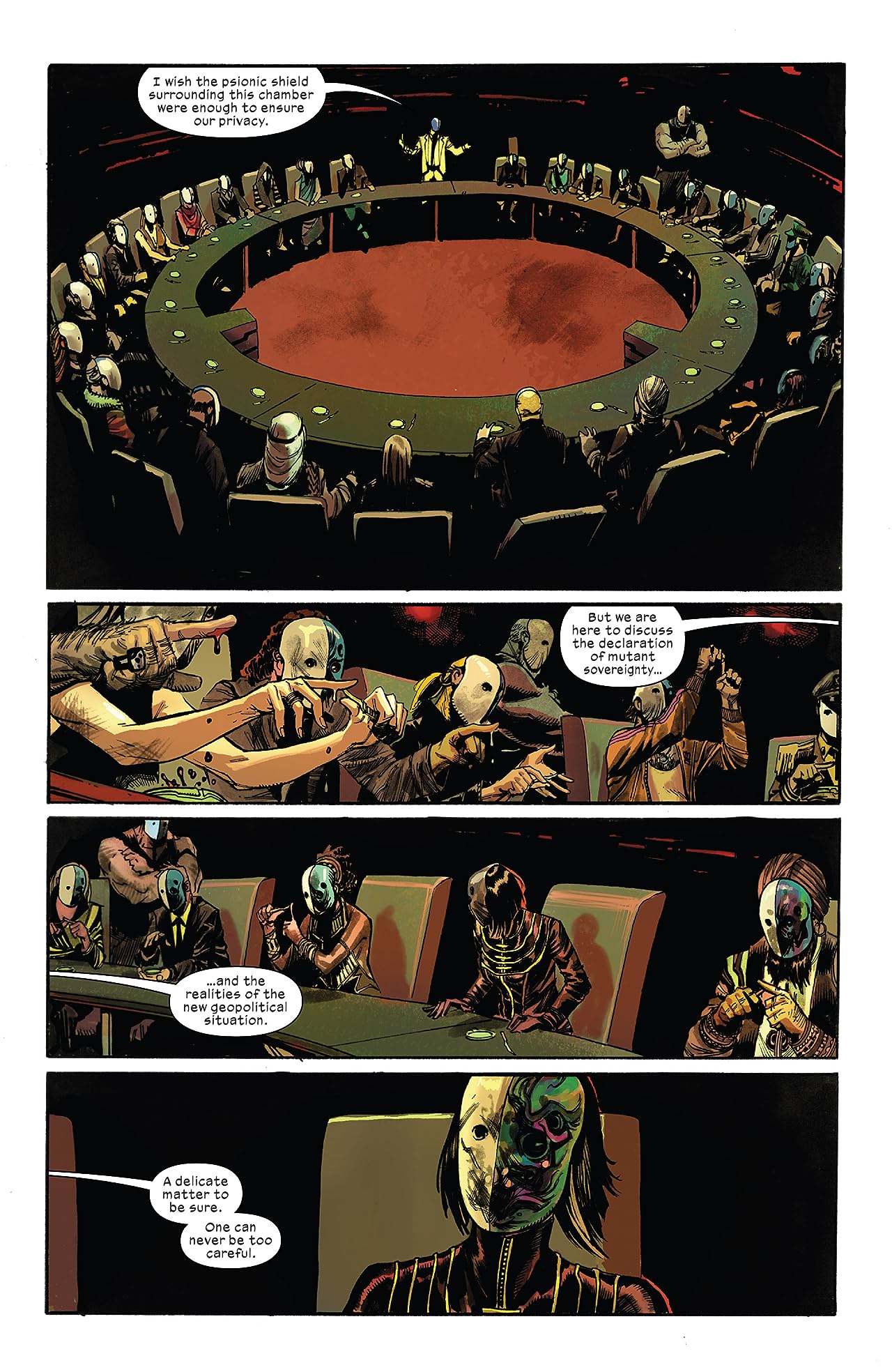 This is where “X-Force #1” really makes its mark. It doesn’t just set up a new threat for X-Force to combat. It shows that this threat is capable of hitting the X-Men where it hurts. Their elaborate defenses, their legions of powerful mutants, and their emerging place in the international community isn’t enough. They can still be attacked. They can still suffer casualties.

It’s a rude awakening, especially after everything Charles Xavier did to make Krakoa the ultimate haven. It’s also shocking at how successful this attack is. Even those who aren’t traditionally associated with X-Force, such as Jean Grey and Beast, see first-hand how devious their enemies can be.

It’s a harsh reminder that they’re still living in a world that isn’t swayed by their idealism. While some might have their attitudes tempered by diplomacy, life-saving drugs, and Wolverine’s claws, others won’t stop until they’re dancing atop a mountain of mutant corpses.

Those aren’t people that the X-Men can confront through heroic means. This is the kind of challenge that needs X-Force and their less-than-ideal tactics. The last page of “X-Force #1” makes that abundantly clear. The only question is how far are they willing to go in order to respond? 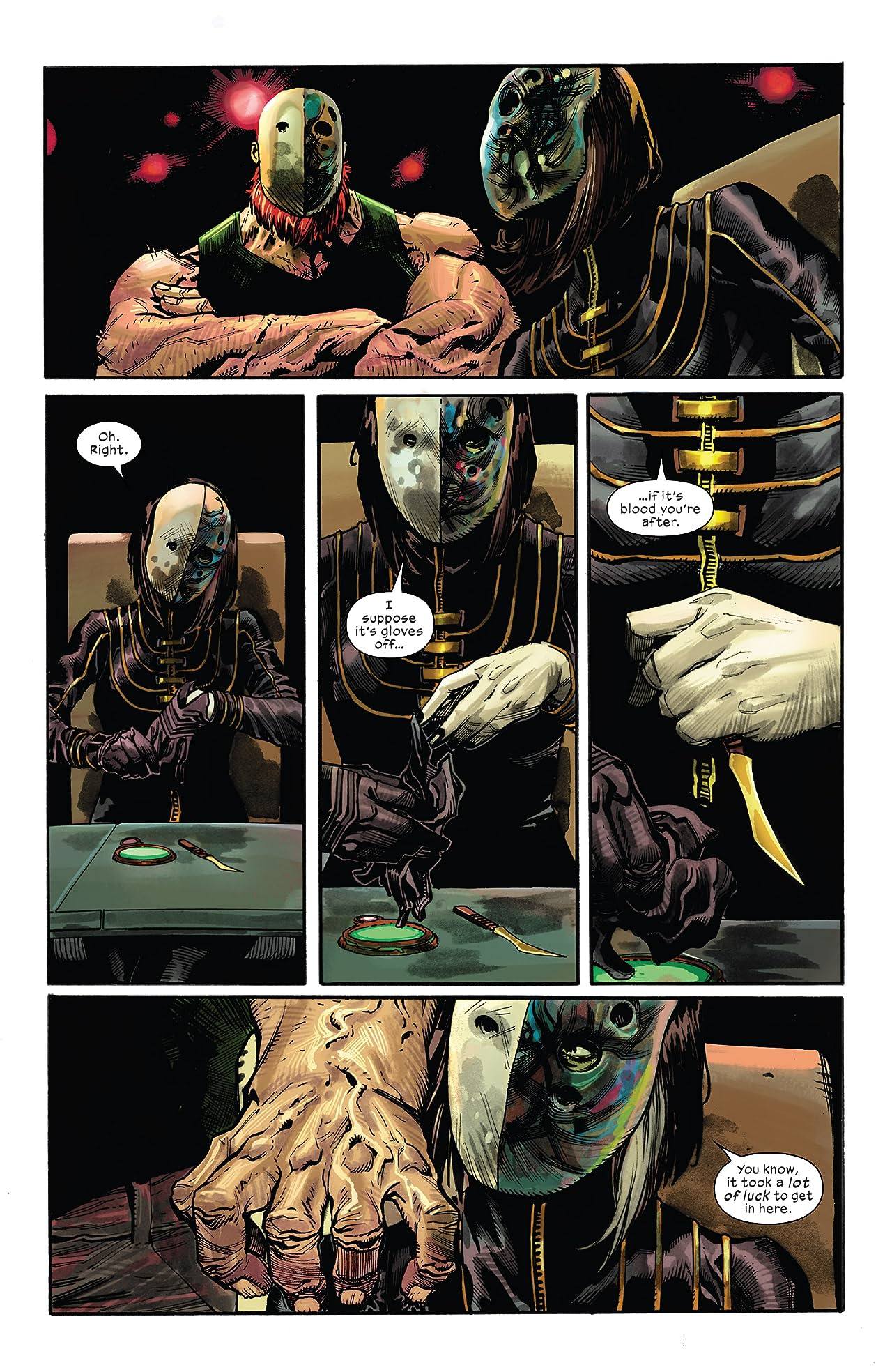 Through its many iterations, X-Force has always had a darker tone to go along with its darker themes. Percy captures that tone perfectly in “X-Force #1.” He crafts a story that isn’t entirely built around X-Force’s harsher tactics and the lines they’re willing to cross. More than anything else, the story reaffirms the need for X-Force.

It lays a foundation that includes characters who are no stranger to X-Force’s methods, such as Wolverine and Domino. It also sets the stage for other characters to play a role, like Jean Grey and Black Tom Cassidy. In other eras, these same characters would oppose the very existence of X-Force or actively fight against them. However, in this new emerging order with Krakoa, they cannot avoid it.

“X-Force #1” has most the defining traits that X-Force comics have always had. What makes it stand out is how it builds those traits around a world in which mutants have never had it better. This is as close as they’ve ever gotten to fully realizing Charles Xavier’s dream, but X-Force is still necessary.

It’s a sobering reminder. You could even argue that it’s a necessary reminder. After what happened on the final page, nobody in X-Force is going to forget that anytime soon.