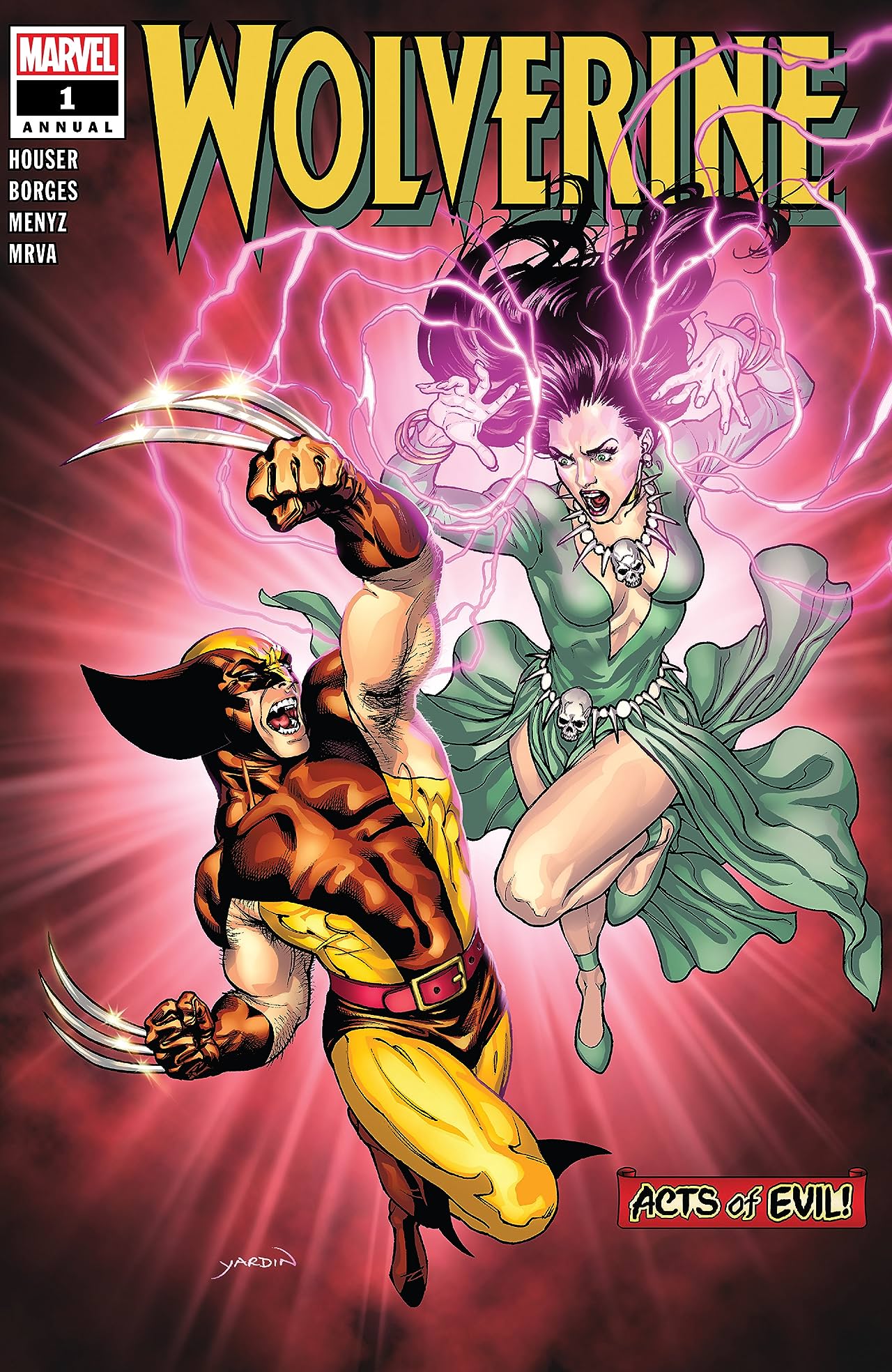 On the other end of that spectrum, though, are characters defined by their choices. They weren’t being mind controlled. They weren’t replaced by clones or blackmailed by a villain. They do what they do out of choice. When you’re Superman, that helps make you an iconic hero and a paragon by which all others are measured. However, when you’re someone like Wolverine, those same choices only complicate his standing as a hero.

To say that Wolverine has made some questionable choices over his long and colorful history would be like saying Deadpool has a quirky sense of humor. Whether he’s Logan or James Howlett, he’s not some tragic figure of circumstance. He makes choices, they screw him over, and then he makes things worse by stabbing things.

There are many stories that demonstrate Wolverine’s questionable decision-making process. “Wolverine Annual #1” is just the latest and writer, Jody Houser, once again demonstrates why Wolverine’s journey to being the best there is at what he does tends to get so messy. On top of that, it’s his own damn fault.

It helps that annual comics are among my favorite types of comics. They’re just simple one-shots that tell a single, self-contained story. For a character like Wolverine, these stories don’t always follow the traditional superhero narrative. 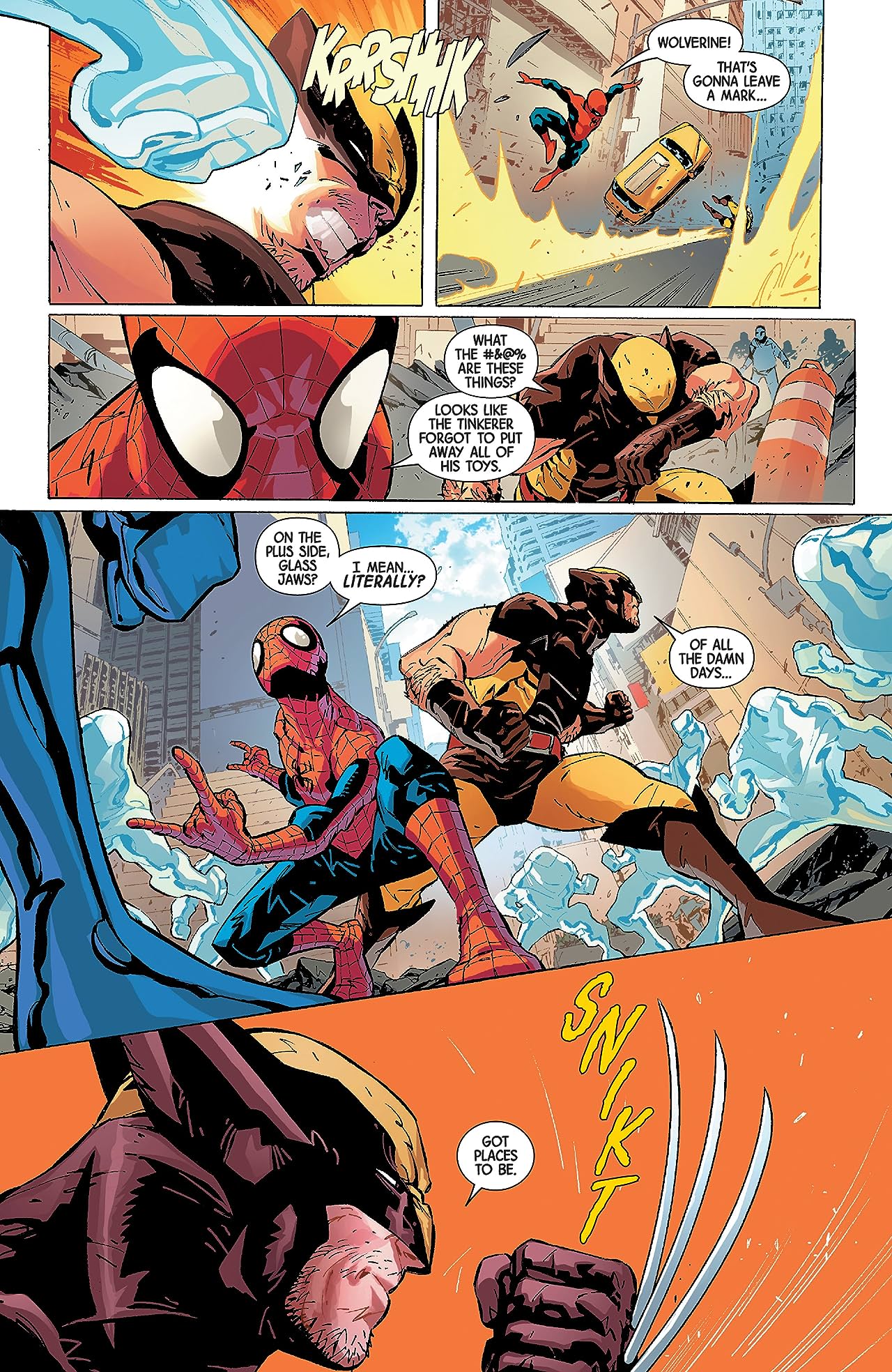 The first act effectively establishes Wolverine in the present time. At this point in his journey, he’s a full-fledged hero. He’s a member of the X-Men. He has close ties to the Avengers. He also occasionally teams-up with Spider-Man and resists the urge to stab him. By most measures, his status as one of Marvel’s top tier heroes is secure.

It’s in the same context that Houser digs a little deeper into Wolverine’s colorful past. Like so many other parts that got bloody, this is one he deeply regrets. As he often tries to do, with varying degrees of success, he confronts it. Things only get messier from there, but in the best possible way.

Throughout his history, Wolverine has always been in danger of becoming that person. His status as a major superhero shows that he avoided it. Not everyone was as lucky and that’s where Celia Stroud comes in. 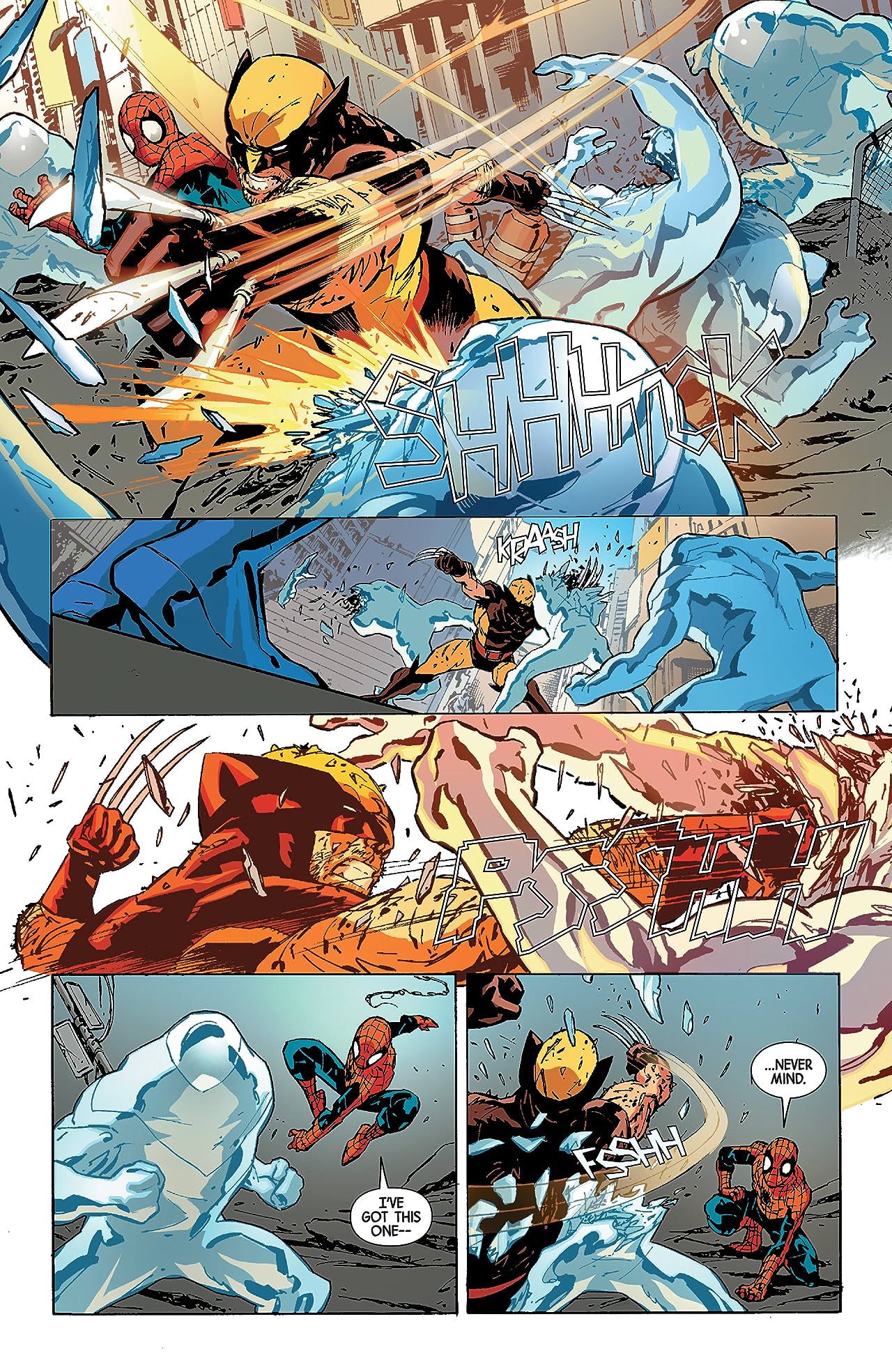 On the surface, her story has all the traits of the many other women who got romantically involved with Wolverine and suffered because of it. They got together. Things got heated. They decide to leave where they are and build a new life. Then, things get messy. Usually, that means things get bloody and stab-happy as well, but that’s not entirely the case in “Wolverine Annual #1.”

Granted, there is plenty of stabbing and plenty of bloodshed. However, how it plays out is very different from the typical Wolverine-fueled tragedy. He still makes questionable choices, but it’s Celia Stroud’s choices that gives this story such a unique impact. Houser sets up Wolverine to face a similar backlash to his choices, but this time, his choices aren’t the most questionable.

It’s still tragic in a sense, but not in the way most Wolverine fans have come to expect from his stories. Celia Stroud comes off as the kind of character who seems destined to be corrupted by Wolverine. She’s romantically involved with him and history shows that rarely ends well.

Then, her questionable choices are revealed. For once, Wolverine’s judgment isn’t the worst. While there are other forces involved, her choices are still the thing that gives “Wolverine Annual #1” its impact. I won’t spoil the details. I’ll just say that “Wolverine Annual #1” puts Wolverine in an unfamiliar position. Once again, he tries to confront his past. Once again, it doesn’t give him the closure he seeks. However, it’s not entirely his fault. If anything, he’s the only one who takes responsibility for his choices. For someone with his sordid history, that’s saying something.

When I read the first half of “Wolverine Annual #1,” I thought I knew how things were going to play out. I was pleasantly surprised by how Houser switched things up. It wasn’t overly shocking. It wasn’t one of those cases where a story went out of its way to subvert expectations, as has become so popular in recent years. It just told a different kind of Wolverine story and still found a way to make it work.

Wolverine is never going to be the kind of character who conducts himself like a paragon of virtue. It’s just not his style. He’s also never going to stop making bad choices. It’s just the nature of his personality. That’s a big part of what makes his story and his legacy so compelling.

“Wolverine Annual #1” adds another chapter to that story. It also makes the case that other people in Wolverine’s life are just as capable of making bad choices and getting stabbed with adamantium claws isn’t the only possible consequence.