If history has shown us anything about the power of the human libido, it’s that people will find a way adapt their passions, even within strict, regressive situations. They did it during the pre-modern, pre-literate ancient eras from the Middle East to China. They did it during the he exceedingly prudish eras of the Puritans and Victorian England. They even find a way to do it today under brutally repressive regimes.

Love, sex, and everything in between finds a way. Even those who claim we’re in the midst of a full-fledged sex panic where the mere act of touching someone on the shoulder constitutes full-blown assault can’t deny that the human race has navigated such periods before. We literally wouldn’t be here if we hadn’t.

Even so, it’s still distressing to see a world that feels increasingly sensitive to certain desires, expressions, and attitudes. Between recent sex scandals and the noble, yet sometimes misguided efforts to combat sexual misconduct, it seems as though we’re entering a sexually regressive period where men and women can’t interact with one another out of fear that they’ll get labeled a sexist, a bigot, or something of the sort.

It may get worse before it gets better, but I believe we’ll find a way to navigate it. That’s not just me being an optimist. That’s me, the aspiring erotica/romance writer, acknowledging that our capacity for passion is difficult to contain. You can shame, scorn, and condemn it all you want. You’re never going to stop it.

As it stands, the current methods leave a lot to be desired, both literally and figuratively. I’ve already mentioned how the disconnect surrounding consent and the paradox of traditional romance aren’t that conducive to fostering intimate and romantic bonds. It still works for some, but I doubt it’ll work enough for coming generations, especially when those generations have so many emerging quirks.

As such, I’m going to take a step back and present a potential, but unorthodox recourse. It’s not a prediction. It’s not even all that radical because it’s happens already. I’ve already mentioned it before, but now I’m offering it as a more serious solution to an ongoing issue.

I’m not implying that this is the future or the only solution for a society that may or may not be getting more sexually uptight. I’m simply suggesting the evolving social, cultural, and sexual landscape may very well make open relationships more viable, if not entirely pragmatic. 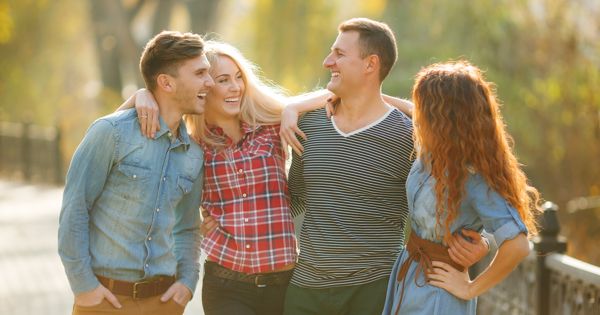 My Wife And I Are Swingers: Here’s What It’s Actually Like

The particulars aren’t quite as lurid as you think. It’s not necessarily something you’d find in one of my novels. However, there are a few themes that make a functional open relationship a better fit for the current year than what we’ve had in the past. Here are just a few of the traits.

Take a moment to go over these traits and then assess them within the context of the ongoing movement to combat sexual misconduct. In terms of creating a more equitable, robust relationship between partners, this sort of dynamic checks most boxes by default.

Good open relationships need a lot of communication. A major aspect of the current anti-harassment movement involves confusion regarding standards of consent. That’s a challenge when that very concept is still debated among some circles. There are instances where nobody is even sure what constitutes consent and it has ruined lives, as a result.

Open relationships don’t just belabor consent. They belabor all aspects of negotiating sex, romance, and intimacy. Those involved in functional open relationships understand the dynamics. It leaves less room for ambiguity and misunderstanding. That, in and of itself, is vital for those concerned with consent.

Beyond consent, open relationships require degrees of trust that are antithetical to notions that everyone of a particular gender or group is a monster. You really can’t have that kind of assumption with someone you trust in an open relationship. You have to actually believe in the love and lust they demonstrate for you. Otherwise, the relationship doesn’t work, regardless of whether it’s open.

For both opponents and proponents of the anti-harassment movement, these are critical elements to a successful relationship. They’re just a lot more emphasized in an open relationship. By emphasizing them, it’s easier to mitigate the ambiguities of evolving sexual norms. At a time when everyone is worried about being harassed or being accused, an open relationship already uses the necessary tools.

Beyond the practical and social aspects of open relationships, there are other unrelated forces at work that may make them more viable. In years past, open relationships were still prone to the same risks as general promiscuity. There was the risk of diseases, unplanned pregnancies, and all sorts of unsexy health issues.

Emerging technologies in the treatment of diseases, such as CRISPR and smart blood, combined with advances in contraception, like Vasalgel, and those risks are either minimized or eliminated. The concerns that might have kept some people from ever trying such a relationship won’t be an issue at some point, meaning open relationships could become a viable option to more people.

The circumstances are either already present or beginning to emerge. Add the growing use of social media to existing open relationships and the particulars become even more feasible. Emerging generations are already demonstrating an uncanny ability to forge connections in new ways. This could be one of them, albeit one made necessary by larger cultural forces.

Now, I’m not under the illusion that the practice of open relationships will benefit everybody. I don’t deny that there are some people who either just cannot handle open relationships or simply favor monogamy. There’s nothing wrong with that. In fact, those relationships need not be taboo or counterproductive to the never-ending effort to forge meaningful bonds. They should just be part of a more diverse tool kit.

There are still a great deal of unknowns, both in terms of how society handles open relationships and how society adapts to changing cultural trends. I imagine that certain divorce laws and marriage laws would need to be modified to accommodate these sorts of relationships, but that’s largely a bureaucratic matter that can be addressed with the proper application of well-paid lawyers.

However anyone might feel about the merits of open relationships or their feasibility in our current society, I think one thing is clear. Our current approach to forging romantic and sexual connections is not sufficient. The movement against sexual misconduct wouldn’t be necessary if it were.

That same movement isn’t going away anytime soon. It’s also going to result in plenty of changes to our culture and society, for better and for worse. It’s just a matter of how we adapt to them and, in the never-ending quest to fulfill our romantic and intimate desires, we’re going to find a way at some point. Of that, I’m certain.