What does it say about the state of our culture, our society, and our sexuality when every week seems to bring a new sex scandal to light? That’s not a rhetorical question, by the way. That’s a question that many are trying to answer. I’ve certainly tried to answer parts of it, but with every new scandal, that effort gains a new complication.

By now, most people know the famous names, the ruined careers, and the sordid extent of the allegations. Names like Harvey Weinstein, Louis C.K., and Bill Cosby are now etched into the public consciousness for all the wrong reasons. The outrage and anguish surrounding their egregious actions evokes all sorts of passions.

It eventually culminated with Time Magazine recognizing the women who brought these scandals to light as the collective person of the year. For the most part, these women have been hailed as brave and strong for coming forward and exposing these crimes. It’s because of them that these powerful men can no longer hide their misdeeds, which is a good thing.

I don’t deny the importance of what these women have done. They’ve helped kick-start a movement that has made people more aware of these egregious crimes. It’s because of those efforts that even powerful people who are inclined to use that power to exploit women can’t hide from the consequences of their actions. In the name of furthering a just society, I think that’s a good thing.

However, and this is where I know I may upset some people, there’s a part of that effort that’s still incomplete. There’s a missing piece of this ongoing battle against sexual misconduct, one that has the feel of a very subtle, but deeply distressing double standard. Having talked about the less obvious double standards in our society, I feel like the extent of this one is only growing.

Recently, a fresh sex scandal came to light involving another powerful name in Hollywood. Bryan Singer, the accomplished director behind “The Usual Suspects” and the architect of the X-men movie franchise, has been accused of raping a 17-year-old boy. We’re not talking about loose bath robes, groping, and shady casting couches. This story involves full-blown rape.

It’s not the first time Singer has been accused of sexual misconduct. To date, he hasn’t been proven guilty in a court of law, which is an important detail to note. False accusations do happen and people in positions of power, like Hollywood, are easy targets.

I’m not going to speculate how true or exaggerated the accusations against Singer are. The details are still not clear and information is still coming out. However, there’s an important element to the news of this scandal that’s worth pointing out.

Unlike the scandals with Weinstein and Cosby, the victims in this case weren’t women. They were men. If you don’t think that matters, then take a second to recall the reactions to other scandals.

When the sordid stories about Weinstein came out, they generated all sorts of outrage. It was a hot topic on the news, social media, and even “Family Guy” jokes. The fact that these men did such disgusting things to women got a lot of people talking. However, when the victims are men, the narrative is different.

Before Bryan Singer, the only notable scandal involving men was that of Kevin Spacey. However, the outrage he generated had less to do with the gender of his victim and more to do with how he used the scandal to come out as homosexual. That upset people, but the alleged crime he committed against his male victim became an afterthought.

This is where the double standard gets uncomfortably apparent. We, as a society, agree that assaulting and harassing women is a terrible crime. We rightly condemn it. However, when it happens to a male victim, and it happens more often than we think, we’re not quite as vocal with our outrage. It’s still a crime. It still involves exploration and pain. When the victim is a man, though, we don’t see it the same way.

I’ve highlighted this to some degree with a thought experiment. However, it plays out in other ways throughout our culture. Stories about women being victims are often harrowing and brutal. Stories built around male victims of sexual assault, though, can be comedies starring Will Ferrall and Kevin Hart.

There are any number of reasons as to why that is. Male victimization, especially in matters of sexual misconduct, carries with it some unique taboos. There’s this idea that men, being the ones with more power and influence in this world, can’t be victims in the same way as women. Never mind the fact that the pain any victim feels is real, regardless of gender. We still treat one victim differently than another.

It plays into this notion that men are just supposed to shake off that kind of victimization and women need some sort of special treatment. In a sense, it’s insulting to both genders and obscures the actual substance of the crimes involved. Whereas there’s an entire movement behind the effort to combat sex crimes against women, the crimes against men just fall to the wayside.

That’s not to say it’s being completely ignored. Some are making an admirable effort. Corey Feldman, a former child star, has been among the few celebrities who have been outspoken about the abuse young men have suffered in the entertainment industry. Terry Crews, a successful actor and former Old Spice Man, has spoken out against it as well.

However, to date their efforts haven’t generated the kind of notoriety and outrage as the movement to protect women from these same crimes. Their voices are often drowned out by other scandals that fit into this overall narrative of creepy, sinister men in power exploiting women.

For reasons that are too voluminous for one blog post, the narrative surrounding scandals like that of Bryan Singer aren’t quite as enticing. The notion of a powerful man victimizing another man just doesn’t come off as the kind of struggle that makes everyone feel more virtuous by joining. 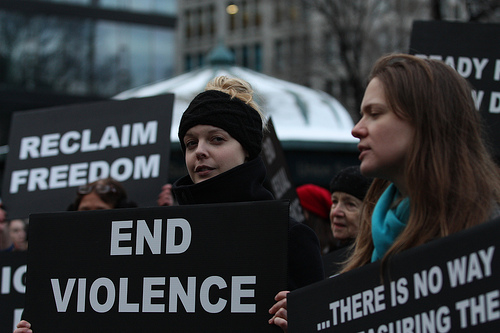 It certainly doesn’t help that the taboos surrounding these scandals also mix with other taboos involving homosexuality. Those attempting to take a stand against male victimization have to be careful with their outrage because if they don’t, they can get labeled as a homophobic bigot and that’s not the crowd most people want to be part of.

In a sense, voicing outrage against the female victimization is easier and safer. There’s little ambiguity. A powerful man victimizing a vulnerable woman has clear, defined lines of injustice. The only emotions we deal with are those involved with our aversion to injustice.

With male victims, those emotions are still there, but they’re complicated by these uncomfortable ideas that don’t fit that narrative. It goes beyond double standards in that it requires us to contemplate the kind of crime that we don’t want to believe happens as often as it does. That mentality is downright dangerous because it creates the sense that some victims are more important than others. Whereas a female victim will get all the love and support that hashtags and talk shows can offer, male victims have to fend for themselves. That’s a problem because fighting the same injustice with different standards is an injustice in and of itself.

The allegations against Singer remain to be proven and may end up being false, but the fact that this scandal doesn’t carry the same weight as others involving women reveals that ongoing efforts to combat sexual misconduct are incomplete. Until some of these double standards are confronted, then the injustice will continue.

11 responses to “Bryan Singer, Harvey Weinstein, And The Double Standards Of Sexual Abuse”