As a general principle, I don’t like mentioning certain politicians by name. That’s because to mention them is to give them more attention than they deserve and, as I’ve pointed out before, attention is the life blood of both the internet and the trolls that make it awful.

I only ever get specific once their propensity for bullshit reaches a level of absurdity and hilarity that both sides of the political spectrum can laugh out. That’s why I’ll drop names like Rick Santorum and Bernie Sanders. If they didn’t exist in real life, they’d probably exist as cartoon characters that Seth MacFarlane made up.

With that in mind, I have to say I’m shocked that I can add Ted Cruz to that list. In terms of politicians, there’s not much about him that makes him deserving of attention. He’s a cut-and-paste conservative republican who espouses everything you’d expect a guy who once called same-sex marriage a threat to liberty and makes one too many Nazi comparisons when he talks about health care.

It’s for that reason why nobody should be surprised that he’s as sex-negative as they come. While he was the solicitor general in Texas, he ardently defended a state ban on sex toy sales. He even went so far as to make this unsexy statement.

“There is no substantive-due-process right to stimulate one’s genitals for non-medical purposes unrelated to procreation or outside of an interpersonal relationship.”

Try to read that without cringing. I dare you. This is a man who honestly sided with people who believed in using taxpayer money and policing power to discourage people from touching their own bodies in ways they might enjoy. It’s enough to make the Ron Swanson in all of us fume. Now, as funny as this is and as detestable as Ted Cruz may be to anyone who enjoys stimulating their genitals, there’s a good chance the man may be completely innocent here. He has already gone on record as saying that a staffer managing his social media account liked the video and not him. Given how common that practice is among politicians, that’s the most likely scenario.

That doesn’t make situation any less hilarious, nor will it stop the onslaught of reactions from people calling Ted Cruz a hypocrite and a fraud. Given how much we, as a society, detest hypocrites, even from those from the non-political class, that’s understandable. Hypocrites are the epitome of everything that makes a human being unlikable.

However, in this case, I think the reactions to the hilarity may do more harm than good. Please don’t take that to mean I’m defending Ted Cruz, nor am I making excuses for him. I am not a big Ted Cruz fan. I would not vote for him to be my local dog catcher, let alone a politician of any standing.

You could probably say the same about a lot of ardent conservatives like him, whose party gets a boatload of money from anti-sex, anti-porn, anti-fun organizations like the Family Research Council. What they say in public doesn’t always reflect what they believe in private. 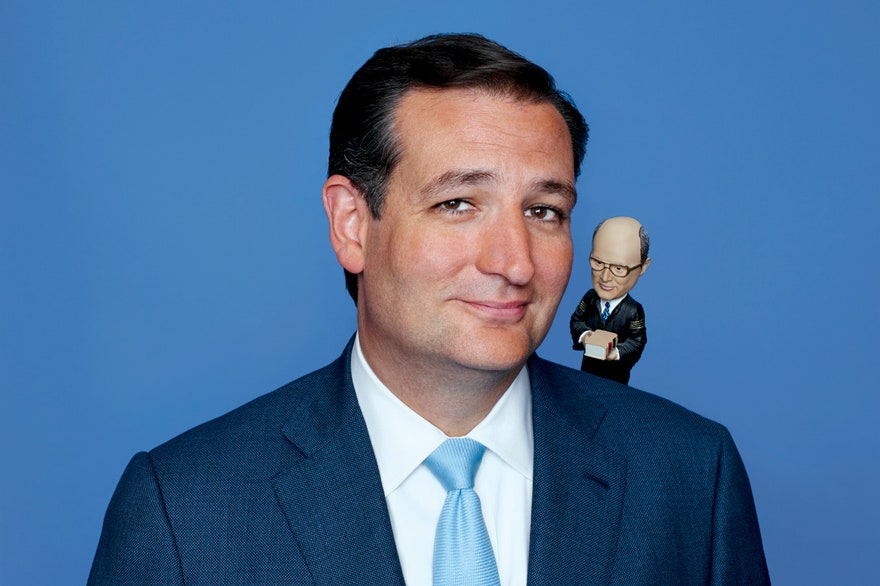 Let’s not get too high and mighty here. If someone paid us enough money, then we would probably say all sorts of horribly unsexy things as well. I don’t deny that if someone gave me millions of dollars to only write novels that would appeal to Mormon clown enthusiasts, I would do it in a heartbeat.

That, I feel, is a mistake because Ted Cruz is not Ted Haggard. Haggard got caught red-handed in a way he could not blame on a lazy staffer. In Cruz’s case, it’s very likely that this was just some staffer with too much free time, not enough coffee, and badly in need of a good orgasm. Attacking him for something he probably didn’t do makes us the assholes and not him.

For someone like Ted Cruz, who still wields real power and has real influence over public policy, mocking him isn’t going to change his mind about anything. If anything, it may make him that much more eager to send police into peoples’ houses to make sure they’re not pleasuring themselves. People get unreasonable when they’re mocked, especially when it’s not warranted.

That approach is every bit as asinine as anything Ted Cruz has been part of. In fact, I dare you to find any person of power that ever changed their mind because of mockery. Men like Cruz should be challenged, but part of that process involves actually respecting them enough understand their situation. That’s harder for certain people, especially politicians who are beholden to donors.

It’s hard, frustrating, and not nearly as funny, but when our sex lives are at stake, I think it’s worth enduring. It might not be possible to persuade a man like Ted Cruz that his attitudes towards sex are wrong, but by being assholes about it, we’re doing a disservice to those who can be persuaded and for all the right reasons. In the end, that benefits both our sex lives and political discourse.