Do We Expect Too Much Of Our Lovers?

When it comes to our ideal lover, most of us know what we want. In fact, what we want should be pretty damn clear, given that it’s laid out perfectly in every song ever made by Taylor Swift, the Beatles, and the Backstreet Boys.

Try and look at those demands without the aid of music or screaming fans. Read over them carefully. Think about them without imagining someone like Taylor Swift or Paul McCartney making them sound so sweet and appealing. Is that really a reasonable expectation to put on any human being, no matter how much you love them?

That’s a serious question that too few want to ask, let alone answer. Most people would rather listen to more sappy love songs and entertain fantasies of that perfect, ideal, completely devoted lover. Then, we’re somehow shocked and disappointed when we can’t find someone to be that devoted.

Setting aside, for a moment, that we don’t live in one big One Direction music video, this feels like one of those things where it’s impossible to see the forest from the trees and vice versa. It’s not just that popular culture has established so many unrealistic expectations about love, sex, marriage, and everything in between. There’s a certain disconnect in these expectations that seem to undermine the very concept of love.

This is one of the few disconnects that is pretty much the same for men, women, and those of unspecified gender. Men want a woman who is as devoted as Mother Teresa, but fucks like Jenna Jameson. Women want a man with status of a French aristocrat, but with the sexual prowess of Wilt Chamberlin. We may as well be asking for rich schizophrenic supermodel Olympian and there are only so many of those in the world.

This wholly unreasonable criteria also undermines some fundamental components of what love is and how it’s actually practiced in the real world. Wanting someone who is that devoted and that endowed doesn’t fit the profile of a mutual lover. It fits the profile of a super-powered butler/fuck buddy.

I know this may sound like the pot calling the kettle black because I write erotica/romance novels where some of those unreasonable expectations are explored. Some of my books deal with lovers who seem to check all the right boxes for each other. Some even involve actual superhuman abilities in matters of sex and love. I fully acknowledge that disconnect.

To answer that, we need both caveman logic and a bit of context. In terms of context, we need to remember that up until the 18th century, most marriages and sexual partnerships were arranged and not chosen. In the same way we didn’t get to choose our parents, we didn’t get to choose our spouses either. Two family just got together, signed a contract, and that was as romantic as it ever got.

This worked fairly well for the many centuries wherein most of the human population lived on farms, barely knew anyone outside their small town or village, and were ruled by regional kings or despots. Then, we collectively decided that people should be able to choose who they marry, love, and spend their lives with. It’s actually more radical than it sounds and not in the Ninja Turtles sort of way.

Before this shift, the expectations were as low as the quality of an old Roger Corman movie. Your family picked your spouse. You’re then legally allowed to have sex with that spouse. If you’re lucky, you’ll enjoy it, but you kind of have to do it because the farm needs new workers and the local army needs new soldiers. The orgasms, if they come, are just a very nice bonus. 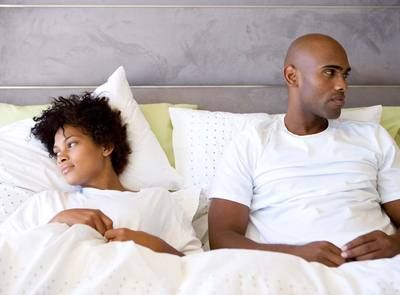 These being the expectations, it wasn’t hard to exceed them. Sometimes, arranged marriages do result in love. However, like orgasms, that’s a bonus and not an expectation. These days, we don’t just expect love and orgasms. We expect a goddamn superhero as our lover.

This gets even more ridiculous when you inject a little caveman logic into the mix. Out of necessity, our caveman ancestors operated in hunter/gatherer societies. One of the many key components of this society is that there could be no one superhero, white knight, or alpha male. Small bands of humans had to cooperate, share, and help each other.

This means two people and their children aren’t going to survive as well as a few dozen closely-knit groups. That two-person unit is just one stray bear attack away from being wiped out. With a tribe and a group, they’re better able to adapt and protect each other.

Why is that important? For one, it establishes a different set of expectations and those expectations extend to lovers, spouses, and children. Hunter/gatherer societies are fairly egalitarian in that one gender can’t treat another like a glorified pet and expect to survive. They need everyone to contribute. They need to be equals so they can share both resources and responsibilities.

This kind of balanced sharing doesn’t exactly jive with the “You Are My Everything” narrative that every Barry White song loves to convey. In fact, outside of an occasional X-men comic, a relationship of equals wherein neither partner does anything and everything for the other just isn’t seen as sexy enough.

I beg to differ. I believe this is the sexiest way that love and intimacy can manifest between partners. Whether they’re gay, straight, monogamous, or polygamous, a relationship of equals can accomplish more than any song, movie, or sitcom. If anything, those narratives only skew our expectations.

Look at any TV show or movie, be it animated or live-action, and the “happy” couple involved have the same problems. They can’t always deal with each other’s shit. They struggle to satisfy one another. In some cases, as in one particular sitcom, the differences are so toxic that the relationship would be downright unhealthy in the real world.

I know media tends to skew reality horribly, but it also creates the perceptions on which we build our expectations. If those expectations continue to fail us, then what are we to do? Are we setting ourselves up for romantic and sexual disappointment?

I try to take a more optimistic outlook on human affairs, even in matters of love and sex. I do think our expectations are changing, albeit slowly, and there’s only so much that music, TV, and movies can do to add luster to these lofty expectations.

The fact that there is a market for a relationships of equals, even if it is just an X-men comic, gives me hope that we as a species will find a way to improve our ability to love and be intimate in all the right ways and, most importantly, for all the right reasons.

2 responses to “Do We Expect Too Much Of Our Lovers?”