In general, I’m a pretty optimistic person. I look at the future with a sense of hope and wonder. That’s why I enjoy writing about futuristic technology. It allows me to speculate on the amazing things that the future may bring us.

Then, a global pandemic hit. After several months of progressively bad news, my optimism is on life support. That’s exactly why I value New Comic Book Day more than ever.

Now, I’m not sure it’s enough. Don’t get me wrong. I still love waking up early on Wednesday morning, checking into my Comixology account, and reading a stack of new comics with a hot cup of coffee in hand. It’s still one of my most cherished pleasures, especially after the industry got going again.

That said, every day brings awful news that just keeps compounding. This is not a war, a scandal, or even an election. This is a pandemic and it’s getting worse, just as we thought it was starting to get better. It has significantly changed my hopeful outlook on the future, but it hasn’t changed my love of New Comic Book Day.

I hope it’s enough to get me through this dark time. I’m usually confident that it will. Now, I’m not sure. At the very least, I’m ready to take a break from all the awful news and share my pull list and pick. I encourage everyone else to use this as a reprieve, even if it’s brief.

My Pick Of The Week
DCeased: Hope At World’s End #4 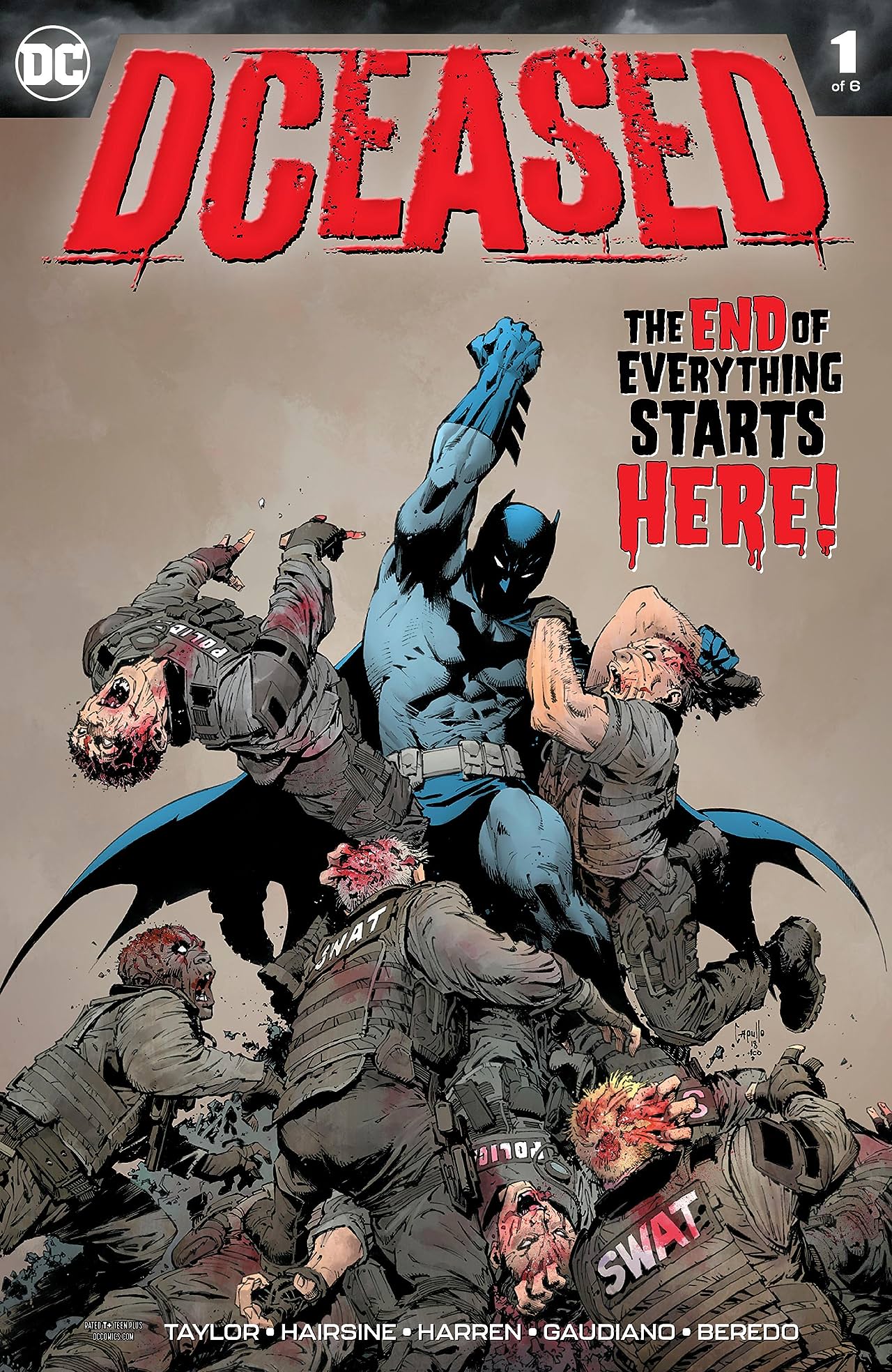 It’s Wednesday and for comic book fans, it’s basically a holiday that doesn’t require decorations, greeting cards, or annoying commercials. Every week brings something new and with many people still recovering from the impact of “Avengers Endgame,” myself included, the world needs something to help us move forward.

With that in mind, this week’s quick pick offers something that is the dramatic antithesis of a bittersweet ending to an 11-year movie franchise. “DCeased #1” is not the kind of story that will lift your spirits or trigger tears of joy. It’s a different kind of story that seeks a different impact and, much like “Avengers Endgame,” it succeeds.

The story does not build heavily on recent events in the world of DC Comics so if you haven’t kept up, you won’t be too lost. It’s very much a self-contained story that takes a particular concept that’s unique to the DC Universe and twists it in ways it has never been twisted. The results are brutal, terrifying, and a sight to behold, albeit a morbid one.

Writer, Tom Taylor, has a rich history of taking certain concepts within the superhero genre and re-imagining them in new, compelling ways. He did it with his criminally underrated run on “Superior Iron Man” and “DCeased #1” definitely has traces of those themes.

It starts with something familiar. The Justice League has once again defeated Darkseid. In terms of standard operating procedures in the DC Universe, that’s akin to paying your taxes or getting your driver’s license renewed. However, this typical triumph isn’t the end of the story. It’s just the beginning and it gets very dark, very fast. 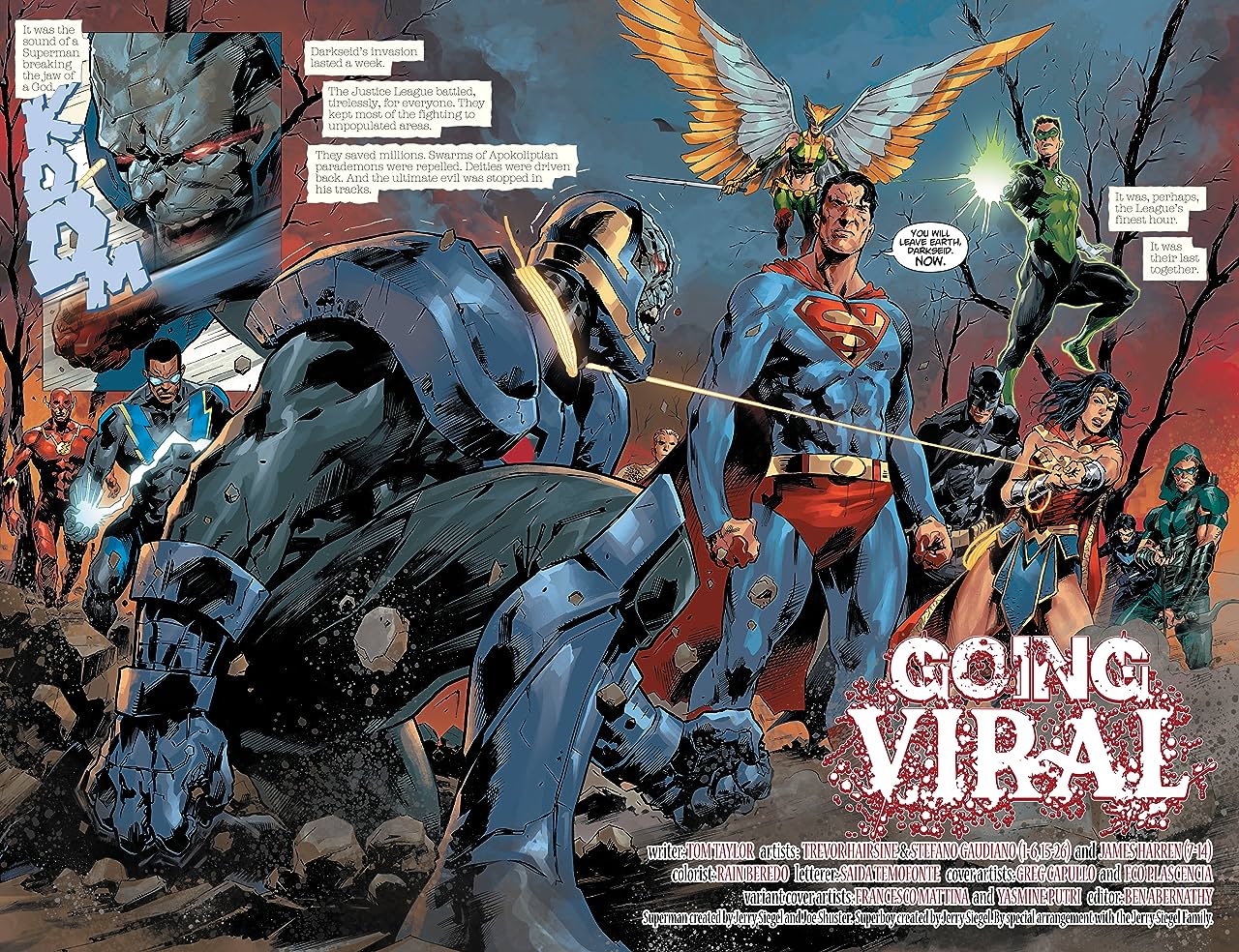 At first, it has all the makings of another elaborate plot by Darkseid. He’s always had plenty of that. Being a god-like bringer of death and destruction, he always seems to have something going on and never lets defeat by the Justice League hold him back for long.

Then, his plan goes horribly and shockingly wrong. I won’t spoil the details, but what happens to Darkseid, and later everyone on Earth, strikes at the foundation the DC Universe. Like many other superhero comics, there are a special brand of physics in play, many of which would make Einstein’s head explode. However, when those physics are defied or subverted, bad things tend to happen and this might be the worst.

This isn’t the kind of impact that gives an all-powerful, obscenely-evil character like Darkseid an insane power boost. This is something that torments even the most villainous beings as much as its most virtuous heroes. Gods, demigods, aliens, Amazons, billionaire playboys, and even average people on the street are all equally vulnerable.

For once, there’s no evil figure to fight. There’s no devious villain to outwit or overpower. This is a force of nature that hits anyone and everyone. It’s akin to gravity, light, or taxes. Nobody can escape and nobody is immune. 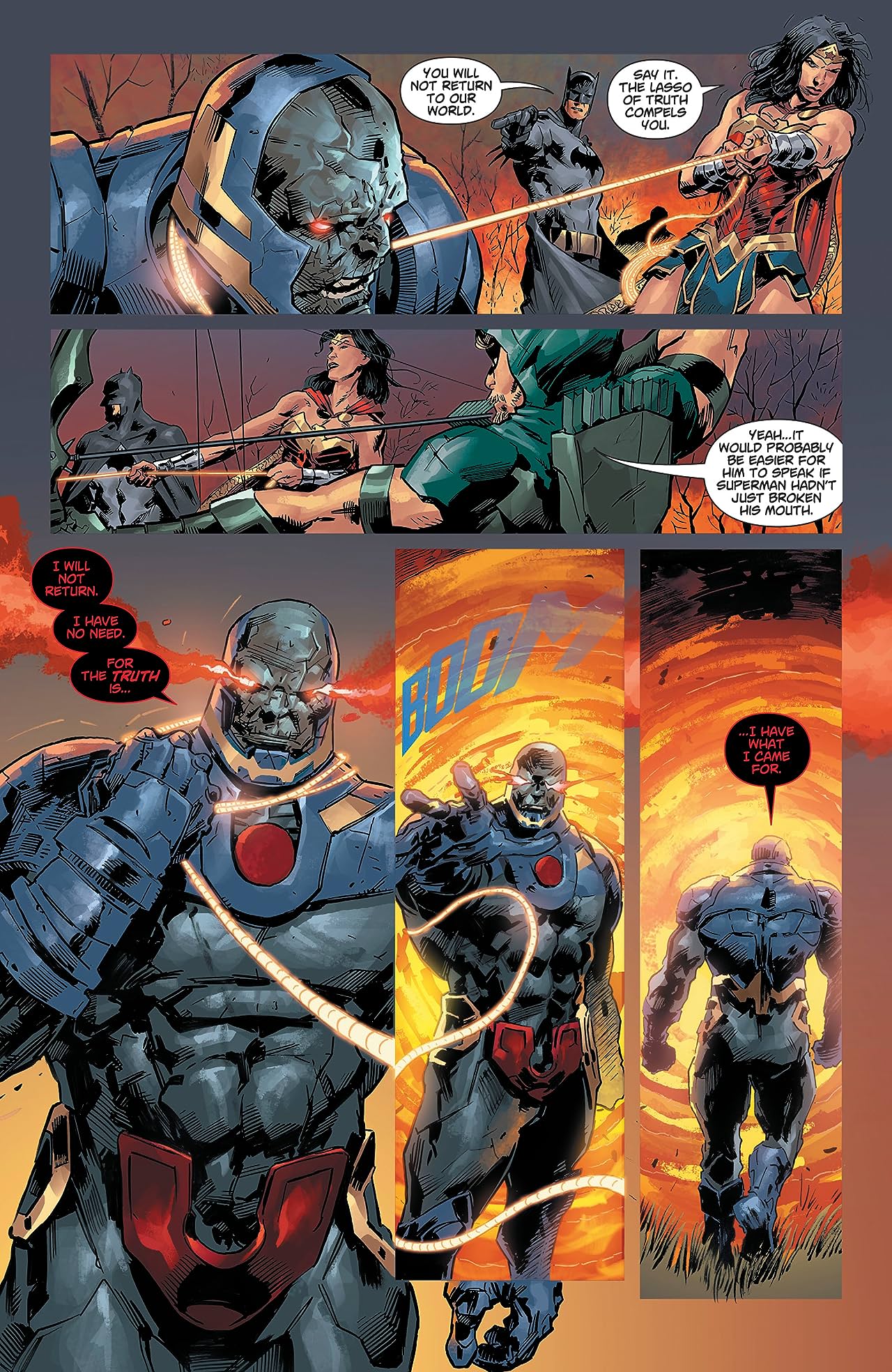 Whether you follow the comics or only watch big budget superhero movies, it’s easy to get caught up in the standard tropes of superheros. We expect them to fly in, save the day, or even undo the damage if things get too bad. There are any number of stories like that, especially in the DC Universe. That’s why a story like “DCeased #1” can be so refreshing, even when it deals in such dark themes.

This isn’t a case where we can expect the mightiest heroes in DC to save the day, smile for the cameras, and go back to their lives as mild-mannered reporters. This is a devastating cataclysm for which there is no going back. There’s a uniquely surreal impact to watching this world of mighty superheroes succumb. It’s not just different for the sake of being different. It shows us a different aspect of these characters and this world.

We all know what happens when superheroes save the day. Most people have seen that story in some form or another at some point in their lives. “DCeased #1” dares to ask what happens when superheroes can’t save the world. It’s not that they fail. Technically, they’re not even defeated in the mold of Darkseid beating up Superman. Things just go horribly wrong due to forces beyond their control.

In a world full of god-like super-beings from various planets and universes, this level of destruction has quite an impact. Beyond being the antithesis of the classic hero-saves-the-day narrative, “DCeased #1” presents a story that requires these heroes to reveal a different side of themselves. We know how they are when they’re at their most triumphant. Now, we get to see who they are when all hope is truly lost.

It’s a story worth telling and, if your heart and soul can handle it, “DCeased #1” takes the first step in this utter deconstruction of the DC Universe. It’s a dark, grim sight to behold, but one that brings some welcome novelty to superhero comics.