A Message (And A Challenge) To Anti-Vaxxers

There’s a time for discussing the veracity of certain scientific principles.

There’s even a time to question the very assumptions we once held without reservation.

All that said, a global pandemic is not one of those times.

I bring this up because, like so many others who have been stuck at home for months on end, my ears perk up every time I hear news about a potential vaccine for COVID-19. There’s a good reason for that. Every legitimate doctor, who doesn’t have a TV show or infomercial, says the same thing. The best and quickest way to end any pandemic is with a vaccine.

That’s not news for most people. If you passed high school biology, you know what a vaccine is and why it works. However, in the years leading up to this pandemic, there was a concerted movement against vaccines, especially for young children. It was called the anti-vaxx movement and, like many social movements relating to science, it was driven by misguided goals and faulty data.

I won’t get into the history of the movement. John Oliver already did a very comprehensive breakdown on the issue back in 2017, long before the pandemic. Here’s the video in case you need a refresher.

Even if you don’t support all the points Mr. Oliver made, I do have a message for those still skeptical of vaccines. Whether you were anti-vaccine before the pandemic or have just come to distrust modern medicine in general, I have one critical question to ask.

What’s your alternative for ending this pandemic?

It’s a legitimate question. Nearly every doctor agrees. Vaccines work. A vaccine is what will end this pandemic. If all those doctors are wrong and your side is right, then this is the best possible time to prove it.

You, whether you identify as an anti-vaxxer or are just skeptical of western medicine, have a chance to both show up the entire medical establishment and save thousands of lives. People are dying. Economies are faltering. Societies are frozen in place. The medical establishment, no matter what you think of them, are working on a solution. Where’s yours?

Now, I’m not saying the medical establishment is staffed by angels. There are many shady dealings in the modern medical industry, especially among pharmaceutical companies. Corrupt her not, however greedy their motivations might be, they’re still doing the work. They’re researching, developing, and testing potential treatments for this deadly disease.

There’s still time for the movement to do the same. If there’s any legitimacy to the anti-vaxxer’s stance, this would be their chance to demonstrate it. If anyone in this crowd, be it some renegade doctor or Jenny McCarthy, can come up with a better treatment, then they won’t just be a hero for saving so many lives. They’ll have proven their point beyond any reasonable doubt.

The time to make that statement is now. At some point, they’re going to find a treatment. It probably won’t be this year, but with lives, money, and prestige at stake, someone is going to succeed. Then, as the pandemic subsides and cases decline, what will the anti-vaxxer crowd have to say?

They’ll watch with the rest of the world as a vaccine ended a pandemic. On top of that, they’ll have sat around and done absolutely nothing to have developed another treatment. They had a chance to both save lives and show up the medical establishment, but failed. What does that say about the movement and its credibility?

That’s just some food for thought.

There’s no question that advances in contraception have had a profound impact on our society. Some applaud it. Some resent it. Either way, there’s no uninventing it. Contraception, be it male or female, is a big part of our society and further advances promise to have an even bigger impact.

I’ve talked about the future of contraception before, as well as the potential impacts of those advances. There are a lot of things in development, as I write this, that men and women alike should get excited about. Between better IUDs and more birth control options for men, we’re quickly entering an age where we have unprecedented control over our fertility.

It’s for that very reason that it’s necessary to take a step back and remind ourselves of the existing flaws we have with the current state of contraception. There’s a reason why those advances I mentioned are in development to begin with. What we have now is pretty good, relative to older, more archaic forms of birth control. However, there are a few shortcomings that tend to lead to dramatic, albeit predictable failures.

One of those shortcomings/failures made the news recently and left several dozen women very disappointed, to say the least. According to a story from TheVerge, a recently-developed contraceptive app called Natural Cycles is being blamed for 37 unwanted pregnancies. Anyone who knows anything about pregnancy, female biology, and nature in general probably isn’t surprised.

That’s because the app in question basically made something like this inevitable. According to the article, the Natural Cycles app is supposed to help women who rely on more natural family planning methods. In terms of the actual process, these are the basics:

The app uses an algorithm and measures factors like temperature to determine the period when a woman may be fertile. It’s a popular alternative to hormonal contraceptives like the pill because it lacks side effects.

It’s pretty basic, but the principle makes sense on paper and isn’t based on radically new ideas. The concept of a woman tracking her fertility to determine the times of month when she’s most likely to conceive a child is fairly well-known. It’s most commonly called the “Rhythm Method” and according to the Mayo Clinic, it takes a lot of preparation.

To use this method, a woman needs actively track her menstrual cycle, accurately determine the parts of that cycle where she’s most fertile, and plan her sexual activity around those time-frames. It takes a great deal of physical awareness, as well as a certain measure of discipline, which some people are better at than others.

The Natural Cycles app is supposed to supplement those principles by aiding in that tracking process. It even tries to provide the woman with more data so that she has a better understanding of her body while tracking her cycle. In theory, having perfect knowledge of her biology will ensure a woman knows when she is or isn’t fertile.

It’s that exact theory, however, that makes this news about a surge in unplanned pregnancies so unsurprising. There’s a good reason why this sort of approach to contraception is rarely practiced by anyone other than committed couples and is often discouraged as a general form of contraception.

As with so many other theories, the actual practice of the method doesn’t always work in the real world. That’s because the real world is a lot more chaotic, varied, and unpredictable than concepts on a piece of paper. That applies even more to human biology, male and female.

Now, the appeal of natural family planning like the one Natural Cycles promotes is undeniable. You don’t need to take a pill. You don’t need to have something inserted into your body. Plus, it gives you a chance to really know and understand the workings of your body. For both sexual health and general health, that’s has many benefits. 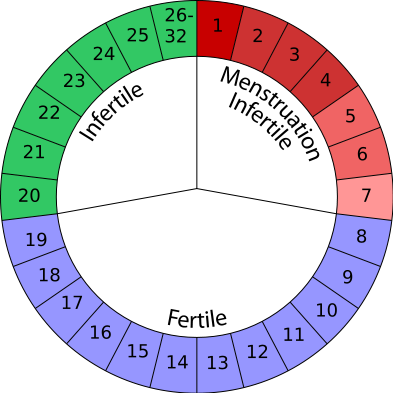 Unfortunately, the human body is not known for being that transparent. It does not come equipped with a USB port or a wireless interface that provides us with accurate, real-time data about our insides, although that’s one advancement science is working on. Absent that data, natural family planning, even with the aid of Natural Cycles, is going to be either incomplete or flawed.

I don’t doubt that the use of Natural Cycles helps in the process, but there’s a good reason why the same Mayo Clinic that so thoroughly lays out the process of natural family planning also identifies it as one of the least reliable forms of contraception. This is what they had to say about the risks associated with this method.

Given this information, the fact that some of those using the Natural Cycles app ended up pregnant should surprise no one. The shortcomings of natural family planning are well known and, for the moment, no app is capable of circumventing those shortcomings.

It’s not just that even the most basic activities of the human body are so difficult to quantify and track. Doing so and trying to plan around it assumes all those involved behave with perfect discipline. While I still believe that most human beings are inherently good at heart, I don’t doubt that human beings can also be erratic, irrational, and just plain stupid at times.

There will be moments when a woman misjudges or mistimes her fertility over the course of her cycle. There will also be moments when the passions between a woman and her lover will override whatever discipline they had promised to exercise during that time of the month. Even when people aren’t stupid, they can be overwhelmed by a moment.

That’s the ultimate flaw of natural planning and apps like Natural Cycles. It’s not just prone to human error. It relies on the absence of human error in order to work perfectly. That’s not just flaw. Those are unreasonable expectations that no population of healthy human beings can hope to meet.

It’s sad that several dozen women had to learn this the hard way, even if the outcome was fairly predictable. If nothing else, it should remind us just how much work we need to do on improving contraception, women’s health, and our overall understanding of our biology.