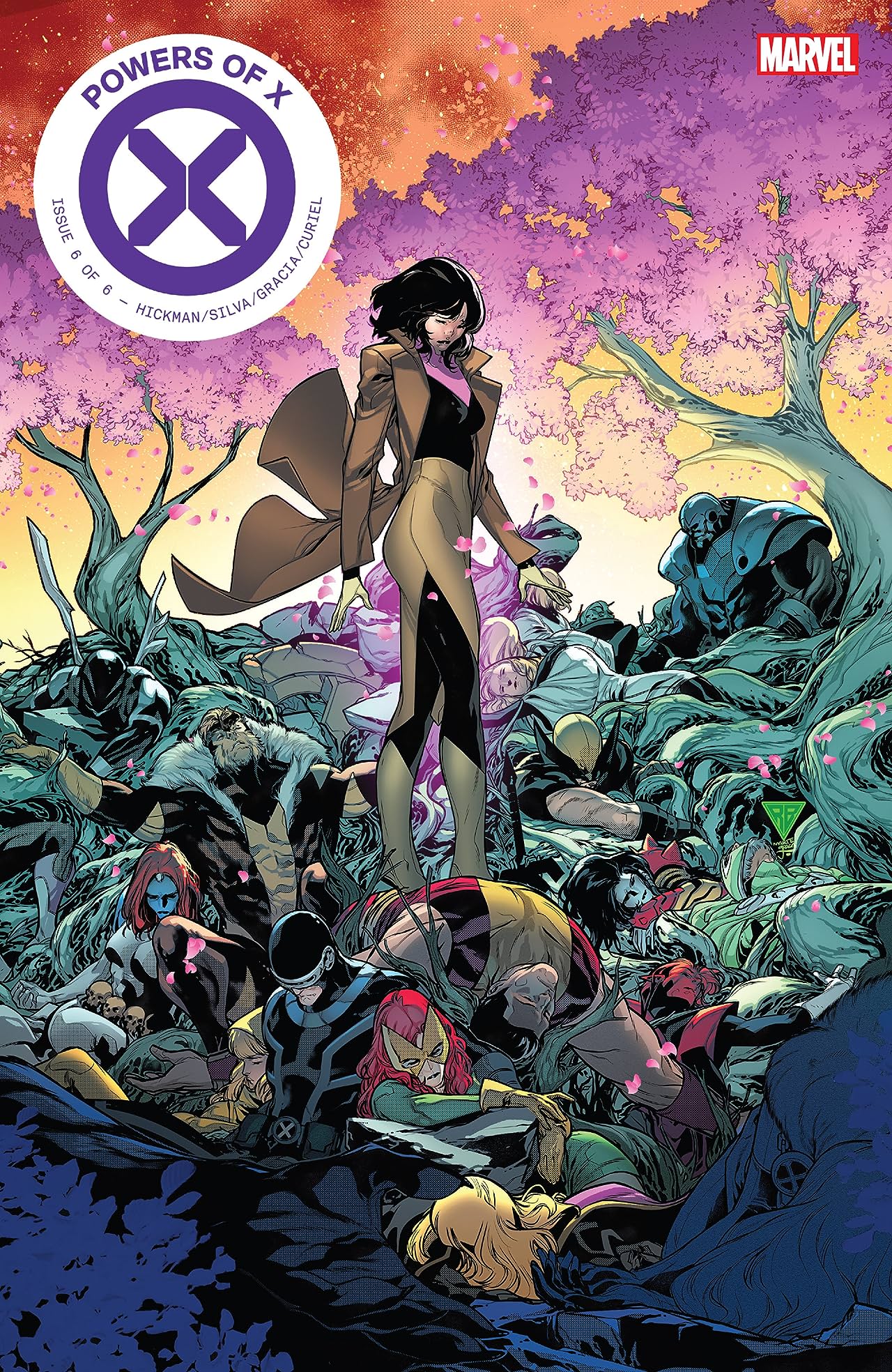 When assessing the greatness of a particular story arc in comics, there are many factors to consider. There’s the quality of the writing, the strength of the characterization, the cohesiveness of the plot, the vibrancy of the artwork, and how it all fits together in terms of the greater narrative. Many comics succeed in some of these areas and are worth reading. Very few manage to succeed in most.

I usually try to avoid spoiling too much of a great story, but I will spoil one thing. “Powers of X #6,” and the overall story arc it capped off, is among those select few. In the history of X-Men comics, Marvel Comics, and superhero comics in general, this is one of those stories that will likely stand out as an example of what’s possible when all the right story elements are in place.

Writer Jonathan Hickman has always been someone with big ideas who builds even bigger stories around them. He starts with a concept. Then, he positions the characters around it in such a way that requires them to evolve in ways that they’ve never dared. From there, the story only gets bigger in terms of scope, scale, and impact.

He did it with the Avengers. He did it with the Fantastic Four. Now, he’s done it again with the X-Men. As a lifelong X-Men fan, who has seen some pretty awful runs and some exceedingly dark times, I cannot overstate how refreshing this story is. I honestly cannot think of a time when an X-Men story arc felt so meaningful and relevant. I’ve highlighted and praised various issues of House of X and Powers of X before, but “Powers of X #6” faces a unique challenge that many story arcs fail to overcome. It can’t just end the story on a particular note. It has to fill in some lingering plot holes while leaving just enough unfilled for future stories to build on. It’s a difficult balance to strike and one past X-Men story arcs have come up short.

That balance never falters in “Powers of X #6.” It fills in a few key plot holes, most notably the events of Moira MacTaggart’s mysterious sixth life. At the core of this story, and everything that stems from it, is the impact of Moira MacTaggart. It’s not hyperbole to state that she is now the most important character in the X-Men mythos.

Her role doesn’t just involve revealing what worked and didn’t work in terms of mutants trying to survive in a world that hates and fears them. In “Powers of X #6,” she witnesses the ultimate endgame for the human/mutant conflict. She sees the inevitable result of this conflict, regardless of which side she takes.

It doesn’t matter if someone sides with Magneto.

It doesn’t matter if someone sides with Professor Charles Xavier.

It doesn’t even matter if someone swears allegiance to Apocalypse and fights by his side.

The events in “Powers of X #6” establish that none of these conflicting groups, who have been clashing in X-Men comics since the Kennedy Administration, will be vindicated in the long run. Ultimately, they will be defeated, but not by the forces they think. It’s a point that Hickman makes clearly by building on key moments established in past issues of Powers of X and House of X. Within these moments, harsh truths are dropped and fateful choices are made. They help give the achievements that played out in “House of X #6” even more weight. They also establish the stakes the X-men, and the entire mutant race in general, face moving forward.

These are powerful moments that impact the past, present, and future of the X-Men. Through Moira, the greatest threats facing mutants takes a very different form. It’s not a menacing new Sentinel. It’s not some mutant tyrant, either. It’s not even some bigoted human who thinks interment camps are still a good idea. I won’t spoil the particulars, but c makes clear that the X-Men have an uphill battle.

That’s saying a lot, considering the mutant race is more united than it has ever been. They have a home in Krakoa. Teammates who have been dead or missing for many years are back. They have valuable resources that the world wants. They’ve even won over their greatest enemies, like Apocalypse.

However, even with Moira’s foresight, that still might not be enough. It might be the greatest achievement of “Powers of X #6.” It is an ending to a bold new beginning for the X-Men, but it also redefines the challenges they face. Through Hickman’s skilled world-building and artist R. B. Silva’s brilliant renderings, it genuinely feels like a true paradigm shift for X-Men comics.

They’re still mutants. They’re still the same superheroes they’ve always been. Their goals haven’t fundamentally changed that much. What has changed are the stakes, the forces opposing them, and their approach to dealing with them. It feels both hopeful and dire at the same time.

Whereas “House of X #6” establishes the promise of a brighter future for mutants, “Powers of X #6” reveals the ultimate barrier to that future. It’s not something they can shoot, blast, stab, or punch. If they want to succeed, then they have to fundamentally change how they go about Charles Xavier’s dream. Moreover, the dream itself needs to evolve.

Years from now, X-Men fans will likely look back on “Powers of X #6” as a defining moment for a narrative that has been unfolding for over 50 years. Those moments are few, far between, and precious. This one in particular may go down as one of the most uncanny.