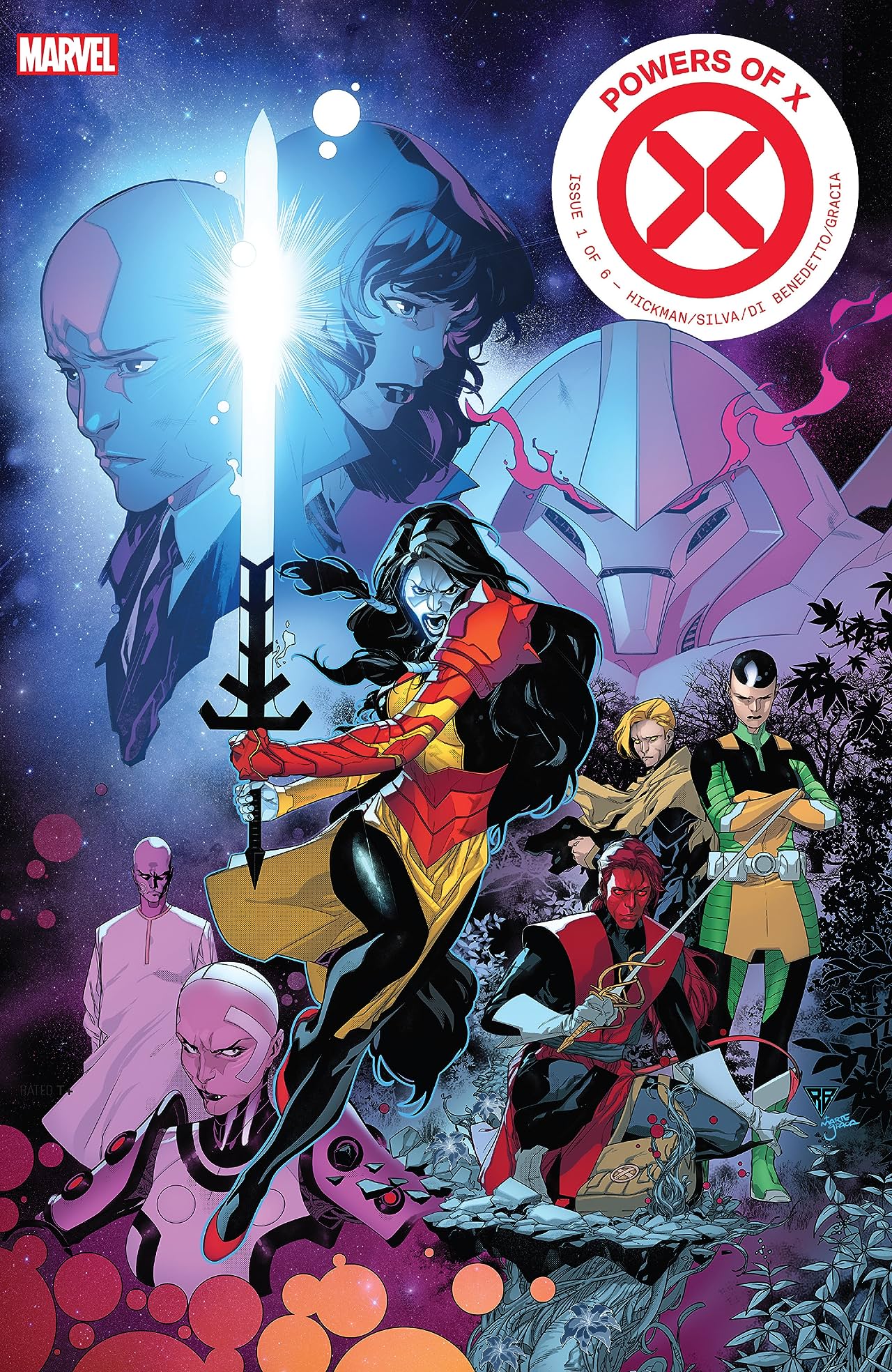 Lifelong comic book fans like myself wake up every Wednesday morning with a mix of excitement, anticipation, and dread. It’s a weekly event in which the worlds we love grow just a little bit bigger. However, not all New Comic Book Days are treated the same. Some are more memorable than others and I have a feeling that “Powers of X #1” will make this particular Wednesday feel special for X-Men fans.

The X-Men comics are in a major state of transition and upheaval. In the past, that has usually meant they’re facing yet another extinction event. Whether it’s Sentinels killing 16 million mutants or the Scarlet Witch going crazy, big change usually means the X-Men have to stave off another genocide.

Writer Jonathan Hickman is not taking that approach. As someone who has been reading X-Men comics for a good chunk of his life, I find it both overdue and refreshing. In “House of X #1,” he set out to build a bold new world for mutants. In “Powers of X #1,” he puts this world into a much greater context that will likely have X-Men fans talking for years to come.

This new vision for the X-Men isn’t just causing major upheavals in the present. It’s having an impact on the past and future, as well. Historically, this usually means that there’s yet another terrible dystopian future about to unfold and the X-Men already have way too many of those.

With Hickman, however, it’s not nearly as clear-cut and that’s exactly what makes “Powers of X #1” so engaging. 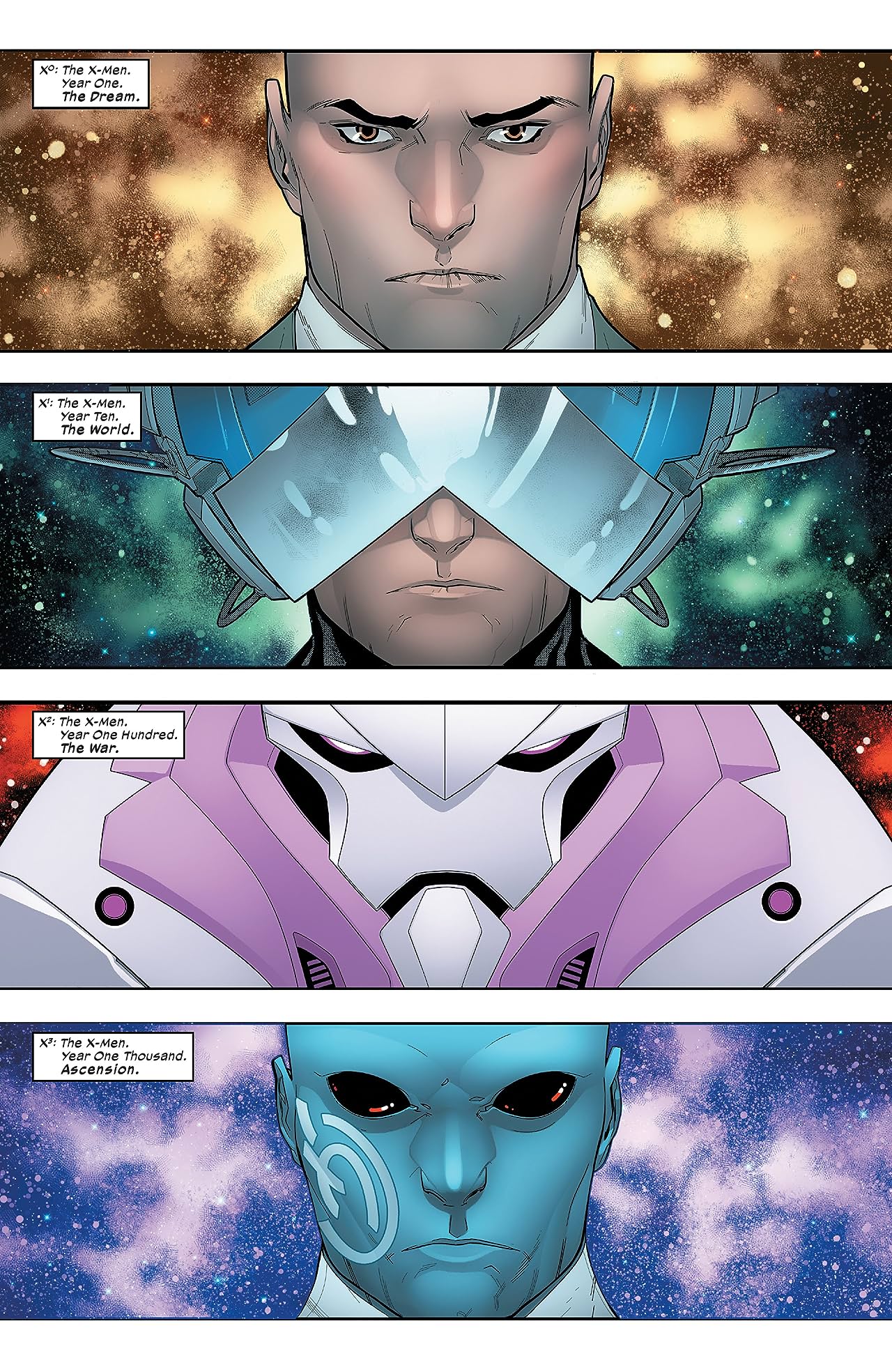 This isn’t just another case of some fateful decision in the past having dire consequences in the future. There’s no moment with Skynet or time traveling assassins. With “Powers of X #1,” the story unfolds across four distinct time periods. One takes place in the X-Men’s past. The other continues part of the story in the present that begins in “House of X #1.” The last two take place at multiple points in the future.

While much of the story unfolds in the future, there’s a never a sense that they’re too disconnected from the past or present. There are a host of new characters with familiar powers and appearances. Artist R. B. Silva is not subtle in who inspired the designs of these characters and that’s critical because a lot transpires in a short span of time.

We don’t get to know these characters very well, given their limited face time, but they do plenty to establish distinct personalities and motivations. We get a sense for what they’re after and what’s at stake. It’s not entirely dystopian in tone, but it is dire and not just for mutants.

Once again, Hickman goes heave on the world-building. In between Silva’s colorful depictions are little insights into how this future took shape. It’s not a simple as one fateful choice or one fateful death. It’s more a culmination of conflicts. Mutants are on the brink, but it’s not because of a plague or a genocidal war. In this future, humans aren’t the enemy, but what they’ve become certainly is. They’re not just a bunch of fearful, mutant-hating zealots trying to product themselves with killer robots. They’ve actually become something more menacing.

The details aren’t all in place, but the hints are there. While mutants built on the foundation that Charles Xavier established, humanity went down a different path and it’s not one conducive to peace, love, puppies, and whiskey. Familiar faces like the Nimrod Sentinel make that abundantly clear, but it’s the new faces that add the most intrigue.

Nimrod and the other humans around it aren’t just human anymore. They’ve become part machine, as well. However, these aren’t Terminator knock-offs. They still have personalities. They even talk and converse like humans. They’re a whole new order of humans that Hickman identifies as the Man-Machine Supremacy. Given the events of “House of X #1,” it fits perfectly.

It also makes a twisted bit of sense in a not-so-dystopian way. In a world where mutants are suddenly organized, complete with a homeland and collective vision, humanity seems doomed to obsolesce. They’re only choice is to evolve in a new way so they have a chance at competing. The story covers many concepts and raises many questions, but “Powers of X #1” works because there are just enough hints at the answers. It perfectly complements what “House of X #1” established with respect to setting, tone, and vision. Hickman creates a perspective that neither humans nor mutants want to go extinct. They both seek a bold vision for their future, but there’s only room for one in the future.

Every vision begins with a dream. Bold visions inspire bolder actions. This is the heart of what makes the X-Men who they are. It’s also the driving force behind the many conflicts they face. A book like “Powers of X #1” doesn’t attempt to subvert that conflict. It simply dares to evolve it in a new direction.

What this means for the X-Men comics moving forward remains to be seen, but it’s very likely that “Powers of X #1” will be one of those comics that gets cited for years to come as a major turning point. It affirms that while all New Comic Book Days are special in their own right, some will always be more special than others.