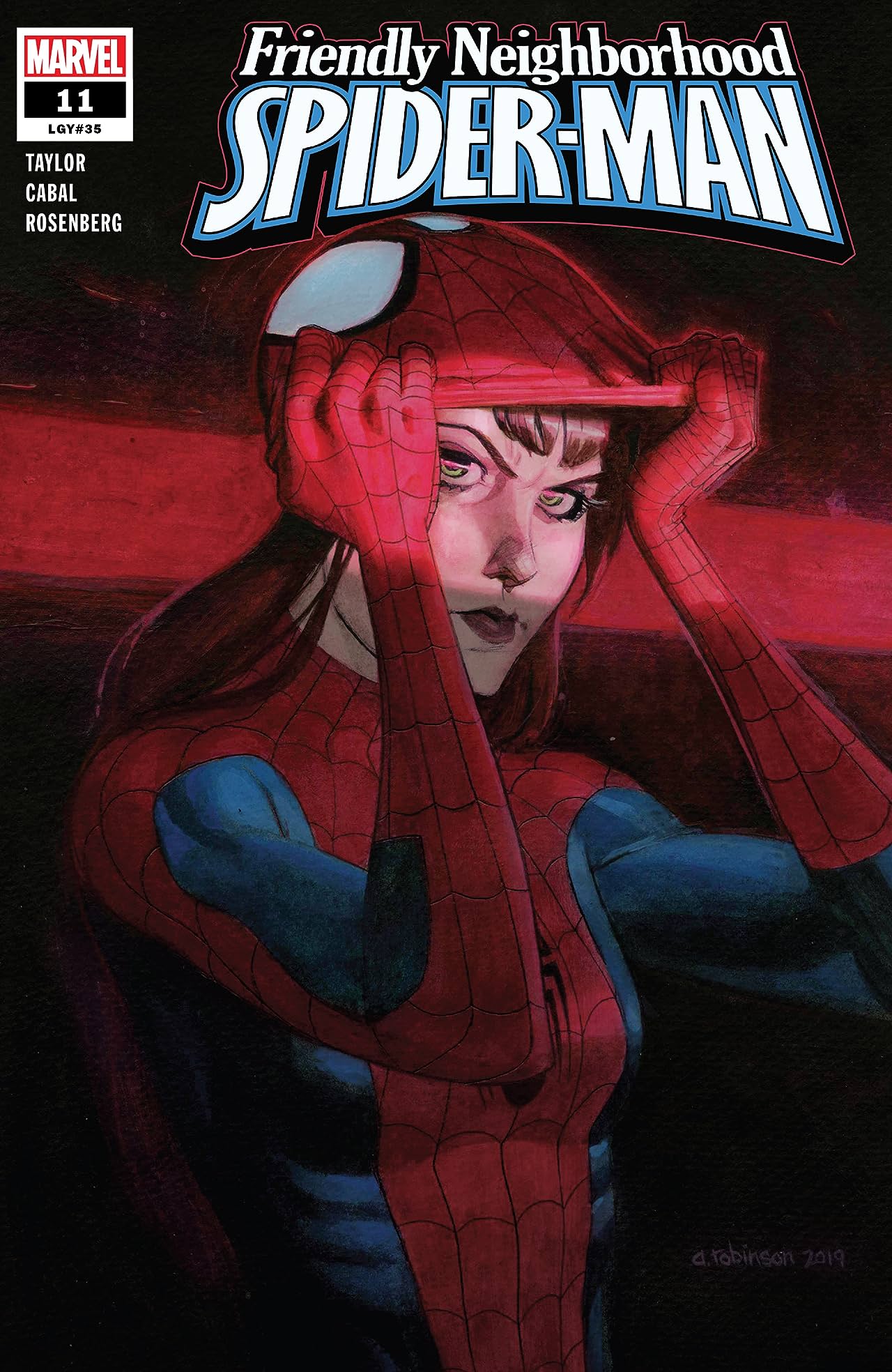 If ever you’ve doubted that, then “Friendly Neighborhood Spider-Man #11” should provide the definitive proof you’re looking for. Spider-Man, like many iconic heroes, derives as much of his strength from his supporting cast as he does his powers. For years, the bedrock of that power was his Aunt May. Then, Mary Jane Watson entered the picture and his bedrock hit the goddamn jackpot.

While their history, romantic and otherwise, has been convoluted by some rather infamous moments, Mary Jane Watson has proven to be one of the most integral components of Spider-Man’s story. It’s part of the reason why she’s his most iconic love interest and I say that as someone with the utmost respect for Gwen Stacy.

However, like many superhero love interests, Mary Jane often gets caught in the crossfire of Spider-Man’s heroic activities. There are times when she’s more damsel than lover and these days, that trope is prone to all sorts of unpleasantness.

It’s for that reason, and so many others, that “Friendly Neighborhood Spider-Man #11” is uniquely satisfying in how it affirms Mary Jane’s role in Spider-Man’s life. She doesn’t just prove herself and look sexy while doing it. She tells a side of Spider-Man’s story that isn’t often told. 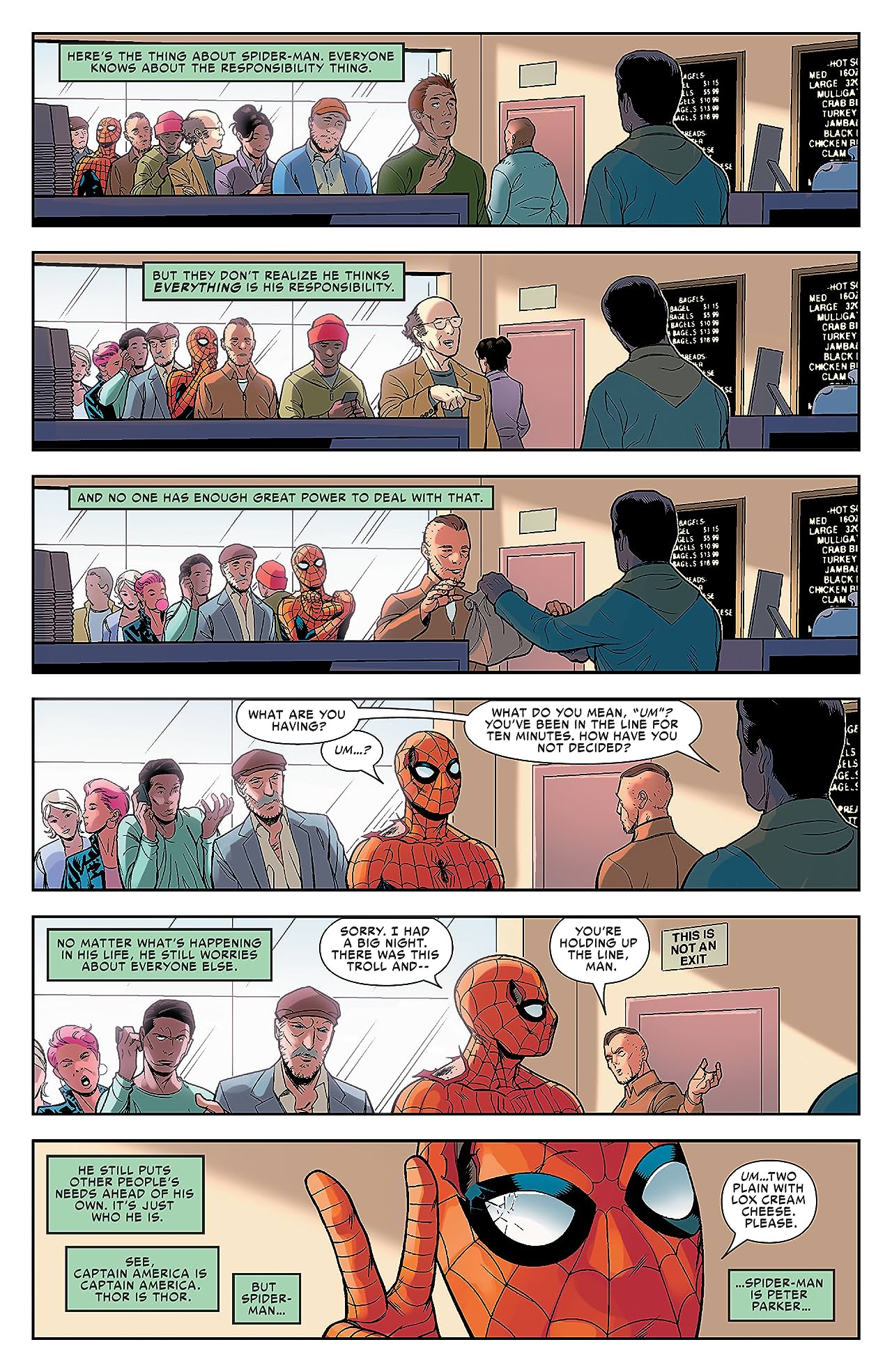 Writer, Tom Taylor, has given plenty for both Spider-Man and Peter Parker to do since he took over the Friendly Neighborhood Spider-Man series. For this issue, however, he keeps Peter Parker on the sideline. Superheroes need rest too and Mary Jane understands that. She also understands that being Spider-Man’s girlfriend requires more than just looking great in skin-tight outfits.

There are responsibilities, as well. Responsibility has always been a big part of the Spider-Man mythos, going all the way back to the days of Stan Lee and Steve Ditko. It doesn’t just apply to Peter, though. Mary Jane has her own share of responsibilities and not just with respect to being a good girlfriend.

She narrates much of this issue. Taylor doesn’t rely heavily on melodrama or standard relationship issues. Much of the dynamic between her and Spider-Man resemble that of a couple who’ve already worked those issues out. They’re just two people, managing their lives, and doing their part.

For a couple whose romance is one of the most iconic in comic book history, that shouldn’t be such a novel concept. It really shouldn’t and yet, Taylor makes it feel like the most refreshing romantic sub-plot in years. That says more about the history of Spider-Man’s love life than it does anything else. However, that’s not how it plays out. On top of showing why Mary Jane Watson is such a great superhero girlfriend, “Friendly Neighborhood Spider-Man #11” proves she’s just as capable in those situations. She doesn’t have super-powers, unless you count being irresistible to heterosexual men. For this particular story, she doesn’t need them.

Whereas most civilians would just run at the sight of a threat that requires a suit of armor or a magic hammer, Mary Jane steps up to help. She still can’t do it alone, but she still finds a way to seem as capable as any experienced her.

It’s not just her choice. She sees it at her responsibility. It shows that Spider-Man has influenced her every bit as much as she has influenced him. That doesn’t just belabor why she’s so important to both Spider-Man and Peter Parker. It perfectly reflects the larger themes of Spider-Man, as a whole. 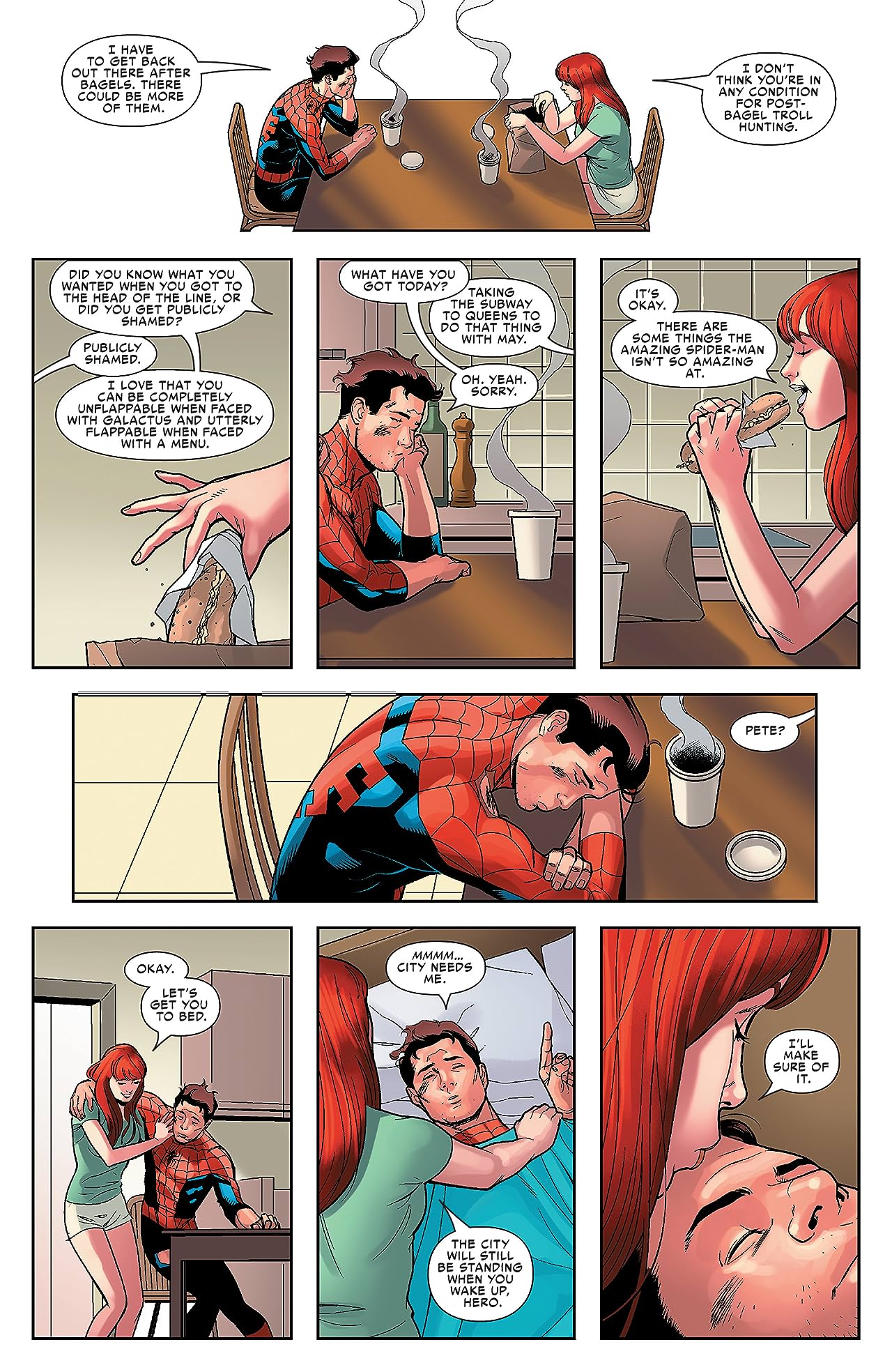 While the news surrounding Spider-Man’s movies are making all the headlines, comics like “Friendly Neighborhood Spider-Man #11” prove why his story is so endearing. There have been countless comics that show Peter Parker rising to the occasion, fighting crazy super-villains, and saving the day. This comic shows how taking those responsibilities seriously help inspire others to do the same.

Mary Jane Watson may never win a fight against Rhino or the Green Goblin, but Taylor makes it abundantly clear that if she has the power to help in a situation, she won’t back down. She’ll fight when others run away. She’ll be strong when others can’t. She’ll look sexier than Peter Parker ever will in the process, but that’s more a bonus than a responsibility.

Throughout her history, Mary Jane Watson has shined in many ways, both on her own and as Spider-Man’s top love interest. A book like “Friendly Neighborhood Spider-Man #11” might not be her most iconic moment, but it shows in a single issue why she’s such an amazing part of Spider-Man’s spectacular story.