An Interesting Conversation I Had With A (Transgender) Woman

Every now and then, my various curiosities on sexy and unsexy topics alike will lead to some unexpected insights. Personally, I love those insights. It’s just so easy to put yourself in your own custom echo-chamber that those moments are more important now than ever.

Just his past week, I had a very revealing conversation with someone on Reddit that caught me off-guard, but in a good way. It came shortly after I posted my article on the prospect of transplanting a uterus into a person who was born a man so that they could bear children. When I wrote that piece, I got an unexpected reaction, but one that taught me something I never would’ve learned otherwise. 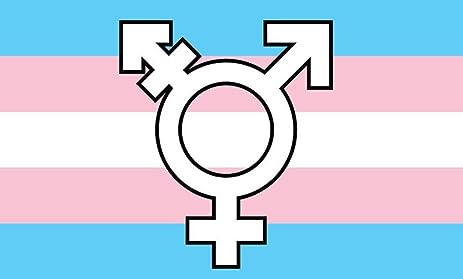 As a result, the article I wrote about transplanting uteri reflected that ignorance. I later found out that the transgender people who read it took offense to some of my rhetoric. For this, I apologize. I honestly didn’t understand why my words were offensive at first. Then, a very kind, very understandable transgender woman helped me understand.

Since I don’t have permission to reveal her name or even her username, I won’t say it, out of respect for her privacy. Also, I am calling her a she and that’s perfectly valid for reasons that I hope will become clear. To me, she is a woman, regardless of what the Ben Shapiros of the world may claim.

Prior to writing my article, I didn’t buy into the notion that people who identify as transgender have some sort of mental illness. I accepted the conclusions of the American Psychological Association in that that they felt they were born the wrong gender. As it turns out, that’s not even half the story.

Here’s how the woman on Reddit described it to me in ways that go beyond what you’ll read on Wikipedia.

“I know exactly what’s missing inside my abdomen, and it feels weird, as though I have the drivers for hardware that was never installed. My experience is comparable enough to other infertile women I know that we’ve been able to comfort each other, but one does tend to feel a bit broken in a society that puts such a premium on motherhood. I started trying to plan for eventual pregnancy around age four or so when my little brother was born, and it took a few years before I learned it wasn’t going to happen barring cool future technology.”

I found this to be incredibly revealing. As a man whose body and mind are fairly in sync, in terms of gender idenity, it’s hard for me to wrap my head around that. However, this woman had to spend a good chunk of her life dealing with this fundamental disconnect.

It’s not so much that she’s a woman who was born as a man. She was always a woman in the same way I was always a man. It’s not that she has a penis instead of a vagina. It’s that she’s missing the parts she already feels she has, but the biological hardware doesn’t reflect that. It’s not like being born without a limb. It’s more akin to being born with a different limb than the one your brain says should be there.

Unfortunately, it’s that outer hardware that made her look like a man that led everyone to treat her like a man while expecting her to behave as such. That’s more than a little jarring. That utterly undermines a huge chunk of your identity.

Imagine, for a moment, waking up one day and having everyone treat you as the opposite gender. Imagine having to live every day, wanting to be treated like a woman, but instead being treated like a man. That’s what it’s like for many transgender individuals. She best summed it up like this.

“Trans people aren’t an especially interesting mystery once you get past the first basic fact: I’m not a man who became a woman. I’m a woman who was treated like a boy until she was old enough to fix her body without having to ask for permission.”

It’s still an amazing thought to contemplate, having an identity that is completely inconsistent with your body. The idea that our minds and our bodies aren’t on the same page is hard for anyone to imagine, which is a big reason why there are so many misconceptions about transgender people.

In a sense, I get why some get so hostile about the very idea of transgender issues. To them, gender is determined by your chromosomes and nothing else. If you have a Y-chromosome, you’re a man, regardless of how you look. It’s simple, concise, and easy to grasp. Like many aspects of biology, though, it’s only part of a much bigger picture.

Anyone who tries to reduce complex biological and psychological concepts into simple, easy-to-understand bullet points are almost always wrong to some extent. As I’ve said before, biology and human behavior are extremely complex. Chromosomes are just a small ingredient in a much larger biological cocktail.

Chromosomes are just DNA and DNA is just a blueprint. You can’t entirely define a person by their DNA any more than you can define a building by its blueprints. Sure, those blueprints are part of the process, but they’re not nearly as influential as all the hardware that actually create the structure.

A transgender person is no more defined by their DNA than anyone else. Sure, your DNA can effect you in many ways, but it’s not the only factor. Life, people, and the world around them is just too chaotic, complex, and dynamic to be reduced to something that simple.

As such, I sincerely thank this kind, patient woman for giving me this insight into a world I wouldn’t have otherwise learned about. I don’t doubt there’s a lot I don’t know. The way I write about transgender issues may still come off as ill-informed or even offensive. For that, I apologize.

However, as someone with a general interest in people and the way they see themselves, sexually, I hope to learn more. The fact that someone took the time to help me by sharing her insights makes me all the more astonished by the breadth of human experiences.