I’ve got another quick, but pivotal update on the status of “Rescued Hearts.” A couple days ago, I received what will likely be the final round of edits. They weren’t quite as extensive as the first round that I got, but I’m hoping these act as the final layer of polish on what I hope to be a sexy, romantic novel that’ll entertain and titillate for all the right reasons.

While these edits were less extensive, there were a few interesting lessons to glean from the process. Some of those lessons were a byproduct of my writing style and I’m not just referring to the sexy scenes.

When I’m writing something I know will be edited multiple times, either by myself or someone else, I have a fairly specific approach. I tend to be more detailed and specific, sometimes to the point of being purposefully wordy. I know that would upset nearly every English teacher I’ve ever had, but there’s a reason behind it.

I learned early on in my writing career that it’s easier and more efficient to write some bloat into a piece and then trim it later on. Think of it like throwing a huge lob of clay onto a table, but then taking the time to shape and polish it. In my case, though, that clay consists of a sexy story.

During the editing process, it’s mostly a matter of trimming some of that bloat and being more concise in certain areas. That’s especially important for the sexy scenes. In my experience, people don’t want to know the exact location of every strand of pubic hair. The same goes for romance. Not every beat of sweat needs a backstory.

That doesn’t mean I don’t end up having to do major revisions. During the editing process for “Passion Relapse,” I ended up having to rewrite the entire ending. I didn’t have to do that with “Rescued Hearts,” but there have been times when I’ve tried to keep some of the bloat I’ve written.

I won’t get into specifics since I don’t want to get into sexy spoiler territory. However, I’ve learned from these final round of edits that there are certain points in the story where you can stop emphasizing certain details. You’ve already gotten the point across. You don’t need to repeat yourself, but I often do anyway. That’s a tough lesson that I’m still trying to learn.

I hope to make use of those lessons with future novels. For now, “Rescued Hearts” is on track for its October 28th release date later this year. In preparation for that date, my publisher, Totally Entwined Group, sent me some sexy promo art. I intend to use this art every chance I get on this blog so expect to see plenty of it. Here’s a quick teaser that should get your blood flowing in all the right directions. 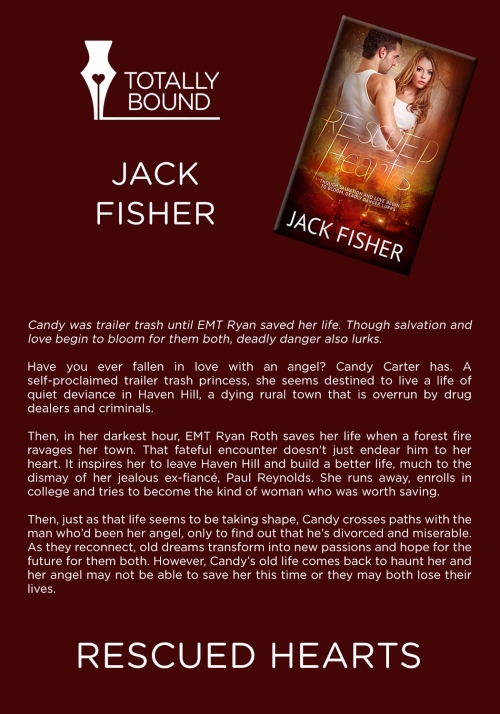 Hope that gets everyone a little more excited for October 28th. I also hope “Rescued Hearts” ends up being another step in my efforts to become a successful erotica/romance writer. I want to keep improving with every novel. I want my writing to get better, sexier, and more polished with every novel.

While I am going to put plenty of effort into promoting “Rescued Hearts,” I’m already hard at work on my next novel. I’ve got plenty more sexy ideas beyond that as well. I don’t know which of these ideas will work or whether any of them will make me more successful, but I’m eager to try as many of them as I can. If I can do that and add more sex appeal to my writing, then I’ll consider my efforts a success.

One response to “Final Edits of “Rescued Hearts” And Promo Art!”