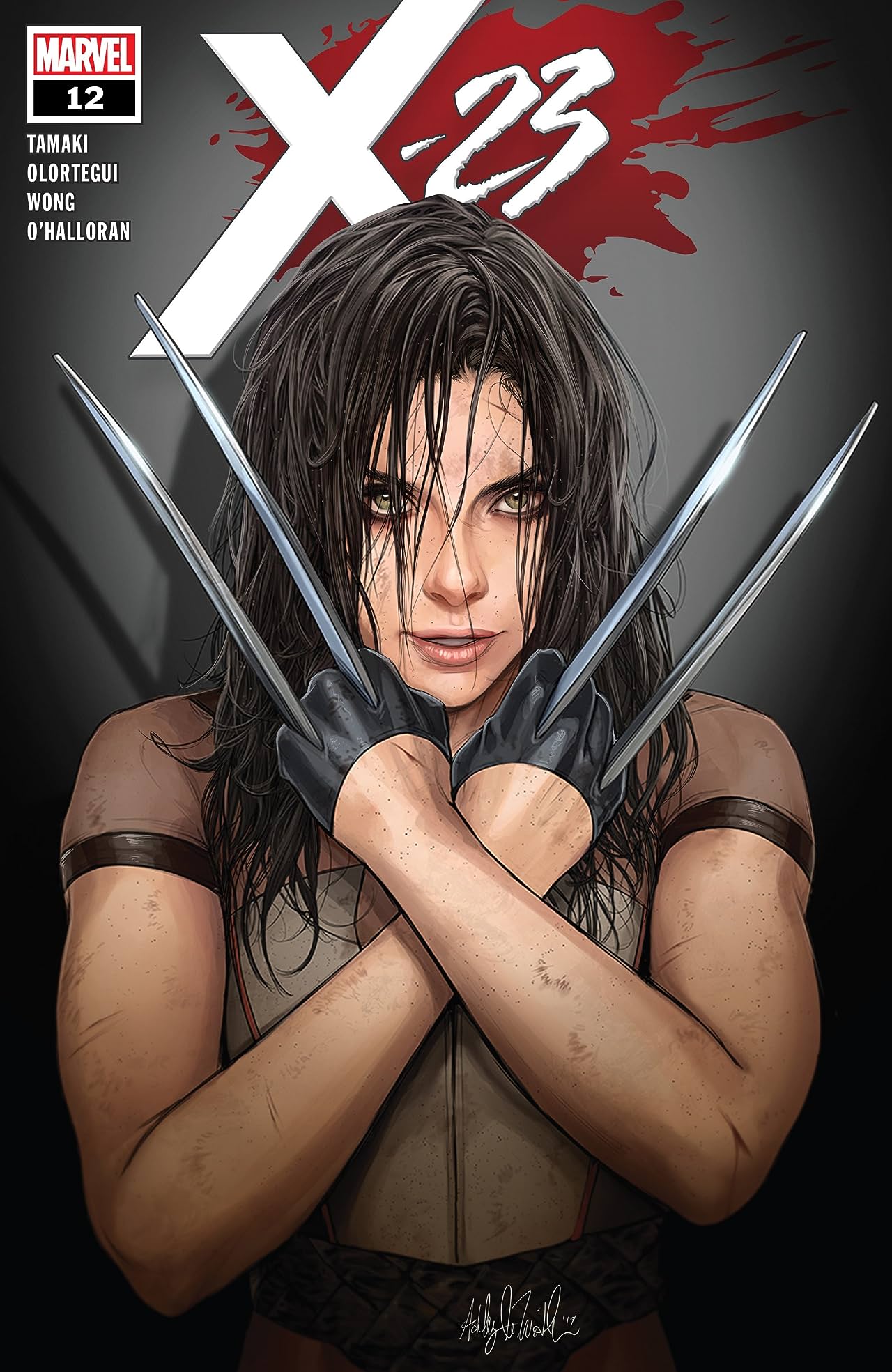 Every week brings a new glut of comics and the world is a better place because of it. As someone who spends a sizable chunk of his time discussing unpleasant topics, it helps balance a lot of things out. I know the world is a messed up place. I survived high school and I watch the news. I understand the value of all things good, pure, and awesome.

When it comes to delivering on all three regularly, Laura “X-23” Kinney is more dependable than most. Ever since her debut on the “X-Men Evolution” cartoon in the early 2000s, she has found a way to endear herself to X-Men fans of all types. Her status as Logan’s most iconic offspring was further cemented in “Logan” and the past several years of comics have run with it.

Laura is now much more than just Wolverine’s clone/daughter. She has forged her own path and created her own identity. She’s not just Wolverine as a teenage girl, but her world is every bit as brutal. She has had to claw, stab, and snarl her way through hordes of terrible people who still think it’s a good idea to create a living weapon with the same volatile temper as Wolverine.

Along that journey, Laura’s story has had many turning points, some more tragic than others. “X-23 #12” marks another turning point that leaves Laura in a difficult, but intriguing spot. It’s not as tragic as other events in her life, but it definitely leaves her with a wounded heart that those who have followed her story in recent years will feel. Writer, Mariko Tamaki, has been building towards this moment for the past several issues. When this series began, Laura was definitely on the same page as her fellow clone/sister, Gabby “Honey Badger” Kinney. I’ve done plenty to praise Gabby in the past and since her debut in the pages of “All-New Wolverine,” she has been an objective good in Laura’s life.

Part of that good stems from them being on the same page for much of their struggles. They’re both byproducts of secretive organizations trying to use Wolverine’s DNA to make living weapons. It already cost Gabby multiple sisters and nearly broke Laura. They have many reasons to keep fighting these organizations.

“X-23 #12” establishes that these organizations are still out there and they’re still doing crazy things with Wolverine’s DNA. In this instance, they actually use it to make turkeys with a healing factor. I swear I’m not making that up and it’s as amazing as it sounds. However, the inherent strangeness of healing turkeys is only secondary, if you can believe that.

This whole issue is less about Gabby’s love of adorable animals and more about how they’re no longer on the same page. It’s something Laura has spent the past couple issues struggling with and it finally culminates in “X-23 #12.”

It’s not as bloody or destructive as some turning points are for anyone associated with Wolverine. Yes, a train does explode, but that’s pedestrian by Wolverine standards. The real volatility is in how Laura and Gabby’s path diverge. Tamaki plays up the family dynamic to the utmost. These aren’t just X-Men who act like a family. They are family and families often fight. In this case, it’s not a matter of a simple disagreement or a costly mistake. This fight reveals that Laura and Gabby see the world in a very different way.

Some of it has to do with age. Laura has seen more tragedy and carnage than Gabby. She’s older and more hardened to the world of all things Wolverine. She has been fighting these battles long enough to know that there are times when she can’t avoid tragedy. Innocence will be lost. Pain, suffering, and injustice will win out.

Laura has had enough Wolverine experience to know when she’s in one of these situations. The past few issues have put her in more than one. Gabby, as adorable as she is, hasn’t experienced the same hardships to know when a battle is truly lost. She still tries to save everyone. She even tries to do it with an adorable smile and a pet wolverine.

It makes for a difficult situation because it’s easy to root for both of them. It’s easy to understand why Laura makes the difficult decisions that she does. She knows when a situation can only be resolved with claws. It often leads to tragedy, which is very much a Wolverine tradition. It’s just as easy to root for Gabby when she tries to salvage all the good from an impossibly bad situation.

It’s the kind of family conflict in which neither side is wrong or right. “X-23 #12” simply marks the point where they can’t side with one another anymore. For a family that has endured so much, it’s a sad, but understandable development. 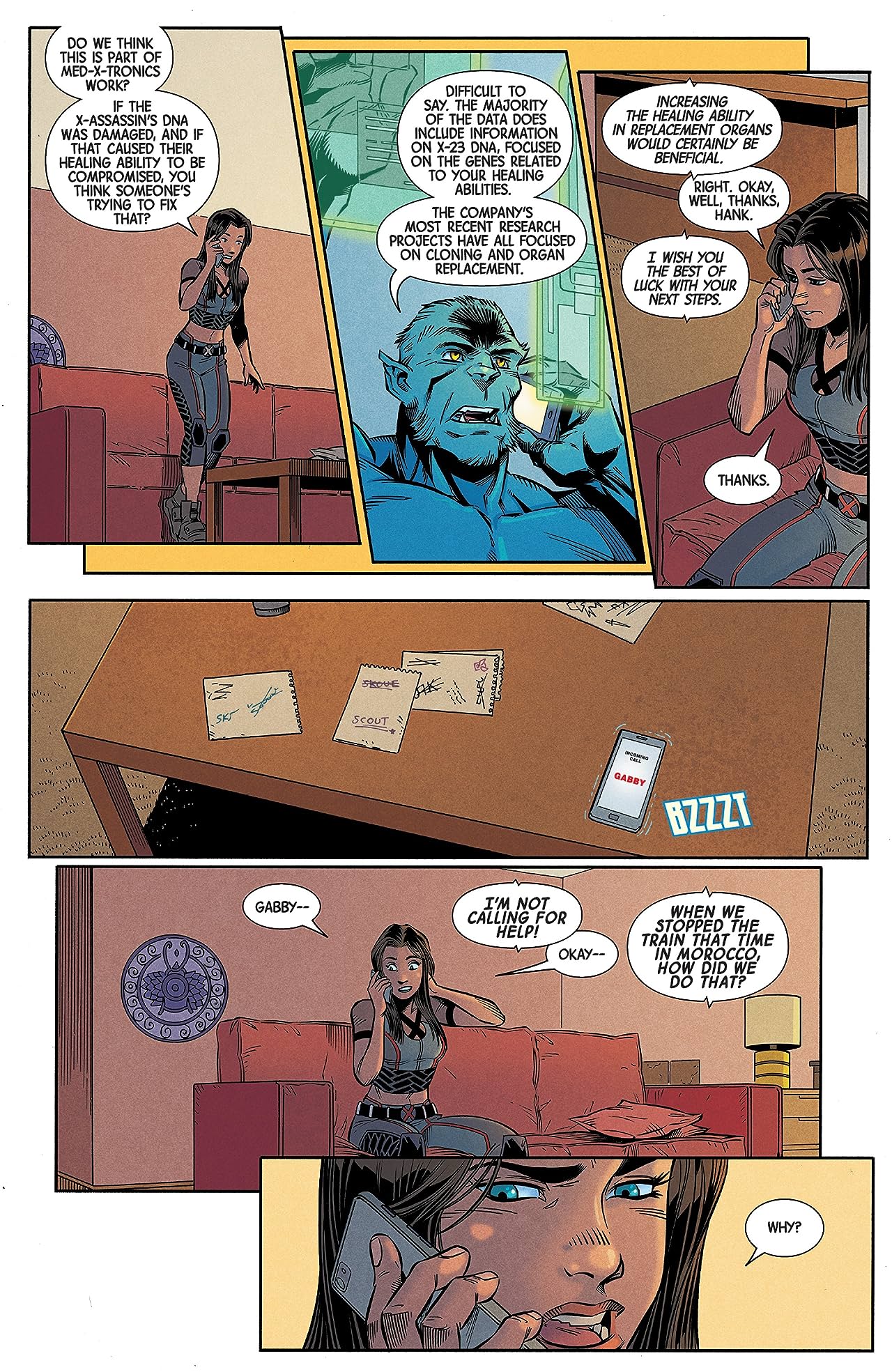 The story of Laura, Gabby, and Wolverine is full of both drama and violence. “X-23 #12” certainly has plenty of that. The presence of mutant turkeys certainly makes it unique, but it’s the drama that really shines here. Tamaki has been building towards this moment for several issues and even though the outcome wasn’t surprising, it still carries plenty of dramatic weight.

The respective lives of Laura and Gabby are fundamentally different after “X-23 #12.” They still have plenty of battles to fight, but they’re no longer in it together. They’re still family, but they’re going their separate paths. Like Logan has often done throughout his history, they strike out on their own and try to do their own thing. Sometimes it works. More often than not, it leads them into more trouble.

That’s the essence of Wolverine and the larger Wolverine family. They keep fighting their own battles, making tough calls along the way, and often putting themselves at odds with those closest to them. Laura made one of those calls and even if it was the right one, it’s not an approach Gabby can be a part of.

“X-23 #12” is a bittersweet end to Tamaki’s run on this series and the artwork by Deigo Olortegui helps make these powerful moments colorful. The future of the X-Men comics are already subject to some major upheavals. If nothing else, “X-23 #12” ensures that Wolverine’s family will still have plenty of drama to explore.