On Privilege, Resentment, and Lottery Winners 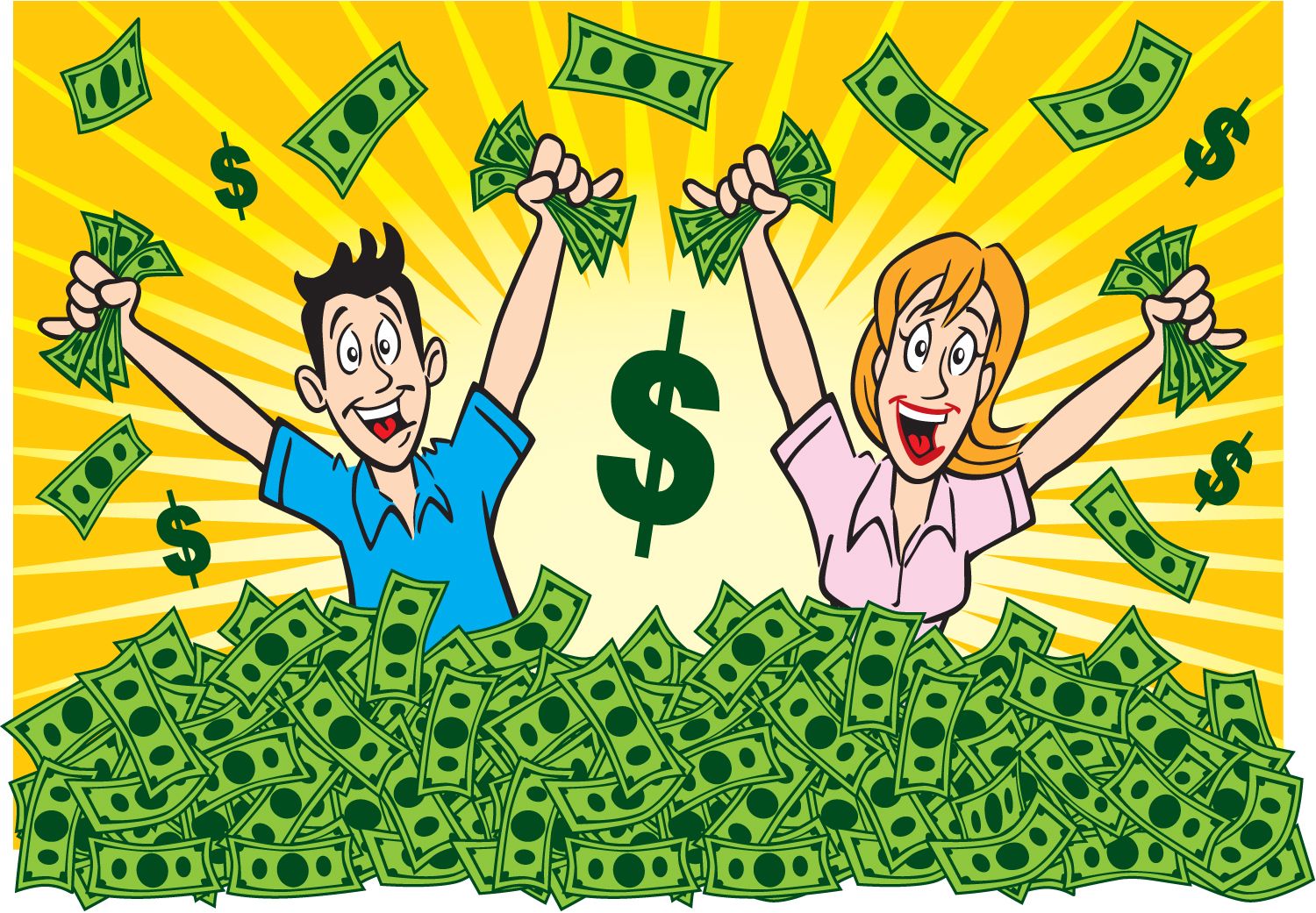 Think of a person you knew in high school that you just didn’t like. The reason why you didn’t like them isn’t important. They’re just someone you don’t care for and would prefer not to think about them in any capacity.

Suddenly, this person you seriously resent has been gifted a glut of random, unfeeling luck. They now have access to wealth, resources, and opportunities that you can only dream of.

From afar, they look happy and thrilled. Their life seems destined to be one of excitement, leisure, and fulfillment. They did nothing to deserve it. They didn’t work for it or earn it. They just got lucky.

Would that make you resent them even more? Before you answer that question, ask yourself another.

Is it even right to resent a person who just got lucky?

Most reasonable people might have a problem despising someone, just because they got lucky. It’s petty, resenting someone for their good fortune. It implies that you don’t think they deserve it.

It also implies that you think you deserve it more. There’s something inherently wrong with a system that allows someone like that to get lucky while you are stuck in your current circumstances.

I bring this up because it helps illustrate the hot-button debates surrounding privilege. It has become somewhat of a dirty word in recent years. In many discussions surrounding race, politics, religion, and gender, the topic of which group has which privileges tends to come up. These discussions can get downright ugly, especially when they’re racially charged.

Now, I’m going to be very careful with my words here. I want to make a valid point, but I don’t want it to inspire even more ugly discussions. I also don’t want to give the impression that every side of the issue is equally substantive. Some arguments are more absurd than others. That’s an unavoidable pitfall when discussing sensitive issues. That’s where you’ll get argumentative equivalent of flat-earthers.

With that context in mind, I want to try and deconstruct the rhetoric surrounding which group has privilege, what it implies, and why it matters. The concept of social privilege is pretty simple. In a diverse, multi-cultural society, like the one we’ve established over the past few centuries, certain groups have inherent advantages over others. However, not all of those advantages are the same.

If you’re a straight, cis-gendered man, you have certain advantages.

If you’re a straight, cis-gendered woman, you have certain advantages.

If you’re white in a society that’s predominantly white, you have certain advantages.

The same concept applies to disadvantages. Being a minority in most societies, regardless of development, will incur some disadvantages. If you’re black, gay, Muslim, Jewish, transgender, bisexual, or disabled in a society where the majority is none of those things, you will face challenges that others won’t. For anyone who values fairness, justice, and equality, that’s an issue.

It can be even subtler than that. If you’re born with natural beauty, you’ll have advantages as well. Like it or not, people tend to help someone who’s physically attractive. The same applies if they happen to have a special talent, such as throwing a football or playing an instrument. People without those skills are at a disadvantage, if only with respect to attention.

As a social species, humans already have an innate sense of fairness. These disparities don’t go unnoticed by both the majority and minority. Like playing a game where someone is using cheat codes, people are going to strive for greater fairness.

Some will be more aggressive than others in that pursuit. At the same time, those who have those advantages will try to maintain them. They may not even see them as advantages.

While that seems simple in the context of a game, it gets exceedingly complex when you apply it to society at large. It also gets contentious, as both historic and contemporary protests have shown.

It has even become popular to tell people to “check their privilege” at the door when entering a conversation. Even if it’s done in the spirit of fairness, it can still come off as downright resentful.

That may be understandable, to some extent. It may even be acceptable for some because achieving perfect fairness and perfect equality just isn’t realistic. There’s always going to be someone who gets lucky or is just naturally more talented or beautiful. It’s the nature of reality. It still doesn’t answer the same question I posed earlier.

Is it right to resent a person who just got lucky?

For anyone attempting to answer it, there’s probably a short and long version of that answer. It may depend on the nature of the luck involved. Someone who wins the lottery is easy to envy, but difficult to resent. If you don’t know the person, then chances are you’re not going to resent them. You’ll just be jealous of their luck.

However, the random luck of a lottery winner isn’t that different from the random luck that makes someone straight, white, Christian, and male at a certain point in history within a certain society in which they have advantages. When we’re born, we don’t have a choice in the circumstances. We simply grow, develop, and react within them along the way.

Those circumstances can include some very distressing facts. There’s no getting around the fact that certain groups have brutally oppressed others and effected the system to preserve their advantages while disadvantaging others. Even if it happened centuries ago, the effects of those injustices are still felt today.

Most reasonable, decent people are in favor of righting such injustices. However, the right way to go about it is where a lot of resentment starts to emerge. Some of that is unavoidable, given how easy it is to derail an argument, but there’s another component to discussions about privilege that goes beyond lottery winners.

Whenever someone protests the privileges of any group, be they white men, affluent middle-class women, or people born with natural beauty, there’s often an angry backlash and not just from those seeking to protect their privilege. In fact, most of that backlash comes from people who fit the generalization, but are not privileged.

There are straight white men who, despite their demographics and circumstance, have no advantages whatsoever. They’re poor, destitute, and miserable. They work every bit as hard as those in minority groups, but still struggle.

Then, despite their dire circumstances, they hear rhetoric that claims they’re somehow the most privileged people in the world. Chances are, they’re going to feel resentful too.

That’s because, statistically speaking, only a handful of people who fit the stereotype of “privileged” individuals really enjoy those advantages. These are individuals in positions of power and authority, both politically and economically. Some are identifiable by name. Others are just indirectly influential, due to their wealth, status, and resources.

The vast majority of men don’t have a say in how patriarchal or egalitarian society is.

The vast majority of white people don’t have a say in how racially segregated society is.

The vast majority of women don’t have a say in how men are disadvantaged men are in divorce court, child custody, or alimony.

The vast majority of straight people don’t have a way in how the law handles issues LGBTQ discrimination.

The vast majority of Christians, Muslims, Jews, Buddhists, and Hindus have no say in how their religion conducts itself as an organization.

However, since there’s rarely a single, mustache-twirling villain who exists solely to oppress on certain issues, our only choice is to generalize. We’re already a tribal species, by nature. It’s depressingly easy to channel that into what we perceive as the source of an injustice.

It’s also easy to resent people who are clearly privileged and go out of their way to abuse it. Those individuals deserve that kind of resentment. Like a lottery winner who becomes an insufferable asshole because of his luck, the resentment is both understandable and justified.

There are all sorts of complexities and nuances that go into what gives certain people advantages over others. Sometimes, it’s objectively unfair how certain people exploit their advantages and we should all work for a more fair and just system.

However, it’s a simple matter of removing the privileges to level the playing field. It’s also not realistic to yell at people until they purposefully disadvantage themselves for the sake of others. That’s akin to demanding that lottery winners give up their winnings in the spirit of fairness. It doesn’t just defeat the purpose. It makes us the resentful assholes.