When Aliens Invade The Best, Worst, And Most Likely Scenario

It’s a common, but appealing theme in science fiction. One day, we think we’re alone in the universe. The next, aliens invade and our species is never the same. Whether it sparks a war for survival like in “Independence Day” or leads to a new era of inter-stellar cooperation like in “Mass Effect,” it’s a profound moment. It may be the one case in which our collective imagination is too limited to appreciate the implications.

The concept of first contact is daunting enough. Just discovering extraterrestrial life in the universe would be groundbreaking. Making contact with it would be downright overwhelming for our species. It might be the closest thing human beings ever get to a true religious experience, making contact with another species from the stars.

An invasion, however, carries with it a special kind of impact, albeit a traumatic kind. Science fiction tells all sorts of stories about it, but chances are that the real-world possibilities don’t come close to the fantasy we all envision. Whether it’s triumph after a stirring speech from President Whitmore or doom at the hands of Martian invaders, the truth probably somewhere in between. 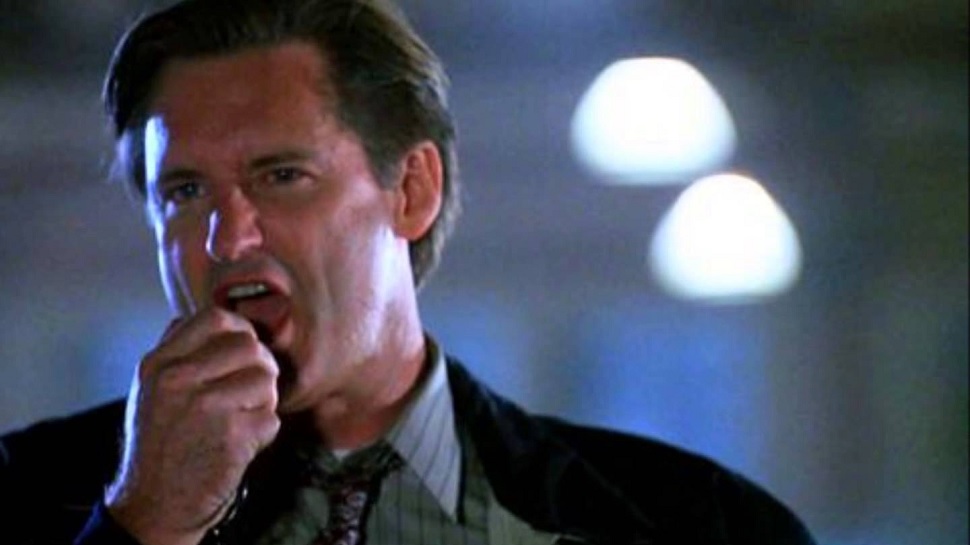 I’ve argued before that the human race isn’t ready for contact with aliens, but we’re close. I also believe that if extraterrestrial aliens ever do arrive, they won’t be hostile invaders. If they’re advanced enough to travel the vast distance of the cosmos, then they’re advanced enough to not need anything here on Earth. There’s abundant water, minerals, and rare elements throughout space that are fare easier to obtain.

However, that all assumes that an extraterrestrial species would act in accord with incentives that most humans understand. That could be a flawed assumption. If an extraterrestrial species is truly alien, then their thoughts, feelings, and motivations could be alien too. It’s not impossible that a species would evolve to be inherently hostile to any other sentient life.

With that in mind, I’d like to present a few potential scenarios on how an alien invasion would play out for humanity. I believe there are a few instances in which our species would survive and even be stronger. There are also a few in which our hopes of survival are effectively zero. I don’t claim that any of these are definitive. This is just my attempt to speculate on how an invasion would pan out for humanity. 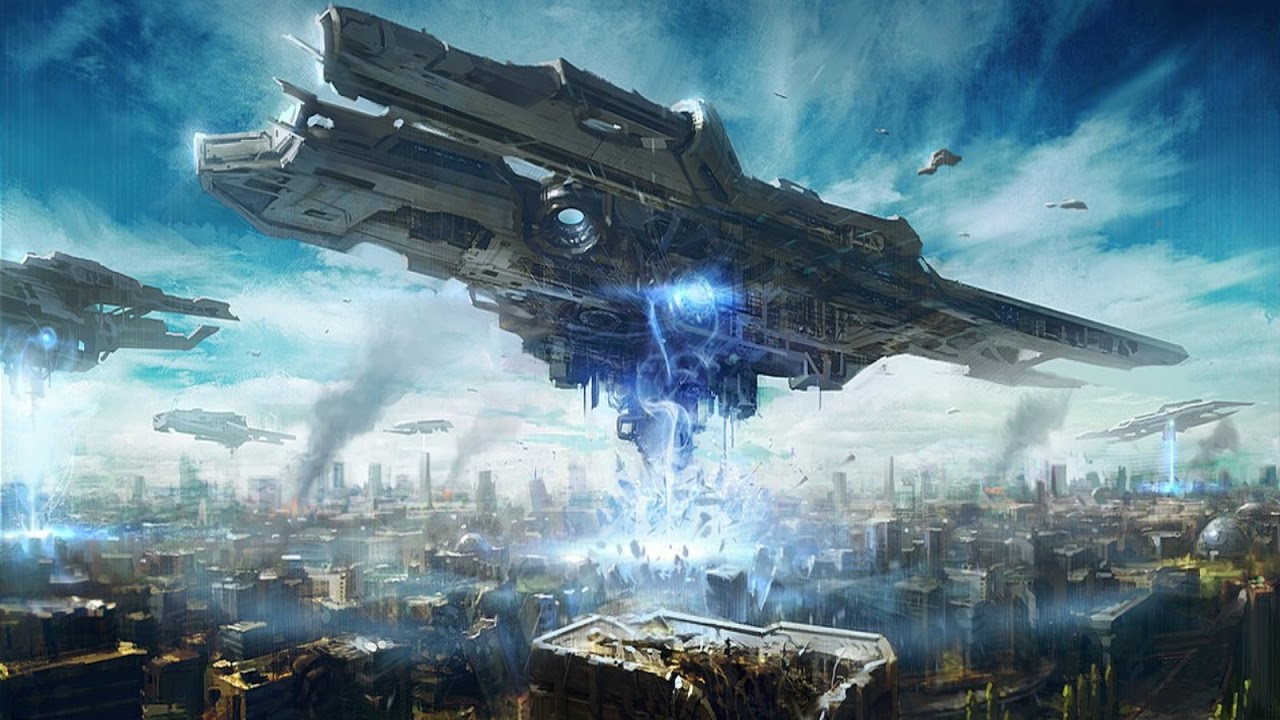 This is the scenario that movies like “Independence Day” or “Predator” often utilize. The invading aliens are advanced, capable of technology that traverses interstellar space with ease. They arrive on Earth, seeing its resources as ripe for the taking. They invade, seeing humans as nothing more than annoying insects. They deal with them the same way we deal with ants.

While those movies often build stories around human beings finding a way to win the day, either by discovering a hidden weakness or somehow hacking alien computers, it’s doubtful that this is how it would play out. If an alien species is hostile and they have access to technology so advanced that it might as well be magic to lesser species, then we have no chance.

In some cases, humanity could survive by simply avoiding the aliens and live underground in hopes that they’ll eventually leave. If the invaders are intent on turning Earth into a base or strip-mining it entirely, then that’s just delaying the inevitable.

In other cases, the invading aliens could see humanity as lab rats or pets. The only reason they would keep some humans alive would be as resources. On many levels, it would be even worse than slavery because the aliens wouldn’t even value anything we could do. They would just value our flesh the same way we might value a mineral.

One way or another, humans don’t survive this invasion. We either get wiped out with ease or turned into glorified pets for aliens. It’s the one alien contact scenario we would want to avoid and one that the late Stephen Hawking dreaded the most. While I think it’s unlikely that we’ll encounter intelligent aliens this hostile, I don’t deny that it’s still a frightening possibility.

This is something a lot of common sci-fi tropes rely on. You have a race of aliens advanced enough to master inter-stellar travel, but incompetent enough to lose a war against a bunch of hairless apes who kill each other over what they think happens when they die. Essentially, any story in which humanity defeats invading aliens has to rely on this.

While there are plenty of absurdities inherent in those stories, it’s not impossible to imagine an invading alien race that’s incompetent. We assume that any advanced alien race that can travel across interstellar space has to be competent to some extent. However, just because they can travel across the stars doesn’t mean they’ll be effective invaders.

The best example of this, in my opinion, comes from a series of novels by Harry Turtledove entitled “Worldwar.” In the story, an alien race invades Earth in the middle of World War II. However, the aliens in this story aren’t some unkillable monstrosities like the Xenomorphs. They’re a race of reptilian creatures who just made some false assumptions.

In the novels, which I highly recommend, the aliens advance at a much slower pace than humanity. What takes us 100 years to produce technologically takes them 1,000. When they first observed Earth, we were in medieval times. They assumed that humans advanced at a similar rate and would be push-overs by the time their fleet arrived. They were dead wrong.

If humanity ever has to deal with an alien invasion, these are the kinds of invaders we should hope for. It’s not just that they make false assumptions and grossly underestimate other species. An invasion by inept aliens means humanity has a fighting chance.

While it may still make for a bloody and brutal war, like the one that unfolds in the “Worldwar” series, that war may ultimately unite the human race in ways that would not be possible in any other scenario. Former President Ronald Reagan even pointed this out in a famous speech to the UN and I think he’s right.

Humanity has never had a singular existential threat that would require every race, ethnic group, and nation to unite. For our entire history, we’ve never had to deal with an advanced species trying to wipe us out. Having that threat means we have to work together or die. No matter how much humans disagree over trivial things, survival tends to overrule petty grievances.

In the long run, that kind of unity might help the human race come together in a way we can’t imagine, given our current state of disunity. As bad as a war against alien invaders can be, it could bring out the best in us if we have a fighting chance. Unfortunately, that chance is contingent on the invaders being incompetent and I think that’s hoping for too much.

Most Likely Scenario: Aliens Invaders Are Indifferent To Humanity

Of all the invasion scenarios, both in fiction and those with a passing connection to reality, I think this is the most likely. Again, it assumes that invading aliens are competent enough to get what they want, regardless of whether or not the human race wants it. If their technology is sufficiently advanced, it won’t matter what humanity wants.

However, that doesn’t necessarily mean that aliens see humans as bugs that need exterminating. It’s far more likely that they’ll see humans the same way drivers see an ant hill on the side of a major highway. They’ll barely notice. They might not even realize we’re there and we, in turn, might be completely oblivious to them.

Even if Earth has some resource that invading aliens want, it makes more sense to just take it without humans noticing. That way they don’t have to fight a war. It’s not that they couldn’t win that war with ease. It would just be exceedingly inconvenient. It would be like blowing up a dam just to water your garden.

For all we know, this has already happened. There may have been multiple occasions where intelligent aliens have passed by our planet, dropped in, and taken some resources without anyone knowing. Given how humans have only existed on this planet for a small fraction of its history, it’s entirely possible that advanced aliens have already visited and determined there’s nothing worth seeing.

Even if they did arrive at a time when humans were present, they would be plenty advanced to either evade detection or fool anyone they came across. The human brain is easy to trick, especially if aliens have some sort of cloaking technology or can shape-shift like the Skrulls in Marvel Comics. Deceiving people, even in today’s connected world, wouldn’t be too tricky for them.

If the aliens just want something minor that doesn’t require exterminating all life on Earth, it makes more sense to just slip in and take it. The only reason invading aliens would ever be hostile in this scenario is if humans got in their way or created an obstacle, of sorts. In that case, it wouldn’t entirely be the fault of the aliens for attacking.

I think this is most likely because I believe, in our current form, humans haven’t done enough to really make themselves worthy of contact with intelligent aliens. Sure, we have a space program and we’ve created world-ending technology, but we haven’t shown an ability to affect much beyond our own planet. I think until that changes, any advanced alien civilization wouldn’t have much interest in us.

That’s still assumes a lot about the intentions of advanced alien life, which can certainly be wrong. However, until we actually meet alien life, we won’t know what to expect. There are plenty of possibilities in which such contact would benefit the human race immensely, but there are far more possibilities in which that event goes horribly wrong.